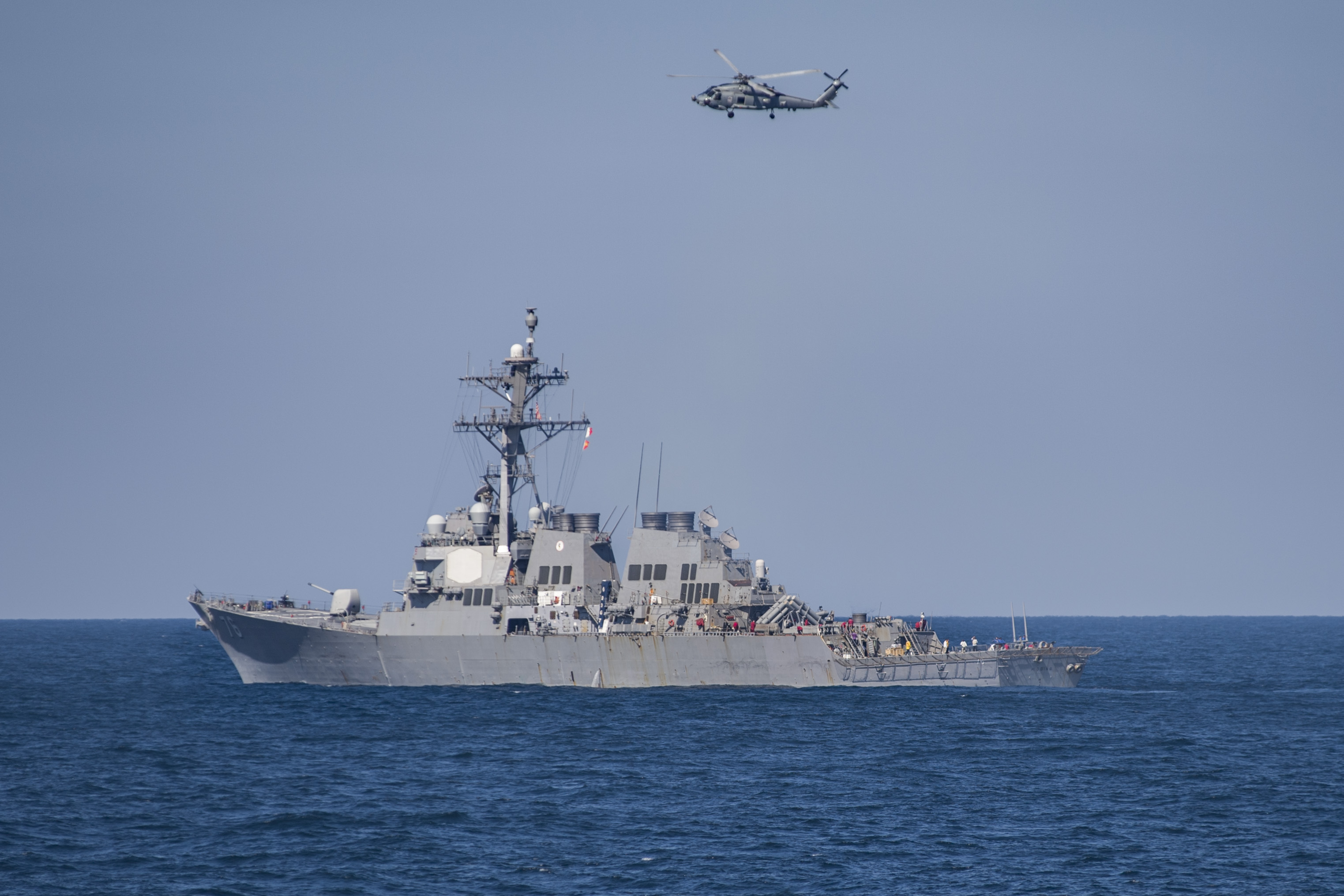 Navy officials are pushing back against claims that a U.S. destroyer was chased away from an Iranian military combined exercise in the Gulf of Oman by naval forces.

On Monday, Iranian state-controlled press reported that Iranian unmanned aerial vehicles chased away a U.S. ship and another warship that were too closely monitoring two days of exercises near the Makran coast, close to the Gulf of Oman.

“This morning and in the first hours of the drills, two warships of the coalition which had approached the drills zone to monitor the Iranian Navy units were identified by the Navy drones,” Rear Admiral Seyed Mahmoud Moussavi told the state-controlled Fars news service.
“After declaring the issue to the drills’ tactical base, the patrolling and reconnaissance planes flew over the coalition warships and warned them and the warships left the drills zone.”

In a statement to USNI News, U.S. 5th Fleet spokesman Cmdr. William Urban said the actions of the Iranians did not affect U.S. operations in the region.

“One U.S. warship operating in the Gulf of Oman received a transmission from Iranian maritime forces announcing an Iranian exercise,” Urban said in a statement.
“The U.S. warship continued to execute its mission and did not alter operations as a result of the radio transmission.”

5th Fleet did not specify what U.S. ship was involved, but a U.S. defense official told USNI News on Tuesday the ship was the guided-missile destroyer USS Higgins (DDG-76). Higgins is assigned to the Theodore Roosevelt Carrier Strike Group that is operating in the Middle East as part of Operation Inherent Resolve.

An Iranian drone came within 200 feet of an F/A-18E Super Hornet attempting to land on the aircraft carrier USS Nimitz (CVN-68) on Aug. 8, 2017. Less than a week later, a second unmanned aircraft came within 1,000 feet of the carrier.