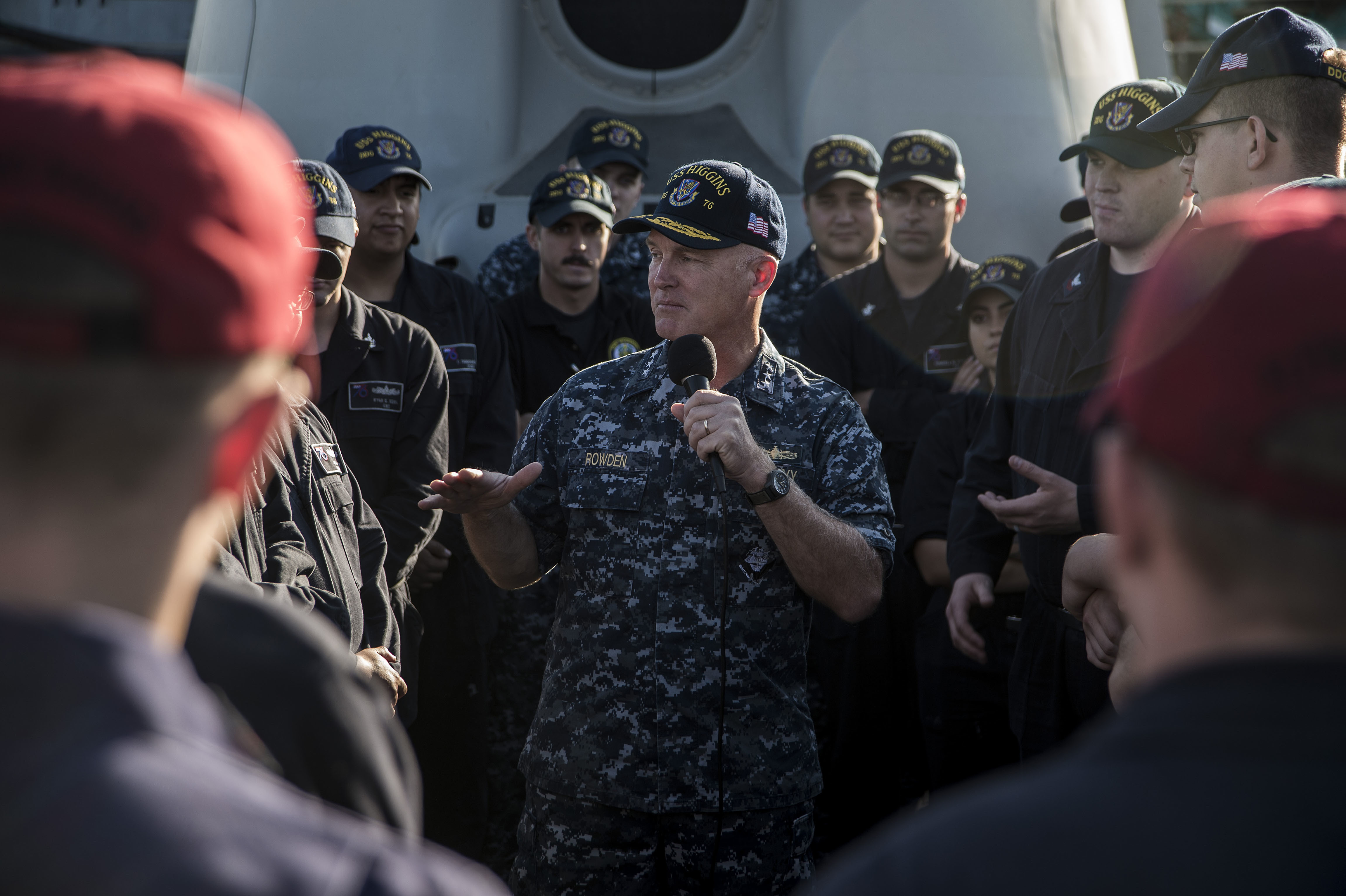 The head of U.S. naval surface forces will be replaced this week following the results of an independent investigation into the two fatal collisions in the Western Pacific that claimed the lives of 17 sailors, several defense officials confirmed to USNI News this week.

Vice Adm. Tom Rowden was set to retire in a ceremony on Feb. 2 before being replaced as commander of U.S. Surface Forces (SURFOR) and U.S. Surface Force Pacific (SURFPAC) but will instead quietly depart the position to allow his replacement, Rear Adm. Richard Brown, to take charge sooner.

A spokesman for Rowden did not return messages for comment.

Rowden’s earlier-than-expected departure was a direct result of findings from an independent look into the factors behind the collisions of USS John S. McCain (DDG-56) and USS Fitzgerald (DDG-62) in the Western Pacific by head of Naval Reactors Adm. James F. Caldwell.

Caldwell reported his findings to Chief of Naval Operations Adm. John Richardson and other Navy leaders over the weekend that included unspecified disciplinary actions for Rowden that resulted in the early turnover, several sources confirmed to USNI News.

Rowden had already agreed in September to leave the Navy early following a preliminary investigation into the Aug. 21 collision between McCain and a chemical tanker that found a poorly trained watch team lost control of the destroyer in a busy waterway off Singapore, USNI News reported at the time. The collision killed 10 sailors.

The McCain incident followed a June 18 collision between Fitzgerald and cargo ship ACX Crystal in which a watch team and the officer of the deck on duty ignored the commander’s standing orders and led to a collision that killed seven sailors and injured three others, including the ship’s commander.

Rowden’s early exit precedes additional action from the Navy as part of Caldwell’s findings. It’s unclear what additional accountability actions Caldwell recommend for those beyond Rowden.

Caldwell was appointed as the Consolidated Disposition Authority (CDA) for administrative and disciplinary actions related to the Fitzgerald and McCain collisions by Vice Chief of Naval Operations Adm. Bill Moran in late October.

He was tasked to “provide a fresh, independent perspective. The complexity, scope, and the tragic consequences of these collisions warrant that the Navy exercise due diligence to ensure that the Navy acts fairly and appropriately,” read a Navy statement provided to USNI News in late October.
“Appointing a CDA ensures that the process will be thorough, fair, impartial, and efficient.”

CNO Richardson and Secretary of the Navy Richard V. Spencer are set to appear before the House Armed Services seapower and projection forces subcommittee on Thursday to testify on the two reviews conducted following the Western Pacific collisions.

To date, the Navy has removed commanders and executive officers of both McCain and Fitzgerald; Capt. Jeffery Bennett, commodore of the Japan-based Destroyer Squadron 15 to which both ships belonged; the Japan-based task force commander, Rear Adm. Charles Williams; and the commander of U.S. 7th Fleet, Vice Adm. Joseph Aucoin.