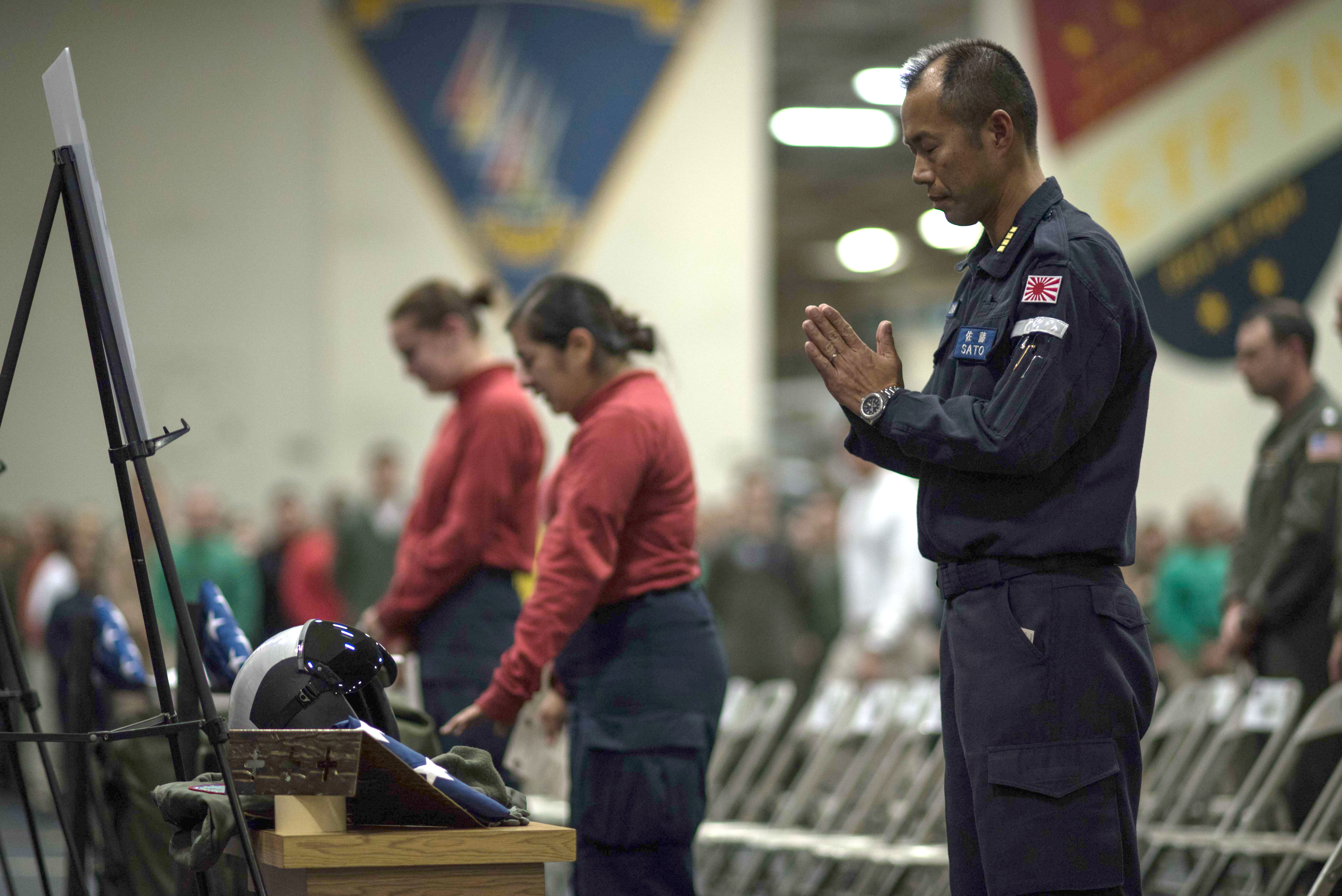 The Navy located the wreckage of the C-2A Greyhound that crashed in the Philippine Sea on Nov. 22, 2017, and hopes to map the debris field and eventually recover the airplane.

The service announced on Saturday that a team found the C-2A at a depth of 18,500 feet, which would make an eventual recovery very challenging due to the extreme depth.

U.S. 7th Fleet spokesman Cmdr. Clay Doss told USNI News today that the Navy would spend the next several weeks mobilizing the team and equipment needed for the debris field mapping and recovery phase of work. The Navy will be using the same Cable-controlled Undersea Recovery Vehicle (CURV-21) and side-scan sonar systems that last month participated in the international search for missing Argentine submarine ARA San Juan (S-42). Doss said those systems will be redeployed from U.S. 4th Fleet to U.S. 7th Fleet to help recover the wreckage of the C-2A.

The Navy’s Supervisor of Salvage and Diving (SUPSALV) deployed a team from Washington to Japan last month to search for the plane’s emergency relocation pinger with a Navy-owned towed pinger locator (TPL-25) system. After a weather-related delay, the TPL was sent to search the ocean floor on Dec. 29. The system found the pinger within about a week.

“The C-2A rests at a depth of about 18,500 feet, making the salvage phase of this operation the deepest recovery attempt of an aircraft to date,” according to a Navy news release.
“In the coming weeks, the team will return to the site with a side-scan-sonar (SSS) and remotely operated vehicle (ROV) to map the debris field and attach heavy lines for lifting the aircraft to the surface. Despite very challenging conditions, every effort will be made to recover the aircraft and our fallen Sailors.”

Doss told USNI News that the TPL detected the frequency of the C-2’s emergency beacon but did not take any imagery or gather any additional information, so the Navy still does not know the condition of the airplane.

The C-2A assigned to the Fleet Logistics Support Squadron (VRC 30) crashed on Nov. 22 while carrying personnel to forward-deployed carrier USS Ronald Reagan (CVN-76). Eight sailors were rescued by Navy Helicopter Sea Combat Squadron (HSC 12) after the crash, but three were not immediately found. Ronald Reagan led a three-day search by U.S. and Japanese assets for the missing sailors near the crash site, off the coast of Okinawa, but the sailors were ultimately declared lost at sea and presumed dead.

The Navy announced last month that the depths of the waters near the plane’s last known location exceeded 16,000 feet, the limit of the salvage equipment in theater, necessitating the deployment of D.C.-based assets.

The Navy has not yet released information on the cause of the crash, and an investigation into the crash is ongoing.