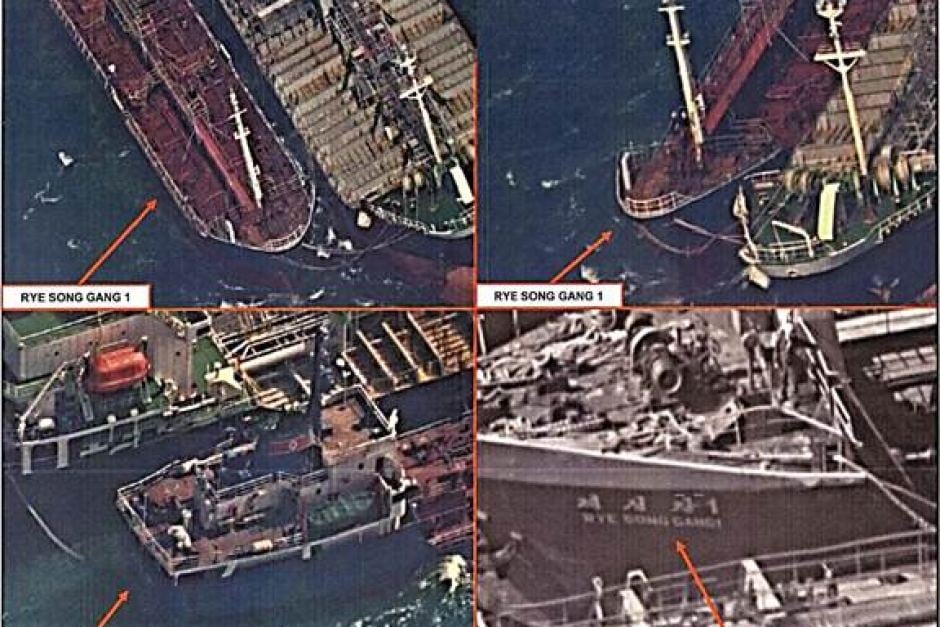 A recent attempt by Korea Kumbyol Trading Company’s vessel RYE SONG GANG 1 to conduct a ship-to-ship transfer, possibly of oil, in an effort to evade sanctions on Oct. 19, 2017. Dept. of Treasury Photo

The ship in question, Lighthouse Winmore, was seized and the crew questioned in November, but the story is only now being told after a Korean newspaper published a U.S Treasury Department release with aerial reconnaissance photos depicting the alleged ship-to-ship at-sea fuel transfer.

Selling fuel while it’s being transported is quite common among commodities firms, but transferring fuel between tankers and ships bound for North Korea is prohibited by United Nations Security Council Resolution 2375, which was passed on Sept. 11. 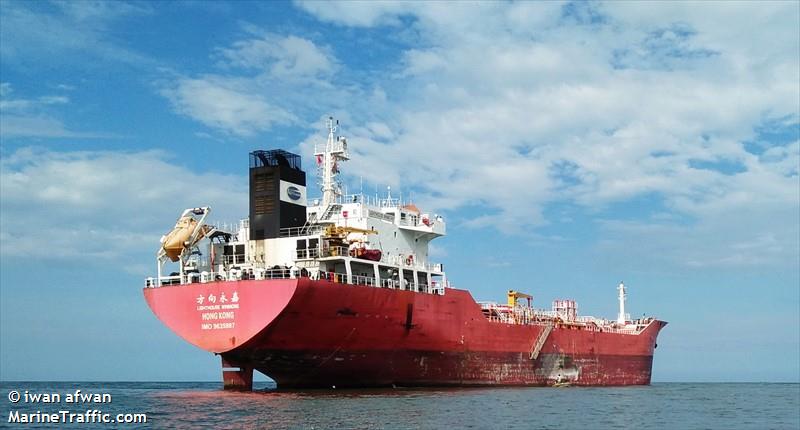 Current UN sanctions prohibit most sales of fuel oil to North Korea, a move applauded by Nikki Haley, U.S. ambassador to the U.N. on Dec. 22. Doing so follows U.S. efforts to squeeze North Korea’s ability to fund its nuclear weapons programs, but cutting off both access to cash used to fund the program and by draining North Korea’s coffers by making ordinary products much more expensive to purchase.

This type of activity, using transferring oil between foreign flagged ships at sea, is a relatively new way for North Korea to try evading international sanctions, Lisa Collins, a fellow with the Korea Chair at the Center for Strategic and International Studies, told USNI News.

While it’s hard to quantify how common this practice is for North Korea, Collins said that it apparently occurred twice recently “indicates North Korea is feeling a squeeze in this area and the efforts to keep North Korea from using their own ships or ships flagged from other countries is leading them to find other ways to evade detection.”

Once in international waters, it becomes much harder to track ships or stop them from being involved in illegal activities, Collins said. “The ships turn off their transponders so they can’t be tracked.”

This is why Collins said communication between countries and surveillance help from the U.S. becomes in important. Information, such as when a ship left port and is due at its next stop, can be monitored for suspicious activity. If the ship’s tracking devices turn off, it could possibly be surveilled, such as by a satellite.

Lt Cmdr. Nate Christensen, a spokesman for the U.S. Pacific Fleet, wouldn’t discuss intelligence matters but did say, “U.S. Naval forces operate routinely in the Pacific every day – as we have done for the past seven decades. Our mission in the Pacific is clear: to provide security and stability to the region by being where it matters, when it matters, with what matters. We do this by deterring suspected illegal activities, countering violent extremism and strengthening our partner nations’ capabilities to promote a safe and secure maritime environment.”

In the past, the presence of U.S. Navy ships has thwarted suspected sanctions violations involving North Korean vessels. In 2009, USS John S. McCain (DDG-56) tailed a North Korean vessel Kang Nam suspected of carrying weapons. Ultimately, the cargo ship returned to North Korea before it could be searched.

Collins said the safest option now is for countries to continue following South Korea’s lead by waiting for suspected ships to pull into a port. Trying to stop a ship at sea, Collins said, “increases the danger of something happening. Trying to capture or board a ship once they’ve reached the port is the safest thing to be done.”