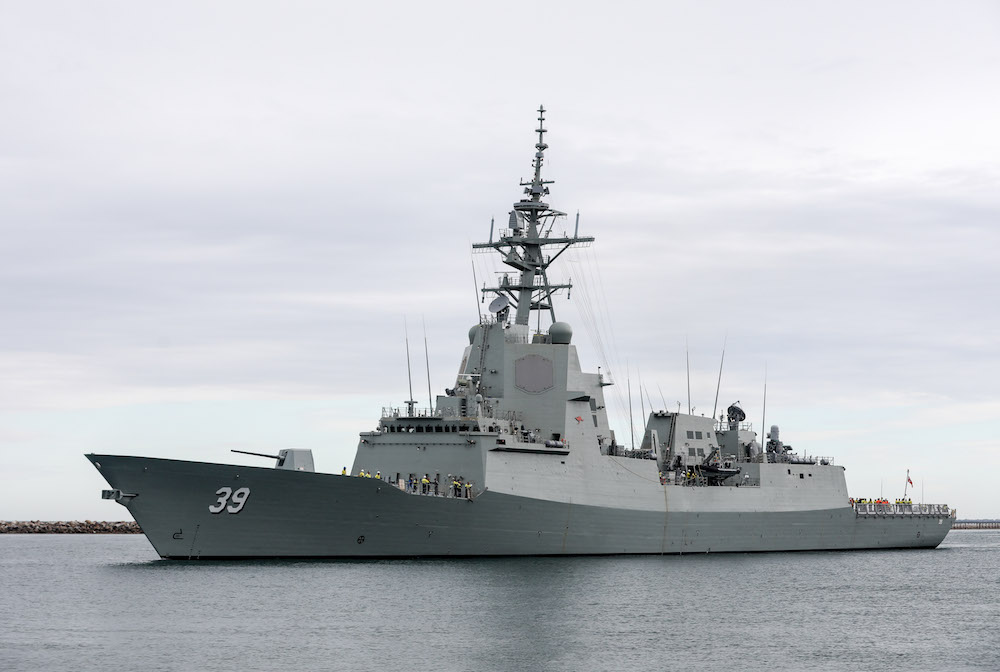 Raytheon’s Cooperative Engagement Capability system – a key enabler of the U.S. Navy’s Naval Integrated Fire Control-Counter Air (NIFC-CA) construct – will be certified by the U.S. Navy for its first international installation aboard the Royal Australian Navy’s guided-missile cruiser HMAS Hobart (DDG-39), Raytheon recently announced. The company has completed its design, development and testing and is awaiting Navy certification before delivering the system to Australia in the coming months, according to a company news release.

“The addition of CEC is a major building block for Australia in their defense against anti-air warfare threats in the Pacific Region,” U.S. Navy Capt. Jonathan Garcia, CEC major program manager within the Program Executive Office for Integrated Warfare Systems, said in the Raytheon news release.
“This delivery to Australia marks a significant first – expanding the CEC network globally and increasing the U.S. Navy interoperability with a valued, strategic ally.”

Hobart, commissioned in September, is equipped with the Aegis Combat System and its AN/SPY 1D(V) phased array radar. When used in combination with the SM-2 missile, Hobart can provide an advanced air defense system capable of engaging enemy aircraft and missiles more than 90 miles away, according to the Australian Navy.

CEC will expand the ship’s battle space awareness by sharing sensor data among a network of other Australian and allied CEC-equipped ships and aircraft and pulling all that real-time data into a single integrated picture for operators aboard the destroyer, according to a statement released by Raytheon.

Australia is one of three Pacific allies — along with Japan and South Korea — investing in the Aegis Baseline 9 upgrade for their surface combatants. The addition of CEC further increases the ability for the Royal Australian Navy to operate alongside the U.S. and allied navies, giving the ships the ability to share targeting and other data in real time with ships and planes operating in the Pacific.

Starting in early 2018, Raytheon will begin transferring certified hardware and software for installation aboard Hobart and sister ship Brisbane (DDG-41). Raytheon will provide support throughout the integration, testing and sea trials.