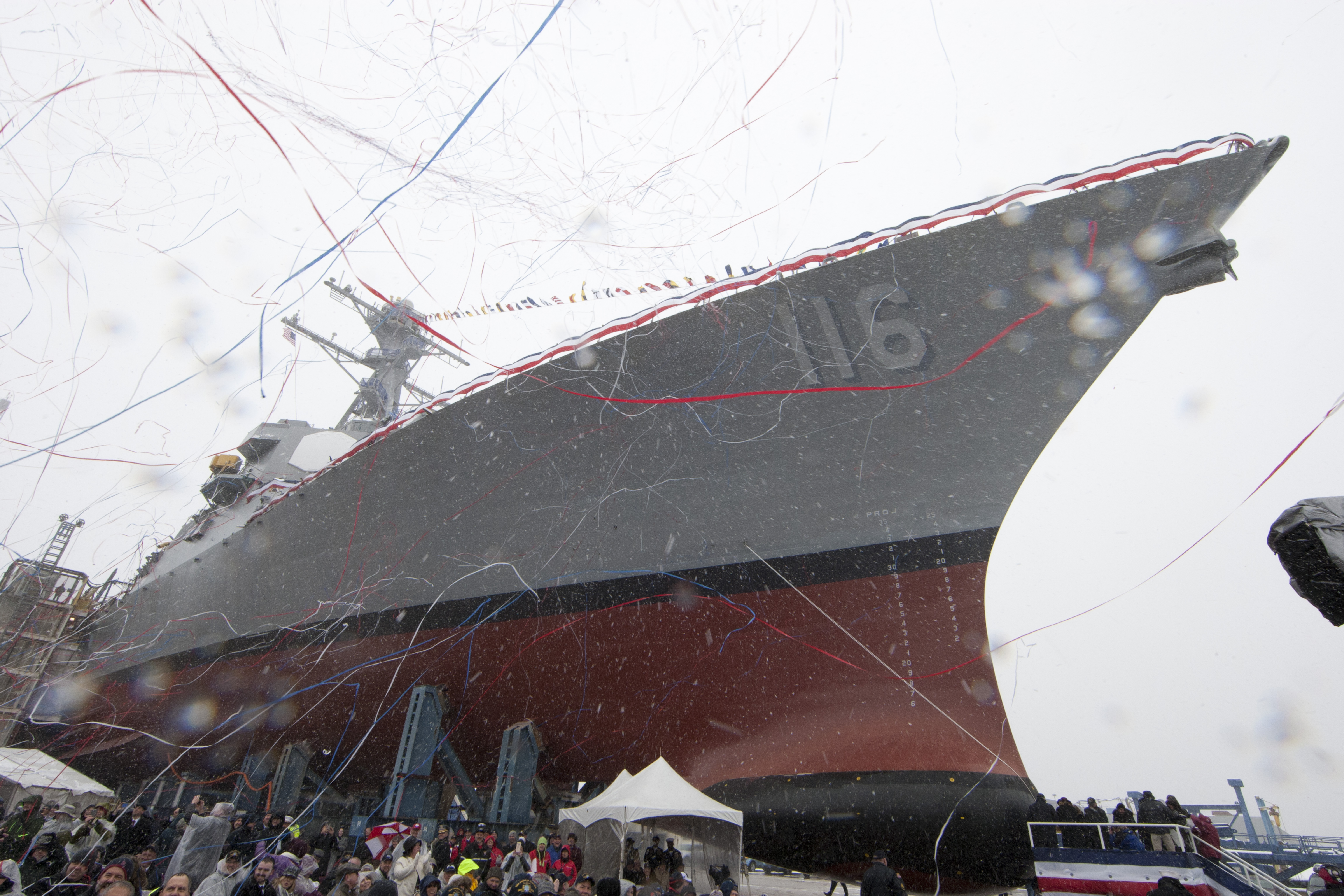 WASHINGTON NAVY YARD — The Navy is preparing to release the request for proposals (RFP) for at least 10 Arleigh Burke-class guided-missile destroyers (DDG-51), with a presolicitation notice going out on Dec. 14 and the RFP set for release within the next month, the DDG-51 program manager told USNI News.

Capt. Casey Moton said the multiyear contract, which covers Fiscal Years 2018 through 2022, would be written in a flexible way to account for some uncertainty in destroyer acquisition rates in the coming years.

In the National Defense Authorization Act of Fiscal Year 2018, which has already been signed into law, the House and Senate authorizers gave the Navy permission to buy as many as 15 ships in the upcoming multiyear procurement contract. However, the House and Senate appropriators have not yet agreed to that: the House defense spending bill does not specify a quantity of ships for the upcoming contract, but the Senate defense spending bill allows for just 10 ships in the contract.

Additionally, the DDG-51 program is one of the top two talked-about programs for early efforts in a Navy buildup to a 355-ship fleet, but the specifics of that buildup have not yet been hashed out.

“For [the current fiscal year, 2018], I think we’re at Navy’s budget request, which is two ships, unless something were to happen in final conference on the approps bill,” Moton told USNI News. The NDAA added funding for a third ship this year but the appropriators do not seem interested in providing the money to buy that additional DDG, though they’ve yet to pass a final defense spending bill for the year.
“For future ships, we’re planning on an options construct in the RFP to give us the flexibility of added ships if we need to. And we’re doing that for two reasons: one is because we know that occasionally Congress tries to add ships, and we’re also doing that because obviously there’s a lot of work going on in the Navy and on the Hill on a path to 355, and so from a contractual standpoint we wanted to have a construct in place that would allow us to ramp up if we needed.”

The five-year shipbuilding contract is planned to be awarded to the two builders, Bath Iron Works and Ingalls Shipbuilding, by the end of the current fiscal year.

Moton said that the program, now more than 60 destroyers into production and moving into its fourth flight design, has an “incredible cost baseline” to help inform cost estimates for the upcoming block buy. He said he’s confident in the new Flight III design, which will be introduced in two of the final three hulls of the current multiyear contract, and he said he’s confident the Navy will achieve the required 10-percent cost savings through buying the destroyers in a multi-ship multiyear deal. With the contract expected to yield about $1.8 billion in savings, “it’s like an extra ship, the multiyear gets us an extra ship.”

Moton said he could not discuss how the options would be handled – whether the builders would bid on them now or after Congress makes additional funds available – or other details of the competitive strategy ahead of the bidding process. But he did drive home that “I firmly believe that both shipyards are able to compete for this contract and are able to compete with each other strongly. I truly believe that. And so obviously I can’t disclose what our competitive strategy is going to be … but we’ve done a huge amount of work preparing for our RFP release and how we’re going to handle the competition.”

This FY18-22 contract would begin with DDG-128. The Navy earlier this year finalized a deal with Ingalls and BIW to insert the Flight III design upgrade into the end of the current multiyear contract, with hulls 125 at Ingalls and 126 at Bath being Flight III ships. DDG-127, which Congress added to Navy shipbuilding plans and incrementally paid for in 2016 and 2017, will be built by Bath Iron Works in the Flight IIA configuration.

“The fact that both builders are on contract for Flight III, we think it positions us well for the next multiyear,” Moton said.