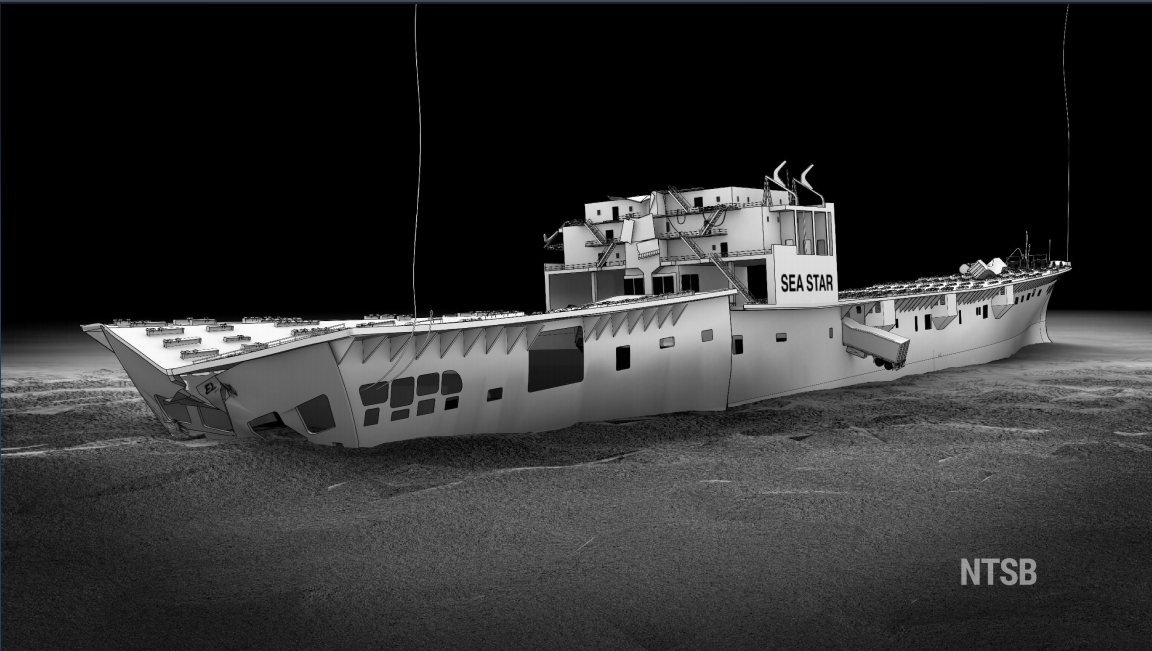 A NTSB Rendering of the sunken El Faro merchant ship.

The deadly 2015 sinking of cargo ship El Faro was caused by a combination of factors, including outdated equipment and poor seamanship, according to recent findings of federal investigators.

All 33 crew members died in the sinking, when El Faro sailed from Jacksonville into Hurricane Joaquin, while heading to Puerto Rico. The wreckage was discovered more than 15,000 feet below the sea surface, Northeast of Acklins and Crooked Island, Bahamas. The National Transportation Safety Board met Tuesday in Washington to determine the probable cause of El Faro’s sinking.

The ship was found by the Navy in November 2015 by a salvage team embarked on the Military Sealift Command ship USNS Apache (T-ATF-172).

The loss of El Faro is the worst maritime disaster since the 1983 sinking of SS Marine Electric in which 31 of the 34 member crew were lost 30 miles off the coast of Virginia.

“Not since 1983 has an American flagged merchant ship gone to the bottom in such an ugly way,” merchant captain Allen Baker wrote at the time in The Baltimore Sun.