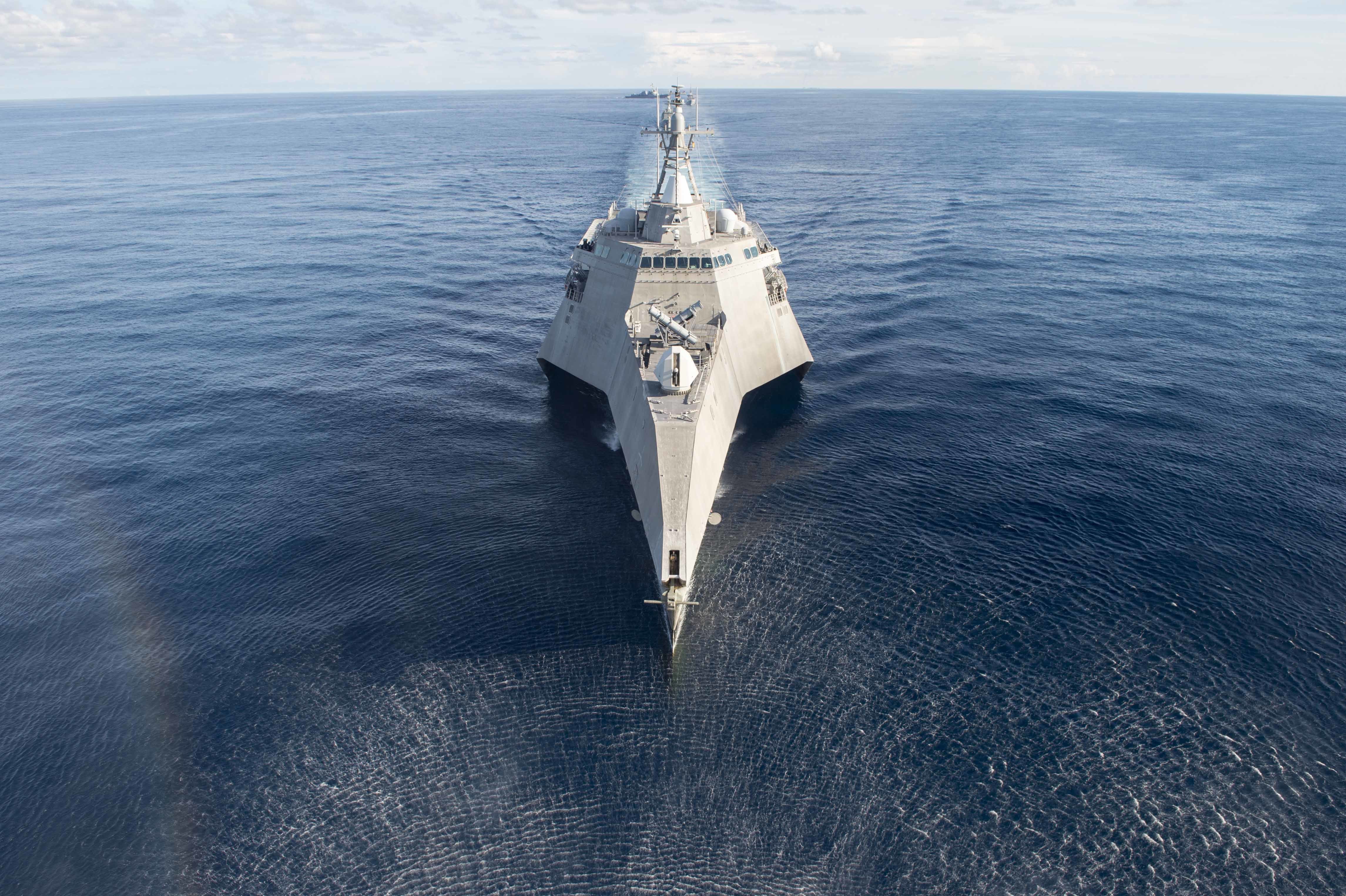 The command intends to build upon on this year’s successful engagements, which were carried out by the Littoral Combat Ship USS Coronado (LCS-4) and the Expeditionary Fast Transports (EPF) USNS Millinocket (EPF-3), USNS Fall River (EPF-4) and USNS Brunswick (EPF-6). The new engagements will be paired with a more flexible framework that allows the U.S. Navy to develop opportunities for training with regional navies on shorter notice.

The engagements are intended to complement the long-standing exercises already ongoing under a scheduled and formal planning cycle.

“We benefit greatly from year-long planning engagements with our partners in exercises like CARAT and SEACAT (Southeast Asia Cooperation and Training),” Gabrielson said.
“We’re using these strong relationships we’ve built with regional navies over the past 20-30 years to generate additional opportunities to train at sea together in ways that benefit all of our navies.”

As such the command is working on a framework that allows partner nations to conduct a short notice exercise or engagement based on a pre-agreed list of activities. “What happens often is our ships are underway or passing through the region and the dynamic nature of naval operations means that we don’t always have a year to plan when a ship is going to be in a particular place, so sometimes we miss opportunities to conduct training with our partners.”

Gabrielson said that the countries involved will be announced later and these regional engagements will largely involve the use of the LCSs and EPFs, whose size and shallow drafts enable them to operate in most of the littoral waters in the region and visit many shallow water port and naval facilities prevalent across South and Southeast Asia. In addition, with the routine presence of LCS and EPF in the region, these ships are fostering relevant cooperation and training opportunities with partner nations, particularly the smaller littoral navies. This is in contrast to destroyers or cruisers, which are challenged by limited accessibility and whose skill sets and capabilities can be sometimes too high-end for littoral navies focusing on maritime security and preventing terrorism and piracy at sea.

“We’re using the LCSs and EPFs, both individually and together, to conduct these engagements because they are the right-sized platforms and frankly they bring the right kind of skills for many navies to take on the challenges that they are dealing with,” said Gabrielson, adding that LCS and EPFs have access to over a thousand port locations in the littoral regions of South and Southeast Asia while larger ships like destroyers only have access to about a dozen locations. 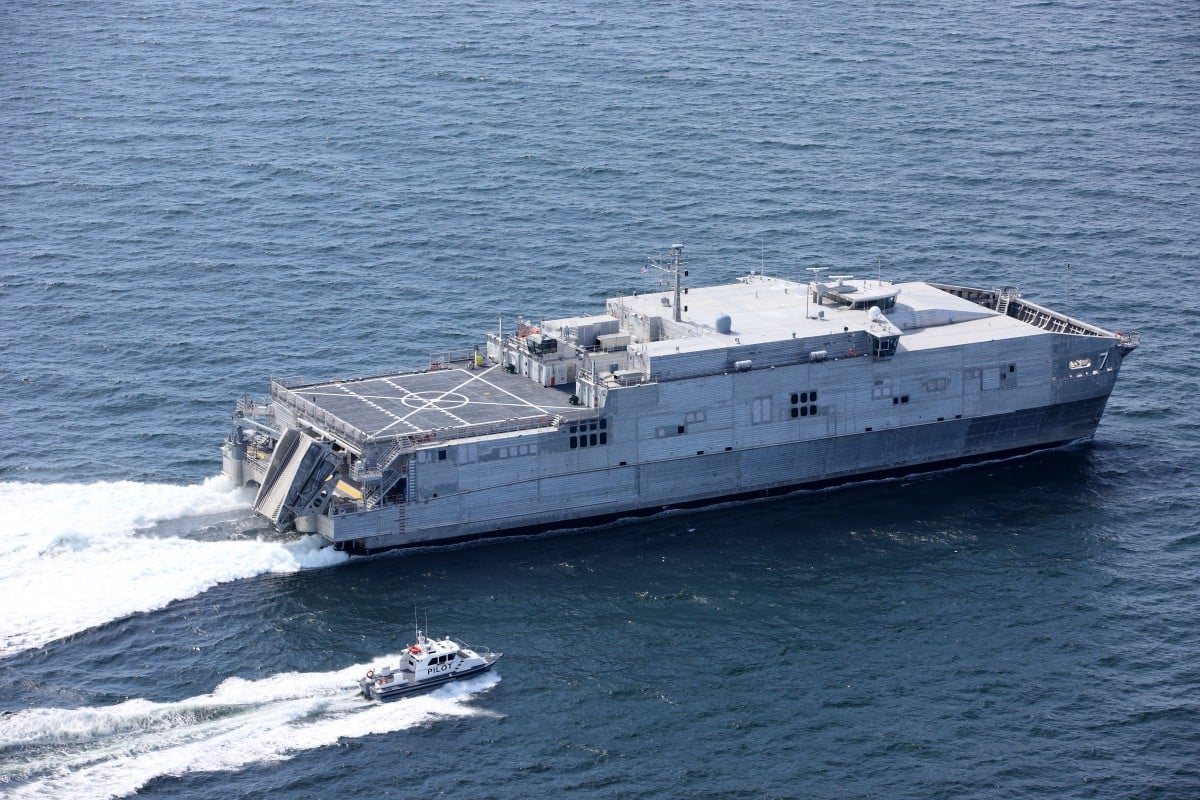 Gabrielson stated that the 2018 planned deployment of two LCSs is expected to begin at the earliest in mid-2018, but the LCS gap till then will be covered by the ongoing presence of the three EPFs in the region, whose reconfigurable operating spaces and shallow drafts allow it to operate in similar littoral areas suitable for the LCS. He added that the successful 14-month deployment of Coronado marked a milestone in validating the ability to operate the LCS in the region while paving the way to operate greater numbers of LCSs simultaneously.”

“We were able to perform expeditionary maintenance availabilities in Vietnam, Malaysia, and Guam where we actually loaded equipment, in some cases on an EPF and in other cases we flew it there,” Gabrielson said.
“This gave us a lot of operational flexibility on the deployment.”

Gabrielson summed up that the primary conclusion from the rotational deployment of Coronado is that the Navy is ready to support more LCS and EPF to operate in the region and enhance partnerships and training opportunities with regional navies.

“We’re ready to have more LCSs deployed in the region,” said Gabrielson, “But we have to balance that with the requirements for readiness and crew training… The U.S. Navy is committed to the agreement with Singapore to operate multiple LCSs in the region and we’re on a solid path to achieve that goal.”