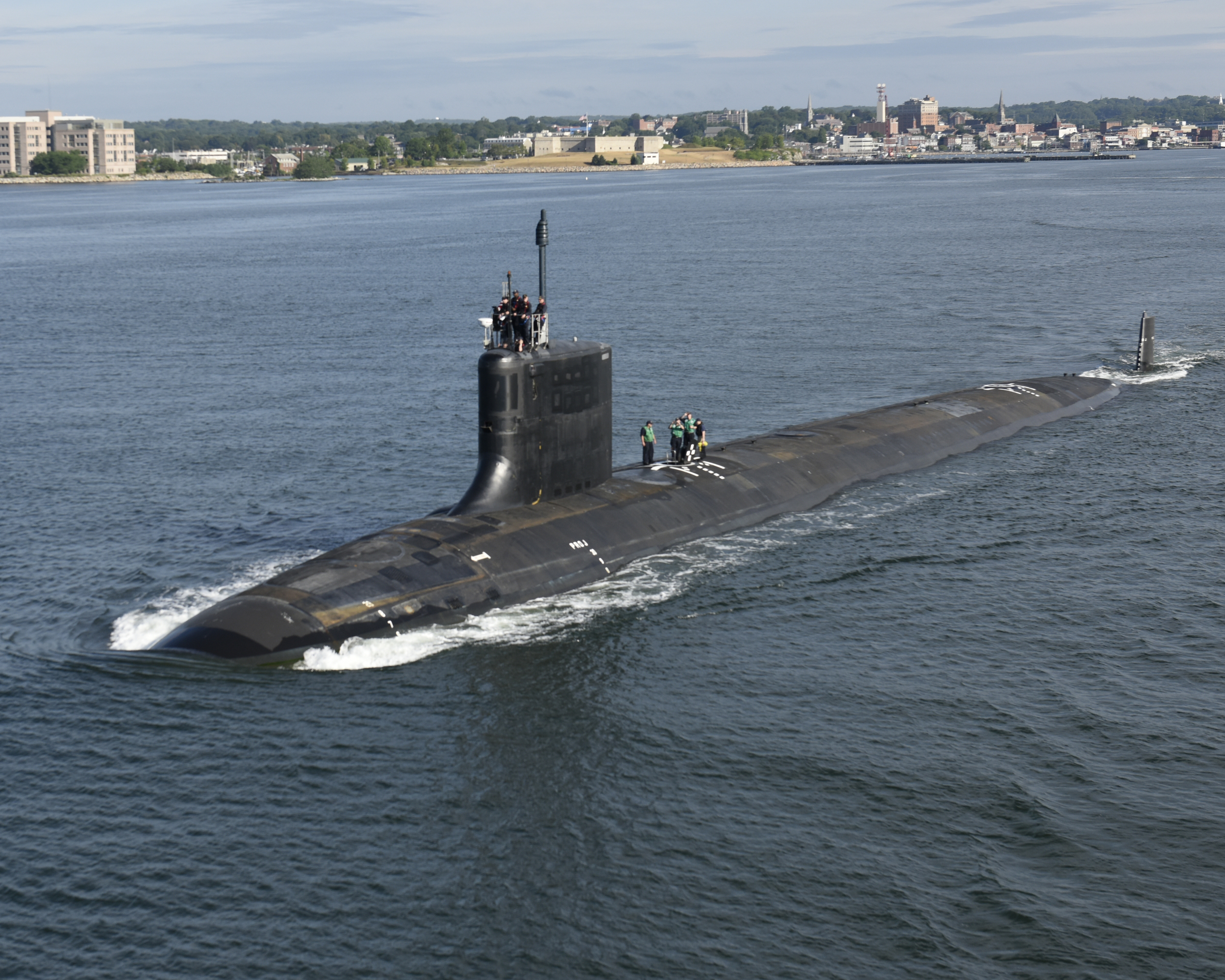 The Virginia-class submarine program office is looking to get its attack boats out to the fleet faster through shortening the post-shakedown availability period to just three months, the program manager told USNI News.

Capt. Mike Stevens said at the annual Naval Submarine League symposium that operational commanders wanted more boats and faster, and while procurement rates cannot be bumped up in the near-term, the transfer of new construction boats to the fleet could be sped up a bit. PSAs are currently contracted to last six months, but the last two boats, USS John Warner (SSN-785) and USS Illinois (SSN-786), wrapped up early.

“We put our foot on the gas pedal and we pressed on the post-shakedown availabilities to get those shortened so that we can get these very fine submarines just out to the fleet faster,” Stevens said at the Nov. 1 event.
“It’s such an advantage for the crew, which come through all those trials and has done so much to get up to speed, and go through the acoustic trials and the weapons systems acceptance trials, and they’re really at a fine point in terms of proficiency. And then to just go in for a short post-shakedown availability and march right into their fleet readiness training program is really advantageous to the fleet and it keeps the crew in one piece so they don’t break up after a long post-shakedown availability.”

Stevens spoke to USNI News today and said that reaching this three-month PSA goal was built into the acquisition plan and comes as the program design and construction has matured.

“The big thing we’re seeing is we’ve updated the tactical systems already in the new construction build cycle, so that doesn’t require any sort of upgrade in PSA,” he said.
“Right off the bat that allows us to get well below six months. The other thing, as the building program has matured, we’re deferring less and less work. And the work that we do defer, we have an understanding of it, so it’s much easier to anticipate just exactly what the workload will be in the PSA. We’re pretty confident that within the next couple of ships, probably about the 791, we’ll be down to about three months for the post-shakedown availability, which the good thing for the fleet is that’s just more operational time that the fleet has to use the ship.”

Stevens told USNI News that the actual shakedown period itself is being trimmed a bit, down to a three- to four-month range, as the program identifies efficiencies in the test schedule after a boat is delivered to the Navy. He noted it would be harder to reliably keep to a shorter shakedown schedule, since weather, test range availability and other factors come into play. But ideally, between the effort to shorten the shakedown period and shorten the PSA, operational commanders should be able to start working with an SSN about six months after delivery.

“It is challenging on the crew to maintain that operational proficiency when you’re in a drydock. Minimizing that time so they can do what we’re training them to do is really our goal here,” Stevens said.
“The real gain that we’re after, besides just increase operational availability, is it’s really beneficial to the crew because they maintain their operational proficiency if we can just keep a good steady pace through all of this and have that shortened PSA. They come out of the PSA with that same or close to that same level of proficiency that they were able to gain through the new construction testing and trials process. So it really leaves the crew in a better position, and obviously the fleet has more operational availability.”

Program Executive Officer for Submarines Rear Adm. Michael Jabaley said at the Sub League event that the high quality of submarine construction and the improved delivery timeline would support the program’s goal to reach a three-month PSA. With less work being intentionally deferred, and less work being created during the shakedown – the test period is meant to run the boat hard and identify anything broken, defective or poorly constructed on the sub, so a better quality boat generates less work for PSA – Jabaley said the program is capable of reaching its goal by the end of Block III, with the future Delaware (SSN-791).