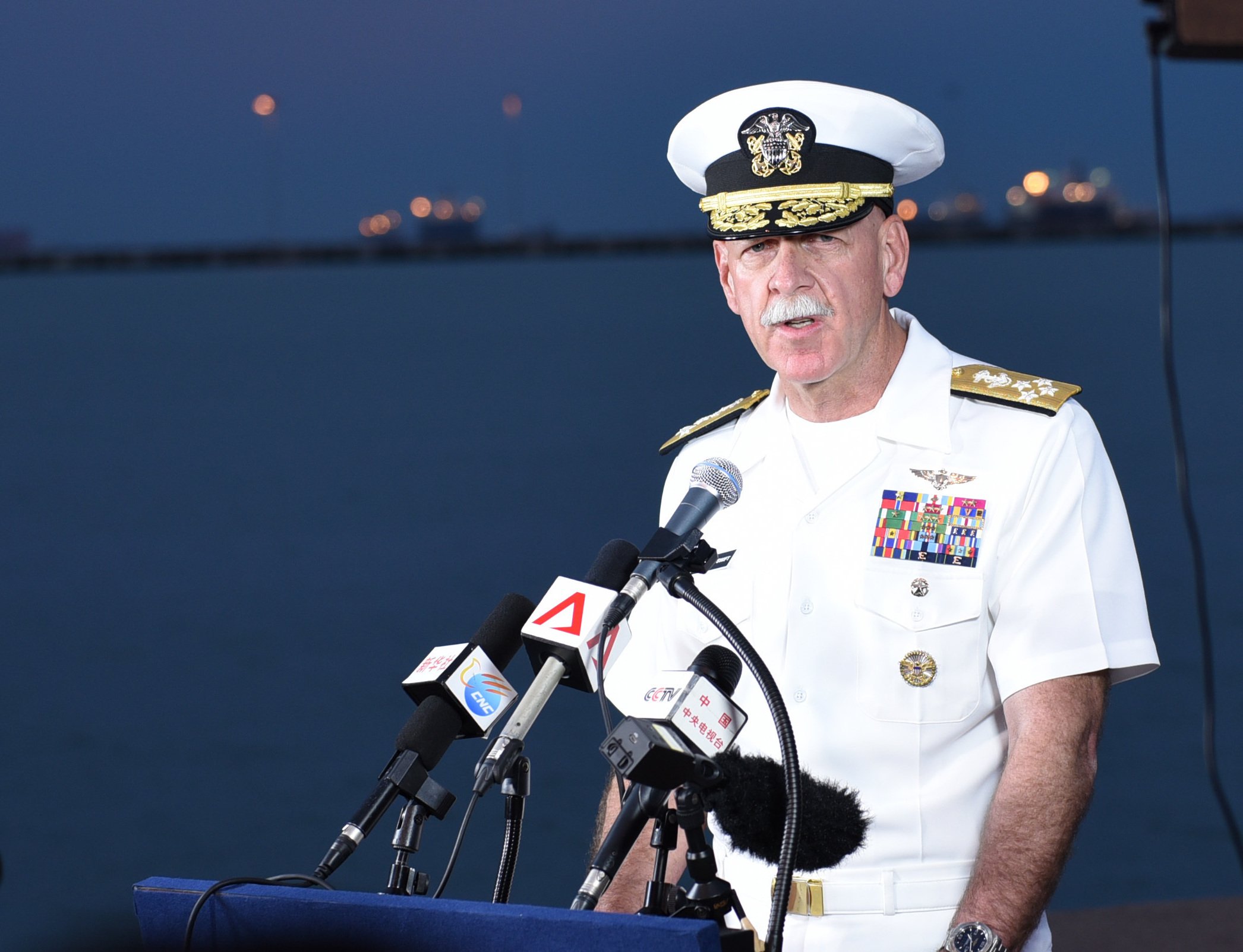 U.S. Pacific Fleet Commander Adm. Scott Swift stood up a new organization that will oversee the training and certification of forward-deployed surface forces.

The Commander of U.S. Pacific Fleet Detachment Naval Surface Group Western Pacific was formally stood up on Tuesday, after Chief of Naval Operations Adm. John Richardson first announced the interim detachment in a Sept. 19 Senate Armed Services Committee hearing. The detachment will be based out of Japan and will determine if the Japan-based warships are ready for operations.

“I am forming CPF Detachment Naval Surface Group Western Pacific to address an organizational gap in FDNF-J that allowed a culture to grow myopically focused on operations to the detriment of readiness,” Swift said in the news release.
“CPF Det NSGWP will consolidate authorities to oversee the training and certification of surface ships forward deployed to Japan.”

Capt. Rich Dromerhauser will lead the organization and be most immediately responsible for manning, training and equipping the FDNF-J surface ships. He and his staff will clear a ship for operations or order it to go through remedial training to address any readiness deficiencies he finds.

“This is about taking care of our entire Navy family and ensuring that they have the resources and tools to get the job done right,” he said in the Navy news release.
“I am here to protect the most precious resource we have – time; time for the maintenance and modernization of our systems, and time for the focused training that builds the confidence and competence to fight and win at sea.”

Though the detachment will report to Swift for now, the group will eventually move to Commander of U.S. Naval Surface Forces (SURFOR) Vice Adm. Tom Rowden’s portfolio, along with other surface force personnel and training issues. The interim detachment will also eventually be replaced by a permanent Commander of Naval Surface Forces Group Western Pacific.

“CPF Det NSGWP will be my eyes and ears on the ground here in the Western Pacific,” Rowden said in the news release.
“Not only to consider the operations we have to execute, but also to ensure we understand how we are going to properly generate the readiness we need.”

This organization was created in the aftermath of four FDNF-J surface force incidents this year – one grounding and three collisions, two of which killed a total of 17 sailors. This abnormal spike in major incidents at sea led CNO Richardson to take a number of steps, including the creation of Ready for Sea Assessments that have already begun for Japan-based ships.

Richardson said at the September hearing that the Navy “commenced Readiness for Sea Assessments (RFSA) for all ships assigned to Japan, to inspect and assess watchstander proficiency and material readiness to ensure ships are able to safely navigate, communicate and operate. Immediate remediation will be conducted for ships found deficient, and they will not be assigned for operational tasking until they are certified to be ready.”

SURFPAC spokesman Cmdr. John Perkins told USNI News on Oct. 18 that eight ships had already completed the assessment and one more was undergoing the assessment at the time. He declined to say whether any had failed the assessment or been found deficient in any particular warfare area.

“The initial focus is on the cruisers and destroyers forward deployed to Japan and then expanding to other ships operating in the Western Pacific, followed by the rest of the force,” he said.
“Due to operational security, we will not discuss the number of ships that have failed or passed this assessment. These assessments focus on the foundational skills and verify ship’s ability to safely navigate, communicate and operate, as well as assess critical mission areas.”

In the aftermath of the two fatal collisions, the Navy has also fired eight officers, implemented new sleep requirements for surface ship crews, conducted an operational pause to go over fundamentals, and ordered two reviews, one of which is set for release this week.