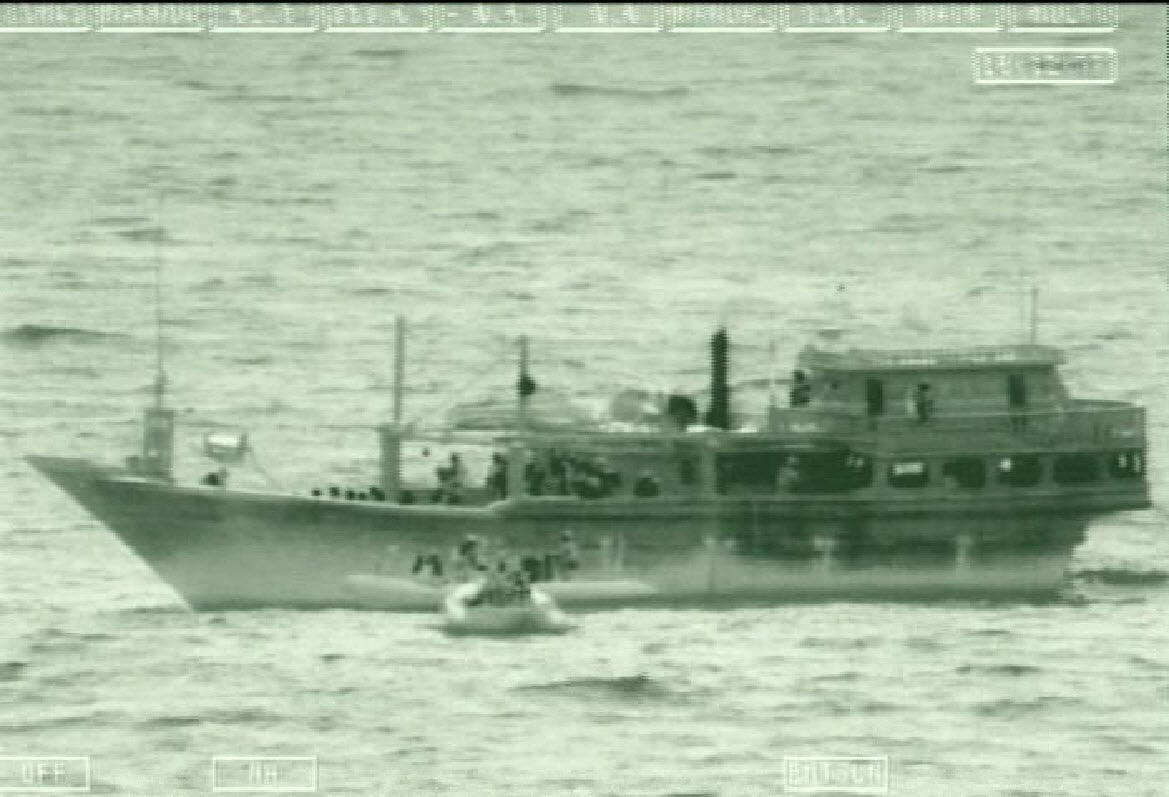 Photo of Iranian dhow following a pirate attack on Oct. 24, 2017. US Navy Photo

Sailors from the guided-missile USS Howard (DDG-83) came to the aide to the crew of an Iranian fishing dhow that came under attack by pirates south of the island of Socotra near the Gulf of Aden, as seen in video obtained by USNI News on Thursday.

Following a distress call from the Iranian coast guard on Oct. 14, Howard and Japanese Maritime Self Defense Force destroyer JS Amagiri (DD-154) traveled to assist the crew of the dhow.

“The Howard’s boarding team provided food and water, made repairs, and gave medical aid to three injured civilian mariners,” read a release from the Navy.

The two ships are assigned to the Combined Task Force (CTF) 151, the multi-national anti-piracy coalition stood up to combat piracy in the region of Gulf of Aden.

While piracy off the coast of Somalia has tapered off from its height in the last decade due to naval patrols and improved business practices of merchant shippers, there has been a small resurgence in attacks originating from the Somali coast.

The following is the complete statement from the Navy.

OFF THE COAST OF SOCOTRA, Yemen (NNS) — In coordination with the European Union Naval Force and the Turkish-led Combined Task Force (CTF) 151, which is a part of the Combined Maritime Forces, the U.S. Navy provided assistance to an Iranian fishing vessel after a reported piracy attack Oct. 24, south of Socotra, Yemen.

The Iranian coast guard called U.S. Naval Forces Central Command (NAVCENT) to report the incident and seek assistance for the fishing vessel. NAVCENT coordinated with the European Union Naval Force, who sent a patrol aircraft to investigate the incident.