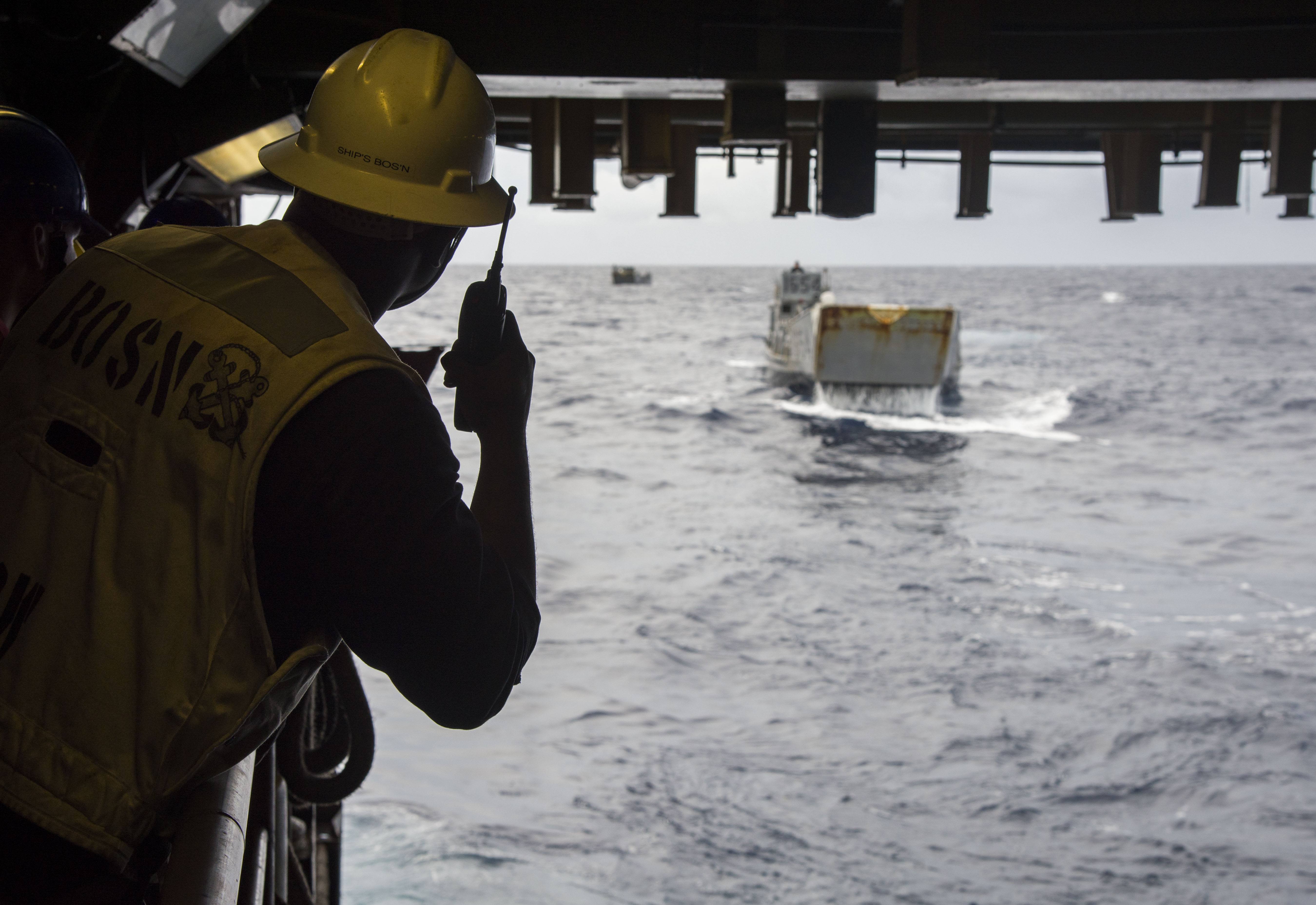 Two amphibious warships know they’ve been released from providing Hurricane Maria disaster relief, but as to when they’ll be leaving Puerto Rico or where to next is not so clear-cut.

Dock landing ship USS Oak Hill (LSD-51) expects to head back to homeport in Norfolk, after being informed Thursday its resources were no longer needed in Puerto Rico. But to-be-determined is the next port-of-call for amphibious assault ship USS Wasp (LHD-1), which was also released from relief work on Thursday.

Both ships provided helicopter support to the hurricane relief effort and logistical help. Civilian and military officials determined they now have a sufficient number of land-based helicopters and tilt-rotor lift aircraft to continue relief efforts in Puerto Rico and the U.S. Virgin Islands.

Navy officials told USNI News it’s unclear where the amphibious assault ship is heading to once it departs Puerto Rico. Wasp had been scheduled to sail to the Pacific this fall, replacing USS Bonhomme Richard (LHD-6) as part of the Navy’s Forward Deployed Naval Forces in Japan.

A Navy spokesperson told USNI News the Navy is currently evaluating Wasp to see if the amphibious warship is ready to continue to Japan or needs to first stop in a U.S. port.

Wasp was recently modernized to accommodate the Marine Corps variant of the Joint Strike Fighter (F-35B), which is capable of Short Take-off Vertical Landing (STOVL). In May, 3rd Marine Aircraft Wing commander Maj. Gen. Michael Rocco told USNI News, “The first [F-35B] deployment on an [amphibious ready group] will be out in WestPac (Western Pacific) on the 31st MEU in the fall of ’17.”

Now, nearing the end of October, Marine Fighter Attack Squadron 121 (VMFA-121) “Green Knights” are at Marine Corps Air Station Iwakuni, in support of the forward-deployed 31st Marine Expeditionary Unit, according to a Marine Corps statement. But Wasp’s work preparing to sail around the Americas and across the Pacific had been put on hold while providing hurricane disaster assistance.

Meanwhile, last month, Bonhomme Richard completed a four-month deployment, its final one as a Japan-based amphibious assault ship, according to a statement released by the ship. Bonhomme Richard is scheduled to relocate to Naval Station San Diego, Calif.

Oak Hill departed Norfolk on August 31 to provide hurricane relief with USS Kearsarge (LHD-3). Originally, the ships were expected to provide disaster recovery assistance to the Texas Gulf Coast in the wake of Hurricane Harvey. Subsequent storms Hurricanes Irma and Maria, though, created a situation where the amphibious warships’ capabilities were needed more urgently off the Florida coast and in the Caribbean.

Kearsarge and Navy hospital ship USNS Comfort (T-AH-20) are remaining off the coast of Puerto Rico, continuing to provide hurricane recovery assistance, according to a Navy spokesperson.