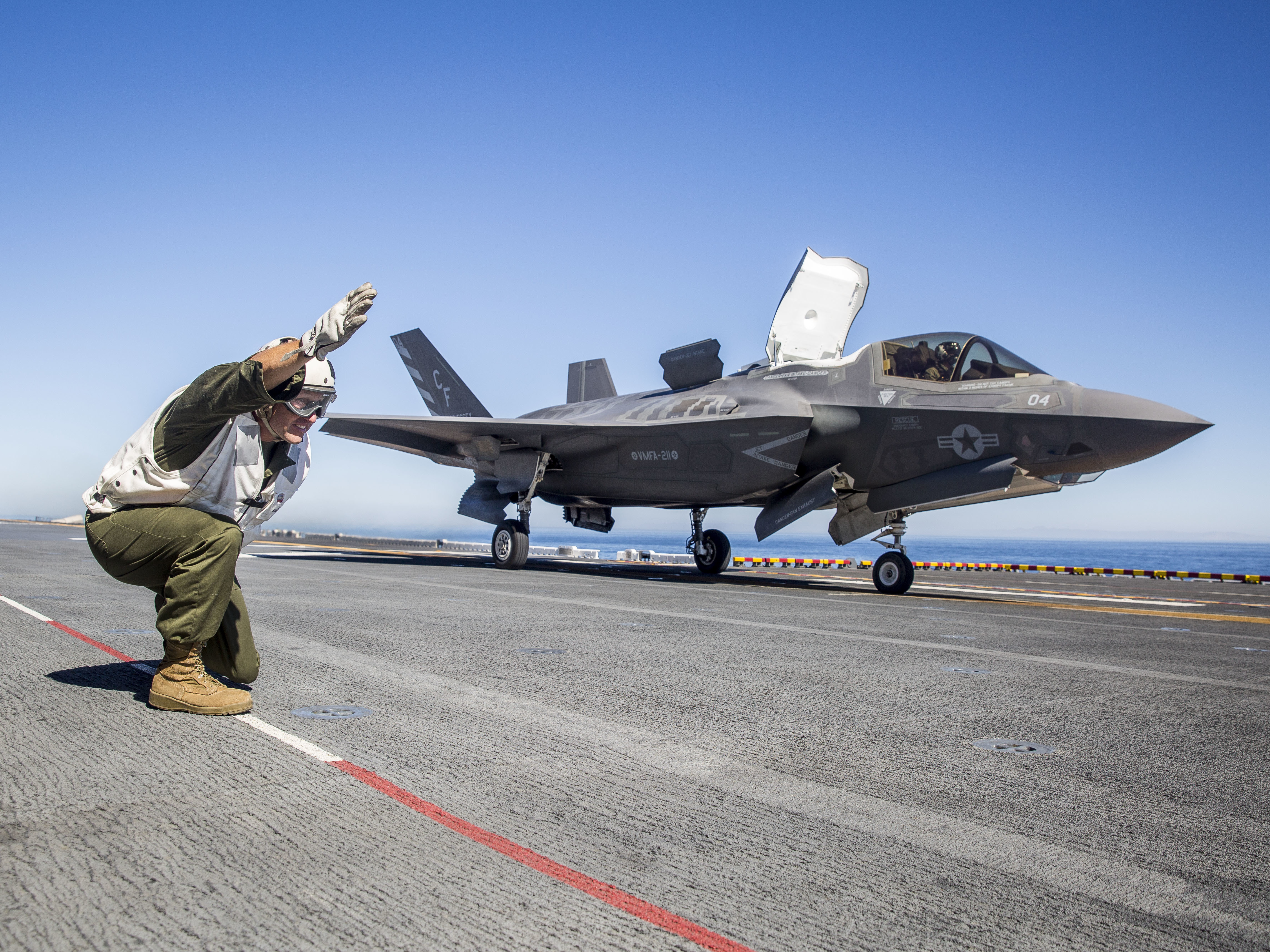 The Navy’s director of amphibious warfare warned that pursuing a light aircraft carrier option in lieu of amphibious assault ships would limit the Marines’ options for responding to operational commanders’ needs, and instead urged faster shipbuilding and experimenting with new ship groupings to increase operational flexibility.

Maj. Gen. David Coffman (OPNAV N95) said Thursday at the National Defense Industrial Association’s annual Expeditionary Warfare Conference that “there is a threat from above – ‘threat’ being Pentagon-speak – of the light carrier coming down into Marine trade space and affecting us.”

The most recent iteration of the light carrier concept was raised in a trio of future fleet architecture studies released earlier this year, with proponents advocating something similar to the America-class amphibious assault ship or potentially something that looks more like a conventionally powered aircraft carrier with a catapult to launch planes. Amphibious assault ships USS America (LHA-6) and the future Tripoli (LHA-7) are aviation-optimized ships that trade a well deck in order for added aviation maintenance space and jet fuel storage. 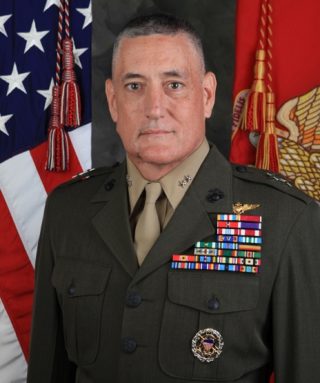 During a panel discussion at the conference, Capt. David Bossert, the amphibious warfare branch head (OPNAV N953,) said the Navy has a history of using its big-deck amphibs as a light carrier during certain operations, while still retaining the inherent flexibility of an amphibious ship. In the Gulf War, for instance, he said a big-deck might be outfitted with only fixed-wing aircraft “so you could put more on there and you could operate better.”

Coffman agreed there are operational benefits to operating a light carrier or an aviation-centric amphib, but he said that would only be helpful if supplemented by traditional big-deck amphib capabilities to address the entire range of military operations.

“When we present our case for our (acquisition) plans, this is part of why we are going to argue we need to get to our 12 big-decks sooner rather than later, in order to open up the flexibility of the particular value of the aviation-optimized America and Tripoli as they come into service,” he said.

In fact, the Navy is conducting a congressionally mandated study to look accelerating the procurement of the next amphibious assault ship, LHA-9, to Fiscal Year 2021 instead of the planned FY 2024 procurement. Tom Rivers, amphibious warfare program manager within the Program Executive Office for Ships, said at the conference that his office would be looking at the acquisition benefits of bumping up that procurement timeline – less risk to suppliers, more stability for sole amphibious warship builder Ingalls Shipbuilding, lower cost by avoiding a production break – and OPNAV N95 would supplement that report with the operational considerations for building another amphib sooner. The Navy and Marine Corps intend to eventually have 12 amphibious assault ships in the fleet, though today they have just nine. 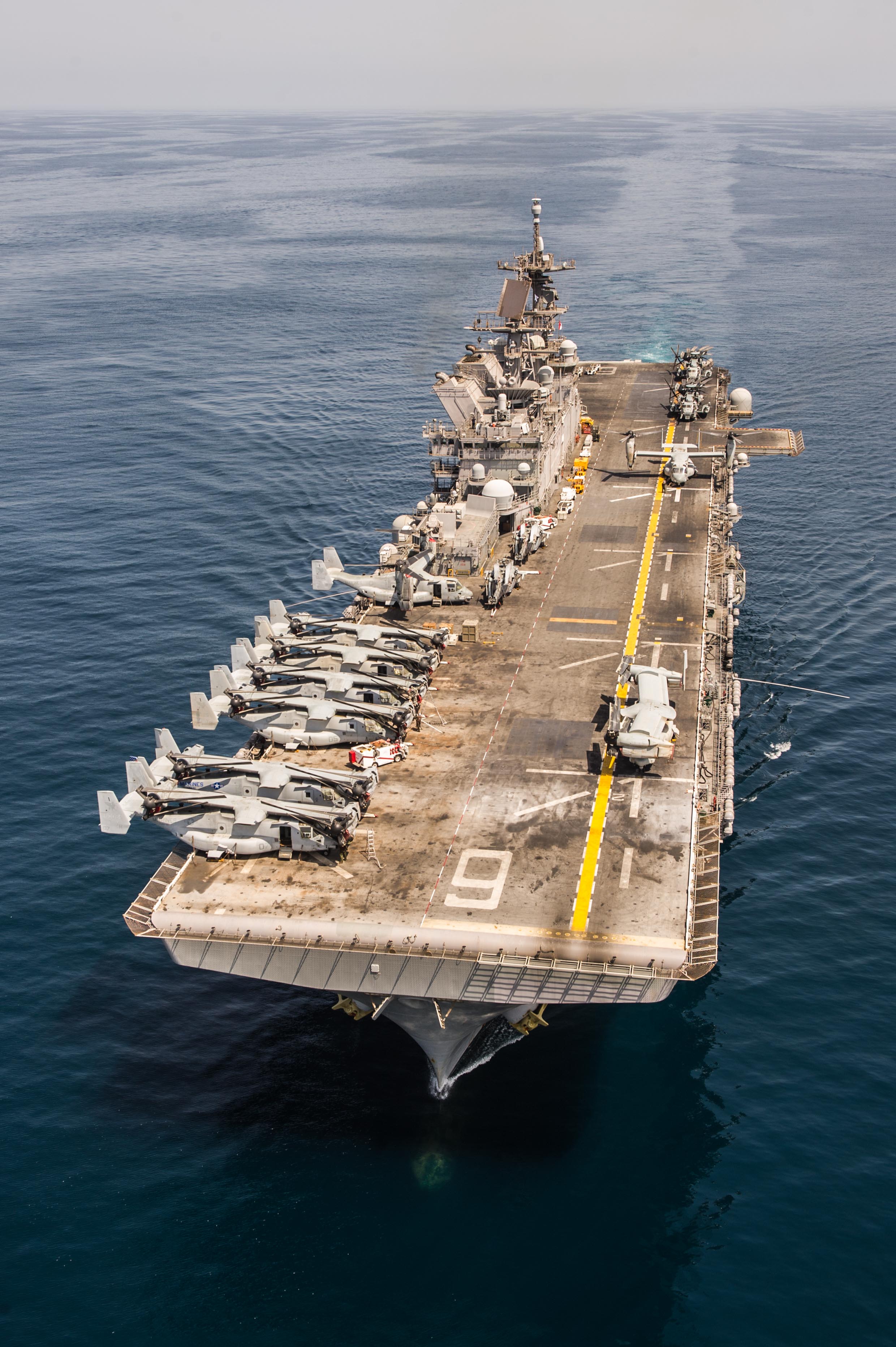 The amphibious assault ship USS America (LHA-6) is underway participating in a photo exercise during Alligator Dagger 2017. US Navy Photo

The study is due to lawmakers in March, he told USNI News, with a decision on how to proceed potentially coming in the Fiscal Year 2019 defense bills.

Coffman said the Navy could add more flexibility to its amphibious forces by considering alternatives in deploying them. He suggested leaders “think less about preparing a three-ship [amphibious ready group] that can take care of itself, and think more about a scale up here at the task force level, mixing and matching assets that you can move from crisis response to major contingency operations to major combat operations in a contested environment.”

He noted the Upgunned Expeditionary Strike Group concept that pairs amphibious ships with destroyers that can provide anti-air and ballistic missile defense coverage, and praised U.S. Pacific Fleet commander Adm. Scott Swift and head of amphibious forces in the Pacific Rear Adm. Marc Dalton for experimenting with that concept.