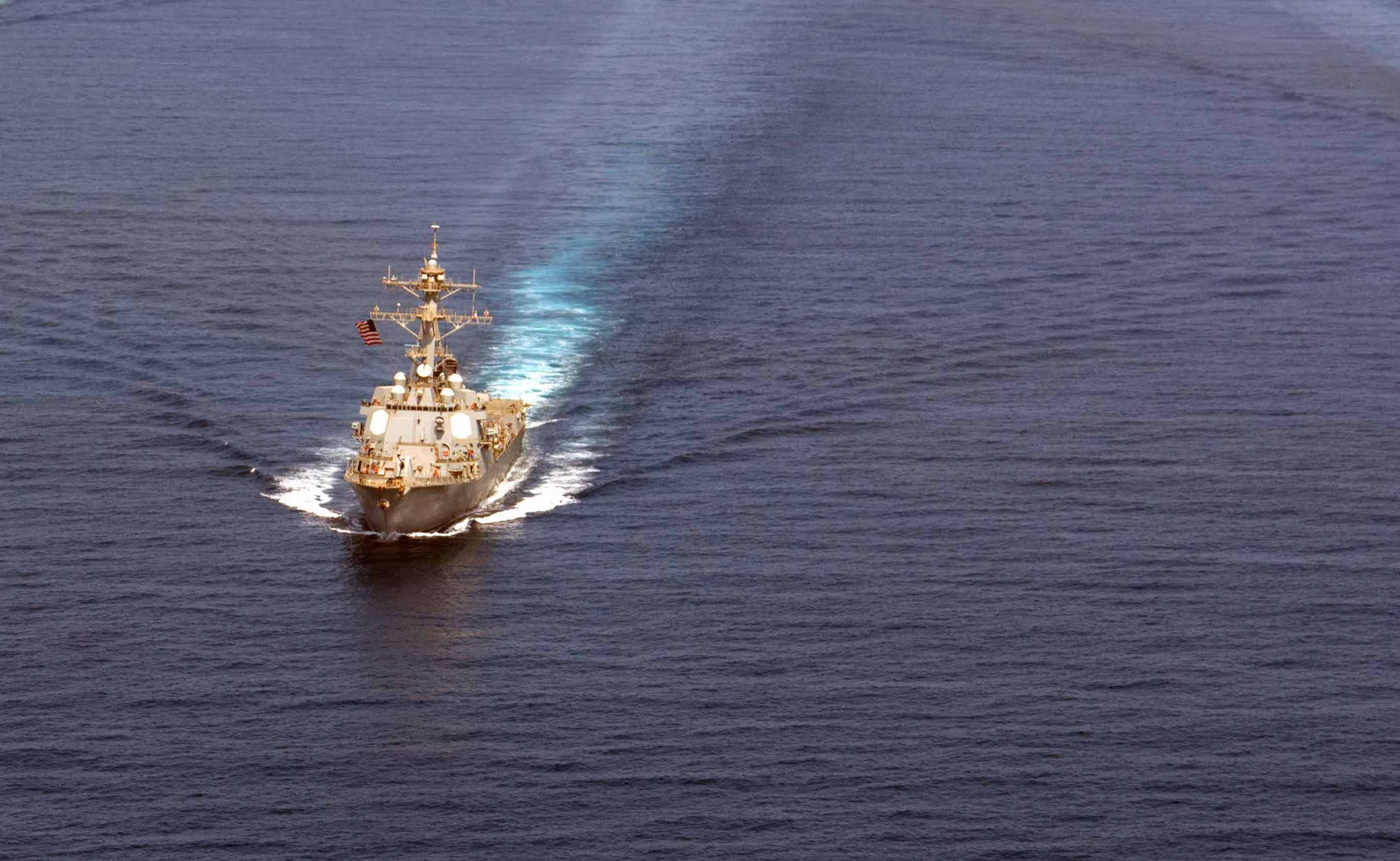 USS Mason (DDG-87), the ship that warded off multiple cruise missile attacks last year to protect U.S. ships in the Red Sea, was recognized as the best ship in the U.S. Atlantic fleet in 2016, according to a Tuesday release from Naval Surface Force Atlantic.

On Tuesday, the crew of Mason was recognized as the top ship with the presentation the Battenberg Cup by Naval Surface Force Atlantic commander Rear Adm. Jesse Wilson Jr. during a ceremony on the ship.

“I could not be more proud of Mason sailors,” Cmdr. Stephen Aldridge, the ship’s commanding officer, said in a Navy news release.
“It was truly a team effort from our inspection and survey in January, all the way through a tremendously successful deployment which concluded in December.”

While the ship was recognized for the entire deployment, the citation singled out a string of incidents in the vicinity of the Bab-el-Mandeb Strait in which the destroyer defended warships, including the now-decommissioned Afloat Forward Staging Base USS Ponce (AFSB(I)-15) and the guided-missile destroyer USS Nitze (DDG-94), from multiple attacks from cruise missiles fired from the Yemeni coast.

“Mason successfully defended itself, three other U.S. warships, and multiple
U.S.-flagged merchant vessels during missile attacks in the Red Sea. Mason employed Standard Missile (SM-2) defensive interceptors and is the only warship in U.S. naval history to successfully employ the Evolved SeaSparrow Missile (ESSM) while under attack,” reads the statement. “Mason’s actions protected 1,000 U.S. sailors on the warships and countless more mariners in merchant vessels. Many of Mason’s tactical operating procedures and lessons learned across the attacks are now being used to increase combat readiness and toughness across the force.”

The cruise missiles were fired by Houthi separatists in Yemen and likely supplied by Iran.

Mason also participated in a Great Green Fleet biofuel demonstration with the Italian Navy oiler ITS Etna (A 5326).

The Battenberg Cup is named for former Royal Navy First Sea Lord Prince Louis of Battenberg, then-commodore of the Royal Navy’s 2nd Cruiser Squadron, who created the cup to be awarded to the winner of a U.S.-U.K. Navy rowing competition.

The cup went down with battleship USS West Virginia (BB-47) in the 1941 attack on Pearl Harbor and was later recovered. In 1977, “the cup was refinished and the competition resumed amongst more than 100 American surface ships, aircraft carriers, and submarines that make up the Atlantic Fleet. Mason is only the fifth destroyer in the last 111 years to receive the award,” read the statement.

“Bravo Zulu to all of you for your remarkable accomplishments,” SURFLANT commander Wilson said in a statement.