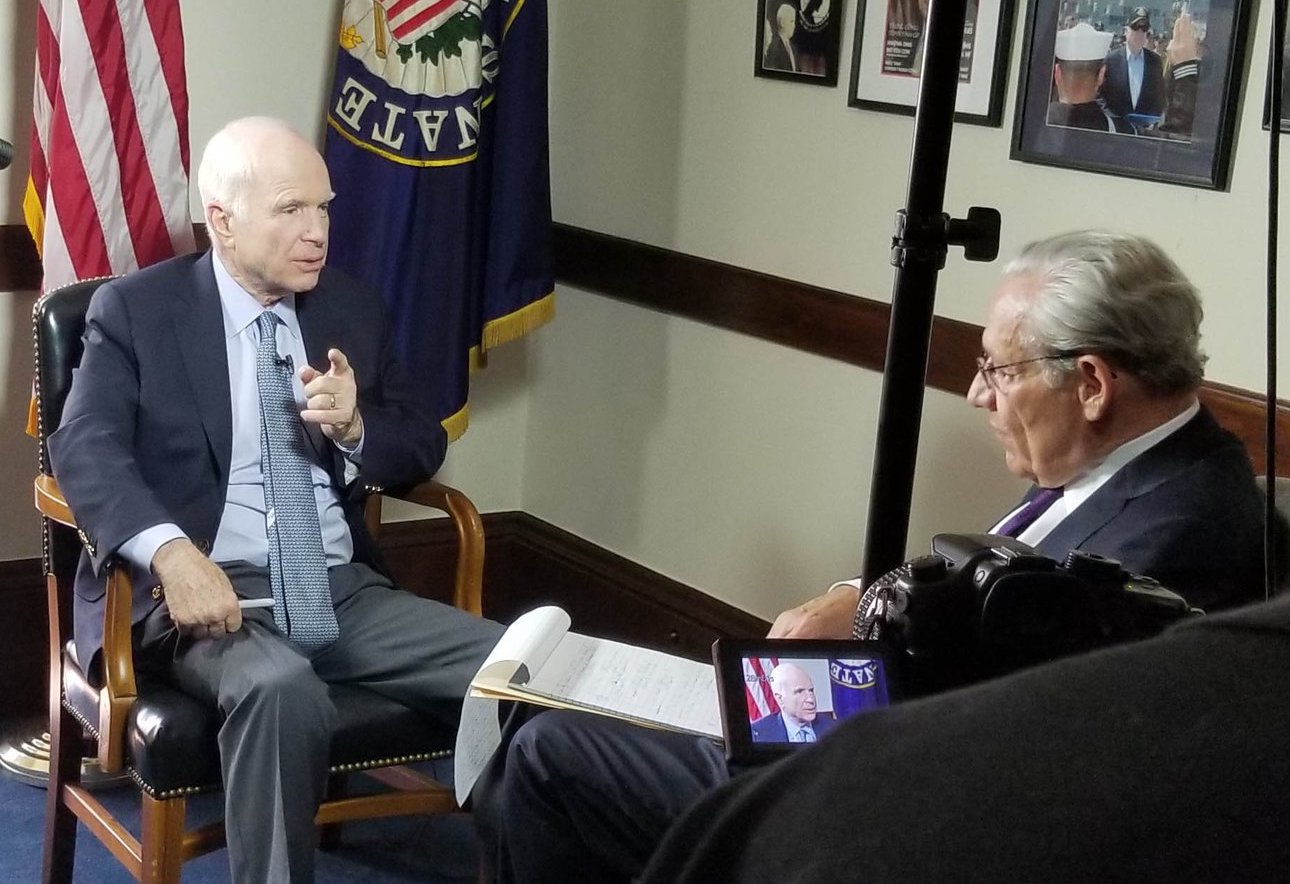 “That is an odious option,” McCain said, in a wide-ranging interview conducted by The Washington Post’s Bob Woodward for the U.S. Naval Institute 2017 Naval History Conference – Military and Politics: Proper Participation or Perilous Partisanship?

More than 300 North Korean government officials were executed in an ongoing round of political purges during the five years Kim Jong Un has been in power, according to “The Misgoverning of Kim Jong Un’s Five Years in Power” a report released in late December by the South Korean think tank Institute for National Security Strategy. Anti-aircraft machine guns were among the methods used to executive officials, including the 2013 execution of Jang Song Thaek, Kim Jong-un’s uncle, according to some news reports.

Against this backdrop, President Donald Trump has suggested he’s not optimistic about a negotiated solution to North Korea’s nuclear weapons production.

“I told Rex Tillerson, our wonderful Secretary of State, that he is wasting his time trying to negotiate with Little Rocket Man…” Trump tweeted on Sunday, using his nickname for Kim Jong Un.
“…Save your energy Rex, we’ll do what has to be done!” Trump said in a follow-up tweet.

Trump’s comments were sent to his vast social media audience and covered by the national press. Woodward asked McCain if there is there is a war camp in Washington, building what he described as an “aura of we need action, we can’t be pushed around?”

“There is legitimacy to that view, because three administrations in a row have negotiated with the North Koreans and gotten nothing to show for it,” McCain said.

Is the key to negotiating North Korea understanding what the nation wants to achieve, Woodward asked, citing what many experts consider Kim Jong Un’s ultimate goal of achieving respect, engagement, normalization, but not war with U.S.

“He doesn’t want to destroy his country,” Woodward said. “He knows the peril he puts his country in.”

McCain agreed, saying he thinks North Korea wants respect, but any negotiations also must consider the reality of how much Kim Jong Un is likely relying on possessing nuclear weapons as a way to protect his regime.

Other nations voluntarily gave up their nuclear programs, and the regimes haven’t fared well. McCain mentioned Libya and Ukraine are examples of why Kim Jong Un would be hesitant to negotiate a nuclear deal. Both nations devolved into states of civil war after abandoning their nuclear capabilities.

“He looks at Libya, he looks at, Ukraine, he looks at these other countries that agreed to get rid of their nuclear inventory, and then ended up dead or out of power,” McCain said.
“So, if you’re looking at it from his viewpoint, look these other people agreed to give up their nuclear weapons and look what happened to them. It’s going to be a very high price to pay for him to agree to stop his activities.”

North Korea’s very weak economy also complicates any nuclear disarmament negotiations, McCain said. Nuclear weapons are about all the nation has to bargain.

“Would we be paying attention to North Korea if it wasn’t for the issue of, of nuclear weapons?” McCain said. “I don’t think so. So that is his whole card, and for us to think that he’s going to bargain that away in exchange for almost anything is not true.”