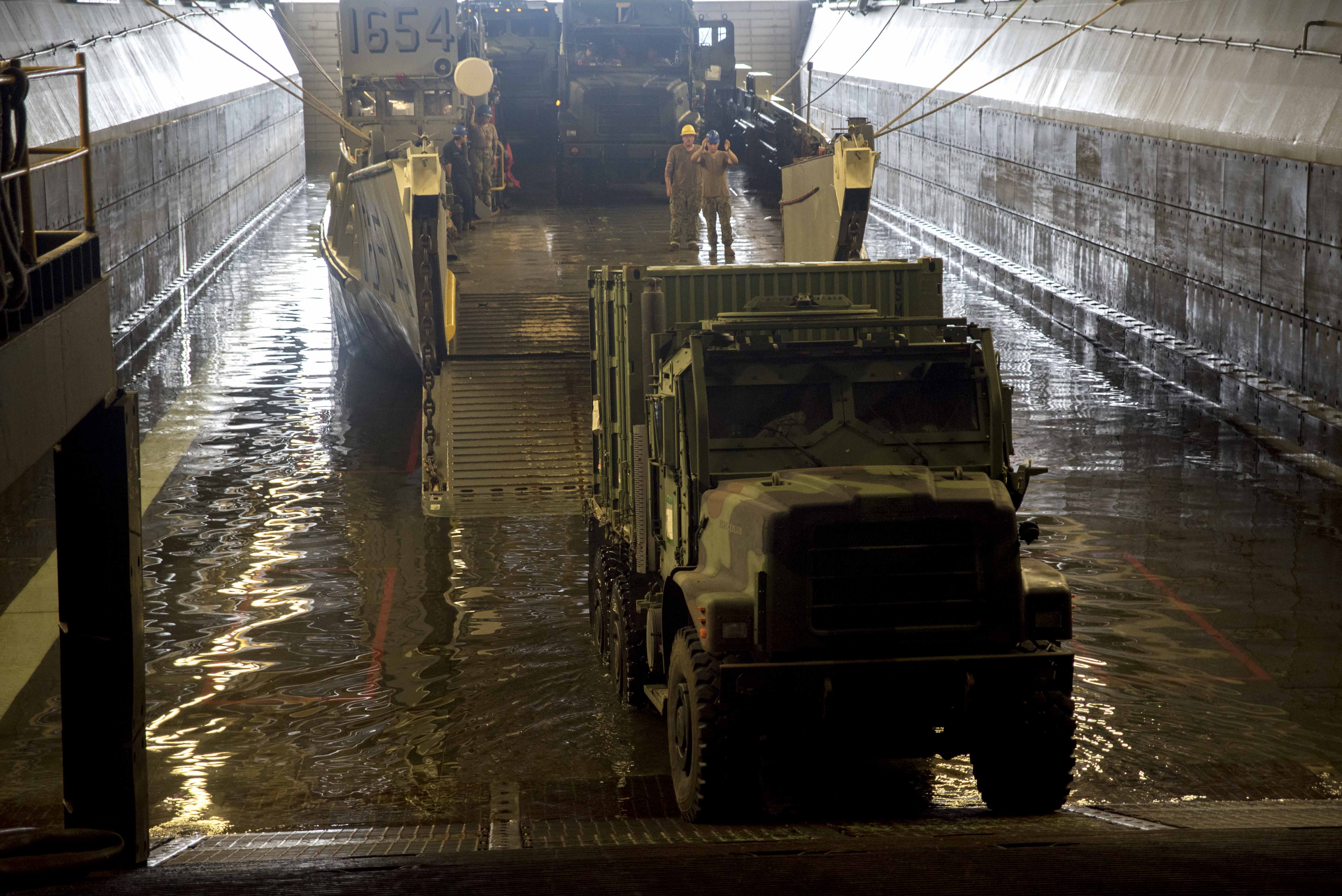 Vehicles carrying generators and other equipment embark a landing craft utility in the well deck of the amphibious assault ship USS Kearsarge (LHD-3) for transportation to Puerto Rico on Sept. 26, 2017. US Navy Photo

Marines and sailors from the Kearsarge Amphibious Ready Group have established a supply and first responder staging base at Roosevelt Roads, the former naval base now operated as Jose Aponte de la Torre Airport in Puerto Rico.

The amphibious ready group, which includes amphibious assault ship USS Kearsarge (LHD-3) and dock landing ship USS Oak Hill (LSD-51), and the 26th Marine Expeditionary Unit, has been providing assistance to the region for nearly a month, as three major hurricanes passed, according to the Navy.

In the wake of Hurricane Maria, sailors and Marines from the Kearsarge ARG has cleared main roads to ease the flow of emergency personnel, food, supplies, and fuel. By setting up Roosevelt Roads as a staging base, Marines and sailors can now facilitate around-the-clock air traffic to bring in supplies, evacuate injured, and even allow limited commercial air traffic, according to U.S. Northern Command. Along with Roosevelt Roads, San Juan International and six other airports in Puerto Rico are either fully open or open with restrictions such as daylight operations only. 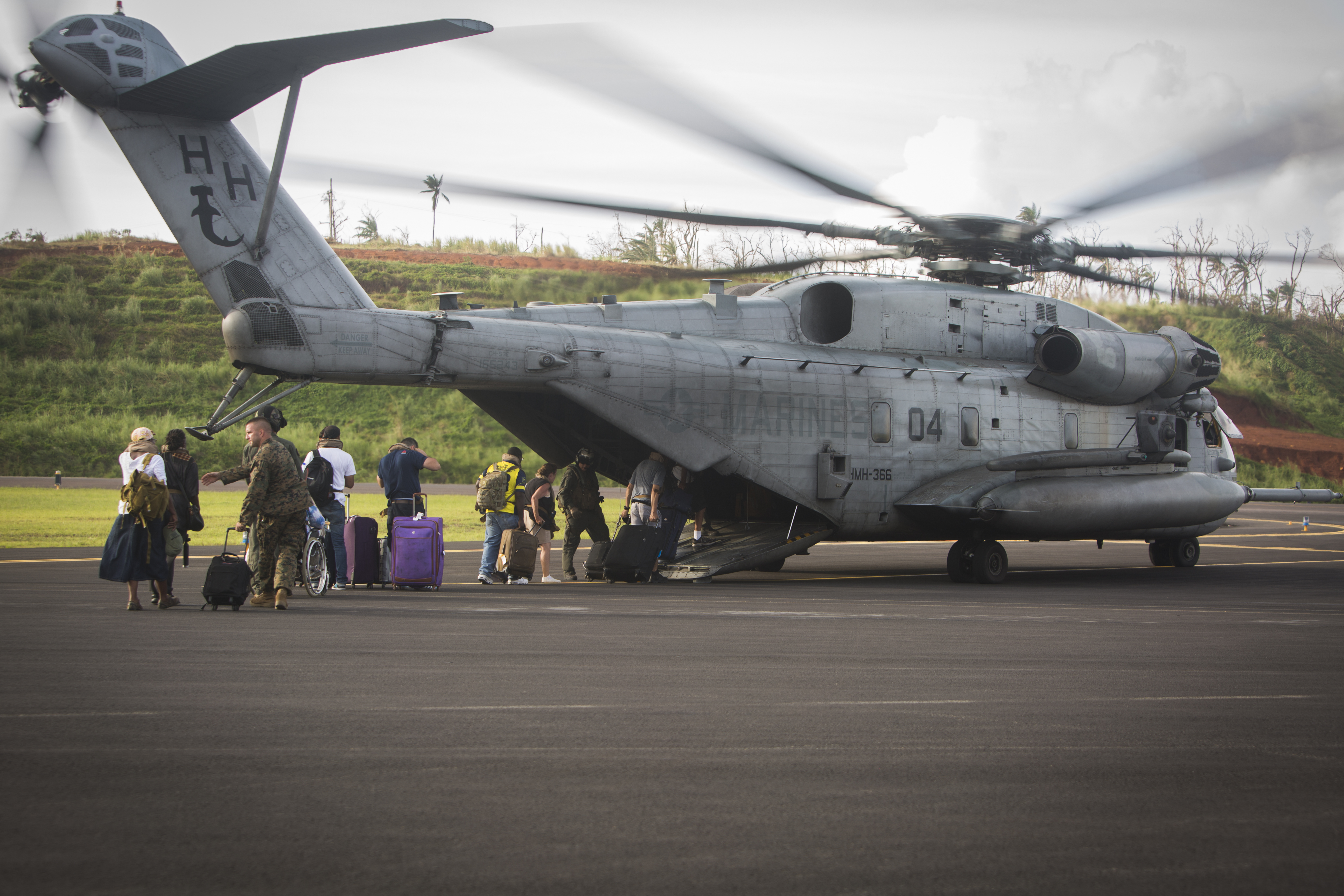 US citizens board a US Marine Corps CH-53E Super Stallion helicopter assigned to Joint Task Force – Leeward Islands (JTF-LI) at Douglas-Charles Airport in Dominica on Sept. 24, 2017. US Marine Corps Photo

Marines are also transporting assisting civilian medical officials by helicopter as federal agencies assess the status of Puerto Rico’s hospitals, according to Northern Command. As of Wednesday, only 11 of Puerto Rico’s 69 hospitals had fuel or power. Two of the largest, the Centro Medico Hospital in San Juan and San Pablo Hospital in Bayamon, had power restored. 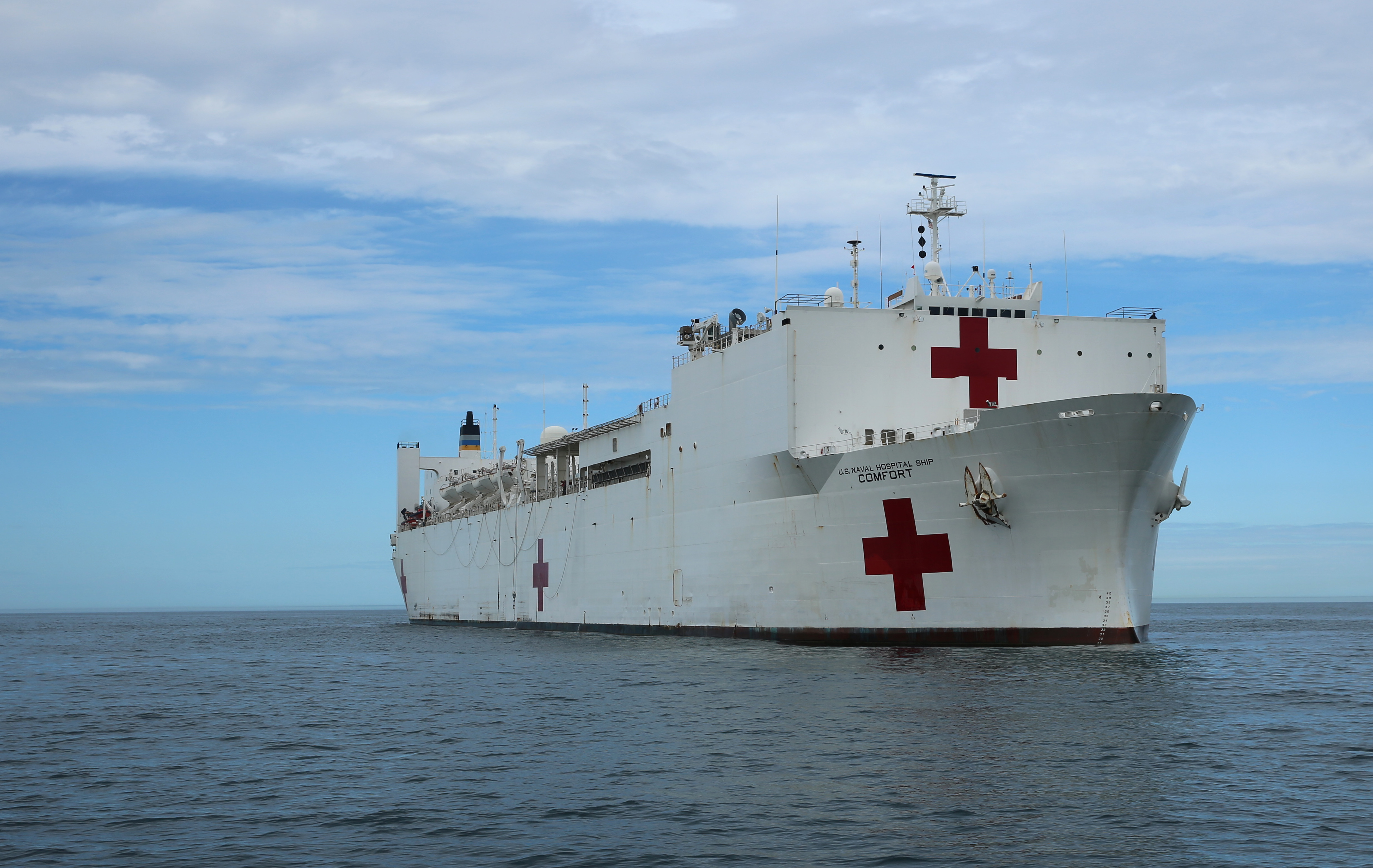 Comfort is an afloat, mobile, acute surgical facility, providing the same level of medical care found at a major shore medical hospital such as Naval Medical Center Portsmouth or the Maryland Trauma Center in Baltimore. During normal pier side operations, Comfort has approximately 50 personnel who crew the ship, keeping it ready to quickly deploy. When activated, according to the Navy, Comfort’s crew grows to approximately 1,200 personnel.

While Marines and sailors from the Kearsarge amphibious ready group worked to restore power at medical facilities, the U.S. Army Corps of Engineers has started providing a temporary solution with generators acquired by the Defense Logistics Agency and shipped by U.S. Transportation Command. Some generators were brought ashore from Kearsarge. 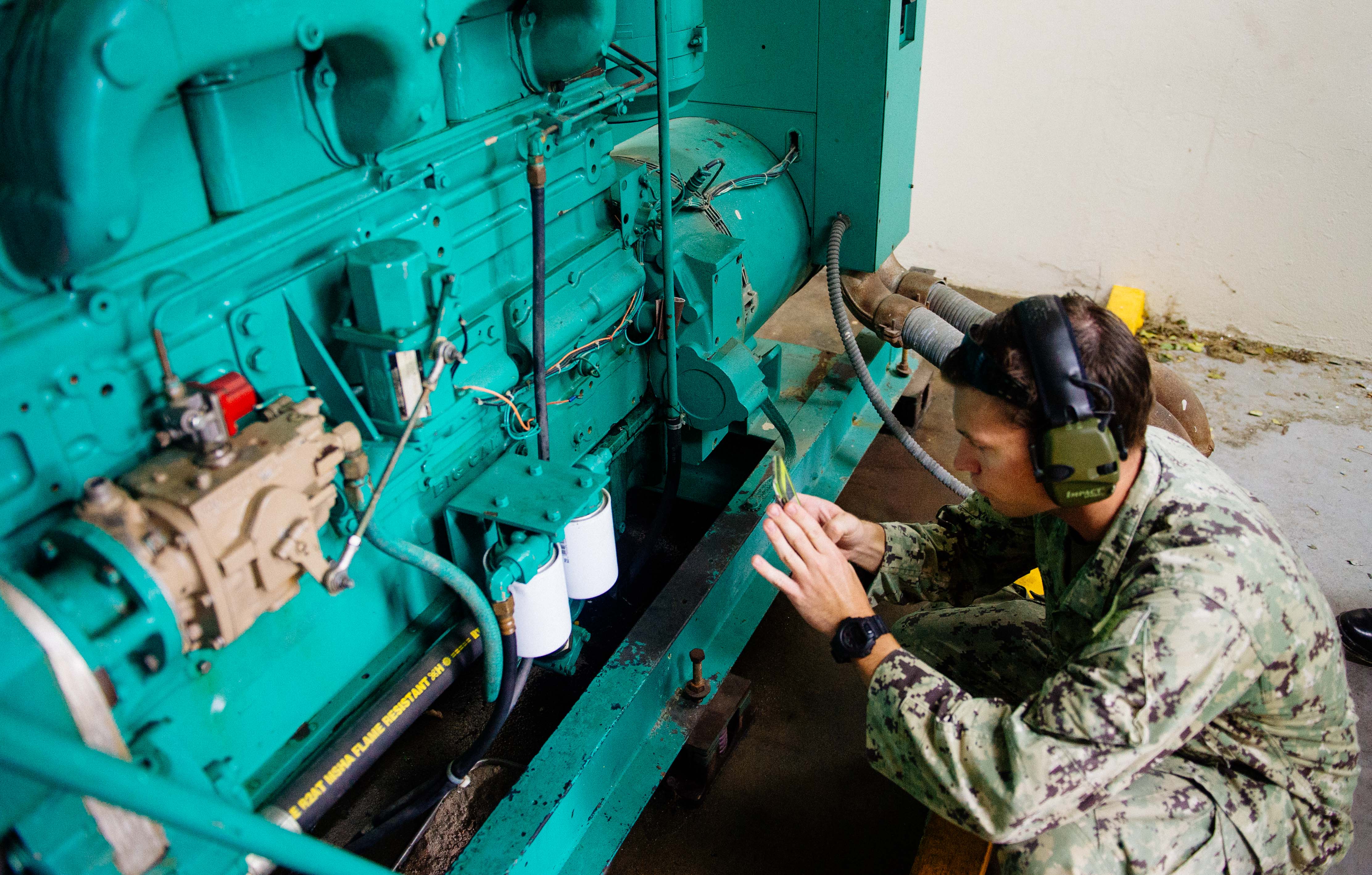 In general, the lights are coming back on slowly in Puerto Rico. Northern Command reported the Puerto Rico Electric Power Authority’ generators were operational, but the problem was 80 percent of the transmission system and 100 percent of the distribution system were damaged by Maria. Currently, approximately 44 percent of Puerto Rico’s population is without drinking water.

Meanwhile, USS Wasp (LHD-1), which has been providing disaster relief to the region since arriving at the U.S. Virgin Islands on September 7 in the wake of Hurricane Irma, is now providing disaster relief to the island of Dominica, at the request of the U.S. Department of State. Marines and sailors from Wasp are conducting search and rescue operations and evacuating U.S. citizens. Wasp also delivered 2,000 pounds of food to Ross Medical University on Dominica.