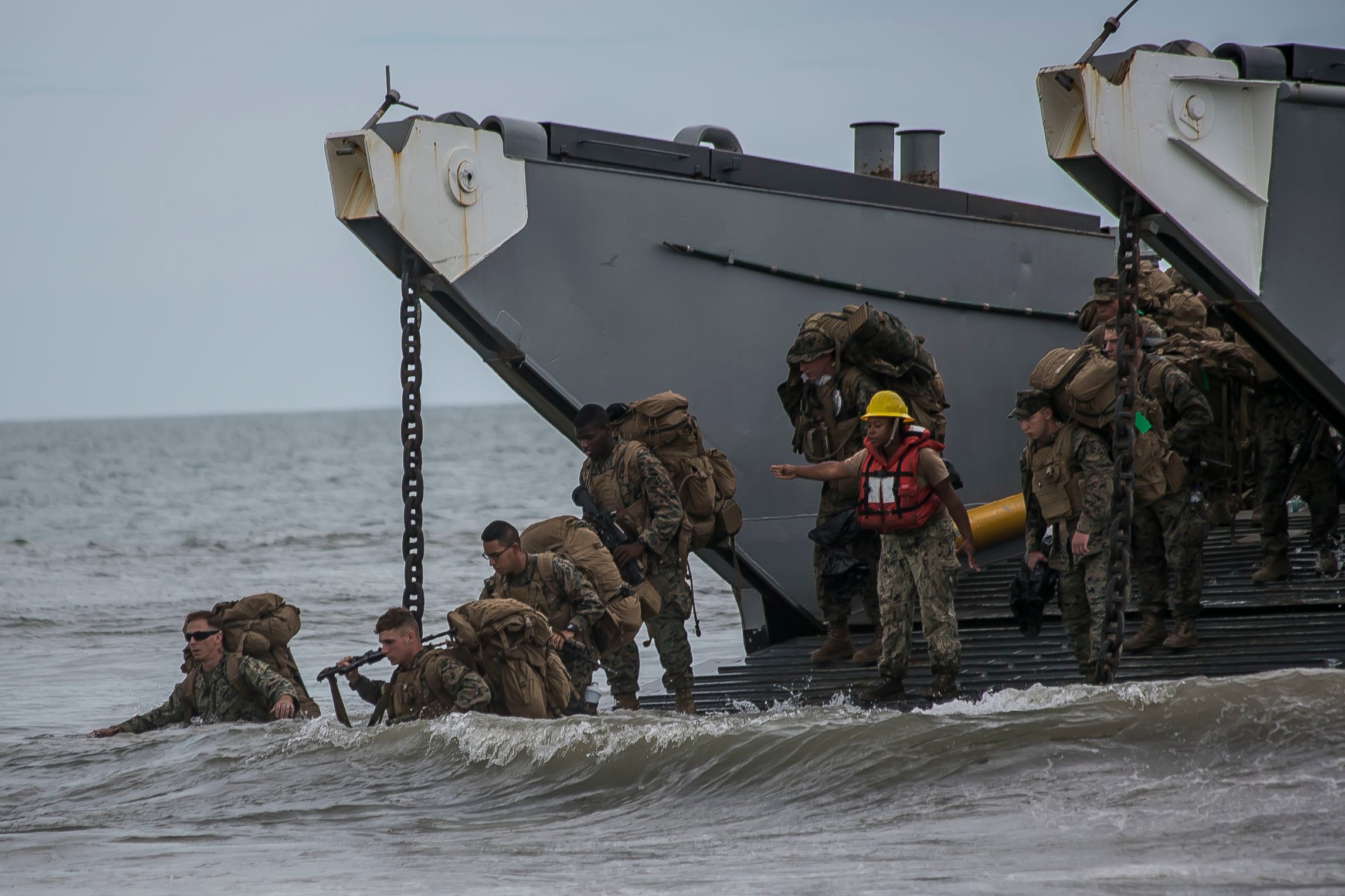 MARINE CORPS BASE QUANTICO — The Marine Corps is continuing to develop and practice its Marine Corps Operating Concept and the Littoral Operations in a Contested Environment (LOCE) offshoot, but Commandant of the Marine Corps Gen. Robert Neller told USNI News the most of the work needed to support transitioning to those new concepts is already underway.

Neller spoke at the Modern Day Marine 2017 exposition at Marine Corps Base Quantico on Wednesday, focusing his address on LOCE, which he said more tightly integrates the Navy/Marine Corps team and prepares them to “fight to get to the fight.”

Whereas in recent history the Navy and Marine Corps have been able to sail into theater uncontested, pull logistics ships into ports, unpack gear and organize troops before heading into battle, “I don’t’ think that’s what the future holds for us” when looking at a potential future fight with high-end adversaries, Neller told the audience.

“Our adversaries are not just going to let us go to the fight uncontested; we’re going to have to fight our way across the ocean or under the ocean or in the air,” he said.
“When Marines used to get on ship, the days of, okay I’m onboard ship, I need to know when chow is and where I’m going to take a nap – you guys are making me work way too hard for some laughs – but let’s be honest with ourselves, you got on ship and were like, okay, sailor, wake me up when we get there. That’s not going to be the way it’s going to be. So that’s what we’re operating on – we’re going to have to fight to get to the fight.” 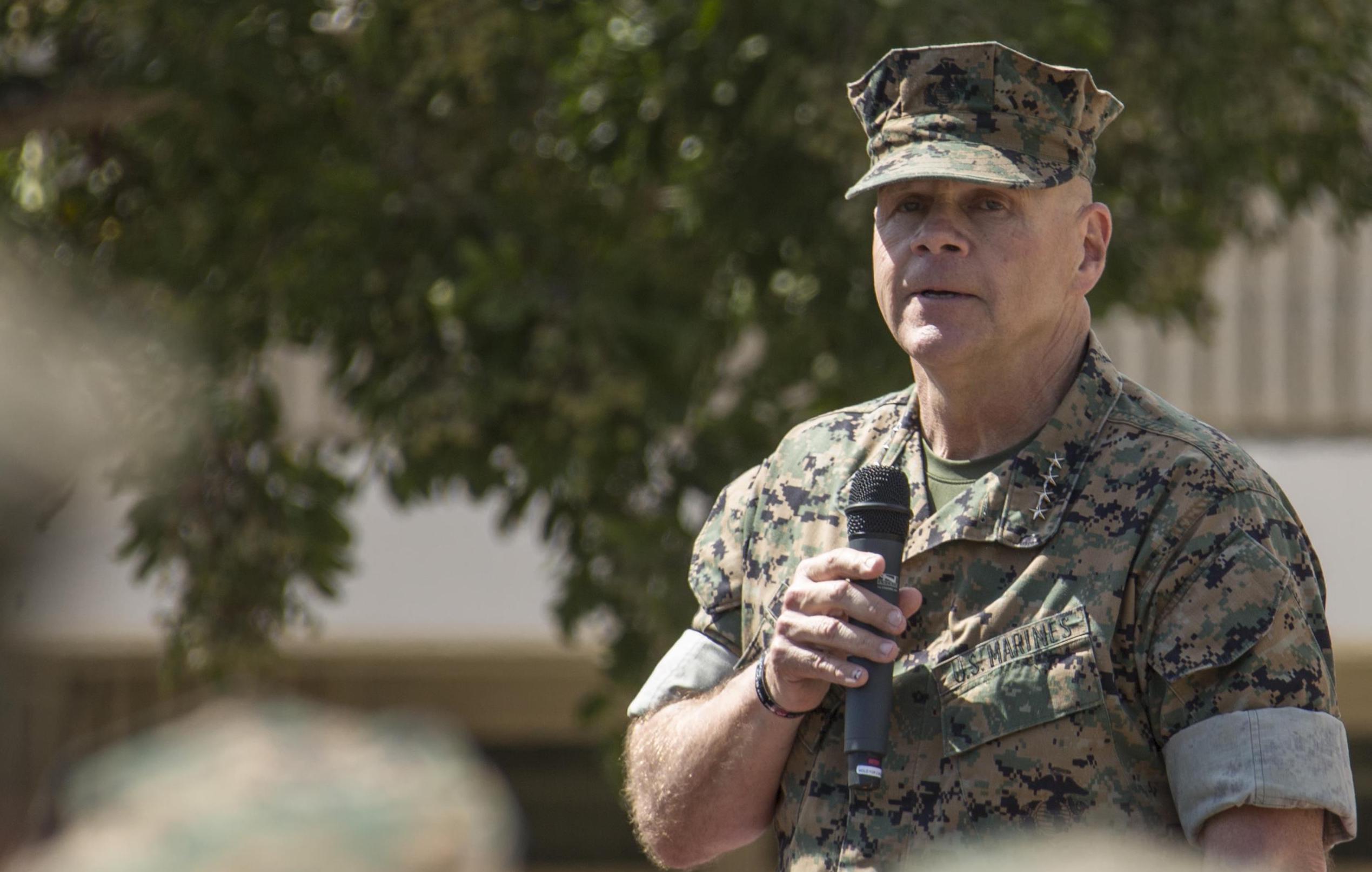 Neller summed up LOCE by saying, “it’s a new look at an old mission – coming from the sea, which is as old as the Romans and the Greeks – but in an environment that’s changed.” Making comparisons to famous World War II fights like Guadalcanal, Neller said the Marine Corps wouldn’t launch an amphibious assault with lines of Amphibious Assault Vehicles (AAVs) swimming ashore – but he said the focus on securing an advance land base that can then allow ground units to establish sea control that allows Navy ships to maneuver and take additional advance bases would apply in the future fight just as it did in World War II.

He said during his presentation that amphibious exercises like the upcoming Bold Alligator 2017 would allow the Marines to work out the finer details of operating under the MOC and LOCE. But asked if the ability to begin operating according to those concepts was pending lessons learned from exercises or had already trickled down to operating units, Neller told USNI News there is a big transformation happening in the Marine Corps that may be delivering piece by piece but would eventually yield a much more capable force to fight the future high-end battle. 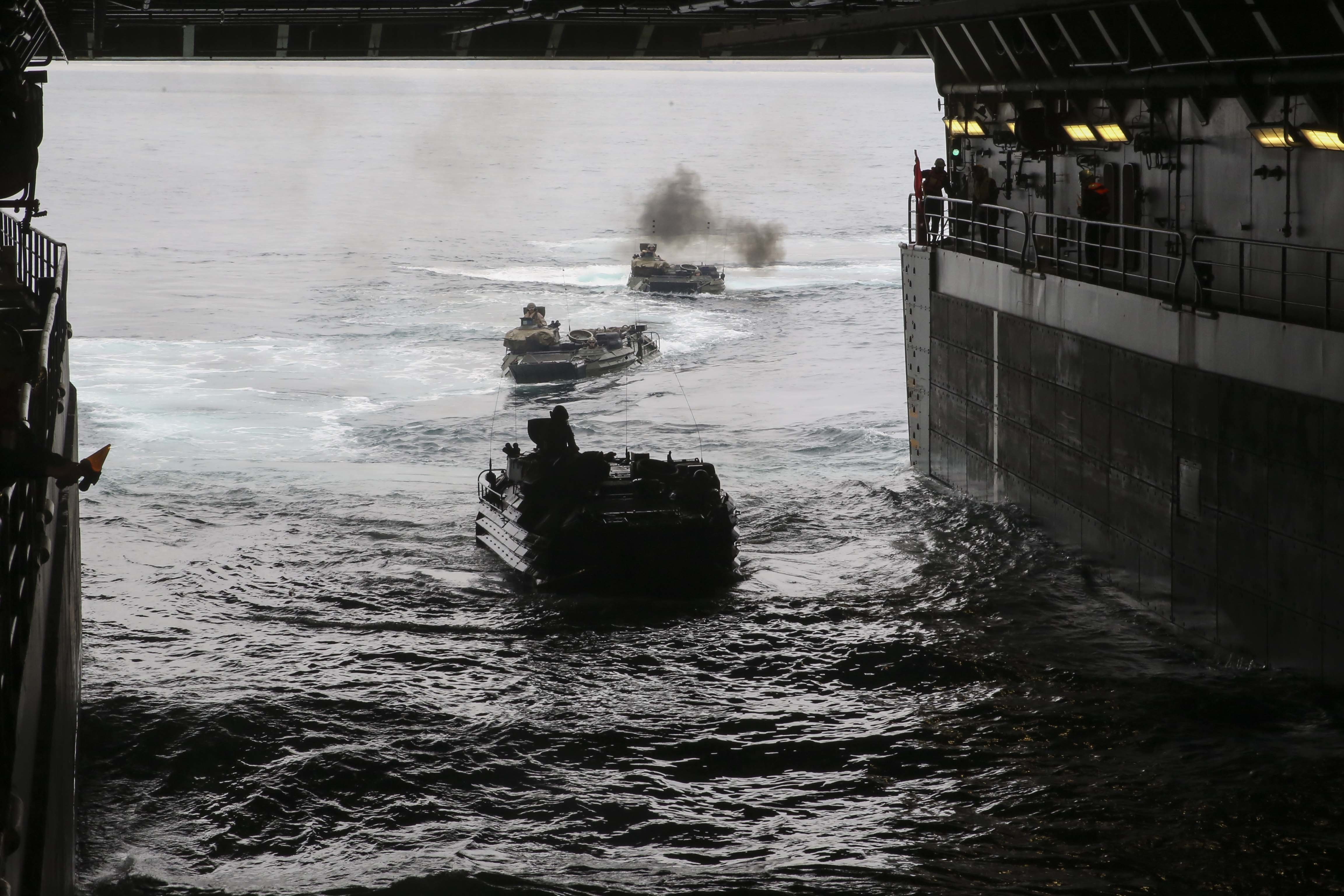 Neller said the Marine Corps is changing what it buys – from smaller things like weaponry, armor and helmets, power generation and more, to bigger ticket items like more reliable communications and improved connectivity on ships – as well as how it operates.

Procurement of those new goods is already underway, the commandant said, as is an effort at “working better within the context of the entire fleet, whereas I think we have, not wrongly or rightly, we have operated amphibious ships by themselves as opposed to part of the fleet. This Bold Alligator, I think the last one had a carrier strike group but it’s not quite as integrated – because if you have a hostile shore or a pretty capable adversary, we’re not going to get ashore unless we’ve got the entire fleet there to set the conditions to make that happen.”

“So from the boots we wear, the command and control, the capabilities of amphib ships, the airplanes, manned and unmanned – everybody’s in kind of a way, trying to go as fast as they can and develop these capabilities. A lot of this stuff is already out there, some of it we’re just trying to make better,” Neller continued.
“There’s just a whole ton of things going on, and eventually, they won’t all show up at the same time, but if we iterate this and we iterate the force, reorganize the force with the [Marine Expeditionary Force] Information Groups, you’re going to see a more ready force and a more capable force, which is the end state we’re looking for.” 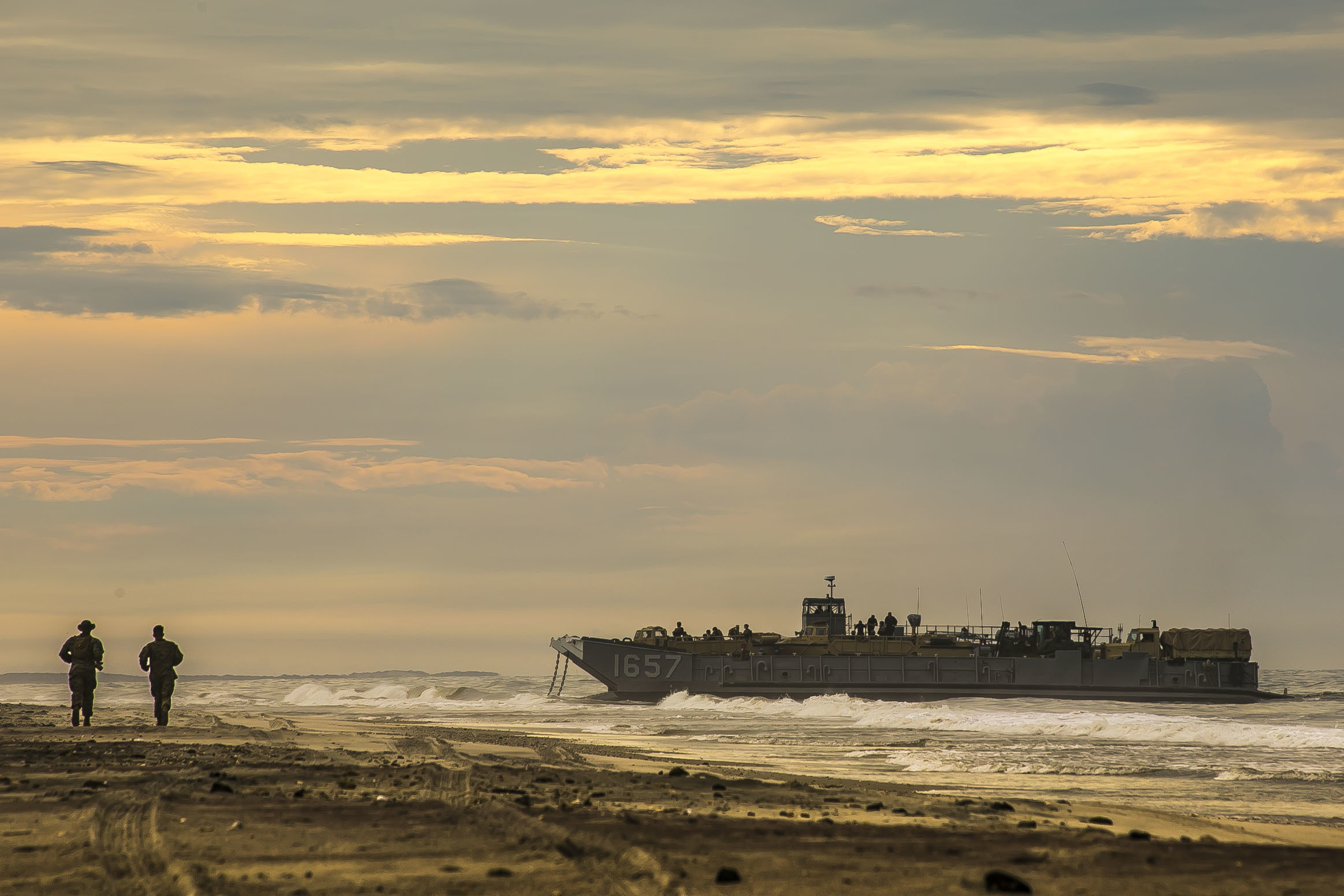 Even as the service waits for delivery of all the goods it needs for the expected high-end fight, Neller stressed the importance of getting Marines out to sea to practice not only LOCE and amphibious warfighting, but also just the basics of operating on a ship.

He praised the Navy for working hard to increase the operational availability of amphibious ships. And when those ships do have to go in for a maintenance availability, he said the Navy and Marine Corps have tried to coordinate to get Marines on the ships for post-maintenance workups and evaluations, to make the most of the time the ship has to spend at sea.

“Is every Marine going to have the ability go to sea and get on a ship and do high-end training? No. But at some point we’ll have to get everybody out there so they at least know how to live on ship and how to get yourself from your debark station to however you’re going to go to shore, how you pack your gear, what happens to your stuff, how to drive vehicles in the well deck, how to hook stuff on the flight deck,” he told USNI News.
“It is not an uncomplicated easy task; it takes reps and practice, and so I think we’re getting more reps but we’re not getting as many as we would like.”