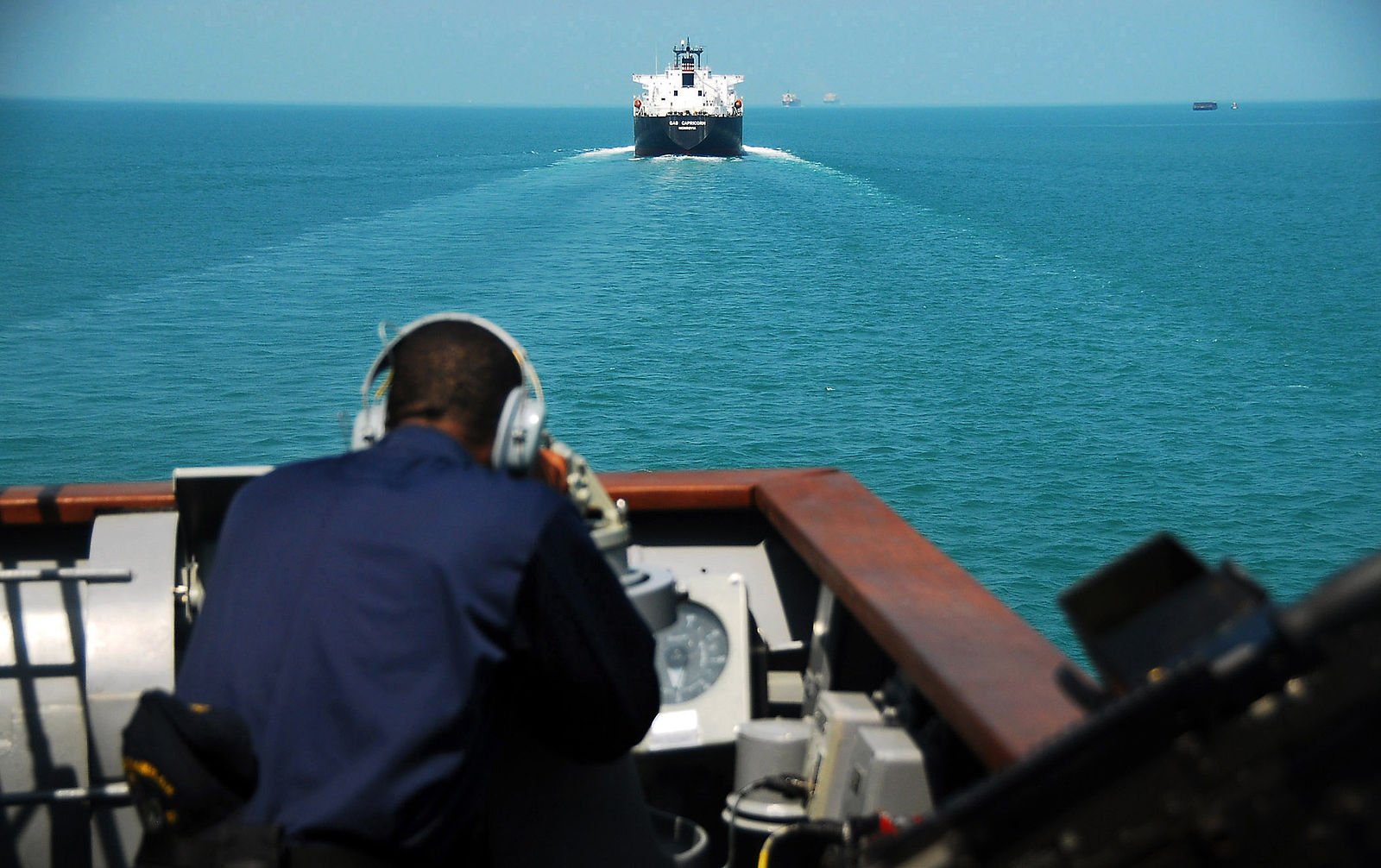 A sailor standing watch aboard the guided-missile cruiser USS Lake Champlain (CG-57) observes boat traffic while transiting the Straits of Malacca in 2009. US Navy Photo

Following this year’s pair of deadly collisions between U.S. guided missile destroyers and merchant ships, the Navy is now considering whether it’s surface fleet is often too stealthy.

Secretary of the Navy Richard V. Spencer and Chief of Naval Operations Adm. John Richardson were peppered with questions Tuesday about their efforts to prevent further collisions while appearing before the Senate Armed Services Committee.

One of the immediate changes to fleet operations, according to Spencer and Richardson, is the Navy’s surface fleet ships will now announce their presence in heavily trafficked shipping lanes.

“Every boat on the Gulf of Maine has a radar on it. When there’s another boat within a mile, or two miles, or five miles and an alarm goes off and shows up on your GPS. How in the world does a billion-dollar destroyer not know there’s a freighter closing in on it? I don’t understand how this could possibly happen,” said Sen. Angus King (I-Maine). “I’ve talked to Maine lobstermen and they’re scratching their heads. They can tell when there’s a flock of seagulls of their bow.”

“Sir, I have the same questions,” Richardson responded. “It’s very hard to understand with the sophisticated systems onboard these warships that we let a ship get in that close to the point of collision.”

“Don’t we have sailors on the bridge with binoculars anymore?” King asked.

Part of the problem isn’t the Navy’s ability to see who else is out there, Richardson said, but everyone else’s ability to spot Navy ships.

“Is there some technology that they couldn’t see us?” King asked. “Are we using a stealth technology?”

The quick answer was yes. The Navy is very good at disguising itself at sea, Richardson said. Navy ships are designed to appear as something much smaller when detected on the radar screens of other ships. Even in daylight, Navy ships are painted Haze Grey to make it very difficult for crews on enemy ships to make visual contact.

“We design our warships to have a lower radar cross-section. Some are designed to be very low,” Richardson said. “That degree of stealth makes us more effective from a warfighting standpoint.”

But this stealth also imposes a burden on Navy crews to understand non-threatening marine traffic will have difficulty recognizing the size, location, and speed of Navy ships, Richardson added. Crews need to be more like a “defensive driver.”

A quick fix, Richardson said, is now the surface fleet is supposed to use its automatic identification system – AIS – when in high traffic areas.

“AIS is primarily and foremost a navigation tool for collision avoidance,” according to Coast Guard instructions. “The AIS corroborates and provides identification and position of vessels not always possible through voice radio communication or radar alone.”

While the Navy has for years had AIS onboard, Richardson said the system was rarely used.

“We had, I think, a distorted perception of operational security that we kept that system secure – off – on our warships,” Richardson said. “One of the immediate actions following these incidents – particularly in heavily trafficked areas we’re just going to turn it on.”