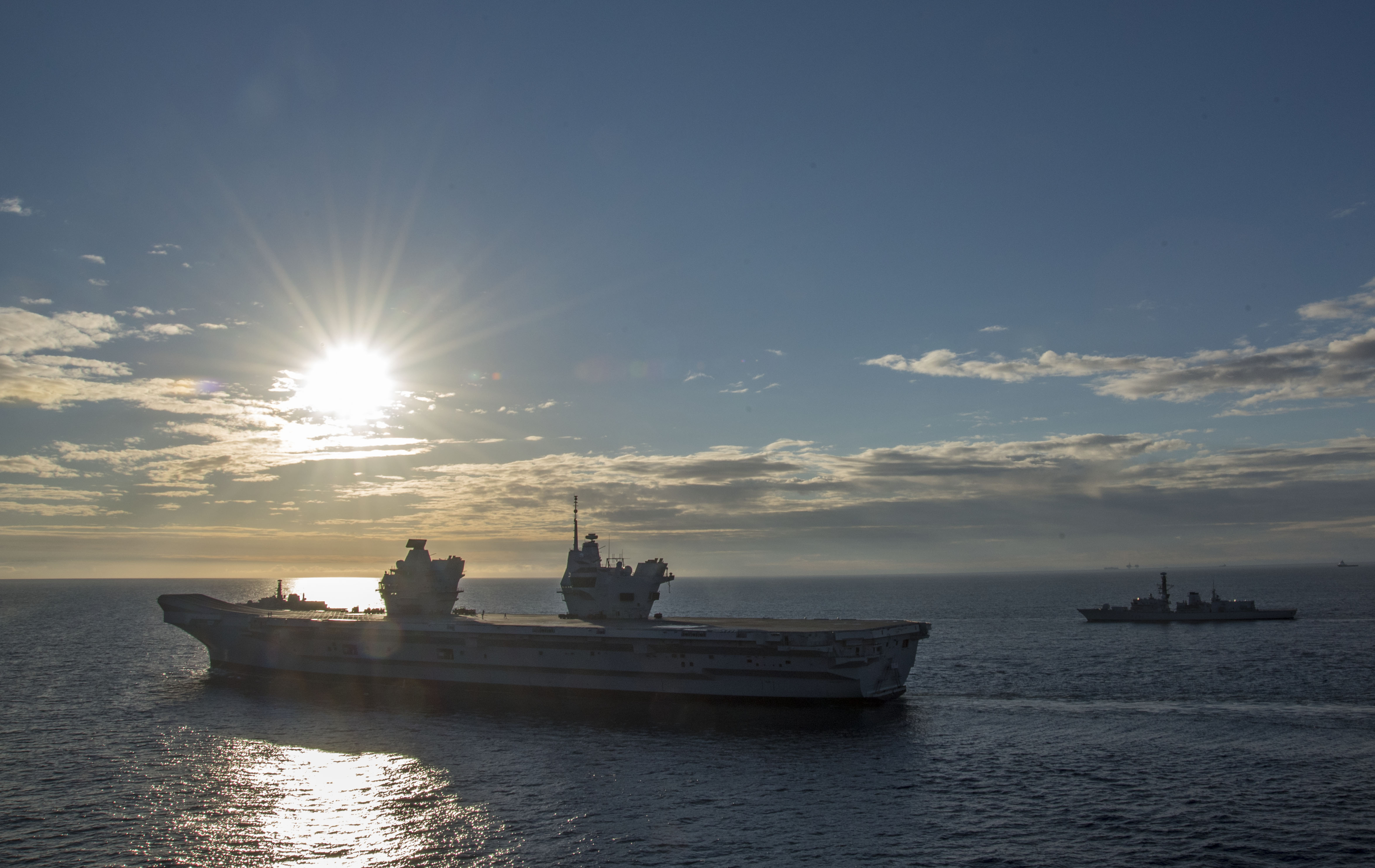 LONDON — A spirited initiative by Royal Navy leaders to accelerate the adoption of autonomous systems in the British fleet has been gently challenged by the senior admiral at the U.S. Office of Naval Research.

Rear Admiral David Hahn, the U.S Navy’s Chief of Naval Research, called for a measured approach to autonomy, in contrast to the “brave and courageous” technology plans outlined this week by U.K. admirals.

With potential adversaries looking to exploit loopholes in the autonomous behaviour of future unmanned systems, Hahn said a cautious approach was required before innovative concepts were rushed into service.

The difference in emphasis between U.S. and British officers emerged during a panel discussion on maritime autonomy at the DSEI exhibition in London on Thursday.

Rear Admiral Paul Bennett, the Royal Navy’s assistant chief of staff for capability, said: “I fundamentally believe that autonomy will transform the way we fight and operate in future, in all domains. That could be a very quick transformation in some areas, and a much slower one in others.”

Pointing to “possible quick wins that we should take”, Bennett said the adoption of autonomous systems could help break the traditional practice of replacing old ships and aircraft with new ones.

Instead, he said, autonomy “potentially allows you to deliver greater mass; you’re able to add a series of effectors linked together to give you a capability. That efficiency around mass is hugely stimulating as a possibility.”

Hahn, who commanded the Los Angeles-class submarine USS Pittsburgh (SSN-720) from 2003 to 2007, suggested that autonomous systems might not be able to fully impact military operations for some considerable time. 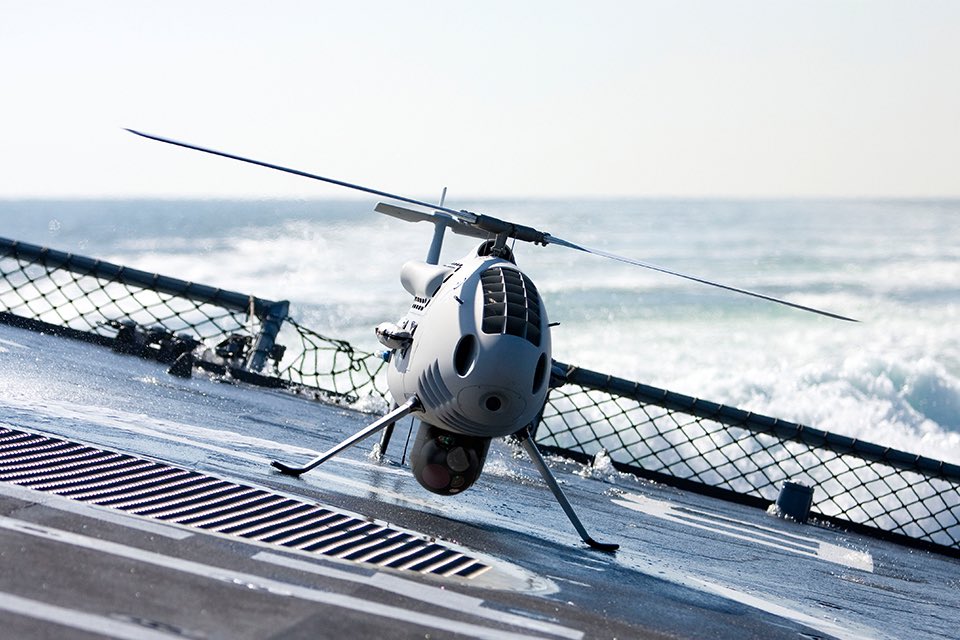 “The U.S. Navy history and experience of autonomy has been going on since 1870 and … true autonomy, of benefit to the warfighter, has always been just around the corner. We feel more like that today because of the advances we see in artificial intelligence [and] processing”, Hahn said.
“However all the applications, from the scientific or commercial perspective, have been very narrow. The environment that we expect these vehicles to play in is complex, unstructured and uncertain – and the adversary gets the playbook.”

An autonomous unmanned vessel, for instance, will be programmed to adopt collision avoidance regulations, but a hostile craft could use this known behavior to nudge the unmanned system off its intended course.

Hahn also warned against assuming that autonomy will provide a solution to data overload among naval personnel.

“The science isn’t there yet”, he said. “Will it get there? Yes. Are we at the inflection point and will we start going exponential in capability? Maybe.
“I think we need to be cautious as we approach this, to understand where we can take it up and then boldly insert it into our capability set.”

In response, Bennett acknowledged that he took a “slightly different view” to his American counterpart. “We want to drive ourselves towards autonomous solutions because we fundamentally believe that it delivers mass and efficiency, but I can’t tell you the timescale and I can’t tell you how far we’re going to get”, he said.

During a solo presentation on the same topic earlier in the day, Bennett told his DSEI audience that the Royal Navy was “absolutely determined that we’re going to embrace autonomy as the future and embrace innovation in every sense”.

With the UK naval community celebrating the construction of new aircraft carriers, frigates and submarines, he said: “If we just focus on platforms, we fail. We have got to … figure out how we challenge the norms, harness new technology and introduce new ways of thinking so those platforms are enabled … to be as effective as they possibly can be. 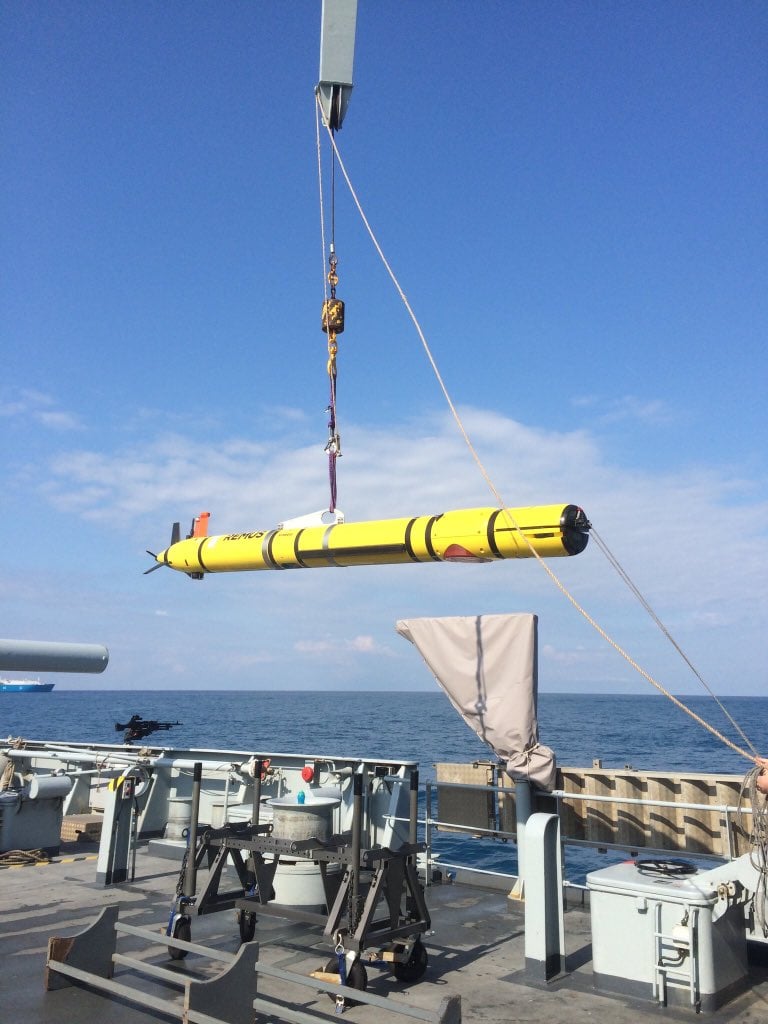 “The navy’s ambition … is to lead in the exploitation of novel and disruptive technology to change the way we fight.”

Calling for action “wherever possible” to reduce the number of sailors and naval aviators in harm’s way, he said that proposals for unmanned logistics ships, automatic fire fighting systems and advanced cockpit technology should be evaluated thoroughly in a drive to reduce the manpower load.

“We will explore and exploit remote and autonomous off-board modular systems to augment and maximise the utility of our finite numbers of ships.”

Exemplifying this approach, Britain’s naval chief on Tuesday announced plans to demonstrate an unmanned rotary-wing aircraft from a frigate in 2018 and accelerate the procurement of an autonomous Mine Countermeasures and Hydrographic Capability by 2019.

Bennett said the navy needed to accelerate the journey from concept to operational service “by incentivizing technological innovation” and by working more closely with academia and industry. 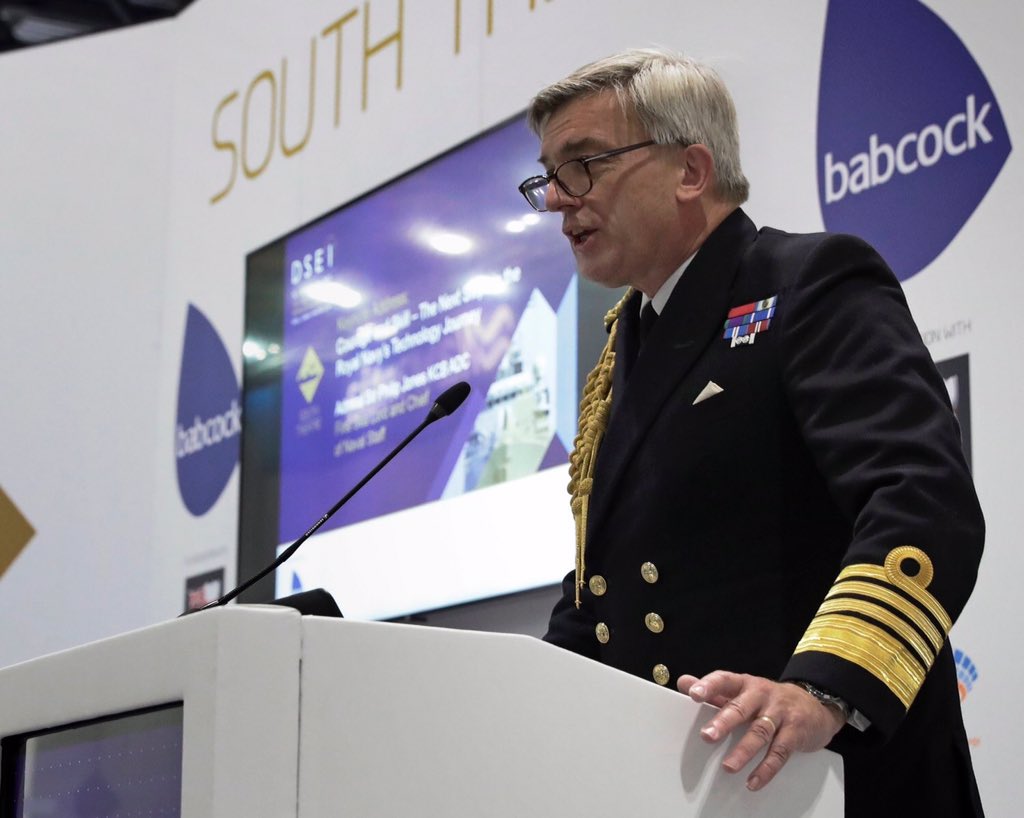 The single “really powerful” lesson to emerge from Exercise Unmanned Warrior in 2016, he said, was that “there’s absolutely no doubt that the technology is available today and if we’re not embracing it we’re failing. We’ve got to figure out a way of embracing it as quickly as we can.

“In the MCM world, for example, we proved without a doubt that the autonomous sensors that are available today certainly match up with the sensors that we’ve got on our current platforms.” While questions remained over how the new technology would be employed, he said “we don’t need to wait for it to mature.”

In a keynote speech on Tuesday, First Sea Lord Admiral Sir Philip Jones argued that “nothing in innovation or warfare has ever been achieved by playing it safe. We’ve seen what the technology can do, now we must take a brave step forward to embrace the opportunity before us.”