LONDON — The Royal Navy’s planned Type-31e light frigate will transform the dismal export record of U.K.-based shipbuilders, a senior government minister told attendees at the DSEI exhibition in London. U.K. defense secretary Sir Michael Fallon said that Britain’s shipyards have not built a frigate for another country since the 1970s.

“We’re changing all that”, he declared in a keynote speech on Wednesday.
“This frigate will rock the exports boat and it’s a model for the way we will approach shipbuilding in future.”

The U.S. Navy is among potential overseas customers being courted by U.K. government officials and industry executives for the cut-price combatant, which is intended (in RN guise) to cost no more than $330 million per unit.

Naval Sea Systems Command has issued outline requirements for a multi-mission frigate with an unrefueled range of between 4,500 nautical miles and 6,500 nautical miles at 16 knots, capable of escorting convoys between the United States and Europe. The Type 31e will have a maximum range at the upper end of the U.S. requirement, according to specifications released by the Royal Navy last week.

Babcock claims that its Arrowhead 120 design will reduce through-life costs by embedding real-time equipment health monitoring sensors during the build process, allowing information about key systems to be gathered during deployments to inform subsequent maintenance periods.

With transatlantic exports in mind, the company also points to its collaborative venture with Florida-based Eastern Shipbuilding to design a new offshore patrol cutter for the U.S. Coast Guard.

Craig Lockhart, the managing director of Babcock’s Naval Marine business, said that an advisor for U.S. naval procurement had expressed interest in the Arrowhead design, and specifically its innovative ‘iFrigate’ platform monitoring system, at the DSEI event.

Their conversation was a “first glimpse” of NAVSEA’s evolving expectations for a future light frigate, Lockhart told USNI News. “They’ll be getting feedback from the Littoral Combat Ship program and taking all that into consideration.”

Core requirements include a point defense missile system or close-in weapon system designed to thwart the kind of attack that might be anticipated in maritime constabulary operations, together with medium and small caliber guns capable of engaging fast attack craft, and provision for a hull-mounted sonar.

An open architecture combat system is also mandatory for the Type 31e, which will have a crew of 80 to 100 plus accommodation for an additional 40 mission-specific personnel.

In his keynote address, Fallon said: “It’s time to build exportability into our thinking from the off, aligning it with the requirements of international clients, allowing for the open architecture that can plug and play with different bits of capability.

“This is a competition. I want to see great companies competing to lower the cost”, the minister added. Other contenders include BAE Systems, BMT Group and Steller Systems. 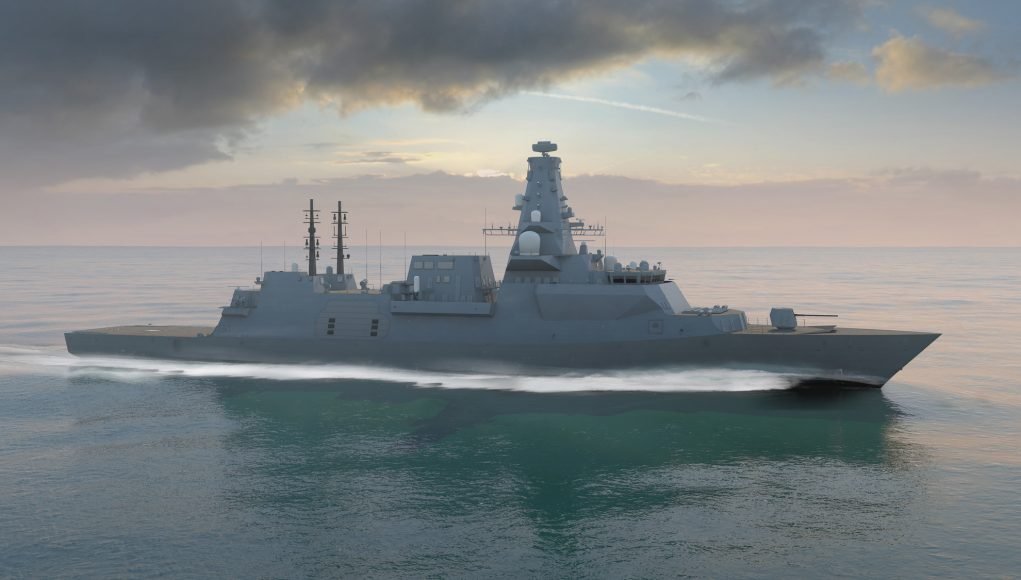 The Royal Navy’s new light frigates – like all its complex warships – will be manufactured in the U.K. although units destined for export may be built overseas, perhaps with training or support packages provided from Britain.

The Type 26 program is expected to cost in excess of $10.5 billion, with first-of-class HMS Glasgow due to enter service in the mid-2020s.