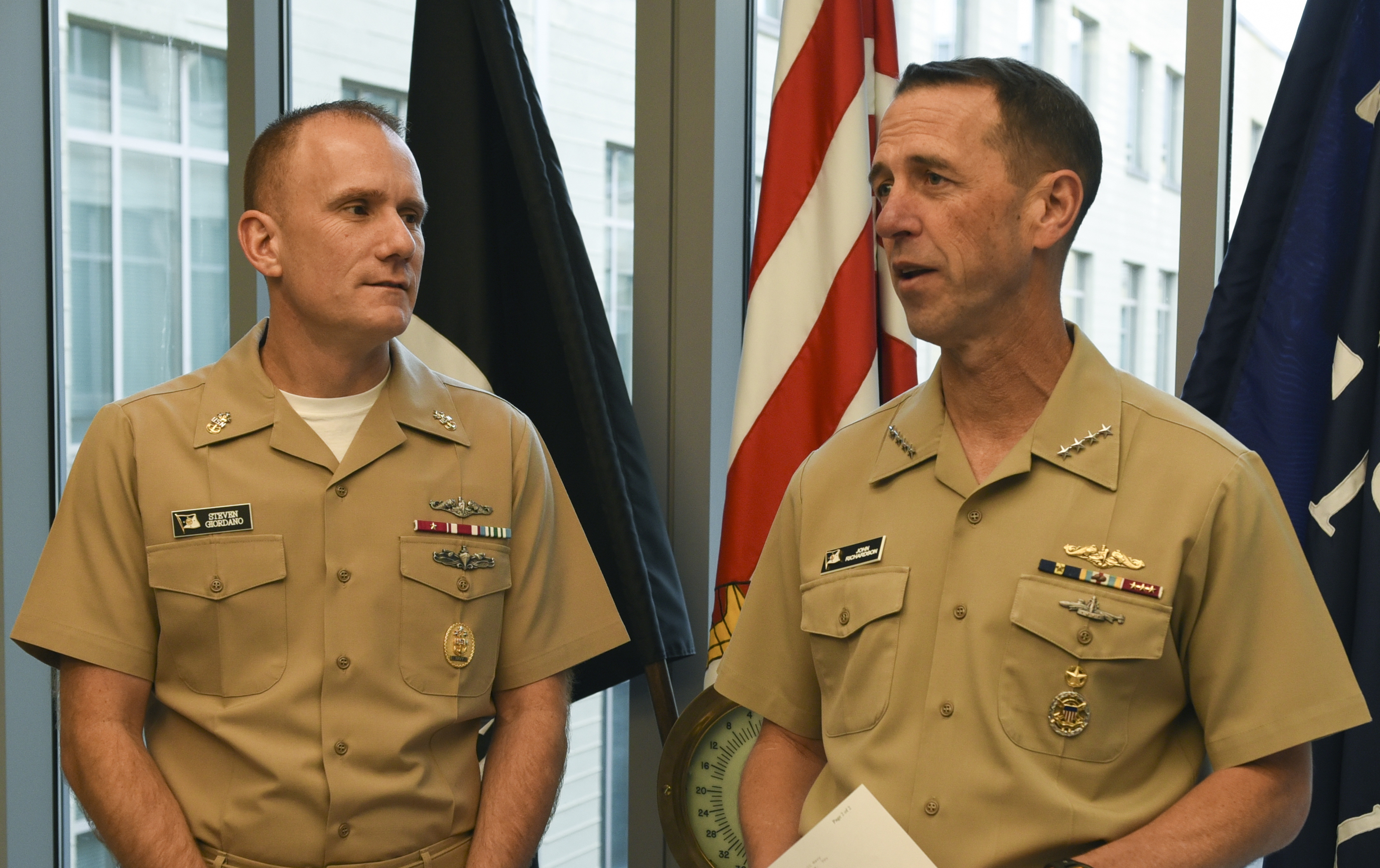 In the aftermath of two collisions this summer between Navy ships and commercial vessels and a spate of other incidents this year, Richardson ordered a fleet-wide operational pause to address safety and operational issues. With a chance to ask the Navy’s leaders anything, safety dominated the questions Richardson and Giordano culled from more than 200 submitted before the LIVE event.

Addressing operational safety, Richardson sought to dispel an ongoing rumor the collision between USS John S. McCain (DDG- 58) and a merchant ship was caused by a cyber-attack rumor.

Answering a question referring to the idea the fleet is being stretched too thin, Richardson implored sailors to “fight against this do more with less mindset.”

What makes us the most powerful Navy is we have standards, Richardson said. Pushing back against the “do more with less mindset” will help the Navy’s leadership determine whether changes need to be made to how fuel, money, and manpower are resourced.

“If you let this do more with less mindset eat into our way of doing business, you start to see this slow decline in readiness,” Richardson said.

Giordano, when answering a question submitted by a reservist, said the Navy reserve community could help solve some current manning gaps.

“We’re looking for the reserve community to fill manning at sea and critical ratings,” Giordano said.

Both Richardson and Giordano made clear their belief the key to safety rests on how each sailor performs.