The following are a timeline of the events surrounding the collision of USS Fitzgerald (DDG-62) and ACX Crystal on June 17, 2017. 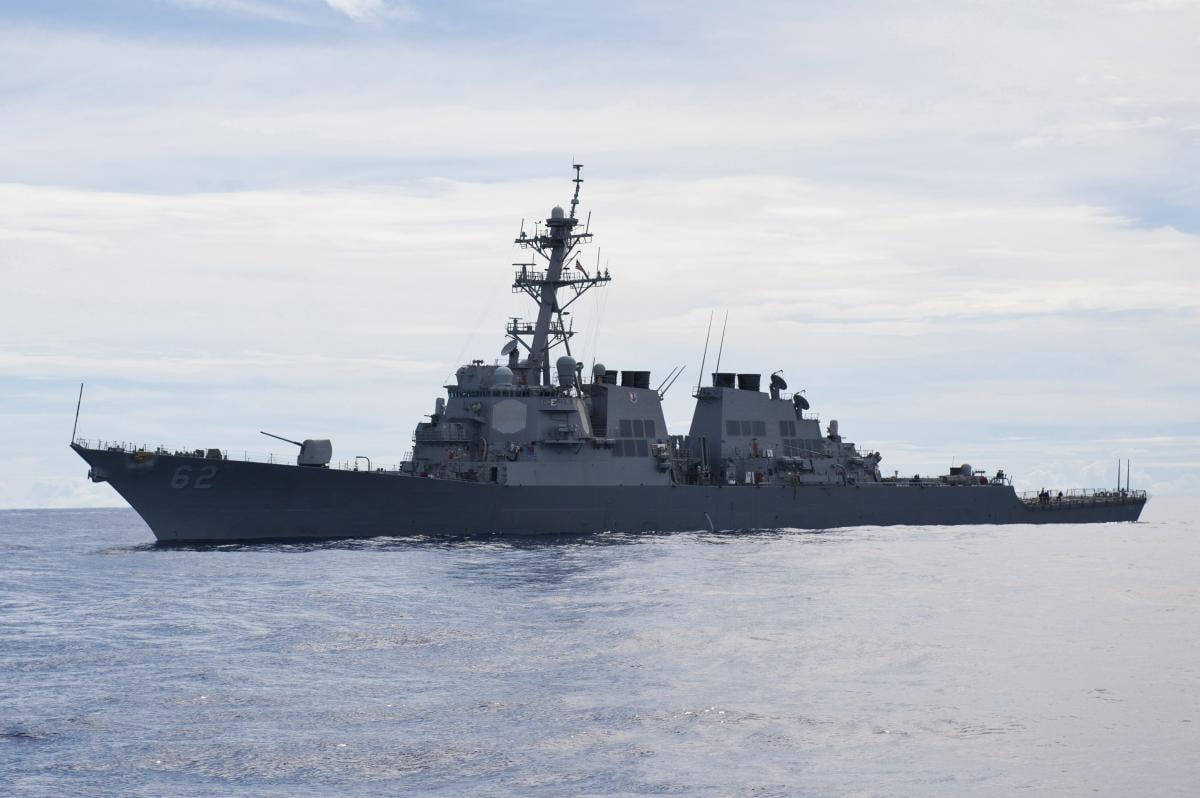 Fitzgerald starts an outbound transit to sea from Sagami Wan operating area, after having departed homeport Yokosuka, Japan, earlier in the day. At this time, Fitzgerald was operating in a standard condition for deployed ships steaming at night, including being a “darkened ship.” All exterior lighting was off except for navigation lights and all interior lighting was switched to red instead of white. Also, control posture of the ship was “Modified ZEBRA,” meaning all doors inside the ship, and all hatches at the main deck and below were shut in order to help secure the boundaries between different areas of the ship in case of flooding or fire. Watertight scuttles on the hatches (smaller openings that can be opened or closed independently of the hatch) were left open to allow easy transit between spaces. These conditions, according to the Navy, are common for a ship to employ at that hour, as required by international navigation rules of the road, and by procedures established for all Navy surface ships.

Fitzgerald and ACX Crystal collide, when the port side of the Crystal’sbow, near the top where the anchor hangs, strikes the Fitzgerald’s starboard side above the waterline, creating a 13-foot by 17-foot hole spanning the second and third decks.Crystal’s bulbous bow struck the starboard access trunk, an entry space for entry to through a non-watertight door to Berthing 2. The force of the collision causes the wall supporting this door to pull away from the ceiling, bending to a 90 degree angle. Nothing separates Berthing 2 from the onrushing sea.

Berthing 2 is reported completely flooded. Of the 42 sailors assigned to Berthing 2, five were on watch, two were not onboard, 28 were able to escape. The seven sailors who died were in berthing rows 3 and 4, the closest to the point of collision.

Commanding Officer Cmdr. Bryce Benson is found trapped in his stateroom. Five Sailors use a sledgehammer, kettlebell, and their bodies to break through the door into the commanding officer’s cabin. They remove the hinges and pry the door open enough to squeeze through. A large amount of debris and furniture remained lodged against the doorway, preventing easy entry or exit. Ultimately a junior officer and two chief petty officers removed enough debris from in front of the door to crawl into the cabin. The skin of the ship and outer bulkhead were gone and they reported seeing the night sky through hanging wires and ripped steel. The rescue team tied themselves together with a belt, creating makeshift harness to retrieve their commanding officer, who was found hanging from the side of the ship.

Primary gyro compass is reported lost; this is the tool used to detect true North, vital for determining the ship’s course.

Commanding officer is recovered from his stateroom and moved to bridge

Communication with sonar control is established and the three trapped sailors are freed shortly after.

Loss of communications and loss of proplulsion reported.

Kano arrives on the scene.

Izanami arrives at the scene.

Fitzgerald underway, moving under own power at three knots.

Fitzgerald switches to paper charts due to loss of navigation systems.

Divers recover the first body of the seven sailors who died in Berthing 2.

Divers recover the final body of the seven sailors who died in Berthing 2.