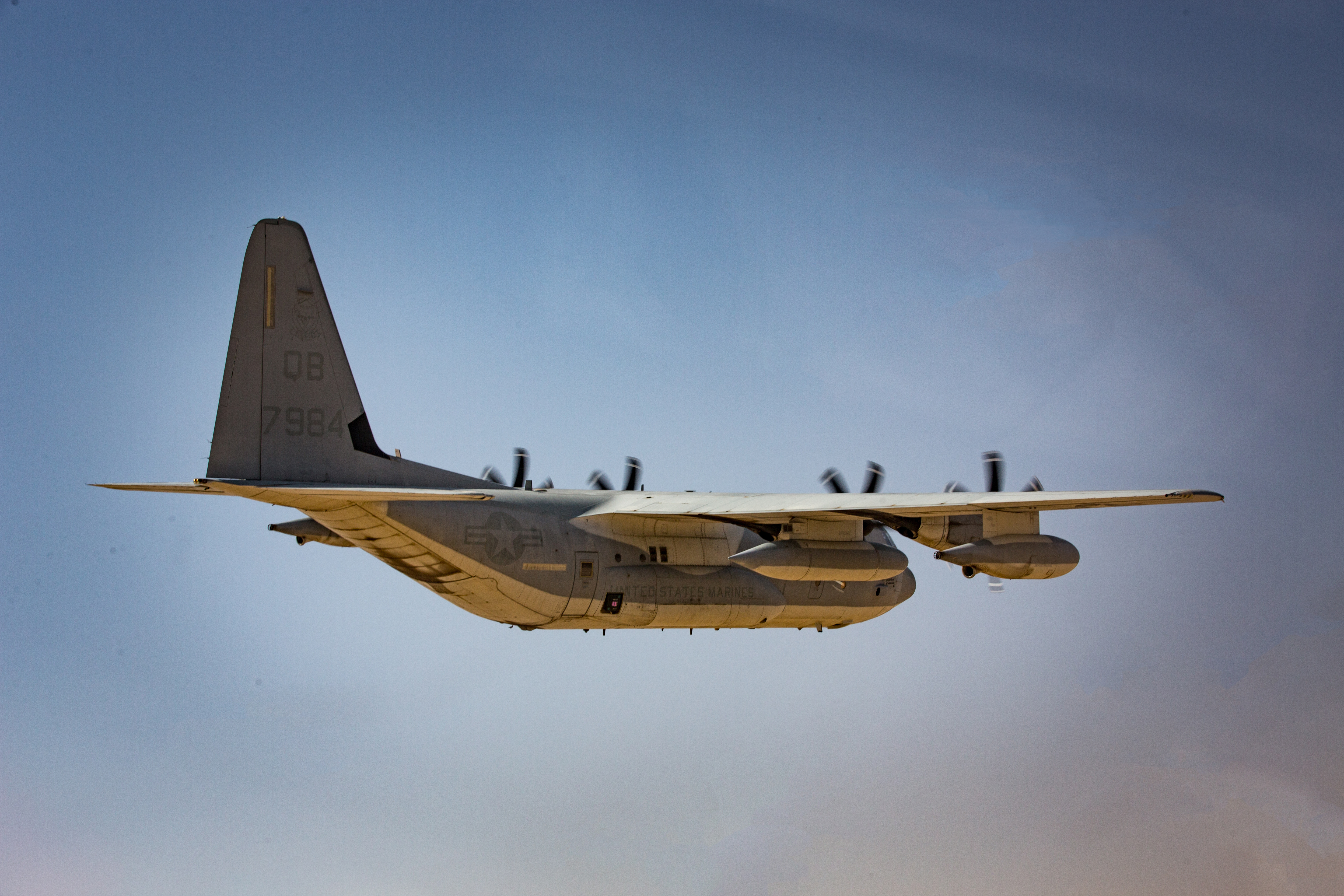 A Marine Corps KC-130J on a training mission experienced a loss of pressure at 21,000 feet on Aug. 15, leading to five personnel developing decompression sickness symptoms.

The aircraft comes from Marine Aerial Refueler Transport Squadron (VMGR-352) in the 3rd Marine Aircraft Wing. On Tuesday the plane departed Marine Corps Air Station Miramar with 46 passengers onboard for a routine training mission, according to a Marine Corps news release. When the loss of pressure occurred, the air crew safely returned the plane to MCAS Miramar.

Four Marines and one sailor from 3rd Low Altitude Air Defense Battalion at Camp Pendleton, Calif., displayed symptoms the next day and were brought to Naval Medical Center San Diego, where they were treated and released.

The Marine Corps is investigating the incident.

The KC-130 family of aircraft has among the best safety records of all Marine Corps aircraft in service today. However, a legacy KC-130T crashed on July 10, killing all 16 personnel aboard. The Marine Corps has not yet discussed the cause of that crash.