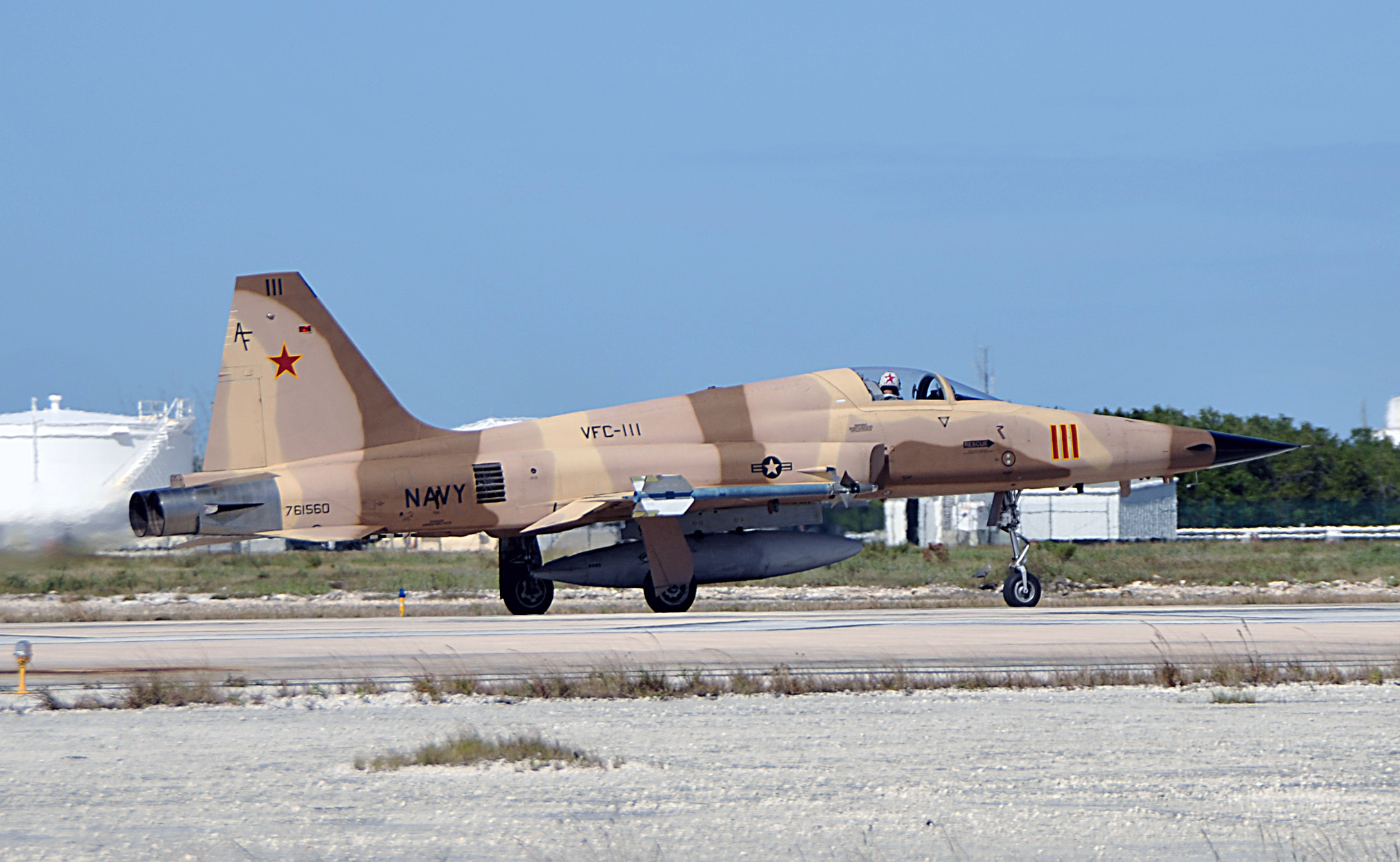 An F-5N Tiger II assigned to the Sun Downers of Fighter Squadron Composite (VFC) 111 launches from Boca Chica Field in 2014. US Navy Phoro

The pilot of an F-5N Tiger II that crashed into the Atlantic off the Florida coast has been released from the hospital with no apparent injuries, according to a statement released Friday by the Navy.

The pilot’s identity is not being released while the incident is under investigation.

The pilot went down Wednesday at about 12:28 p.m. EST, during a training operation roughly 20 nautical miles off the Florida coast south east of Key West. A Coast Guard Air Station Miami HC-144 Ocean Sentry assisted in the search and an MH-65 Dolphin helicopter crew ultimately rescued the pilot.

Only parts of the aircraft have been recovered. The remaining wreckage has sunk to the ocean floor, approximately 3,000 feet deep, according to a statement released by the Navy. Along with the depth complicating a possible recovery effort, undersea currents have likely spread the wreckage in unknown directions, a Navy spokesman said. Currently, the Navy does not plan to recover the rest of the aircraft.