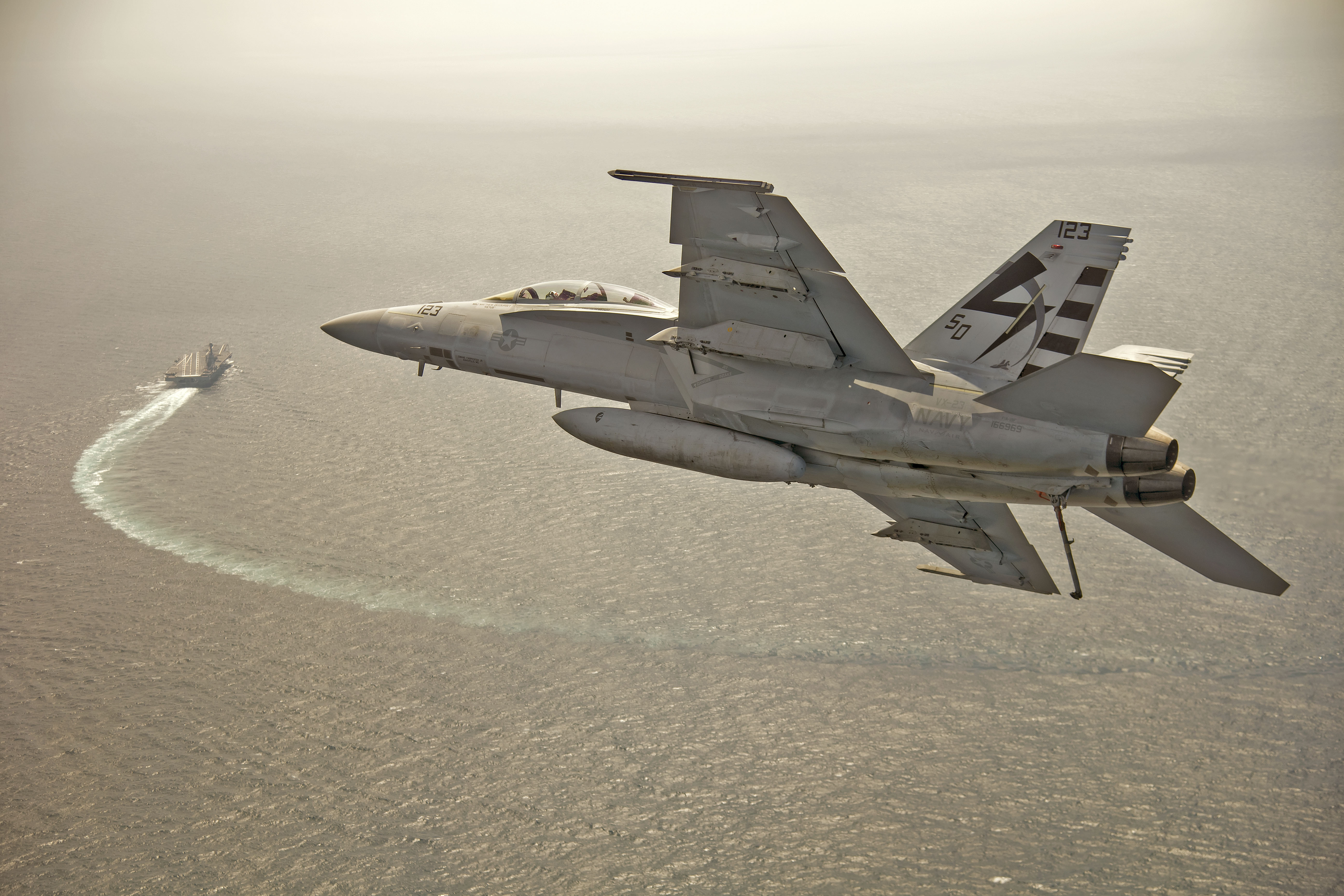 EMALS and AAG are two of five transformational technologies resident on Ford and are designed to be crewed with fewer sailors and be more gentle on aircraft.

EMALS uses the same electromagnetic technology that launches modern roller coasters and can specifically dial in the force needed to launch an aircraft rather than the older, less precise Mk 13 steam catapults on the Nimitz-class.

The AAG sheds the messy hydraulics of the Mk 7 for a paddle wheel system that places less stress on the aircraft and requires less crew and maintenance.

“Typically in our manned aircraft designs, you have to build an airplane that fits within the operating envelope of the Mk-7 arresting gear and the Mk-13 catapults. So you kind of start with an operating envelope that gets you sort of a design of aircraft like we have now – F-18 Super Hornet, Growler, Joint Strike Fighter,” Rear Adm. Michael Manazir, then the Navy’s director air warfare told reporters in 2015.
“The aircraft are structured that way, they’re strengthened … you build weight and structure into the airplanes to accommodate the violence of the arrested landing. With the Advanced Arresting Gear and the ability to land an airplane – it’s still a controlled crash, but relatively more softly, and to launch it relatively more softly, and so a graduated kind of force as the airplane goes up – you can now start to do things with aircraft design that you couldn’t do before. It might allow us some more margin in weight, in size, and in structure and capability.”

Most of the sailors involved operating EMALS and AAG have worked on the system since 2013 and the arrestment was a culmination of years of work to integrate the system with the aircraft carrier.

Both programs have been challenged and a target of public and legislative ire. Due to a major design flaw in the AAG from builder General Atomics, the Navy was considering ditching the system from future Ford-class aircraft carriers as late as last year.

In May, President Donald Trump expressed hard opinions on the system and a desire to switch Ford back to steam, but never formally engaged the Navy, USNI News understands.

Still, against the backdrop of criticism of both systems, Ford EMLAS operator ABE1 Jeremy Stoecklein told reporters on Tuesday that when test pilot Lt. Cmdr. Jamie Struck’s Super Hornet left the deck using EMALS he was filled with powerful emotions.