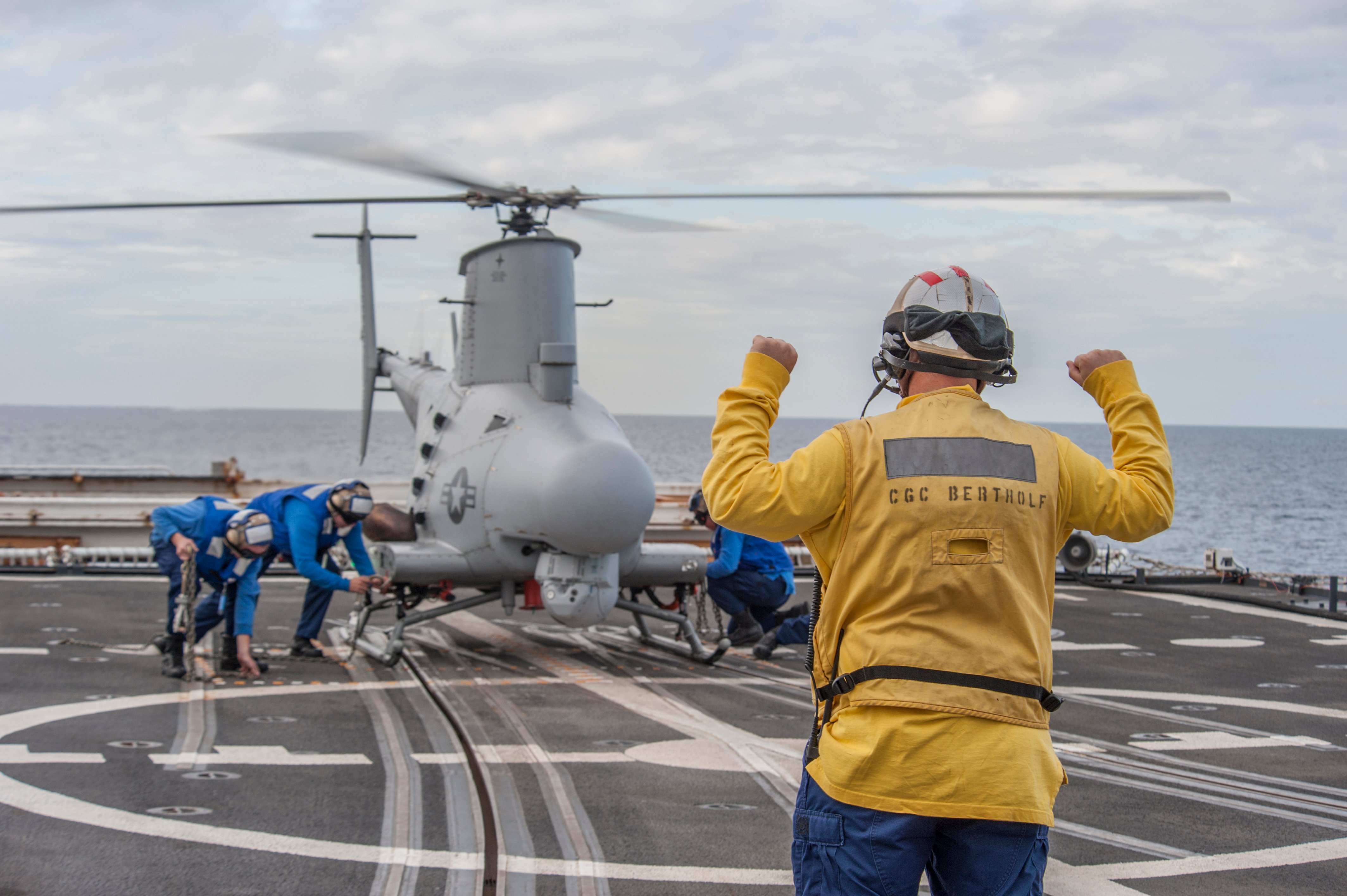 The Coast Guard is pursuing a path to greater maritime intelligence, surveillance and reconnaissance (ISR) capabilities through an approach that leverages both Department of Homeland Security and Department of Defense resources, the commandant said today.

Adm. Paul Zukunft, speaking at an event co-hosted by the Center for Strategic and International Studies and the U.S. Naval Institute, said ISR assets are in high demand around the world and that his cutters operating in the Americas struggle to get the support they need from the geographic combatant commanders’ ISR tools.

“I can request forces, but those are precious commodities right now when you look at what our ISR needs are around the world. So maybe the Western Hemisphere or maybe the Arctic doesn’t rack and stack high enough, so I need to invest in that,” he said.

Zukunft said there are 11 Coast Guard ships operating in U.S. Southern Command today, for example, and “it’s great you’ve got all this presence on the water, but now we’re lacking in ISR, which is why we’re looking at unmanned aerial systems, the endurance they provide, the cueing they provide to close some of those gaps for us.”

To develop these ISR assets that are right-sized to support Coast Guard missions, Zukunft said the Coast Guard is taking an approach that avoids two previous failures: trying to develop a new system alone and from scratch, and trying to use a system developed for the U.S. Navy.

“Probably about 12 years ago we thought we’d go it alone, and we looked at different systems that could operate off a Coast Guard cutter,” the commandant said.
“We failed at our first attempt at unmanned aerial (systems), and then we were punished. How dare you fail at this? So then we looked at the Navy’s Fire Scout program, and then we put it on one of our cutters, but then we saw 20 people come in behind it that need to support this ‘unmanned’ – I’d say it’s ‘unoccupied’ but it’s certainly not ‘unmanned,’ when I look at the tail that comes with it – and I said, I don’t have enough bed space for you all. So I need something that’s less dense in terms of the support.”

“Our Customs and Border Protection air and marine branch, they operate nine MQ-9s. A couple of these have the Seavue radar, a very good maritime sensor, on it,” he said.
“We’ve invested in [research and development] to look at some state-of-the-art sensors that can do all-source exploitation, put it in the maritime environment and then put it in the air for 18, 20, 24 hours. And maybe not based here in the United States, but based closer to where the threats are at. We have a forward operating base down in Comalapa down in El Salvador, we’ve done flights out of Curacao in the past, so looking at where are the threats, where can we provide persistent surveillance. But working within the Department of Homeland Security, as a military service we bring our relationship with DoD in terms of best sensors available. The Minotaur (mission management system) program, which is being operated in DoD, is being operated in the Coast Guard, which has now been adopted by CBP as well. So if you can leverage those systems, economies of scale, the training, the spare parts and all of that, I think there’s a huge advantage in doing that.” 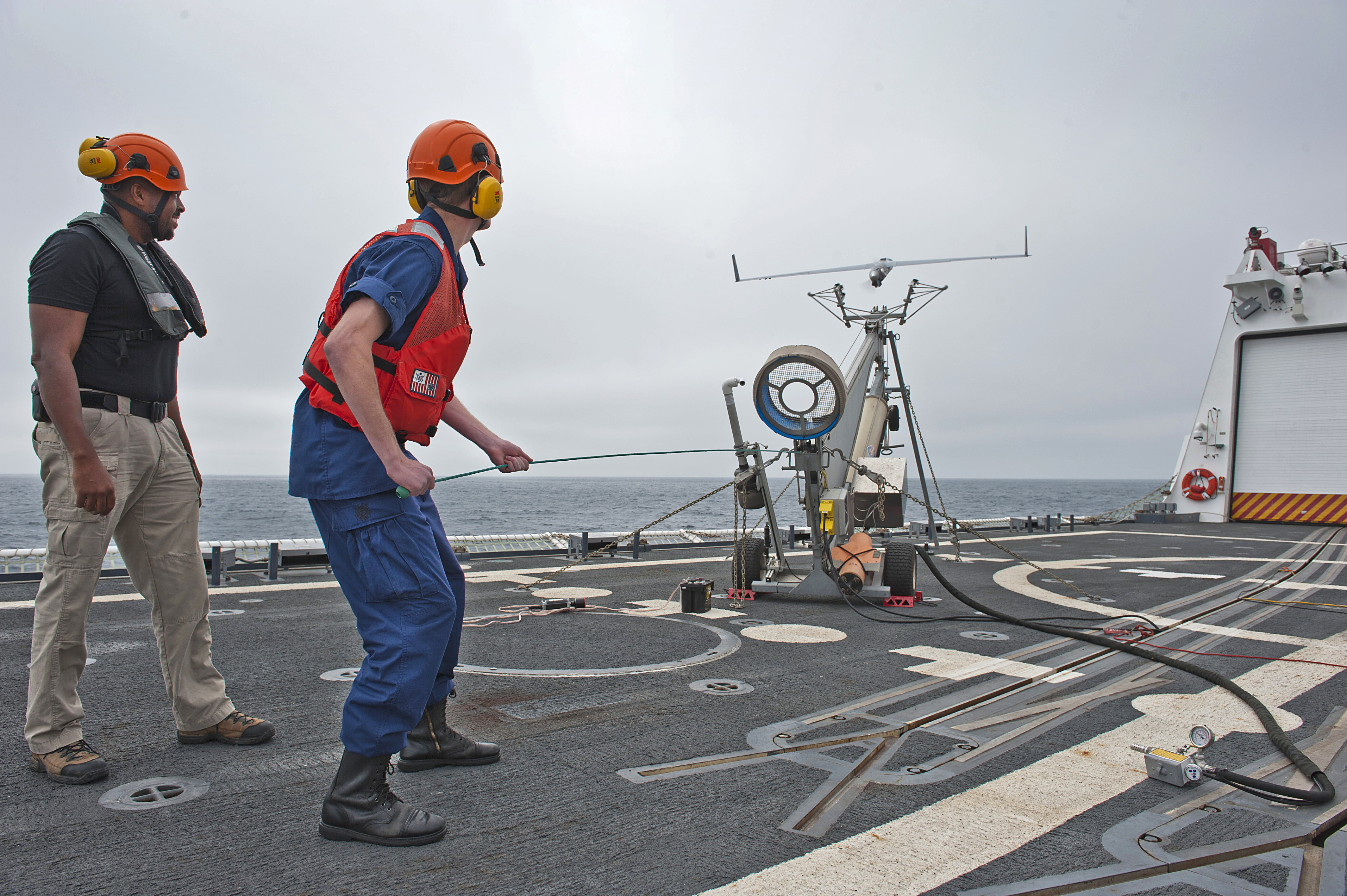 Also at the event, Zukunft said the Coast Guard – as well as ports and shipping companies and others – needed to make investments in cyber. In the aftermath of a June cyber attack on global shipper A.P. Moller-Maersk, the Coast Guard has tried to learn as many lessons as it can about vulnerabilities in its current infrastructure to be stronger against future attacks.

“I was just out in L.A., Long Beach, Friday and I met with the port director at APM Maersk to find out what happened earlier at the end of June, which shut down Maersk shipping for four to five days. And what concerns me there is we’re seeing the number of shippers, especially in containerized shipping, consolidate. Fewer of them. And what if this was a coordinated attack that would shut down multiple shippers?” Zukunft said.
“When I look at the Rust Belt, the manufacturing floors, they usually have about three to four days of inventory on hand. Their warehouse is on a rail car, and from there it’s on a container ship. But that just-in-time inventory does not compensate for any disruption of any of that product moving from ship to shore to ultimate destination. So a real challenge. The good news is Maersk notified us, they called our national response center so we could activate our Area Maritime Security Committees about this threat that literally wipes your database clean. It’s not even ransomware; what’s the point of paying a ransom when all your data is lost anyway? You’re going to have to go out and recapitalize your entire IT system, and Maersk was able to do just that, but I would put Maersk as a responsible shipper. They were able to share with us, and very discretely, some of the vulnerabilities that we learn from.”