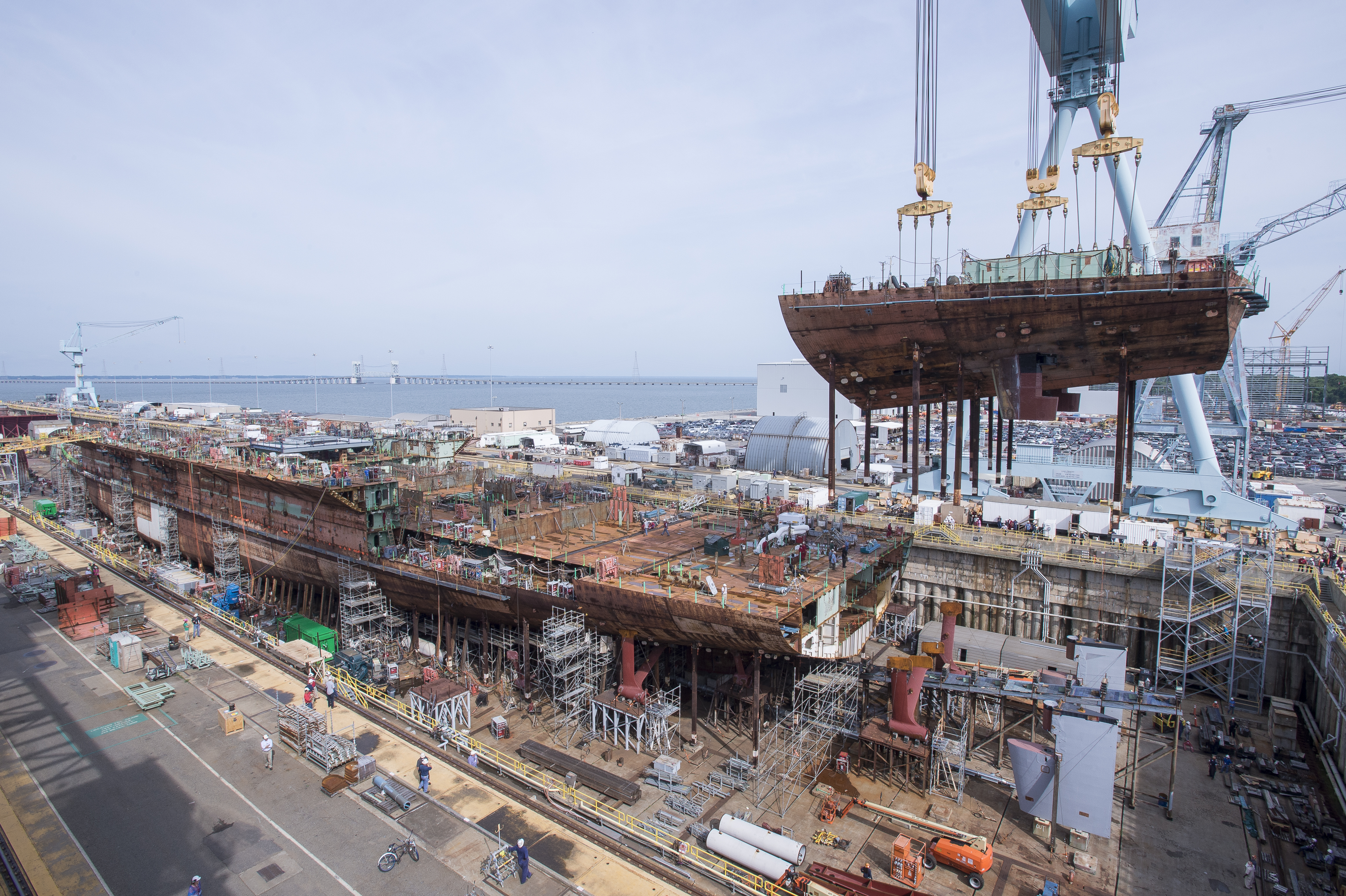 WASHINGTON, D.C. — Spending more money now to increase the Navy’s fleet size will signal to potential adversaries their victory at sea is not possible, but accomplishing this is neither cheap nor quick, a quartet of experts told a Senate panel on Tuesday.

During testimony Wednesday at the U.S. Senate Armed Services subcommittee on seapower, the experts offered reasons why spending must increase and more, suggested ways to both speed up the process and save money to achieve the stated goal of maintaining a 355-ship fleet.

As currently planned, the Navy will not be able to achieve the 355-ship requirement for at least 18 years, said Eric Labs, senior analyst for naval forces and weapons with the Congressional Budget Office.

“If the fleet requirement were relaxed, 355-ships could be achieved quicker,” Labs said.

But relaxing the requirements would mean altering the types of ships the Navy builds, including recognizing the service would not meet its goal of 66 attack submarines in 15 years because of capacity concerns with the shipyards, Labs said.

A 15-year build-up is the most expensive option, $3.1 trillion through 2047 to build and maintain the fleet, but would only cost about three percent more than a 30-year build-up plan, according to Labs testimony. The Navy’s current plan is about $300 billion to $400 billion less than the estimated CBO costs, but the CBO also estimates the Navy’s current spending plan falls short in 22 of the next 30 years in terms of what’s needed to both build, maintain and properly staff a 355-ship fleet.

Labs also said the shipbuilding industry would likely need to spend up to $4 billion on physical improvements to shipyards. Most of this money would be needed to increase the ability of shipbuilders to manufacture submarines.

The Navy could speed up its fleet build-up by refurbishing existing ships to extend their life spans, recommissioning ships recently taken out of service and considering buying more existing platforms instead of designing new ships, Ronald O’Rourke with the Congressional Research Service told the panel.

Specifically, O’Rourke suggested extending the service life of the Los Angeles-class attack submarine (SSN-688) by a few years. During the next decade, the youngest submarines in the class will near the end of their anticipated service life. By extending their life with regular maintenance, O’Rourke said the Navy could avoid potential submarine production problems – when the Navy reaches a point it’s retiring subs faster than new ones are being launched.

“If you baby these ships and take care of them, you can extend their lives,” O’Rouke said.

One reason for concern is potential adversaries are taking note of the age of the Navy’s aging fleet and ability to spend money on new ships.

When asked by Wicker what actions the Navy could take to dissuade the Chinese or Russian governments into thinking they could achieve seapower dominance, the answer was clear from Jerry Henrdix, with the Center for a New American Security. Large investments in shipbuilding sends the message to other great powers they ultimately they will not win at sea.

“Our adversaries look at our budgets process and exploit it,” said Bryan Clark, senior fellow at the Center for Strategic and Budgetary Assessments.

Countries such as China and Russia, Clark explained, send representatives to neighbor nations and tell those governments they can’t rely U.S. because the Navy currently is stressed in terms of meeting all the mission needs.

“To be deterred, aggressors must be presented with the possibility that their goals will be denied,” Clark said. “It will also require a larger fleet, as regions such as Northern Europe, the Eastern Mediterranean, and the Indian Ocean become hot spots for great power competition and confrontation.”