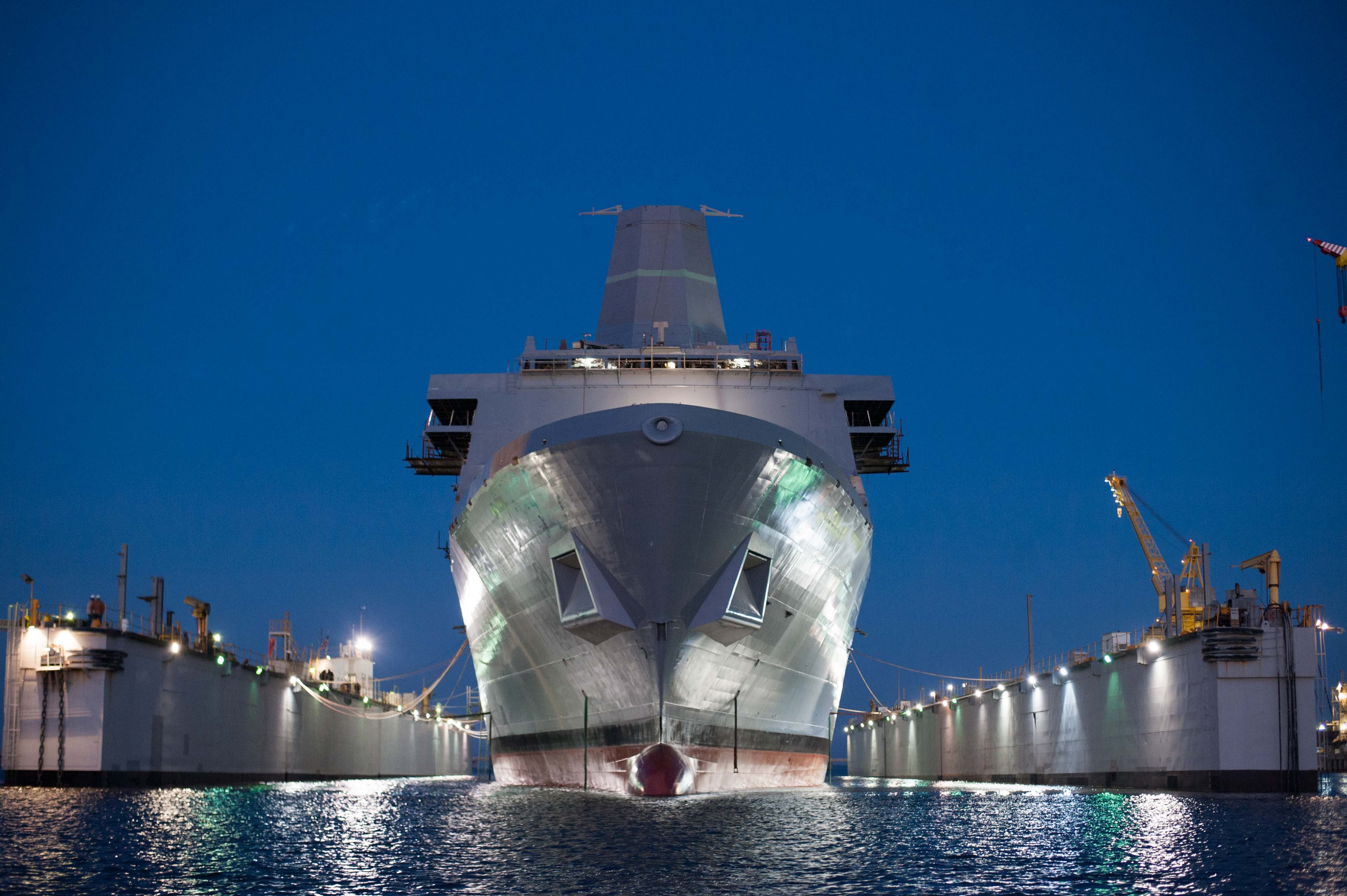 Portland (LPD-27) returned to Ingalls Shipbuilding after the trials on June 30, 2017 ahead of acceptance trials and an anticipated delivery later this year.

The 25,000-ton “ship will carry 699 troops with a surge capacity to 800-and have the capability to transport and debark air cushion or conventional landing craft and amphibious vehicles, augmented by helicopters or vertical takeoff and landing aircraft (MV-22). These ships will support amphibious assault, special operations and expeditionary warfare missions through the first half of the 21st century,” according to the Navy.

The class was originally supposed to stop at Portland but is being extended at least by one hull to include the planned Fort Lauderdale (LPD-28). Lawmakers provided $1.8 billion in the Fiscal Year 2017 spending plan for an LPD-29.

The Navy is set to use the San Antonio hull for the basis of its next-generation LX(R) amphibious hull design.

“Right now we’re still looking at a requirement for more of those amphibious ships,” Chief of Naval Operations Adm. John Richardson told USNI News in May.
“We’d like to get the LX(R) moving as quickly as we can, that has to be consistent with a mature design and all those things that really kind of guarantee shipbuilding success. So I think that that will be a dynamic conversation this year.”

The following is the July 3, 2017release from NAVSEA.

LPD 27 will be the eleventh ship of the LPD 17 San Antonio class to join the Fleet. The ship is scheduled to deliver later this summer. Following in USS John P. Murtha (LPD 26)’s footsteps, which commissioned in October 2016, LPD 27 will commission in the spring of 2018. LPD 27 is named for the city of Portland, Oregon, and follows the World War II heavy cruiser CA 33 and the amphibious ship LSD 37 as the third U.S. Navy ship to bear the name Portland. Portland, Oregon will host the commissioning ceremony and the ship will be homeported in San Diego, California.

The principal mission of LPD 17 San Antonio-class ships is to deploy combat and support elements of Marine Expeditionary Units and Brigades. With the capability of transporting and debarking air cushion or conventional landing craft and augmented by helicopters or MV-22 vertical take-off and landing aircraft, these ships support amphibious assault, special operations, and expeditionary warfare missions. “LPD 27 is on track to join her sister ships in performing missions around the world,” said Metcalf. The first ten LPD 17 Class ships have deployed for a combined nineteen times.

As one of the Defense Department’s largest acquisition organizations, PEO Ships is responsible for executing the development and procurement of all destroyers, amphibious ships, special mission and support ships, and special warfare craft.