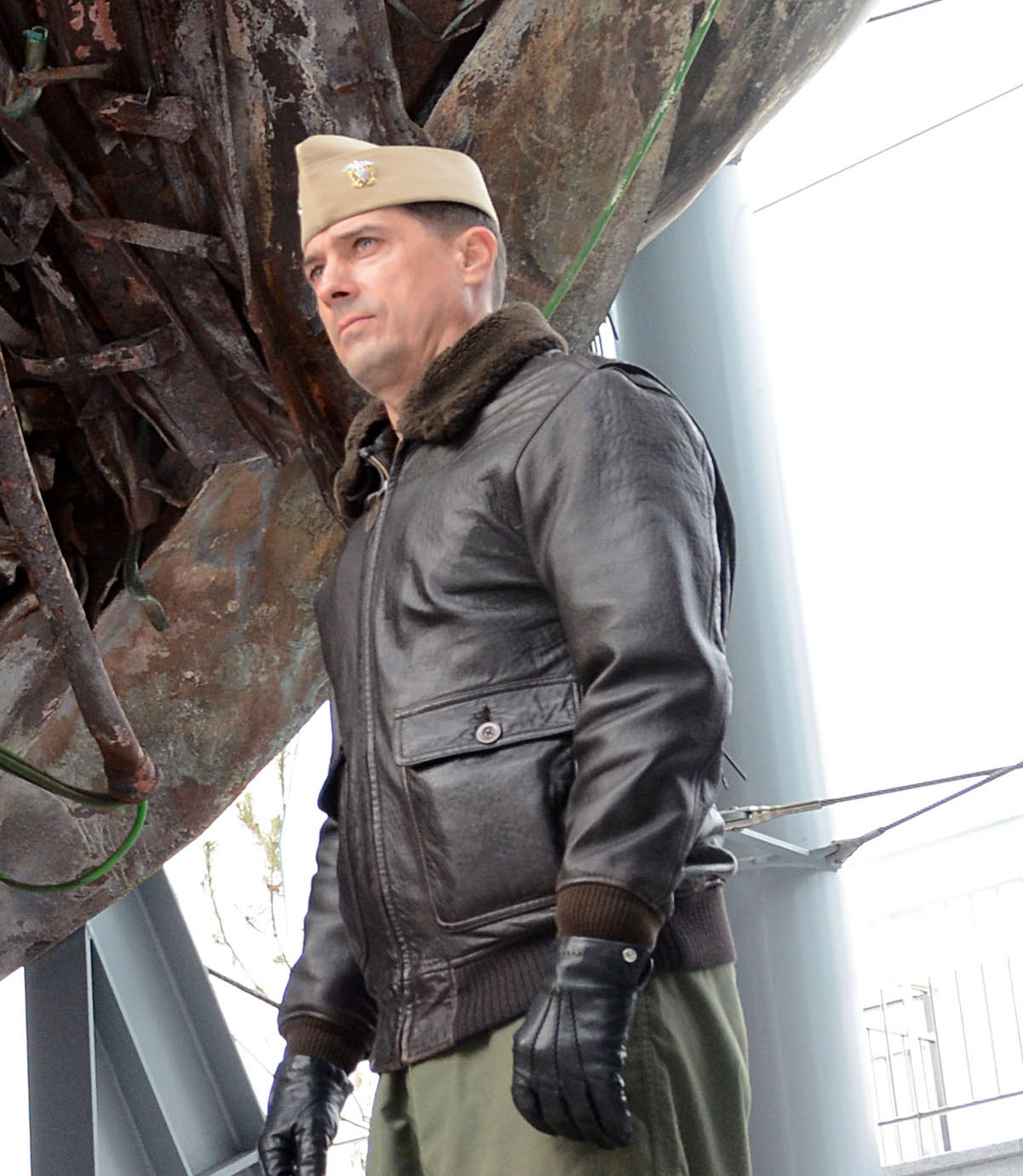 This post has been updated with additional information from Monday’s Article 32 Hearing.

NAVAL STATION NORFOLK, VA. – The first officer to be charged for crimes related to the wide-ranging Glenn Defense Marine Asia case by the military faced an Article 32 hearing on Monday.

According to the charge sheet, Morales – “on diverse occasions” at or near Singapore; Busan, South Korea; Honolulu, Hawaii; and Bangkok, Thailand, between March 2012 and September 2013 – conspired with Leonard Francis, president of Glenn Defense Marine Asia, to bribe Navy officials to influence ship schedules so GDMA would have a competitive advantage for lucrative husbanding contracts.

Prosecutors also allege the aviator lied to commanders, patronized prostitutes and failed to report at least one foreign contact.

During the hearing – the military equivalent of a grand jury proceeding – prosecutor Cmdr. Angela Tang presented a string of text messages and emails the Department of Justice collected in the myriad of prosecutions in the overarching federal case. Francis has pleaded guilty to orchestrating a vast web of Navy members to route him secret information on ship schedules to benefit his husbanding business.

Tang showed the preliminary hearing officer, Capt. Ross Leuning, several texts and emails back and forth between Morales and Francis in which the government says proves that high-dollar gifts Francis handed out translated into Morales supplying information on personnel and unclassified ship movements.

Morales accepted concert tickets, meals and travel for advance knowledge of exercises. The Hornet pilot turned logistician served in Singapore starting in 2008 and began interacting with Francis in 2011, according to prosecutors.

He had enlisted in the Navy in 1987, graduated and from the U.S. Naval Academy in 1992 before embarking on a career as a deployed F/A-18 pilot before then moving into the word of logistics.

Protectors were clear that there was no proof classified evidence that passed from Morales to Francis, but the exchange of the gifts for the information is the basis for the Navy’s argument that Morales graft and bribery charges.

Morales, the prosecution said, was an allegedly late addition to the conspiracy that extended back almost a decade from Francis’ 2013 arrest. Tang argued Morales was being groomed to replace Cmdr. Vannak Khiem “Michael” Misiewic, a key conspirator who admitted to regularly supplying information to Francis over several years as part of his 2016 plea of guilty to federal authorities.

Morales’ civilian defense attorney, Frank Spinner, argued the government had no evidence of the bribery or the graft charges based on the text information. He also pointed out that while the government has communication that Morales was at events where prostitutes had been present, there was no direct evidence that Morales engaged the women for sex, Spinner said.

While the charges and accusations are similar to other cases related to the Fat Leonard, what set Monday’s apart from the previous prosecutions is the venue – a military courtroom. Previous prosecutions have been handled by the Department of Justice out of its San Diego office in civilian court.

“The Navy is clearly invested in getting this right. I’m glad to see them pursuing an officer at court-martial for what I see as very serious misconduct who might otherwise escape criminal prosecution. That said, I also believe if the Navy had been allowed by U.S. DoJ to handle all these cases from the start, there would have been a few token cases and the entire matter would have withered away without a single flag officer facing a judge,” said former Marine and military attorney Robert “Butch” Bracknell on Friday.
“There would have been administrative sanctions and quiet retirements, but no flag officer would have faced judicial action, and probably not the O-6’s. USDOJ has forced the Department’s hand in this case in a big way.”

Spinner told reporters after the hearing that this case was minor compared to the federal cases.

“The leftovers are for the Navy,” he said.
“The sharks have been prosecuted. What’s left is the minnows.”

In March, the U.S. Attorney’s Office for the Southern District of California indicted nine officers – including a retired admiral – on charges related to the Fat Leonard case.