USS Fitzgerald pier side at the U.S. naval base at Yokosuka, Japan

The crew of the guided-missile destroyer that was struck by a merchant ship on Friday off the coast of Japan fought to save the ship for an hour before the first calls went out for help, Japanese investigators now believe.

According to the current operational theory of Japanese investigators, the deadly collision between USS Fitzgerald (DDG-62) and the Philippine-flagged merchant ship ACX Crystal knocked out the destroyer’s communications for an hour, while the four-times-larger merchant ship was unaware of what it hit until it doubled back and found the damaged warship, two sources familiar with the ongoing Japanese investigation told USNI News on Wednesday.

Investigators now think Crystal was transiting to Tokyo on autopilot with an inattentive or asleep crew when the merchant vessel struck a glancing blow on the destroyer’s starboard side at about 1:30 AM local time on Friday. When the crew of Crystal realized they had hit something, the ship performed a U-turn in the shipping lane and sped back to the initial site of the collision at 18 knots, discovered Fitzgerald, and radioed a distress call to authorities at about 2:30 AM. U.S. Navy officials initially said the collision occurred at around the time of the distress call at 2:30 AM. 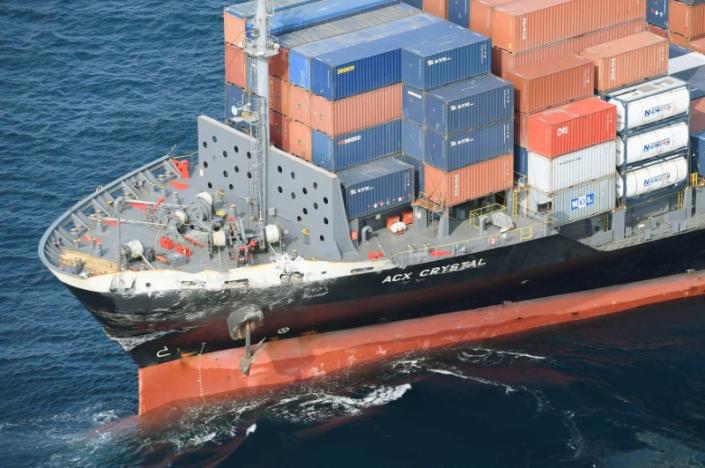 ACX Crystal off of Japan following the collision with the guided-missile destroyer USS Fitzgerald (DDG-62) on June 17, 2017. Kyodo Photo

Meanwhile, when Crystal’s port bow hit Fitzgerald, the warship was performing a normal transit off the coast of Japan, USNI News understands. Above the waterline, the flared bow of Crystal caved in several spaces in the superstructure, including the stateroom of commanding officer Cmdr. Bryce Benson.

The impact not only ripped a hole in the steel superstructure in the stateroom but also shifted the contents and shape of the steel so Benson was “squeezed out the hull and was outside the skin of the ship,” a sailor familiar with the damage to the ship told USNI News.
“He’s lucky to be alive.” 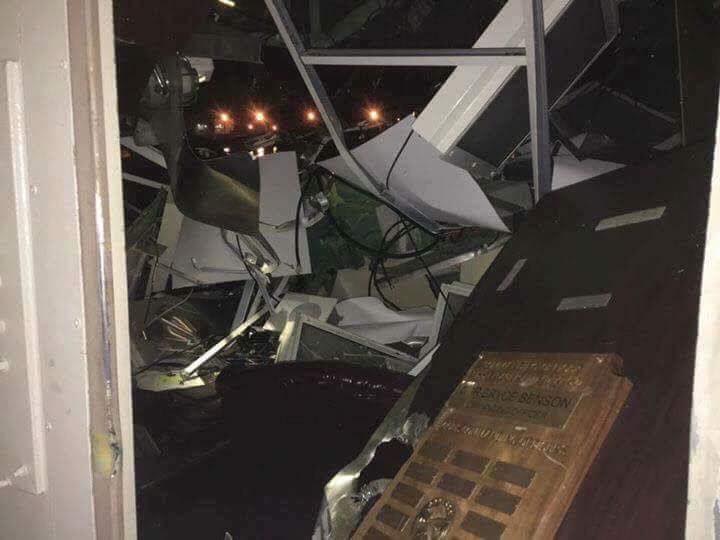 View of the stateroom of Cmdr. Bryce Benson after the collision with ACX Crystal.

Fitzgerald sailors had to bend back the door of the stateroom to pluck Benson from the side of the ship and bring him inside. He and two other sailors were later evacuated from the ship via a Japanese helicopter to a Navy hospital at Yokosuka.

Pictures of Benson’s stateroom from the door show the steel bent back to reveal open air, and a photo of the ship’s exterior pier-side shows almost the entire stateroom was crushed.

Meanwhile, below decks, the glancing blow of Crystal’s bulbous bow had ripped a 10-feet-by-10-feet to 14-feet-by-14-feet hole below the waterline of the ship, flooding a machinery space the berthing area that was home to about half of the crew, the sailor said.

Over the weekend, U.S. 7th Fleet commander Vice Adm. Joseph Aucoin confirmed the spaces that were affected by the collision. 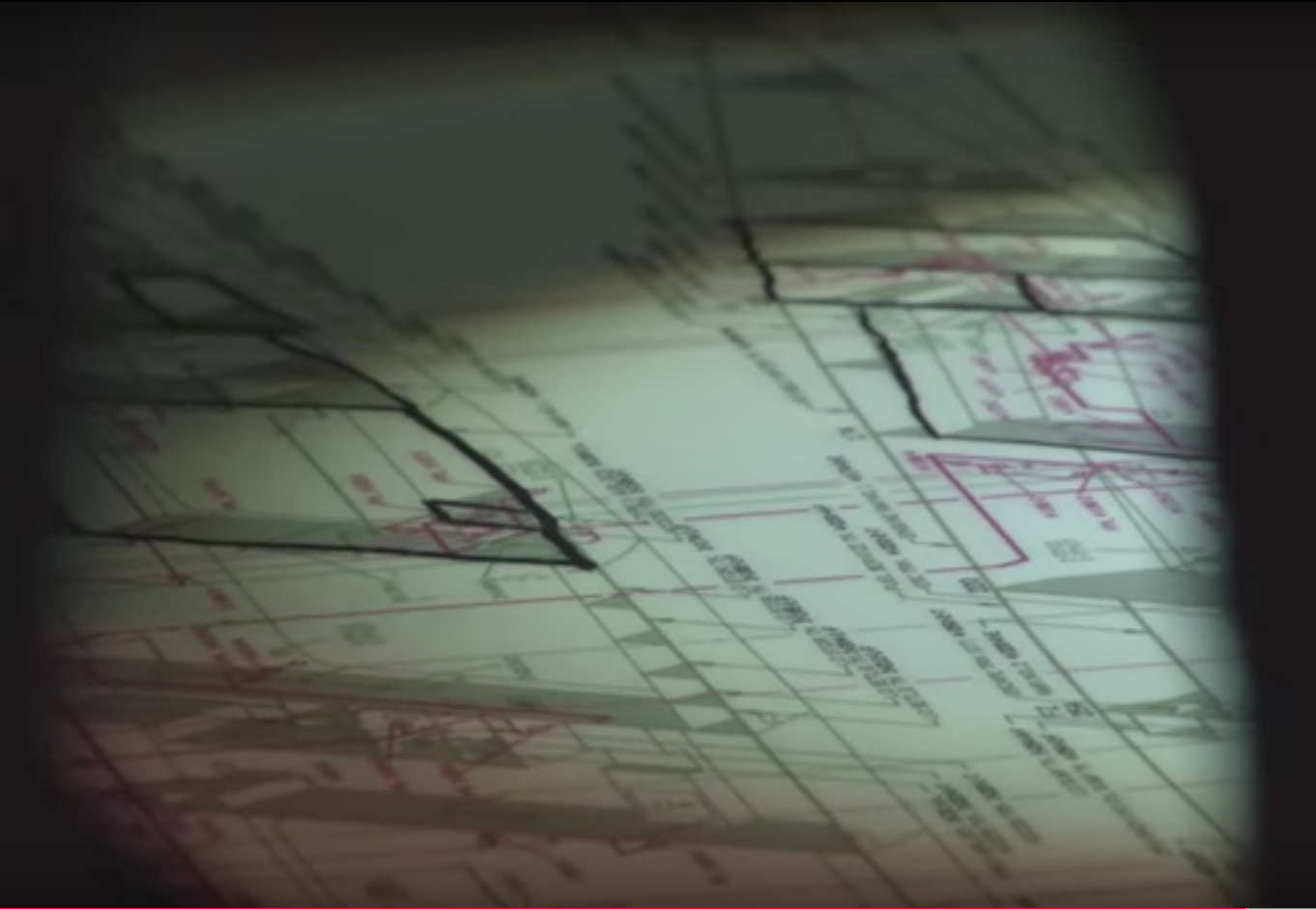 “Three compartments were severely damaged,” Aucoin said at the Saturday press conference.
“One machinery room and two berthing areas — berthing areas for 116 of the crew.”

The seven sailors who died aboard were sealed in the berthing area behind a watertight door as the ship’s company fought to keep the ship afloat, according to a description of events the Navy told the family of Fire Controlman 1st Class Gary Leo Rehm Jr., according to The Associated Press.
It’s yet unclear if the ship’s watch had time to sound the collision alarm or call general quarters before Crystal hit the destroyer.

In addition to the damage to the spaces, the collision knocked out Fitzgerald’s communications for the better part of an hour. At about the same time the crew was able to reactivate their backup Iridium satellite communications to radio for help, Crystal arrived on the scene and called in its own distress call, the sailor told USNI News.

A photo compilation depicting the seven sailors who died during June 17, 2017 collision between a merchant ship and the guided missile destroyer USS Fitzgerald. USNI News Image

U.S. Navy investigators are being tight-lipped about details of the investigation, even inside the service. However, information USNI News learned from the Japan Coast Guard investigation indicates Fitzgerald was operating normally when the collision occurred, raising questions more questions regarding why Benson wasn’t on the bridge when a contact was so close to the destroyer.

On Monday, U.S 7th Fleet began a flag officer-led Judge Advocate General Manual (JAGMAN) investigation to determine the facts of the collision, as well as a separate U.S. Navy safety investigation. The U.S. Coast Guard will take lead in a maritime casualty investigation.

As for the ship, five days after collision active damage control efforts are ongoing to prevent further damage to the hull. The force of Crystal’s impact combined with the flood not only dented but twisted the ship’s hull. Crews are continuing to pump water in and out of the ship to keep Fitzgerald stable. 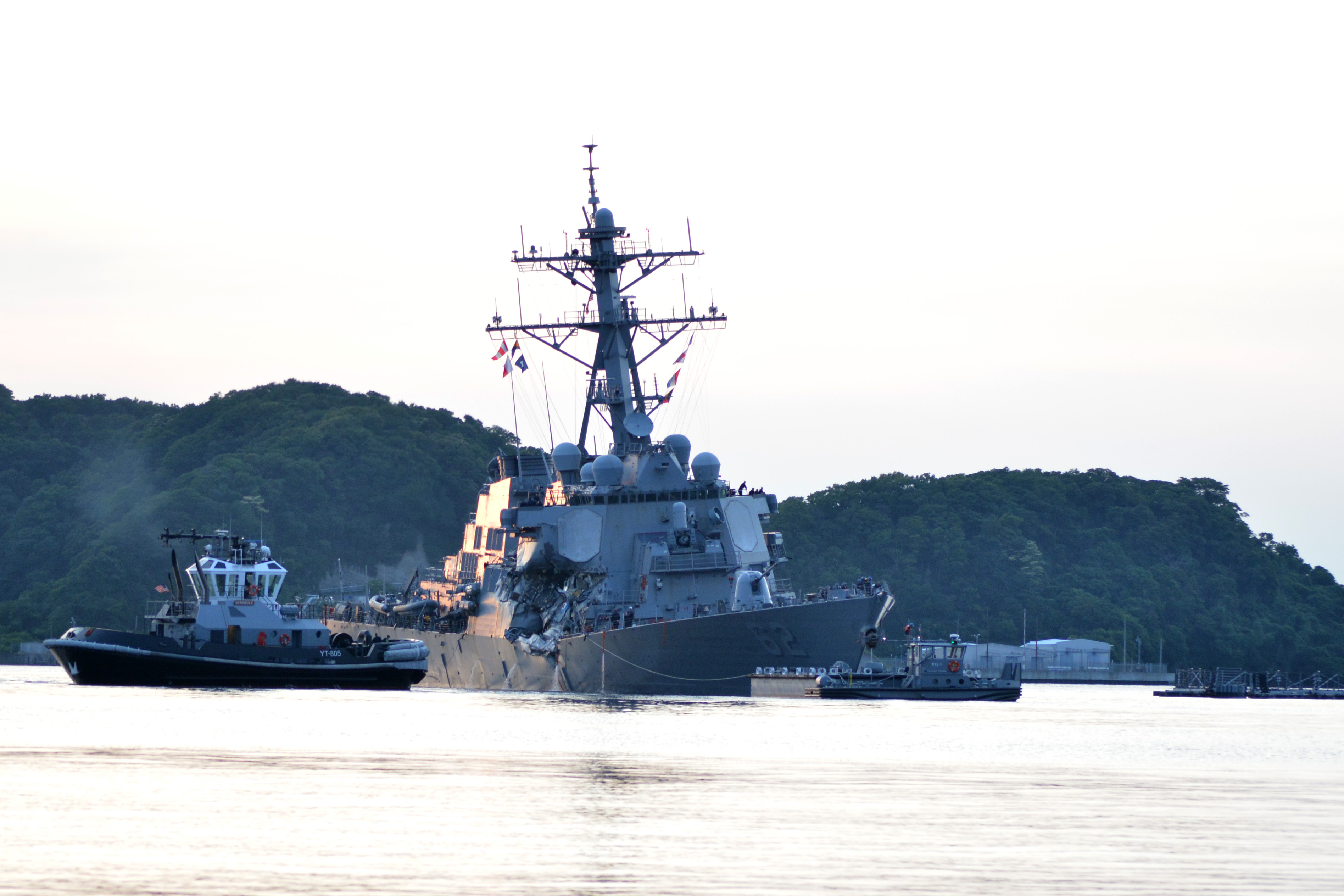 Naval Sea Systems Command is now assessing if the ship can be repaired in Japan or would have to be transported to the U.S. for repairs.

While investigation and repairs are ongoing, the ship’s crew has been given time away from the ship in an attempt to recover from the collision. The burden of ships’ watches is being shared by other crews on the Yokosuka waterfront, Navy officials told USNI News on Wednesday.
Both Chief of Naval Operations Adm. John Richardson and Master Chief Petty Officer of the Navy Steve Giordano both visited Yokosuka to speak with Fitzgerald sailors and their families.