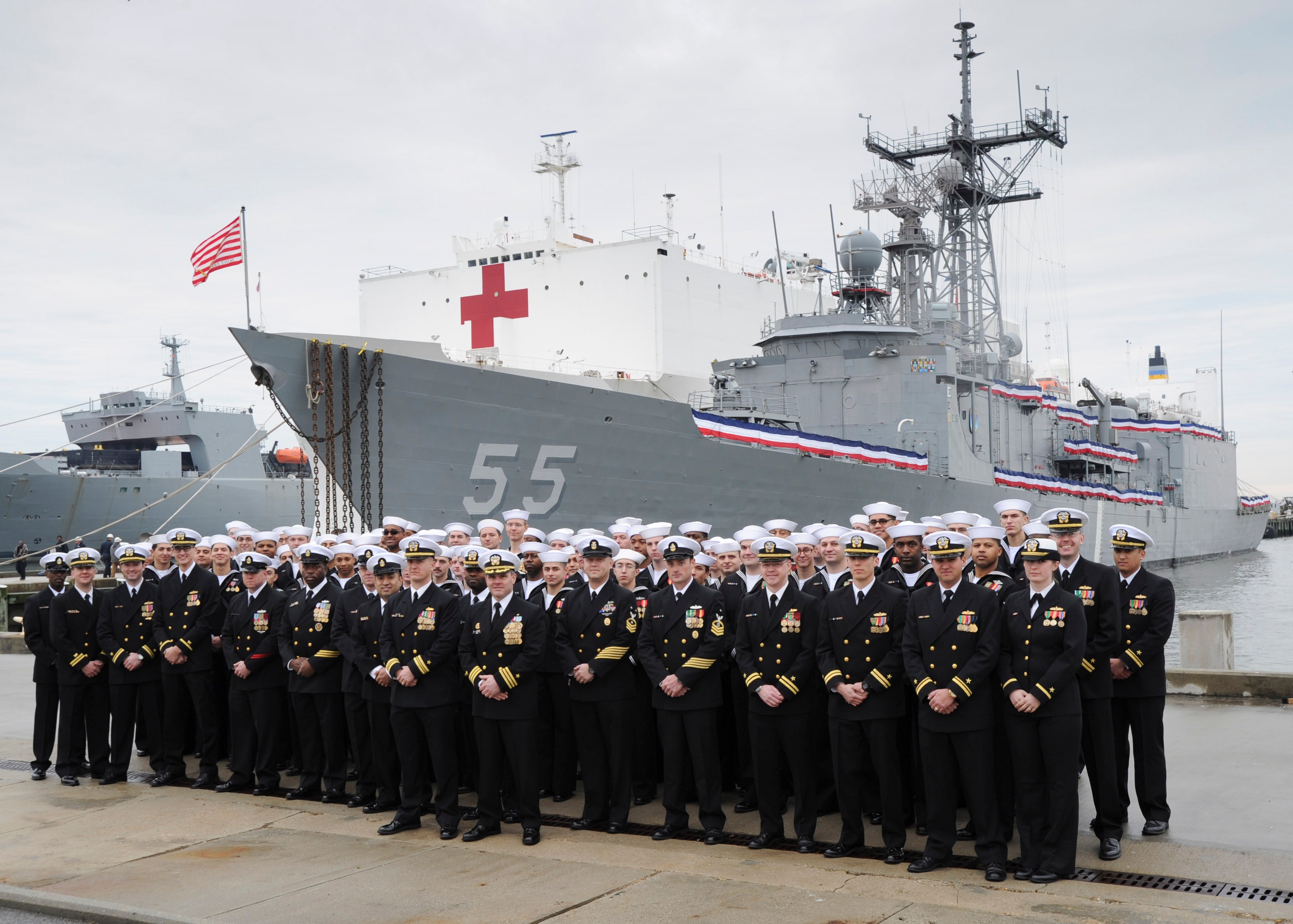 Sailors assigned to the Oliver Hazard Perry-class frigate USS Elrod (FFG-55) pose for a photo in front of the ship before her decommissioning ceremony at Naval Station Norfolk in 2015. US Navy Photo

WASHINGTON, D.C. – While all options are on the table in the Navy’s push to field a 355-ship fleet, when it comes to reactivating ships in the inactive fleet, the service is realistically only looking at seven decommissioned Oliver Hazard Perry-class frigates (FFG-7), Chief of Naval Operations Adm. John Richardson told USNI News on Thursday.

Since the December reveal of the Navy’s new fleet size goal, calls have come from some analysts to reactivate three older Ticonderoga-class cruisers (CG-47) that have been sidelined for more than a dozen years or the conventionally powered Kitty Hawk (CV-63) aircraft carrier.

In the 1980s, the service reactivated ships from the inactive fleet as part of the Reagan Administration’s drive to a 600-ship Navy – most notably the four Iowa-class battleships (BB-61) from World War II.

The Navy has about 50 warships in the inactive fleet, but so far only the Perrys are seriously being studied for reactivation, Richardson said following a hearing of the Senate Armed Services Committee. He first mentioned the possibility of reactivating Perrys earlier this week during a presentation at the Naval War College.

“Bringing those back – we’re examining it and we don’t want to overlook any options, but really on the face of it it’s going to be very complicated,” he said.
“As a ship class comes to the end of its life, it’s not like we’re pouring a lot of money into keeping that class modernized. Although the last of the frigates were decommissioned a couple of years ago, we’ve really stopped modernizing far before that because we just wanted to bring it to a graceful end and there were better places to spend our money at the time.”

Rather, the Navy is looking at what it could do now to extend the life of the Arleigh Burke-class guided-missile destroyers (DDG-51) past an expected service life of 35 years, in a more realistic bid to keep up the fleet size.

The DDG life extension plan would prompt a reexamination of key decisions the Navy has made over the last few years on the mid-life modernization of the Burke class.

The Navy elected not to modernize the Aegis Combat Systems of some of the earlier Burkes as a cost-savings measure and instead just executed hull, mechanical and engineering upgrades.

The Baseline 9 combat system upgrade replaces the 1980s-era computer infrastructure of the combat system with faster and more easily upgraded commercial servers, an additional signal processor that allows the ship to fight both traditional air and ballistic missile threats, and a networking capability that allows data to flow from the upgraded destroyer to other ships and aircraft.

How extensively the Navy will take a second look at the DDG upgrade schedule or combat system modernization plan is also being evaluated, Richardson said.

“It’s the same cost-benefit tradeoff [as the frigates]. You take a look at how much more life might we get, and if it’s a significant period of time then it might be worth investing in the combat system to modernize and we’ll take it from there,” he said.
“Everything has to be on the table, and I want to understand the entire decision space and that entire landscape.”