Over the past three years, the U.S. and China have been at odds over the status of Chinese artificial islands in the South China Sea and U.S. Freedom of Navigation Operations.

The U.S. government initiated a Freedom of Navigation Program to contest “unilateral acts of other states designed to restrict the rights and freedom of the international community.” The program includes both maneuvers designed exclusively to challenge maritime claims the U.S. considers excessive, and operations with other purposes that incidentally challenge territorial claims.

The Philippines announced that it was taking a case to a U.N. tribunal contesting China’s claim to nearly all of the South China Sea. The Philippines argued that China overstepped its legal authority by allowing Chinese patrol vessels to block and board vessels trying to pass through contested waters.

China ramped up dredging operations to turn two reefs, Subi and Mischief, in the Spratly Islands into artificial islands. While the reefs have been occupied by China since 1995, Taiwan, the Philippines and Vietnam also claim ownership. 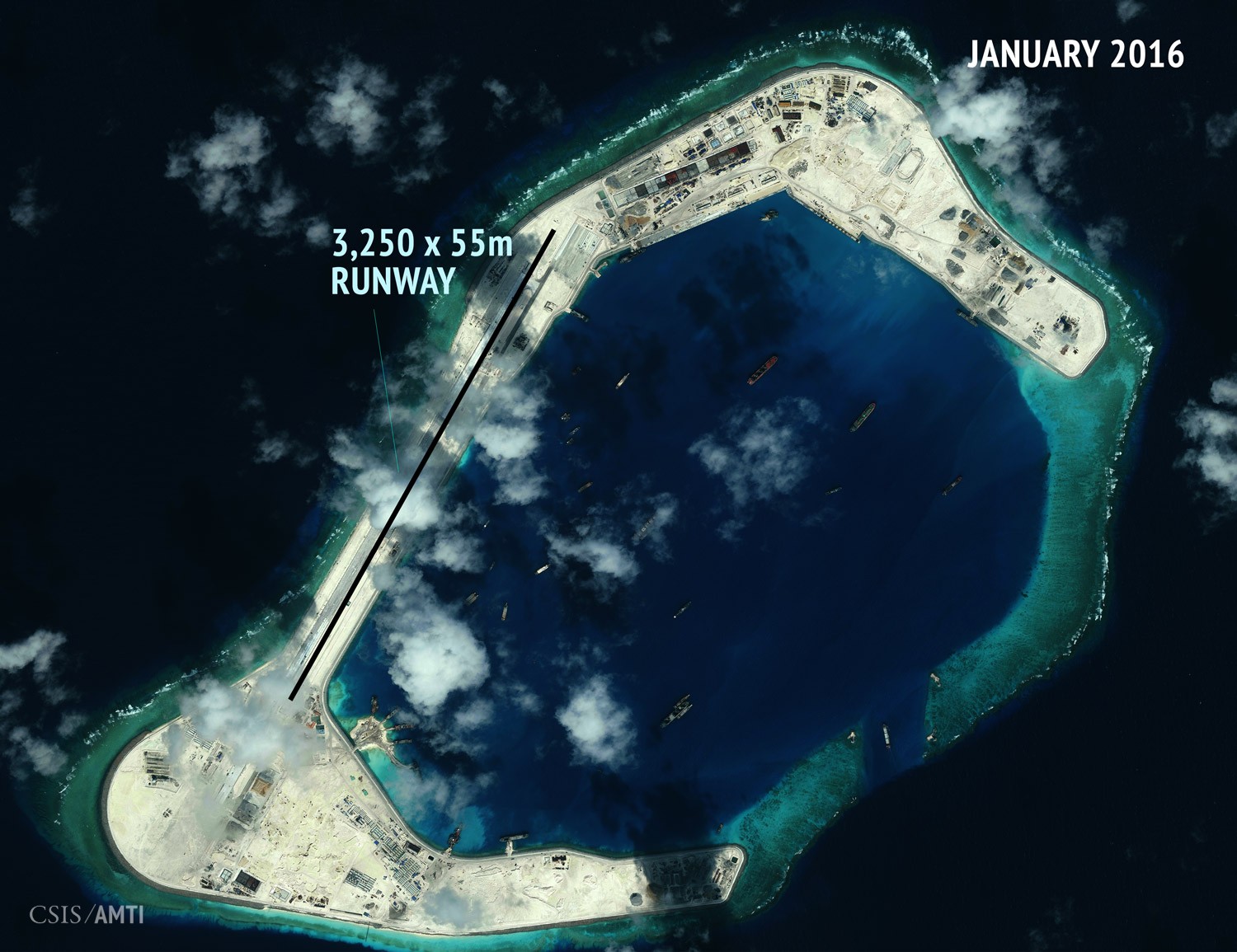 Five Chinese warships crossed into U.S. territorial waters heading south out of the Bering Sea, exercising the “innocent passage” clause in maritime law that allows a warship to cross into another country’s maritime territory legally. 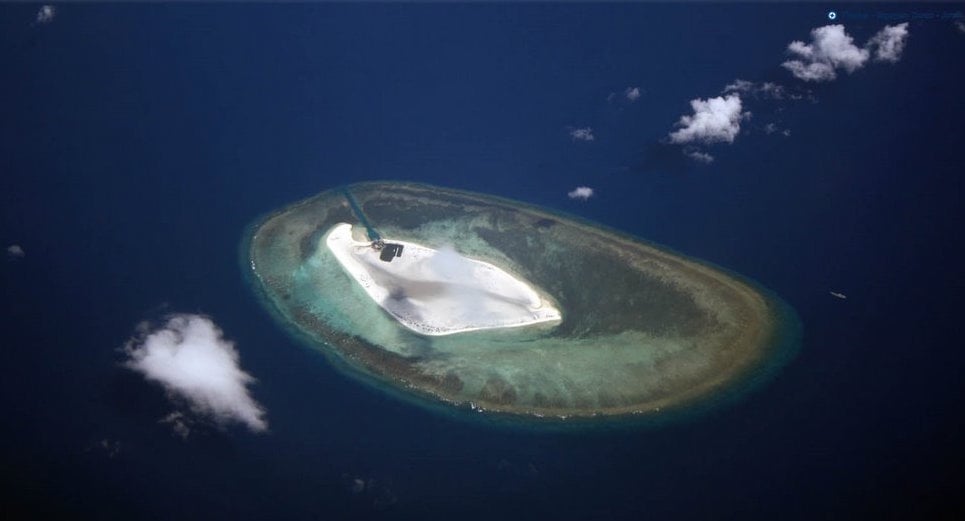 Chinese state-controlled media lambasted the US Navy after USS Curtis Wilbur (DDG-54) passed within 12 nautical miles of Triton Island in the Paracel Island Chain, calling the maneuver “unprofessional and irresponsible.” The Pentagon said the operation was in keeping with the Law of the Sea Convention’s article governing “innocent passage” through a nation’s territorial waters. 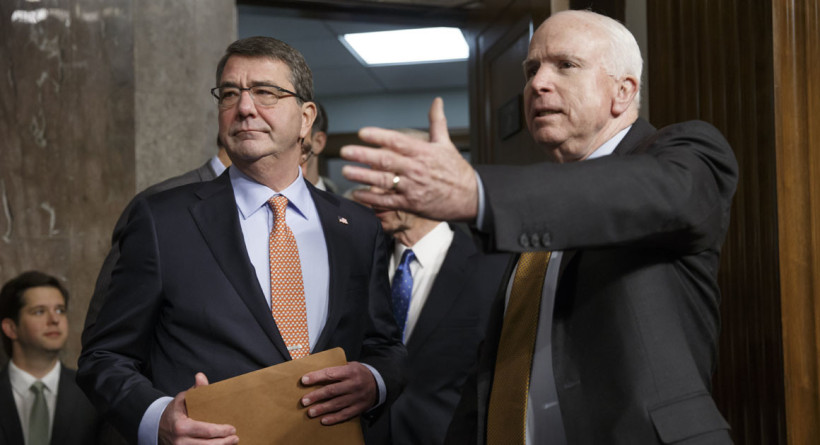 A U.N. tribunal sided with the Filipino government, ruling against China’s claim to historic rights over the South China Sea. However, the UN has no mechanism to enforce its ruling. The Chinese Foreign Ministry issued a statement claiming the tribunal’s decision “is invalid and has no binding force,” and that “China does not accept or recognize it.”

At a House Armed Services seapower and projection forces subcommittee hearing, experts in the South China Sea and maritime law recommended the U.S. step up Freedom of Navigation Operations and include allies like Japan.

USS Decatur (DDG-73) conducted a freedom of navigation operation near the Paracel Islands. According to Reuters, three Chinese ships shadowed the Decatur, which traveled without escort ships. 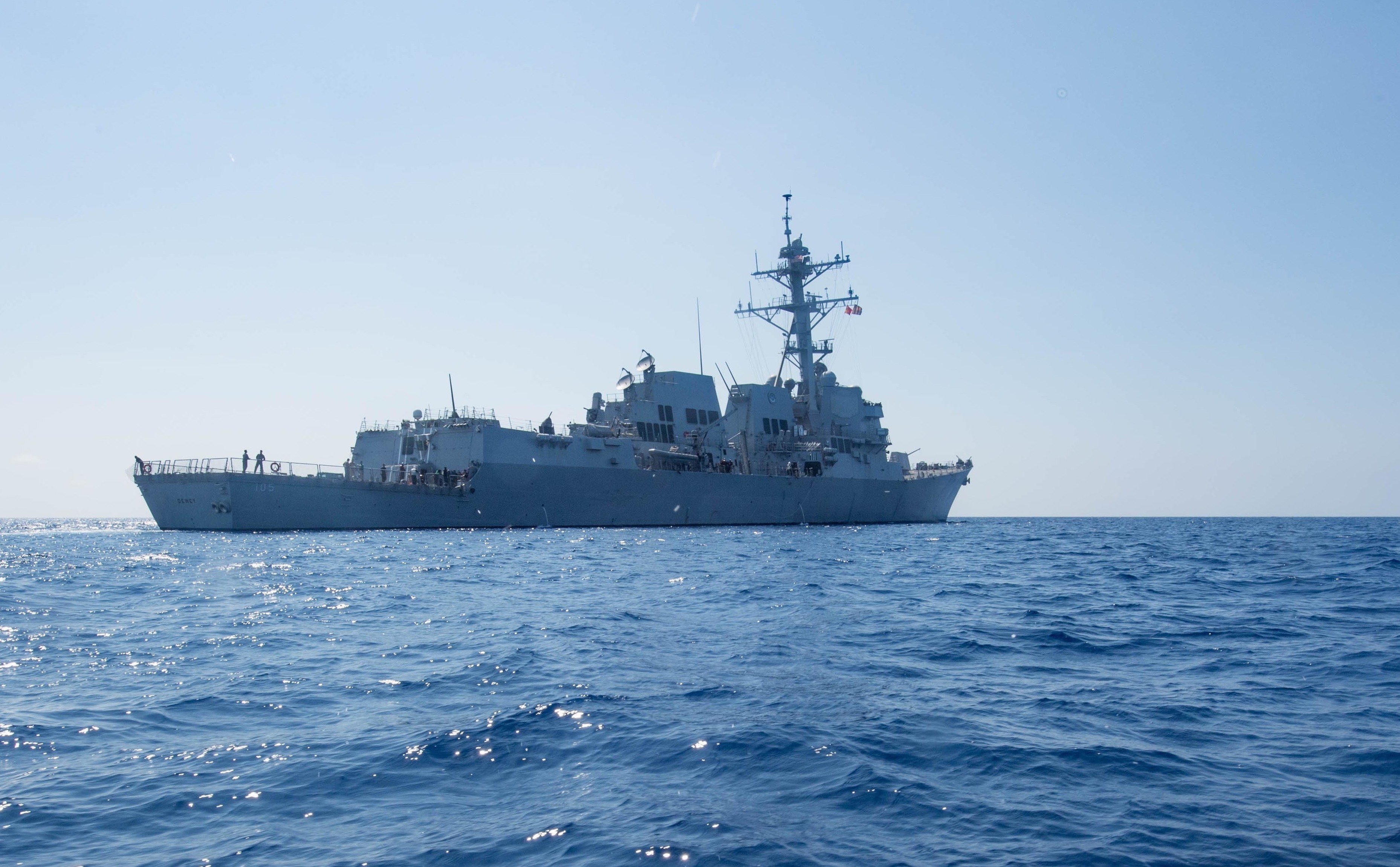 USS Dewey (DDG-105) passed within six nautical miles of Mischief Reef, zig-zagging near the island and conducting a man overboard drill, according to a U.S. official. 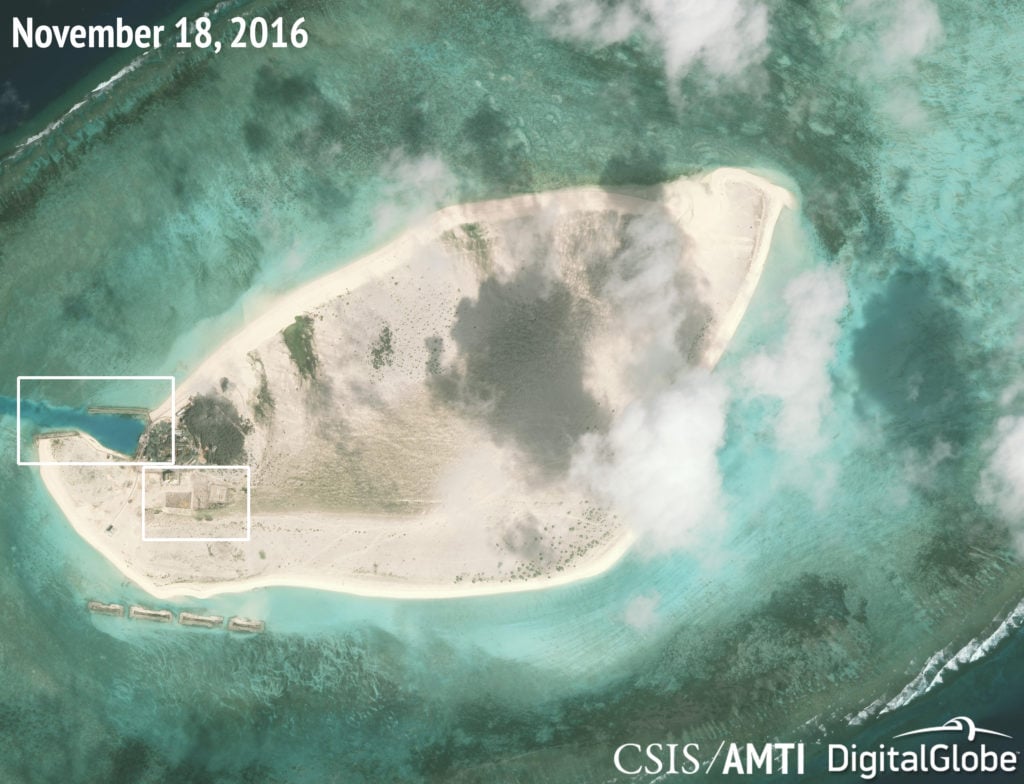 USS Stethem (DDG-63) passed by Triton Island in the Paracel Island chain on Sunday to test claims by not only Bejing but also Vietnam and Taiwan.