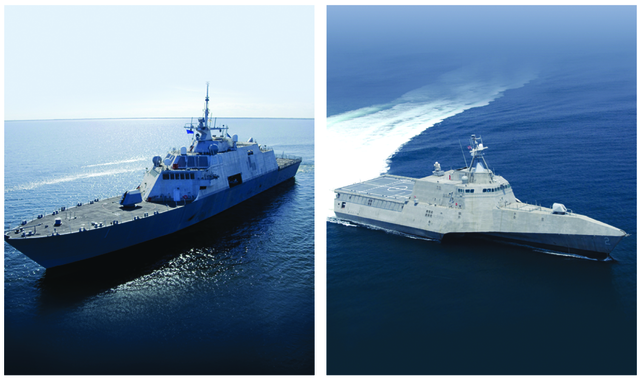 The Navy may embrace some lessons learned from the Littoral Combat Ship program as it shifts towards a new mentality of rapidly fielding capabilities, as outlined in a new Navy white paper, the chief of naval operations said.

Adm. John Richardson told reporters Monday evening that the Navy would have to grow its fleet faster than expected, as well as boost its capability through the addition of unmanned systems, advanced weapons and stronger networks – all this to keep up with rapidly growing and improving naval fleets in Russia, China and more, according to his new white paper, The Future Navy.

But this boost in capability cannot be a one-time effort, he said, but rather the Navy needs to build this larger fleet in a modular and easily modernizable way so that ship hulls can remain technologically relevant throughout their entire service life.

In discussing this vision for a future fleet with reporters, Richardson said that “the pieces move so quickly. … We need to be open to the opportunity that particularly information technology will allow us to use. So I see [ships in the future fleet] as even much more modular and built to modernize than the LCS.”

Though the Navy is set to cease construction of the original LCSs – a seaframe into which one of three warfare mission modules can be inserted at any given time, based on the ship’s anticipated mission set – in favor of a multimission frigate, Richardson said the lessons learned related to modular construction remain valid going forward.

“While the thinking was there for the LCS, the manifestation of the LCS program was just, it was very complex in terms of execution. These big modules that switch out, I think the technology has come to the point where you can do that with a lot more agility now. So I think LCS was sort of a prototype of this approach,” he said.

As it relates to modularity, the Navy ought to be “leveraging everything that we learned from the LCS program and taking that to another level” when designing and building future ships.

The frigate, along with the amphibious dock landing ship replacement, LX(R), would be the first two opportunities for the Navy to try to follow this new type of adaptable ship design. Cmdr. Chris Servello, a spokesman for Richardson, told USNI News that “there is certainly a desire to begin as soon as possible with the concepts [Richardson] discussed” but that the Navy was still looking into how quickly it could introduce the ideas laid out in today’s white paper. 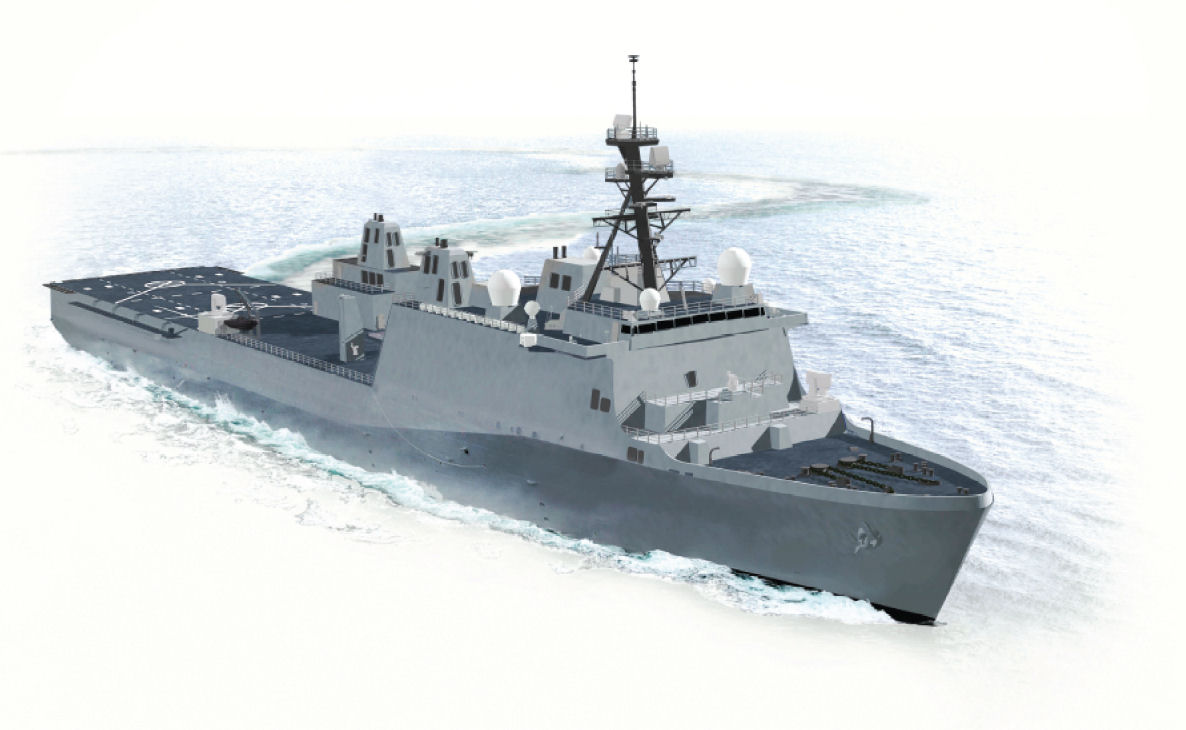 Regardless of when the introduction happens – be it in the LX(R) and the frigate, or in the later Future Surface Combatant family of ships – Richardson strongly embraced the fundamental ideas behind the LCS as a way to build ships rapidly today while allowing them to be upgraded to include the newest weapons and computers as they become available.

“You can kind of see this platform and payload thing now becoming really fundamental to the way we think about building platforms. So you’ve got some parts of that that will last the life of the ship. … The hull and the power plant are most likely going to be very persistent, they’ll last ostensibly the life of the ship,” the CNO said.
“But then the design and the rest of it – the very latest technology that we have right now, that will be a step forward (for today’s fleet), but also to be built to step into the future fast, to modernize faster really from the ground up – so things will be much more modularized, much more compatible and you can iterate your way to the future with faster steps,” he continued. Other Navy officials have discussed ideas such as building a computer and combat system infrastructure that could be easily accessed and ripped out during maintenance availabilities to install newer versions, and leaving power and space for future weapons and unmanned systems that would extend the reach and lethality of the ship.