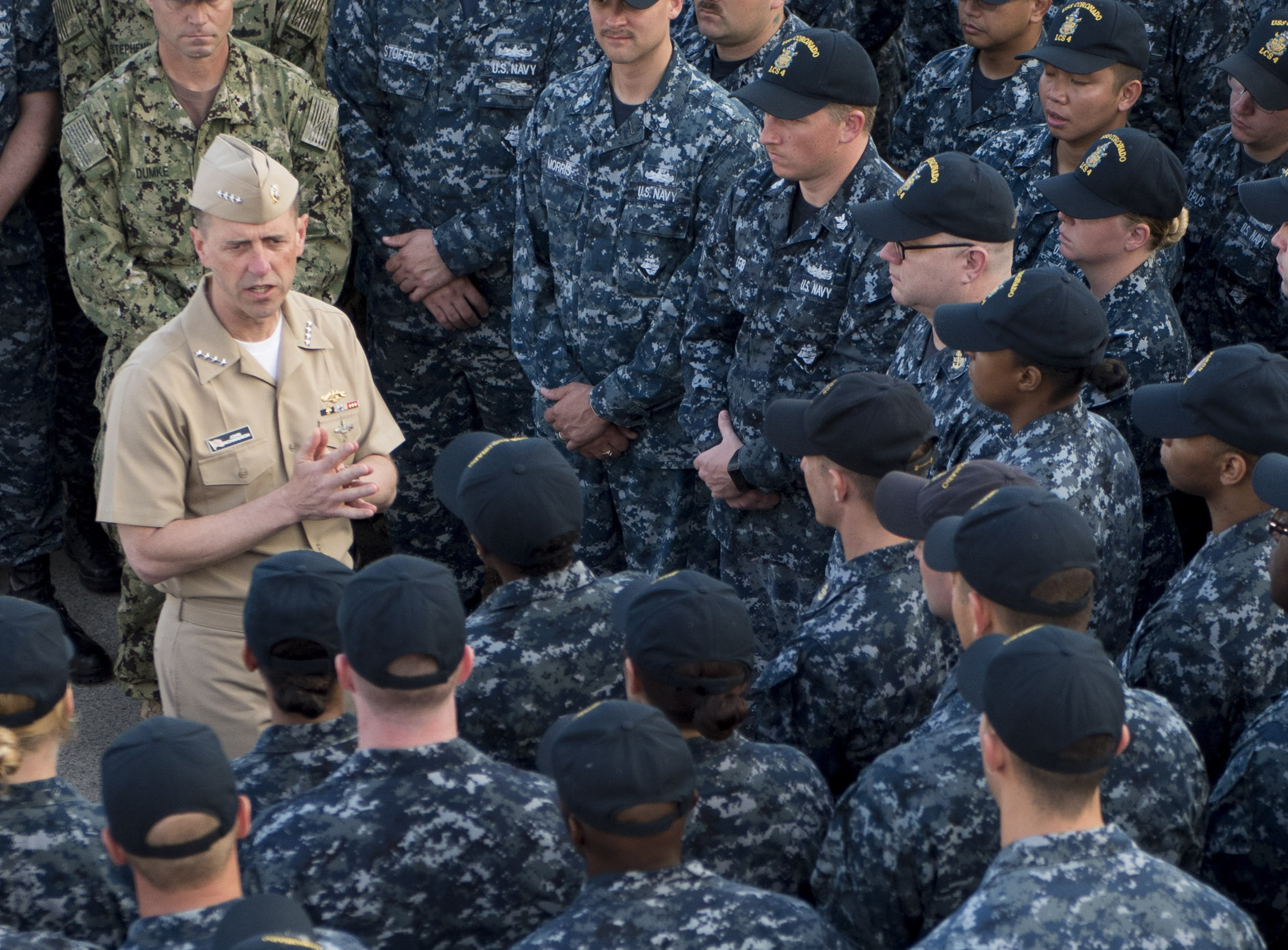 The Navy can begin building up its fleet size in the near-term through accelerating hot production lines of relevant warships, but going forward it will need to focus on the weapons, unmanned vehicles and networks that will boost the capability of both individual hulls and the fleet as a whole.

Chief of Naval Operations Adm. John Richardson, in a call with reporters Monday night, outlined a new plan to achieve a larger and more capable fleet on an accelerated timeline. A linear increase in combat capability through building new ships at today’s rate would not be sufficient to keep up with growing global threats, he said.

“We need to act urgently to achieve that greater naval power as quickly as we can,” the Navy’s top admiral said in the call.
“So as we think about it, we’re going to be targeting something in the mid-2020s, exponential types of growth, step types of growth, rather than linear types of growth which would achieve this level of power out decades beyond.”

The Navy was ordered by Congress to conduct several studies last year to look at the appropriate size and composition of the fleet in the mid-term, around 2035 to 2040, but the CNO said the Navy could not afford to wait that long.

The service is on track to reach a Navy of about 310 ships, Richardson said, but needs to get creative to grow faster. 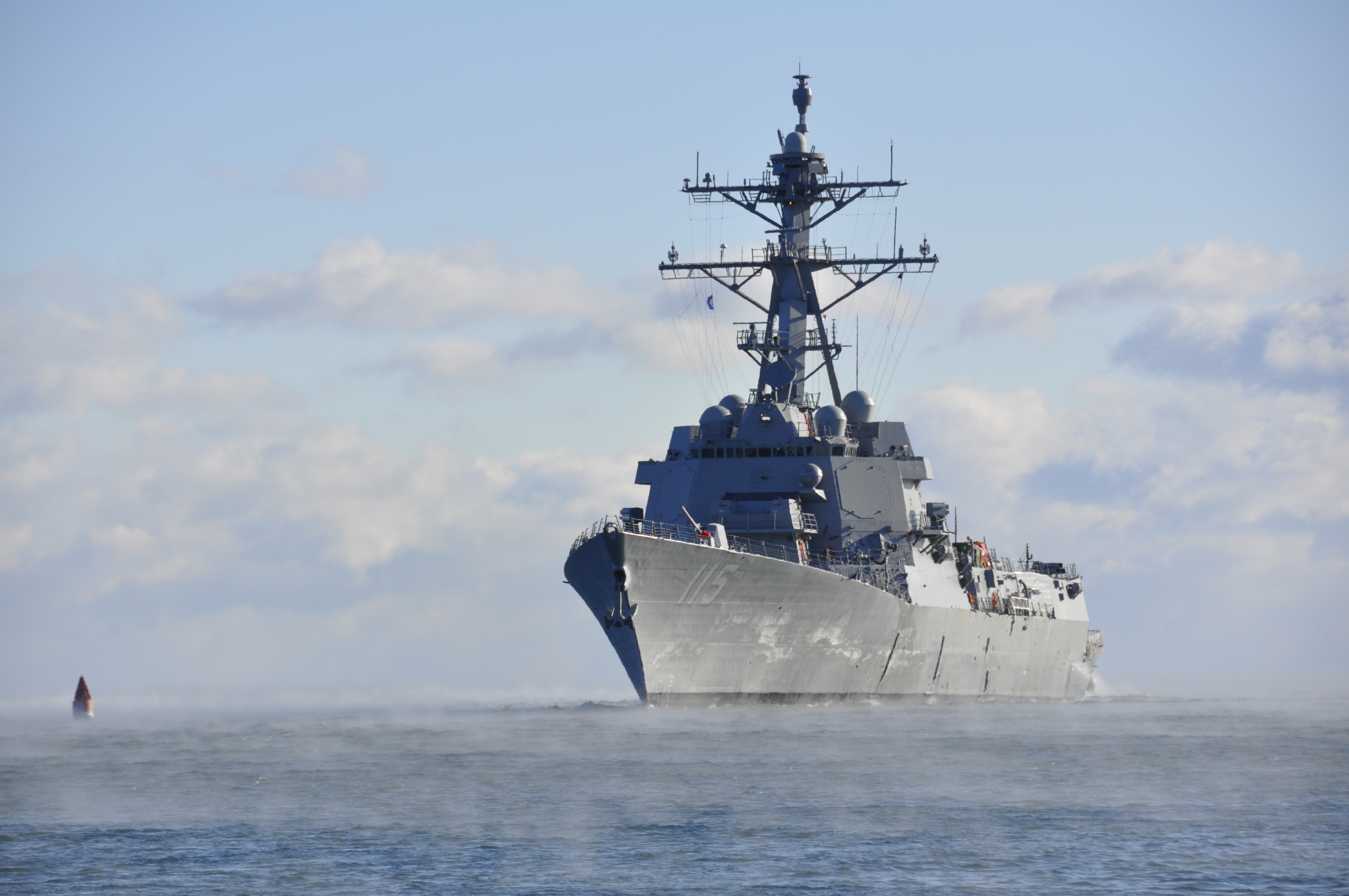 “One of the things that’s clear is that our production lines are hot and building ships right now, and they’re building ships that are going to be relevant as far out as we can see,” he said.
“And the industrial base is capable of building more of those ships per year if we can find the resources to do that,” CNO added, referencing a line in his white paper that notes the industrial base could produce 29 additional ships over the next seven years compared to the Navy’s current plans, if funding were made available.

He acknowledged that rapidly growing the fleet of ships and aircraft would take more money than Congress has historically given the Navy each year, but he also said that buying more ships and planes would lead to a lower unit cost. With aircraft carriers, for example, buying one every three or four years instead of at the current five-year rate could lead to savings “in the order of billions, there’s a lot of opportunity there.”

But more ships alone won’t create the naval fleet Richardson thinks the nation needs. Those ships must be assisted by unmanned vehicles in the air, on the ocean surface and below the sea; they must have the latest directed energy weapons and information technology; and they must be netted together as a whole fleet.

Addressing the future fighting environment, Richardson’s white paper notes, “The Navy must be able to operate in the blue sea outside the range of shore attacks where there is primarily fleet-on-fleet action, in the intermediate seas where long-range shore-based missiles contribute to the threat, and in the littoral zones where the variety and density of fires is intense. In each zone, the Navy must be able to operate with sufficient numbers of the right kinds of capabilities to attack, deceive, and defend against adversary missiles, submarines, and cyber and electronic attack. So the future fleet will need to be larger and more capable.”

Richardson and other Navy leaders have previously discussed the enablers needed for this future fight – unmanned systems, advanced weapons and networks – but CNO’s white paper puts a rush on achieving them rapidly to contribute to this 2020s fleet he envisions. 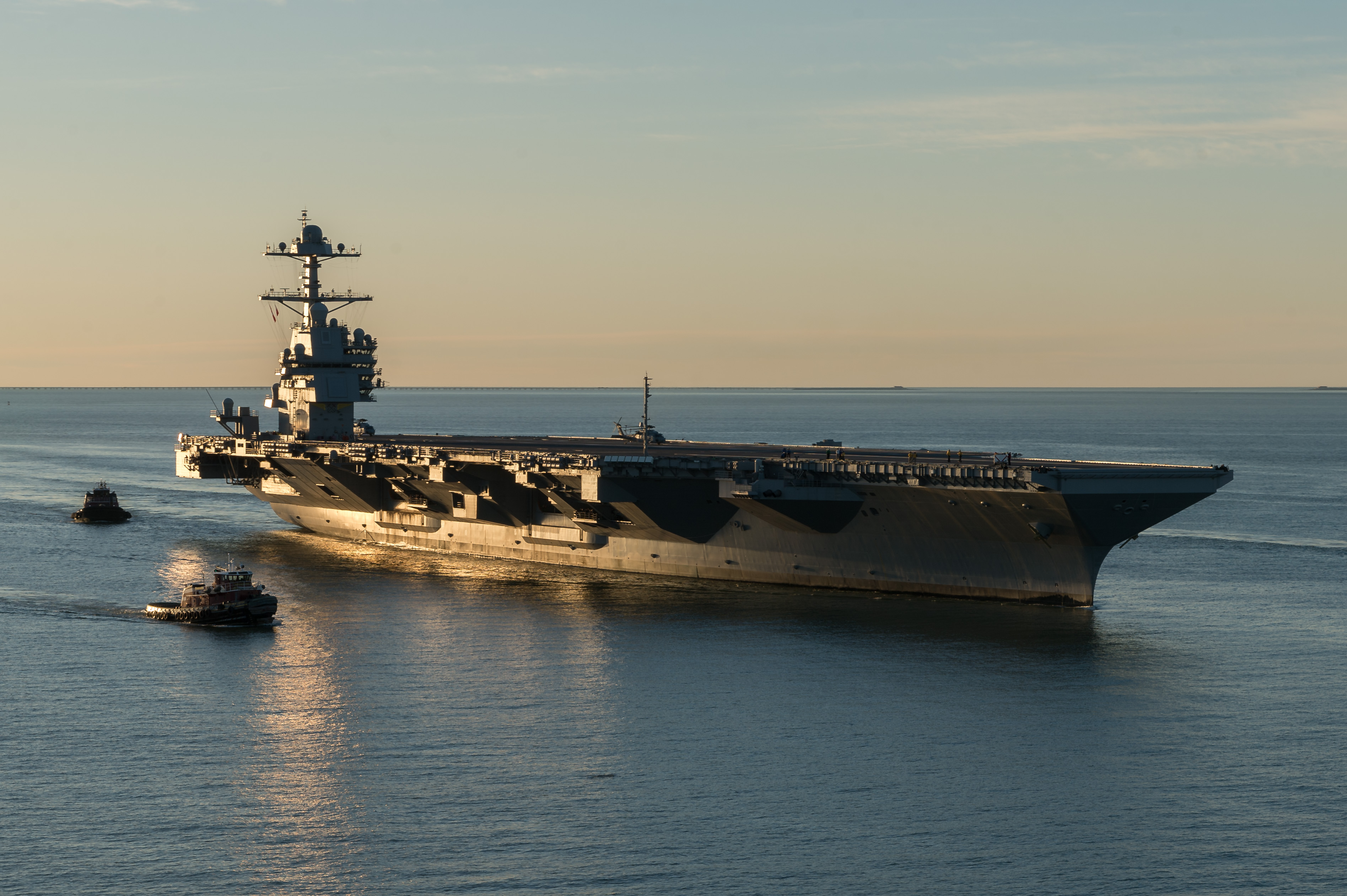 “There is no question that unmanned systems must be an integral part of our future fleet. The advantages such systems offer are even greater when they incorporate autonomy and machine learning. And we will need versions that are cheap enough that we can buy them in large numbers, and network them in order to expand our presence in key areas,” according to the paper.
“To complement these capabilities, we will need directed energy technologies, cyber tools, and advanced missiles to cripple potential adversaries’ abilities to track or target our forces. Directed energy will also play a crucial, much more affordable role in defending against high rates of fire.”

And, according to the paper, “netting the battle fleet together in ways that allow for maximum flexibility, and that are reliable and secure, will also be an imperative. Strengthening and extending our nets will ‘raise all boats.’ Those networks will support multiple functions, but increasingly will also be a key enabler of artificial intelligence-enabled tools, informed by data analysis, that will allow our commanders to make better decisions faster than our enemies.”

Richardson’s vision for the future – a larger fleet, a more capable fleet and the ability to develop and buy new systems faster – can only be achieved through cooperation from the Pentagon, industry and lawmakers. But he made clear the importance of striving for this vision and his desire to work to achieve it as quickly as possible.