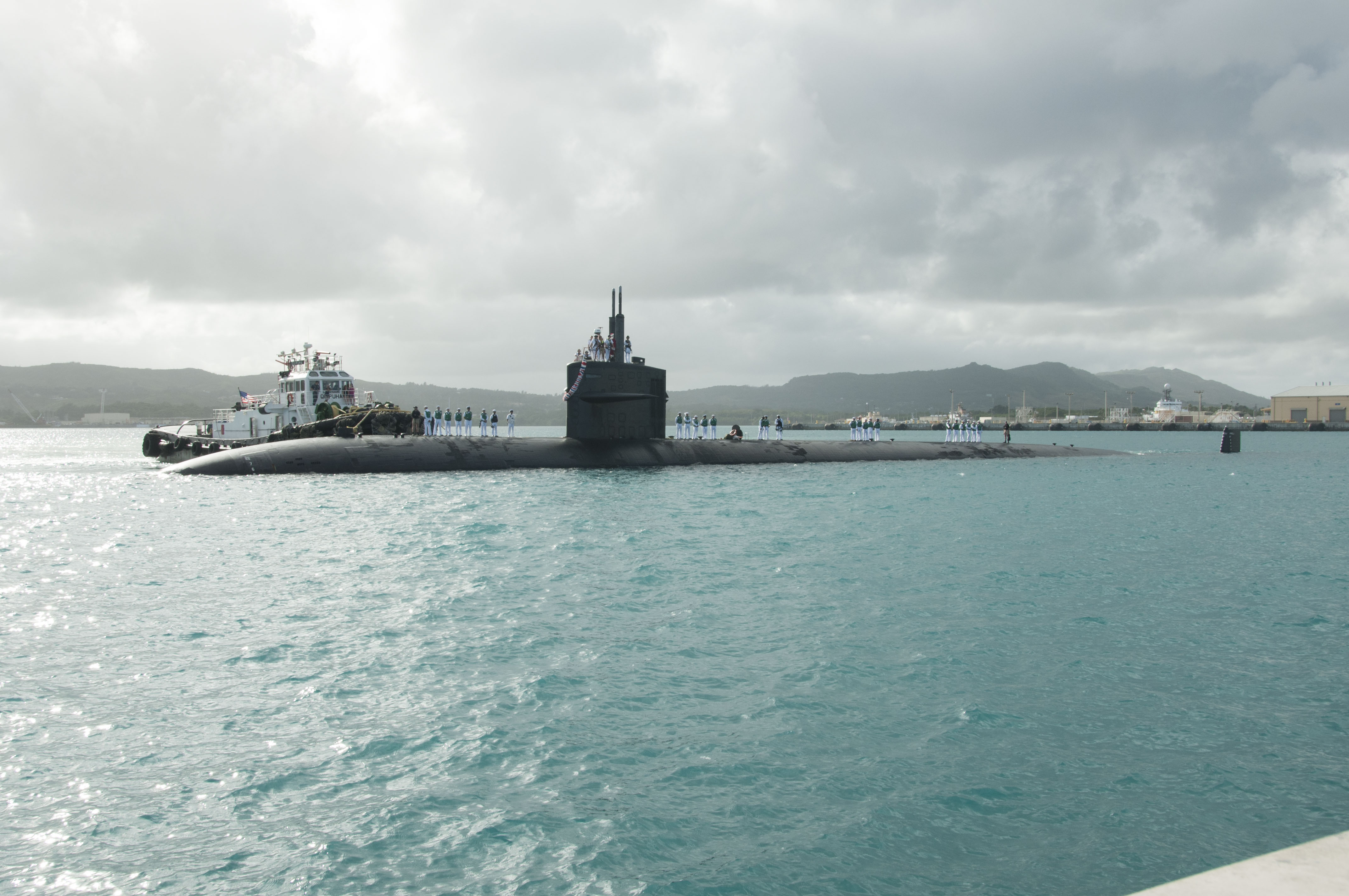 U.S. Pacific Command operations were the focus of House and Senate armed services committee hearings this week, and PACOM commander Adm. Harry Harris’ testimony may have provided a glimpse at what he’d like to see in the Fiscal Year 2018 and beyond budget requests.

First, Harris noted a shortfall in several types of munitions, which are being taken from his combatant command and sent instead to operators in the U.S. Central Command and U.S. Africa Command AOR.

“We’re short on things like small-diameter bombs. These are not exciting kinds of weapons, these are mundane sort of weapons, but they’re absolutely critical to what we’re trying to do not only against North Korea but also in the fights in the Middle East. So we have a shortage of the small-diameter bombs throughout the inventory, so the stockpile of the small-diameter bombs that PACOM has, for example, we send them, and rightfully so, to CENTCOM, Central Command, and AFRICOM. That’s a fight we’re in and they need them, so we send them there and they use them,” Harris explained, adding the anti-air warfare weapons AIM-9X and AIM-120D to his list, along with the Mk 48 torpedo. 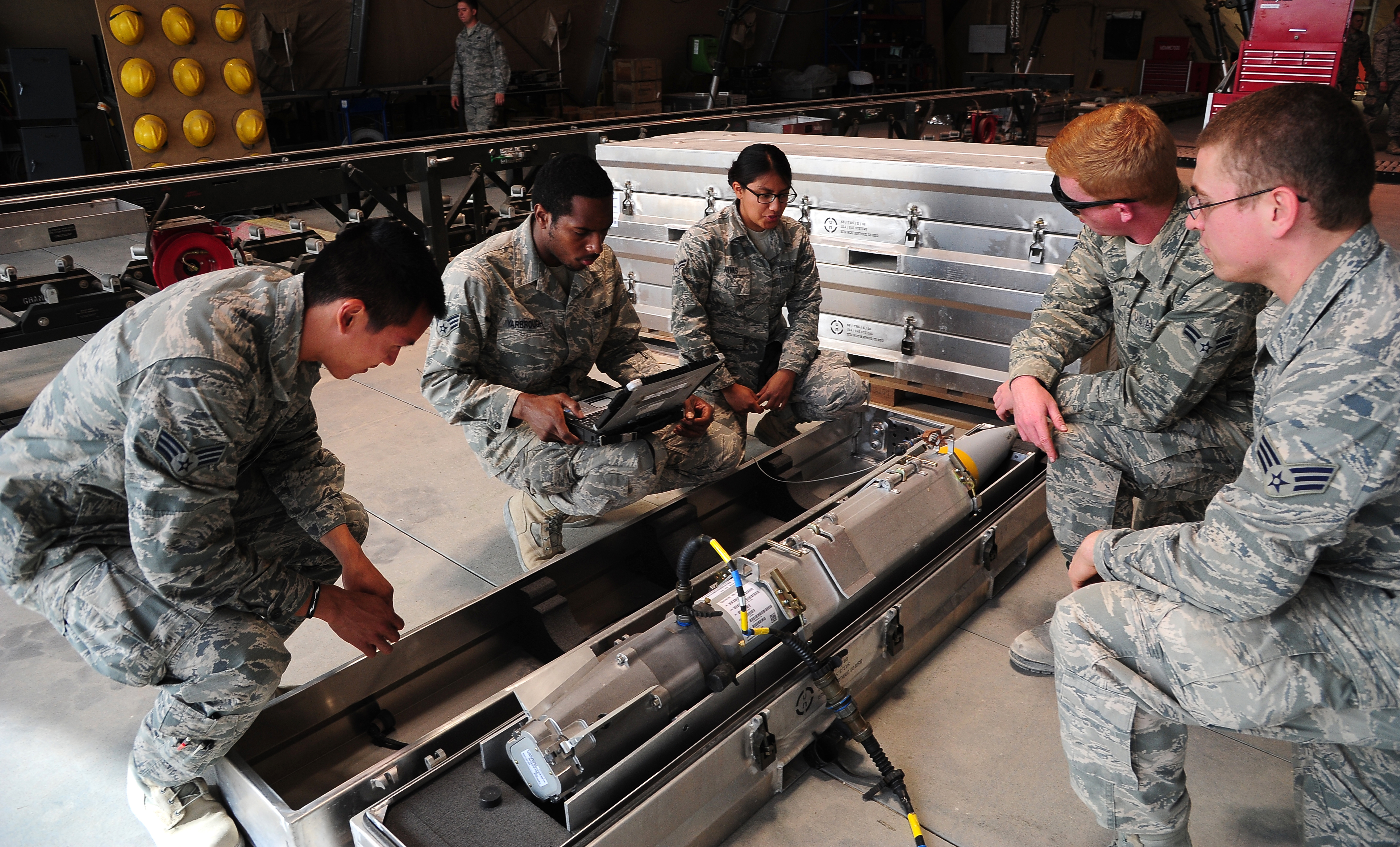 Ammo Airmen from the 35th Maintenance Squadron at Misawa Air Base, Japan, test a small diameter bomb June 4, 2014, during Exercise Eager Lion at an air base in northern Jordan. US Air Force photo.

As it relates to the Navy’s shipbuilding budget, Harris said plans for a 355-ship Navy are service decisions but that he supports them because more ships would mean a greater ability to meet requirements in the Pacific theater. The 355-ship fleet would include 66 Virginia-class attack submarines – compared to 52 today and a dip down to 42 in the 2020s – and “66 would make me a happy combatant commander.”

Harris noted many times during the hearings this week that he only gets about half the SSNs he asks for and said that building more – the Virginia-class boats are already being built at a pace of two a year and could be accelerated if the right resources were devoted to the program – but at today’s SASC hearing he elaborated on what it would mean to have additional attack submarines in the fleet.

The Navy’s shipbuilding plans also call for an early increase in Arleigh Burke-class guided missile destroyer production. Harris said “the [Baseline] 9 DDGs, destroyers, coming online are exactly what are needed in the ballistic missile defense space, and those are coming online and I’m grateful.”

Unclear now is the way forward for the small surface combatant. The Navy currently builds Littoral Combat Ships at two shipyards and plans to transition one or both variants to an upgunned and uparmored frigate design, though those plans now appear to be in flux.

Harris said at the House hearing that “I’ve gone on record as being a fan of the Littoral Combat Ship in both its principal forms, and I am a fan. I would be a bigger fan of the upgunned LCS, the frigate.” He said the Navy is on the right track with its distributed lethality concept and that, being the only combatant commander to employ the LCS so far, he can say with certainty that LCS has a role to play in distributed lethality. 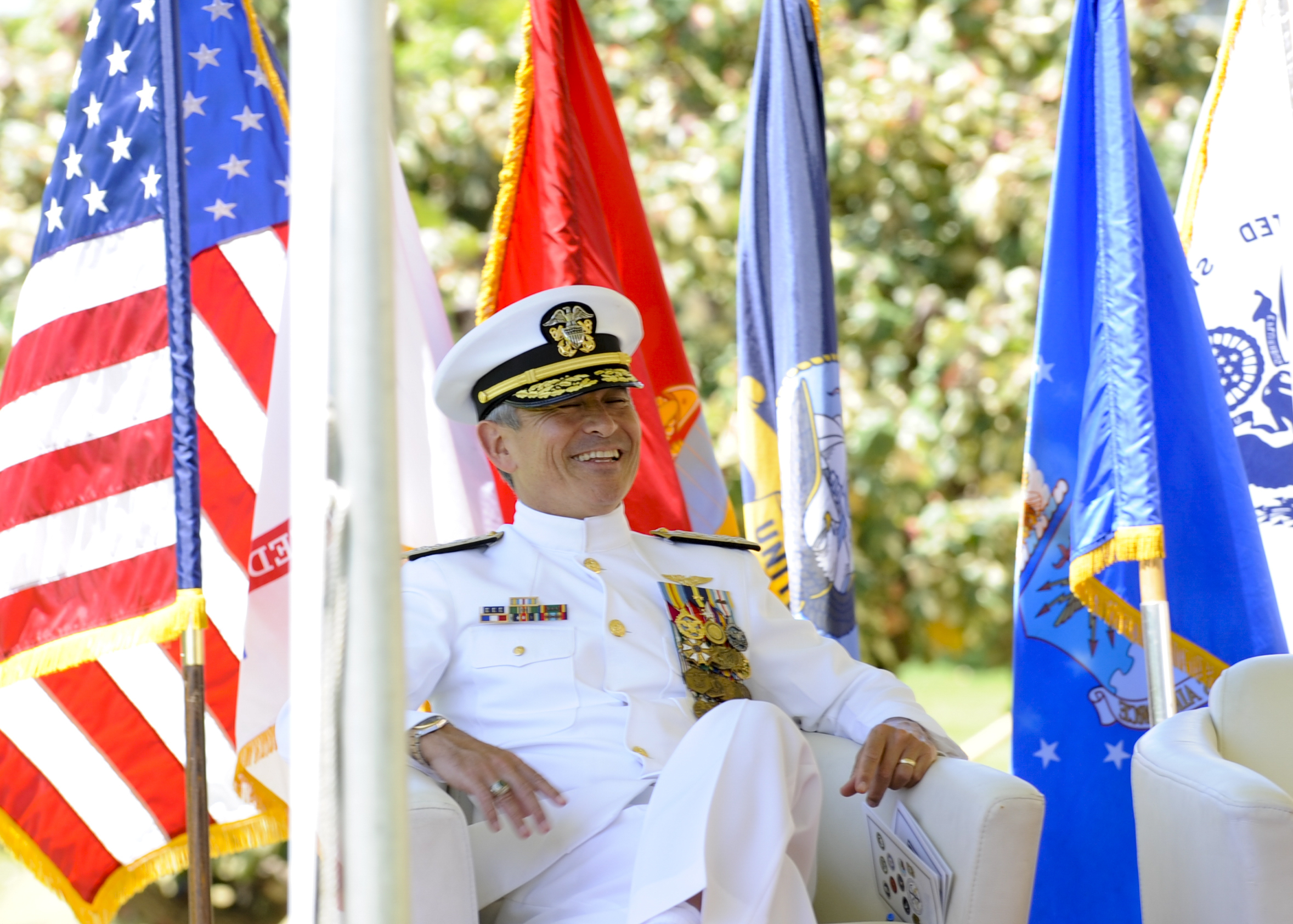 Harris likened the LCS to old Soviet small patrol boats, which he was responsible for tracking as a tactical action officer in the 1980s. Though the boats were small, each one carried at least one missile that could hurt the carrier strike group, so he described them as “punching far far above their weight.”

“I think that LCS should do that, and I want the Chinese every day to worry about where the LCS is,” he said.
“I’m agnostic on the type of missile, that’s a service decision, but I want them to be equipped with missiles that can sink ships.”

Though he said he’s not advocating the addition of the interceptors but rather a study on the issue, he told the House panel, “I am concerned, I believe that our ballistic missile defense architecture is sufficient to protect Hawaii today, but it can be overwhelmed, and if Kim Jong Un or someone else launched ballistic missiles, ICBMs against the United States, somewhere we would have to make a decision on which ones to take out or not. So that’s a difficult decision. I think that we would be better served – my personal opinion is we would be better served with a ‘Defense of Hawaii radar’ and interceptors in Hawaii. I know that’s being discussed and I don’t want to get ahead of those discussions, but I think we ought to study it for sure and then make that decision as a department what the best way forward is.”

HASC chairman Rep. Mac Thornberry (R-Texas) told reporters after the hearing that he wasn’t sure if this type of study would have to be included in the National Defense Authorization Act or if the Pentagon could conduct it on its own, but “I’ll look at it. If the combatant commander says we ought to study this, I listen.” 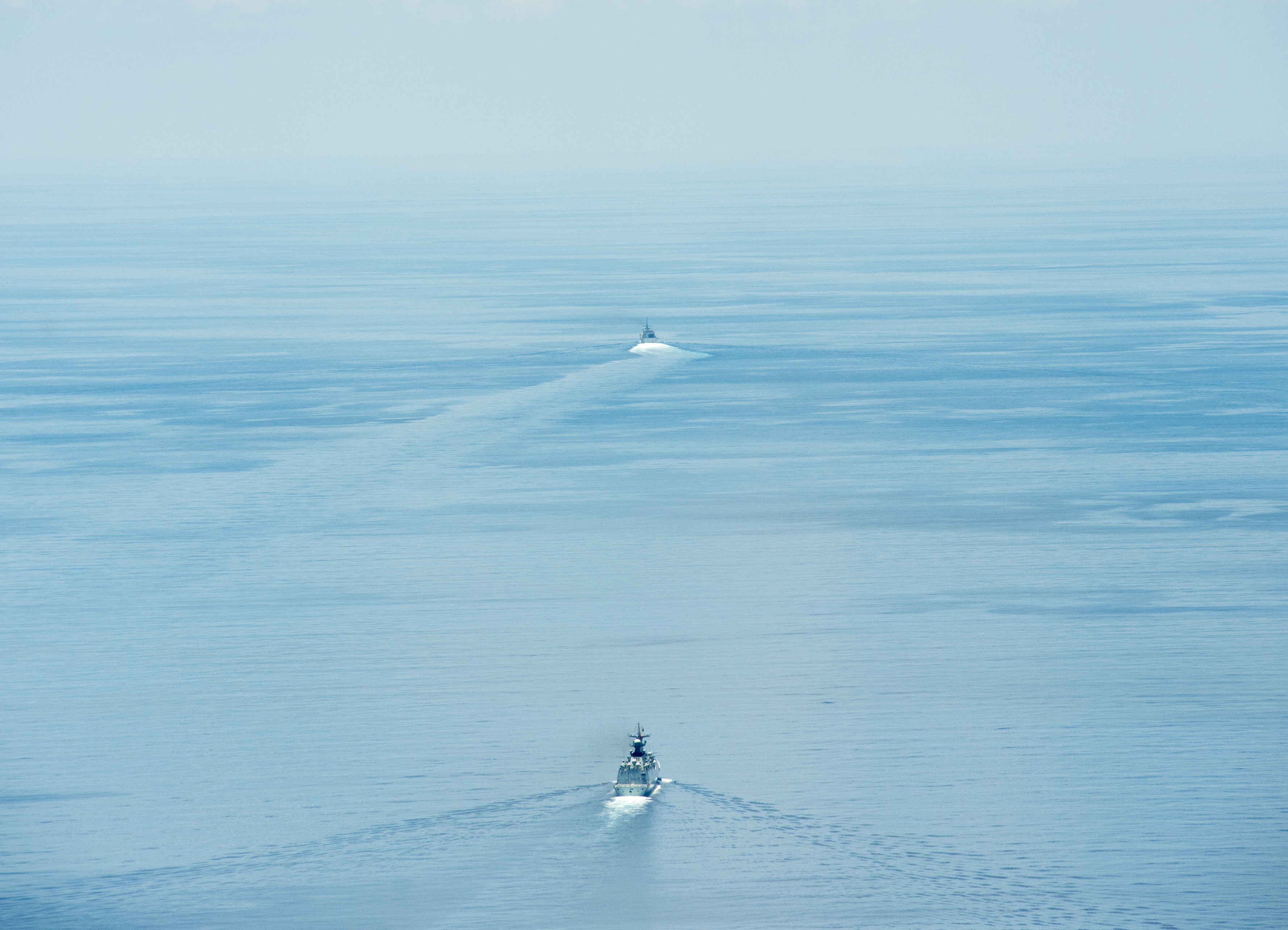 On readiness issues, Harris said he worried the services didn’t have sufficient funding not only for follow-on forces in the event of a conflict, but also the sealift and the airlift to get them into the Asia-Pacific region from the continental United States.

Asked about service rhetoric about canceling exercises this year and going forward if Congress cannot appropriate enough operations and maintenance funding, Harris said “clearly the exercises are important on a number of levels. For those countries that are high-end militaries in the region – Japan, Korea, Singapore, Australia, New Zealand – these are high end militaries that we need to exercise with because we might be in the position to have to rely on them for some operation, or they might be in a position to rely on us for some operation, and if we don’t know how to work with them it will be unproductive in the early days. And then there are countries that seek to be better, and exercises with us and countries like us are desired. If we can’t provide that level of exercise support, other countries will step in and do that” like China, which “will try to become the security partner of choice.”

Harris said that, both with time and money, “we invest in our relationships with these countries,” but sequestration, continuing resolutions and other budgeting challenges put these relationships at risk.