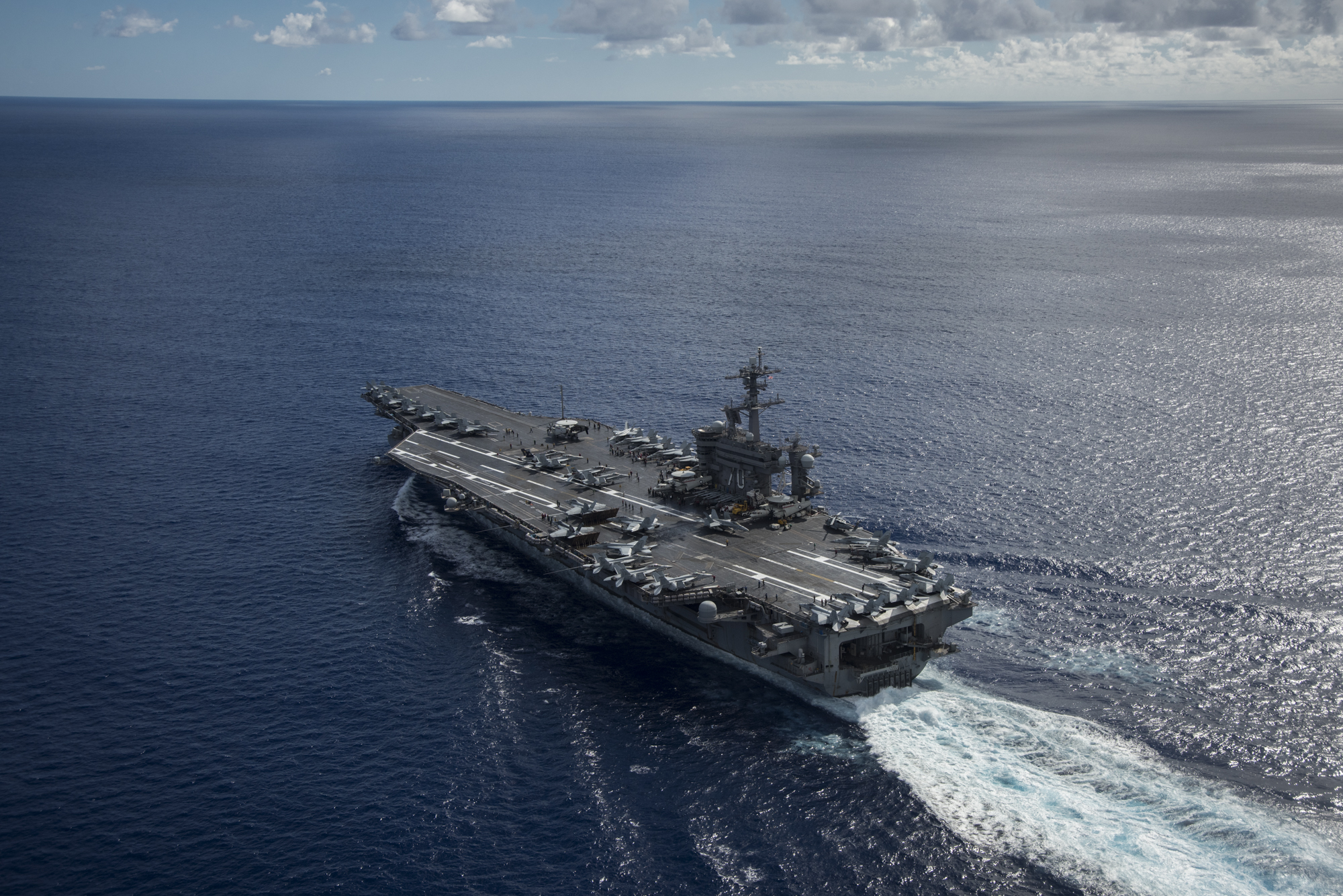 U.S. Pacific Command commander Adm. Harry Harris said the Carl Vinson Carrier Strike Group can “absolutely” defend itself against anything North Korea could shoot at it, despite media reports to the contrary.

Harris, testifying before the House Armed Services Committee today, called stories – such as this Wednesday’s article by Bloomberg, which he and HASC chairman Rep. Mac Thornberry (R-Texas) alluded to but did not mention by name – “misleading.”

Aircraft carrier USS Carl Vinson (CVN-70) and its carrier strike group have been in the news for the last couple weeks, as a miscommunication about the ship being redirected from Australia to North Korea spiraled out of control – a debacle outlined in a recent Navy Times article.

Harris took full responsibility for the confusion at the hearing, though he noted the carrier strike group did exactly what he said it would: “we pulled out of Singapore, truncated the exercise [with the Australian navy], canceled the port visit [to Perth, Australia], and then moved it north.” Many national media outlets, fueled by comments from the White House, assumed Carl Vinson would arrive on station sooner than it actually did.

“Today it sits in the Philippine Sea just east of Okinawa, in striking range, power projection range, of North Korea if called upon to do that. And then in a few days I expect it will continue to move north,” Harris said, noting that Vinson’s fighter jets could reach North Korea in about two hours if called on for a mission, given their current location closer to Japan. He called this distance “well within our capability” but added the jets would need to be refueled during the mission.

Also capturing national media attention has been guided-missile submarine USS Michigan (SSGN-727), which has been photographed in South Korea and, breaking from tradition, the U.S. military has confirmed its location and upcoming plans.

“USS Michigan, an SSGN, guided-missile nuclear-powered submarine, is in fact in Busan, Korea, now as a show of solidarity with our Korean allies,” Harris said.
“It will be there for a few days and then it will leave port and be operating in the area. This is a show of solidarity with our South Korean allies and a flexible deterrent show of force to North Korea, should they consider using force against South Korea.”