If a journey of a thousand miles starts with a single step, then the drive towards a larger Navy starts with last year’s updated Force Structure Assessment – the shipbuilding plan of the future.

After nearly a year of in-depth analysis, the Navy released its new FSA last December affirming what many of us who follow naval developments closely already knew: that years of increased operations, lengthened deployments, strained readiness, and rapid developments around the globe point to the need for a larger fleet. That document lays out the requirement of growing the fleet from the 308 ships outlined in 2014, to 355 reflecting these factors. It also increases some of the most in-demand areas of our fleet, particularly submarines and destroyers.

The outcome was one of the safest bets around – so safe, in fact, that many of us wagered Chief of Naval Operations Adm. John Richardson’s paycheck several times over. That is because the conclusions reached by the Navy in the FSA were irrefutable given the trends of recent years, and the needs we see today and over the horizon.

During my time in Washington, I have had the honor to serve on what I think is truly one of the most bipartisan subcommittees in Congress. The Seapower and Projection Forces Subcommittee is charged with ensuring that the Navy and Marine Corps are properly sized and equipped to meet their critical and growing requirements around the globe. We have worked diligently year after year to reverse a steady decline in the Navy’s overall fleet size and in shipbuilding rates. From 2009 to 2016, we spearheaded doubling the number of ships under contract compared to the prior eight years – arresting a steady decline in the fleet size and putting us on a path to grow our Navy.

While the FSA may be the first step in a longer journey, it does not actually provide the complete map we need to get to our destination. Achieving and sustaining the 355-ship Navy will be an effort beyond any single budget year, session of Congress, or presidential administration. Even in the most optimistic of projections, this effort will be marked in decades, not years. 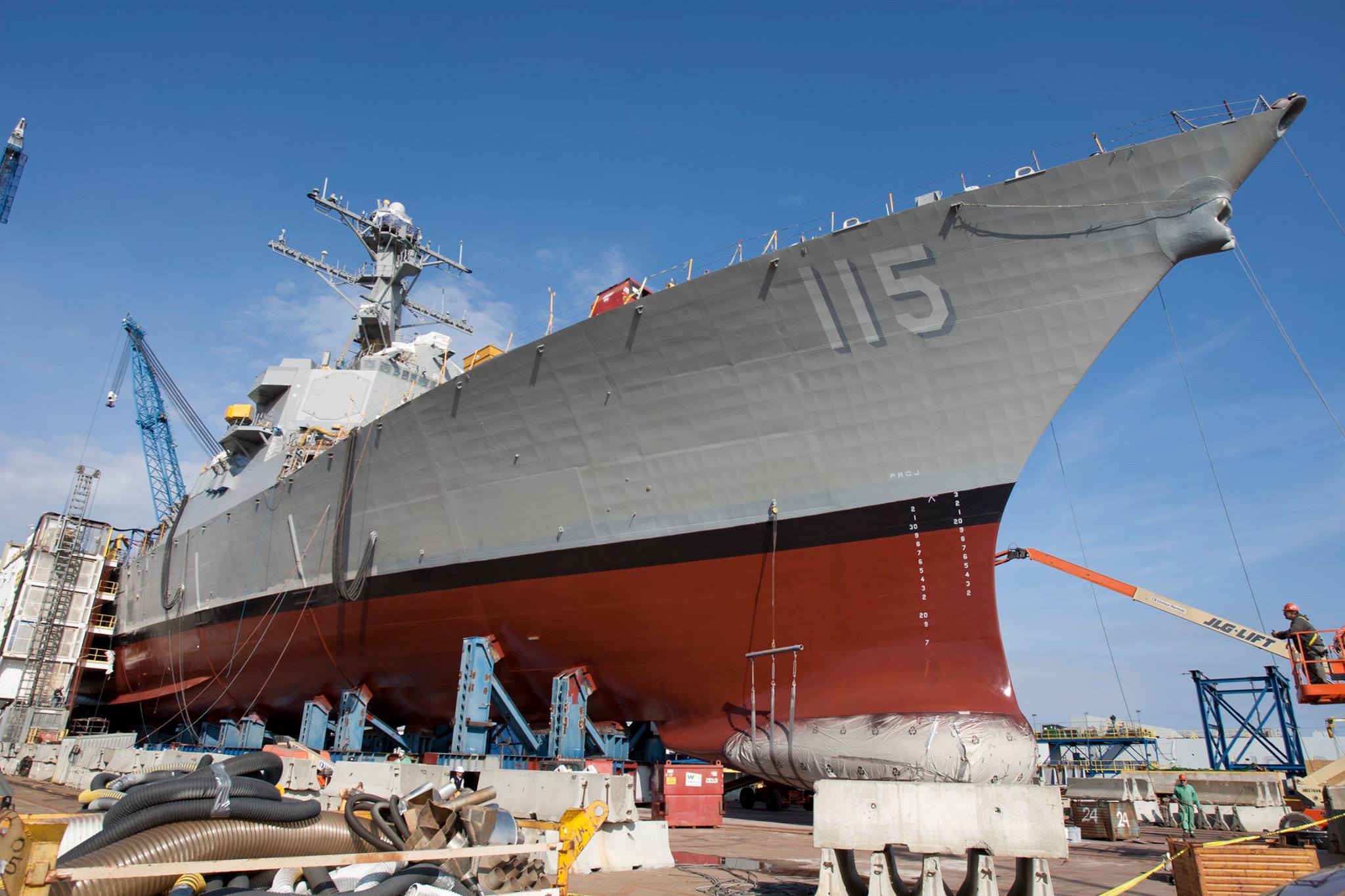 That is because shipbuilding is a long game. Even in our most efficient and “hot” production lines, building a ship takes years of planning and construction. The nation cannot just turn a dial and increase production rates immediately. Such changes require careful planning to ensure that the industrial base, workforce, and supply chain are all synced together to support the increase. Even as we look at ramping up new construction of ships in the near-term, it will be several years before we see the deployment of a new ship planned under the FSA.

That is why new construction is only one piece of the larger puzzle we need to look at to make the FSA’s larger fleet a reality. For example, one of the quickest ways to boost operational force structure is not to build a new ship but to make sure that the ships you already own are capable and ready to deploy. Unfortunately, the last several years have seen increasing delays and cost overruns, and sometimes, even outright deferments in our maintenance availabilities that have led to lost operational days of those assets.

Consider that a Government Accountability Office report released last year showed that 89 percent of aircraft carriers and 72 percent of surface combatant availabilities between 2011 and 2014 have experienced schedule overruns – cutting deep into training time and operational deployments, and losing hundreds of days that could have been spent at sea. Or, that as Navy officials have testified recently, attack submarines are facing the prospect of spending years tied up in the shipyard or pier side unable to be used in the nation’s defense. Two such examples are USS Albany, which spent 47 months out of service, and USS Boise that is currently without the certifications needed to submerge.

A ship or submarine that cannot operate is little use to the fleet and represents lost time fulfilling the needs of our combatant commanders that we can never regain. As we look ahead to just taking care of the fleet we have today, we need a more robust plan that lays out how the Navy can avoid these delays and cancellations, including investing in our public shipyards, more effectively utilizing our private shipyards and better predicting the scope of work involved in each availability.

In addition, we need a fleet that will continue to adapt even as we grow. Innovations like the Virginia Payload Module, the AMDR-enabled Flight III destroyers, and other advancements are more important than ever and will allow the Navy to maximize the capabilities of our existing hull designs. As threats and challenges continue to evolve rapidly around the globe, we must always be looking at ways to expand the reach and punch of our ships. That means new capabilities like longer range weapons, more expansive use of unmanned technology, creative new payloads and integrated systems to hit harder – together – on, above and below the seas.

We also cannot ignore the other costs of a larger Navy – increased personnel, sustainment and modernization, pier side infrastructure, associated platforms like helicopters and strike fighters, among others. A ship is nothing without her crew and without the infrastructure to support them and must be a part of the equation. Underlying all this is the need for a skilled and ready workforce in our shipyards to build and sustain our fleet.

In Connecticut, we have enjoyed an effective partnership between General Dynamics Electric Boat, our local workforce boards, and community colleges to create a “pipeline” to provide students with the skills and training they need to succeed in shipbuilding and manufacturing. Backed with a $6 million workforce development grant from the Federal Department of Labor, this program has successfully placed nearly all of its students into the field, where by all accounts they are performing beyond expectations. 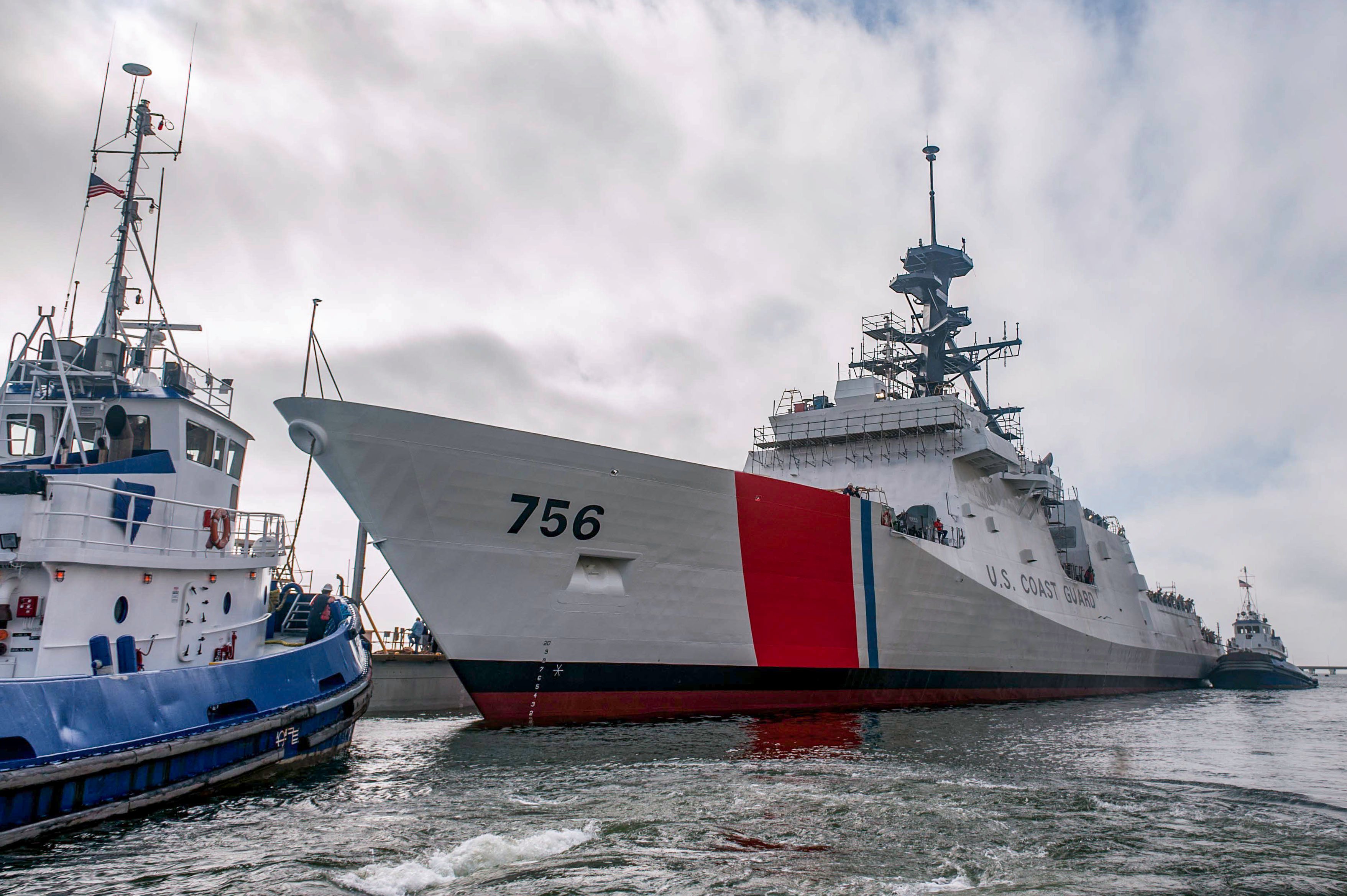 We also know that maritime security is not just a duty of the Navy, nor is it found solely within the Department of Defense. For example, our Coast Guard faces many of the same capital investment, readiness, and modernization challenges of the Navy, yet the best we have seen so far in the 2018 budget is a meager sustainment of its current budget. The Maritime Administration supports critical programs to invest in shipyards, mariner training, and protection of our domestic shipbuilding industrial base. And the ability of military elements like our U.S. Transportation Command to move goods and equipment around the world in a crisis depends heavily on our commercial maritime sector and the support that vessels and operators receive to maintain their readiness to respond. We do not yet have any clarity on how these priorities fare in the upcoming budget.

So, as we consider budget proposals to increase funding for defense, we need to clear-eyed about the choices we are making and the tradeoffs we are accepting everywhere else. The effectiveness of a larger Navy is only enhanced with a thoughtful approach to all aspects of the problem – from a well-trained workforce to investment in the totality of our nation’s maritime security needs.

Our nation’s security and economy relies on a stronger and more robust Navy and maritime policy overall. There’s no doubt, however, that we have a lot of work ahead and many challenges in our path. With Congress increasingly divided, however, it is more important than ever that the new construction, readiness, and modernization we know is needed do not become caught up in the hyper-partisan throws of the present. We can – and must – break through the partisan noise to take the right first steps on this journey. 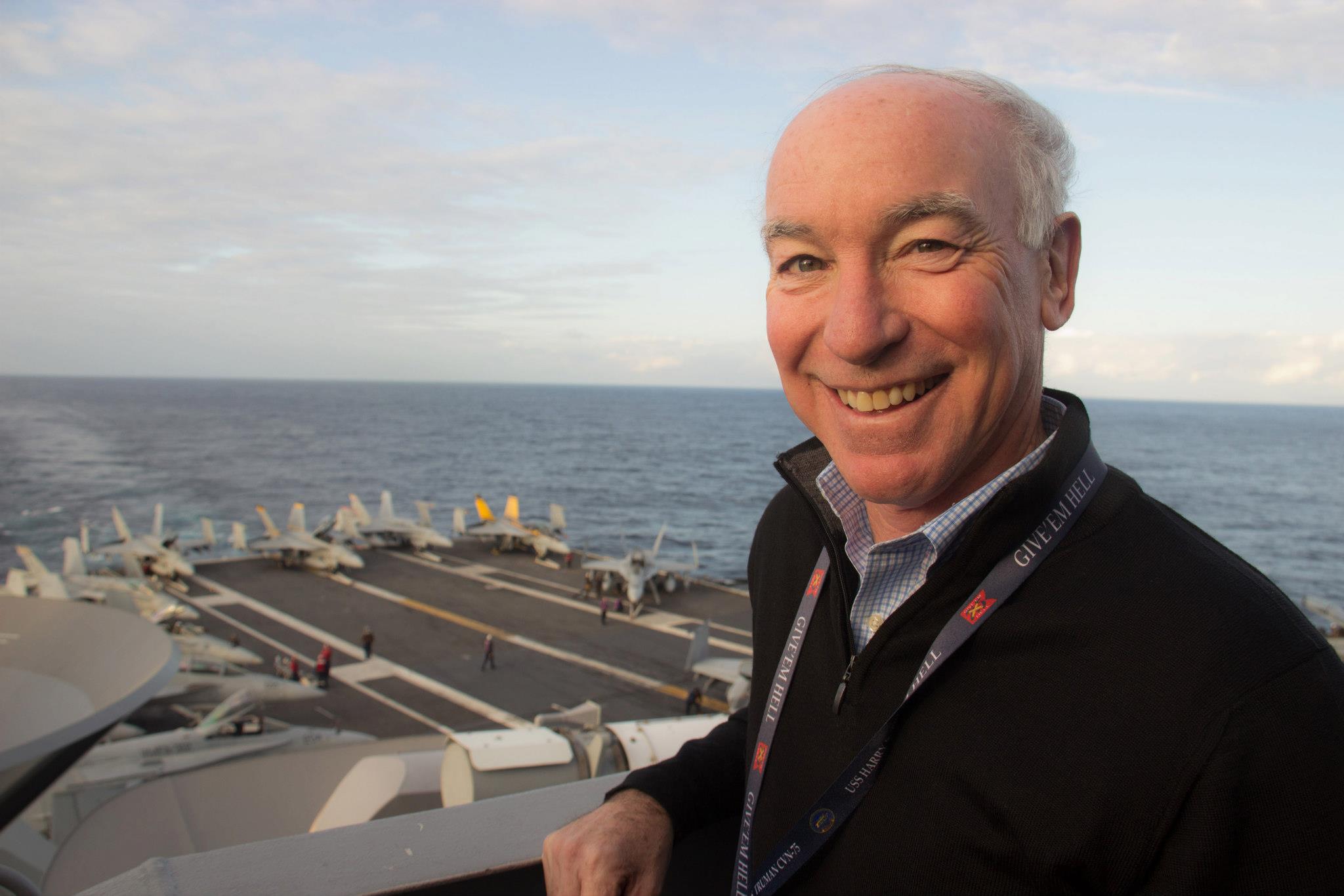 For the ten years I have been on the Seapower Subcommittee, shipbuilding and investing in our maritime capabilities has been an area of increasingly uncommon bipartisan agreement. Our panel has worked hard to add ships, capabilities, and oversight where we saw it was needed to meet the needs of our nation on the seas. The work we have done in the prior decade should serve as a model, and a foundation, for the work ahead.