NATIONAL HARBOR, Md. – Two key lawmakers on the House Armed Services Committee are optimistic Congress can avoid a continuing resolution for the remainder of the year despite only having four legislative days to figure out how to do so.

“I do think that if, god-forbid a CR does pass, things are going to happen that are going to be very splashy and ugly,” Courtney said at the Navy League’s annual Sea-Air-Space exposition, with Wittman adding “we cannot have a CR.”

The government has been operating under a CR, which continues last year’s funding levels into this year, but that funding mechanism is set to expire April 28. The House originally passed its defense appropriations bill in June 2016, and Senate appropriators were set to pass their bill last December when the Trump transition team asked them to stop their work, Courtney said at the breakfast event. The transition team wanted to shape 2017 spending rather than wait until the first full budget cycle in 2018, but Courtney said that amounted to “biting off more than anyone can chew” and led to today’s situation.

Wittman said the House has no plans this week to take up any funding measures, and the following two weeks Congress is in recess, leaving just four legislative work days after the Easter vacation to figure out how to keep the government open.

“it is clear that there are bipartisan discussions going on amongst the appropriators right now, which we want to kind of nurture that kind of movement as much as possible,” Courtney said.
“A very weak second Plan B would be kind of a ‘cromnibus’ type of arrangement where defense would get the bill that passed out of the House (last fall), and then some kind of a CR for again the rest of the government, which … I think it’s just still a very unsatisfactory outcome.” 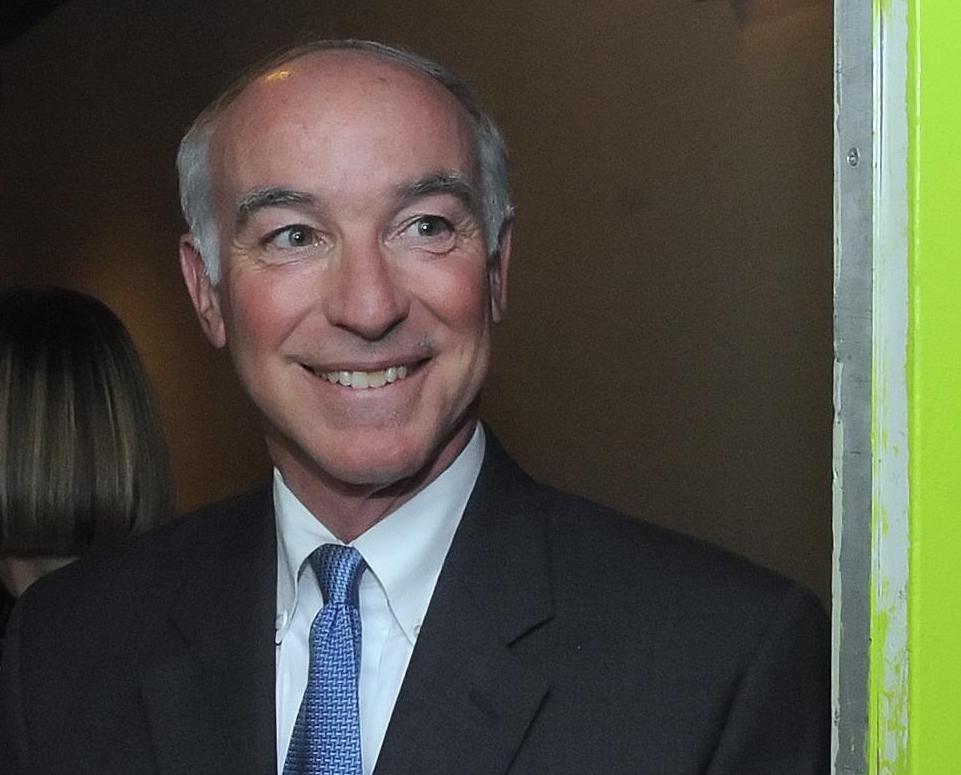 Wittman said he wasn’t sure where House and Senate leadership stood right now on relying on another CR at the end of this month, but he said the individual lawmakers he’s talked to have no appetite for any more CR bills, whether a long-term one to finish out the fiscal year or a short-term one to buy more time on a spending bill agreement.

“There’s a significant amount of resistance to a CR, and that getting 218 votes for a short-term or long-term CR is going to be difficult,” Wittman said.
“So I would say then, being the optimist, there’s better than a 50/50 chance there will be some form of omnibus or cromnibus bill. I’m like Joe, I don’t like the cromnibus, but it’ll be some form (of spending bill) going forward.”

Under a CR, government departments and agencies are given the same amount of funding as the previous year, down to each budget line item. For the Navy, that means having to buy the same number weapons, the same number of ships of a specific class, the same amount ship maintenance availabilities, and so on – which generally vary from year to year. This year, the Navy has about $5 billion in shipbuilding funds it cannot use because it was marked for ship classes the service does not want to buy this year, and cannot be used for the ships the Navy does need based on shipyard production and fleet requirements.

Lawmakers can pass exemptions, or “anomalies,” to accompany a CR bill that allows certain deviations from the previous year’s line item spending. But asked if there were any anomalies he and Courtney would request under a full-year CR scenario, Wittman told USNI News that no list of anomalies could erase the damage caused by a full-year CR.

“I don’t know that you can cover all the shortfalls with a limited list of anomalies in a long-term CR,” he said.
“The Navy is now stacking up service availabilities, so when you postpone those that has a reverberation effect, so now deployments get delayed and all those types of effects. That’s why I think it’s incumbent upon members to stand up and say no, this is not acceptable. And I just don’t think that you can adequately cover the shortfalls across all the different spectrums, not just in the Navy and Marine Corps but across every other element of the armed services.”

Wittman suggested that the Senate could finish its work on its defense appropriations bill and send it back to the House as a quick way of getting to a real 2017 defense spending measure ahead of the April 28 deadline.

Courtney lamented that, in both the House and Senate, “the appropriators already did all the work” and should be able to avoid keeping the Defense Department under a full-year CR.

“The appropriators … they are so frustrated. They’ve been pretty much emasculated or disempowered over the years, and this is their opportunity to actually push out a document,” he said.
“A CR is really just, it makes that committee almost ridiculous or irrelevant, and I think they’re fed up with that. So I’m actually reasonably optimistic.”

During the breakfast talk Wittman said he hoped to get back to regular budgets, with stable funding for priority programs and assurances for defense contractors that they would continue to see business coming their way.

“If we’re going to be able to get up at the right ramp speed to 355 (ships), you have to have that capacity. We reached out to the industrial base, we want to know from them what they can achieve, where the investments need to be made, what we can do to do some up-front placement of dollars to send a signal of certainty to the industrial base so they can say, listen, we don’t mind making an investment ourselves if the demand signal is there. But as you know, industry is somewhat reticent at times where they see things ramp up and only go for a little while and drop off,” he said.
“We have to send a signal to industry that we’re committed, that we’re going to be looking long-term and that we’re devoting resources as much as we can now so we can get those things done” to boost industrial base capacity to help grow the fleet.