NATIONAL HARBOR, Md. — The overdue first Ford-class aircraft carrier is set to go underway on its first set of sea trials this week, said the commander of Naval Sea Systems Command on Monday.

Gerald R. Ford (CVN-78) is set to leave the Huntington Ingalls Industries shipyard in Newport News, Va. for its first set of builder’s trials following an extensive set of pier-side testing to prove the carrier’s systems.

The carrier was scheduled to leave on Tuesday, but weather will keep the ship pier-side, USNI News understands.

Prior to leading NAVSEA, Moore was the program manager for the Ford-class program.

The crew of Ford has recently completed extensive pier-side tests that have the sailors onboard operate the carrier as if it were at sea – known as, “fast cruise.”

“She’s been through fast cruise which is essentially a dry run for going to sea,” said Capt. Doug Oglesby CVN79/80 Program Manager said during a briefing in the conference.
“That’s one of the last steps before going to trials.”

The builder’s trials, which will be conducted by HII, will not have the ship launch or recover aircraft but demonstrate the most basic functionality of the ship, Ye-Ling Wang, program manager for future aircraft carriers at the Program Executive Office for Aircraft Carriers (PMS 378), told USNI News in February. 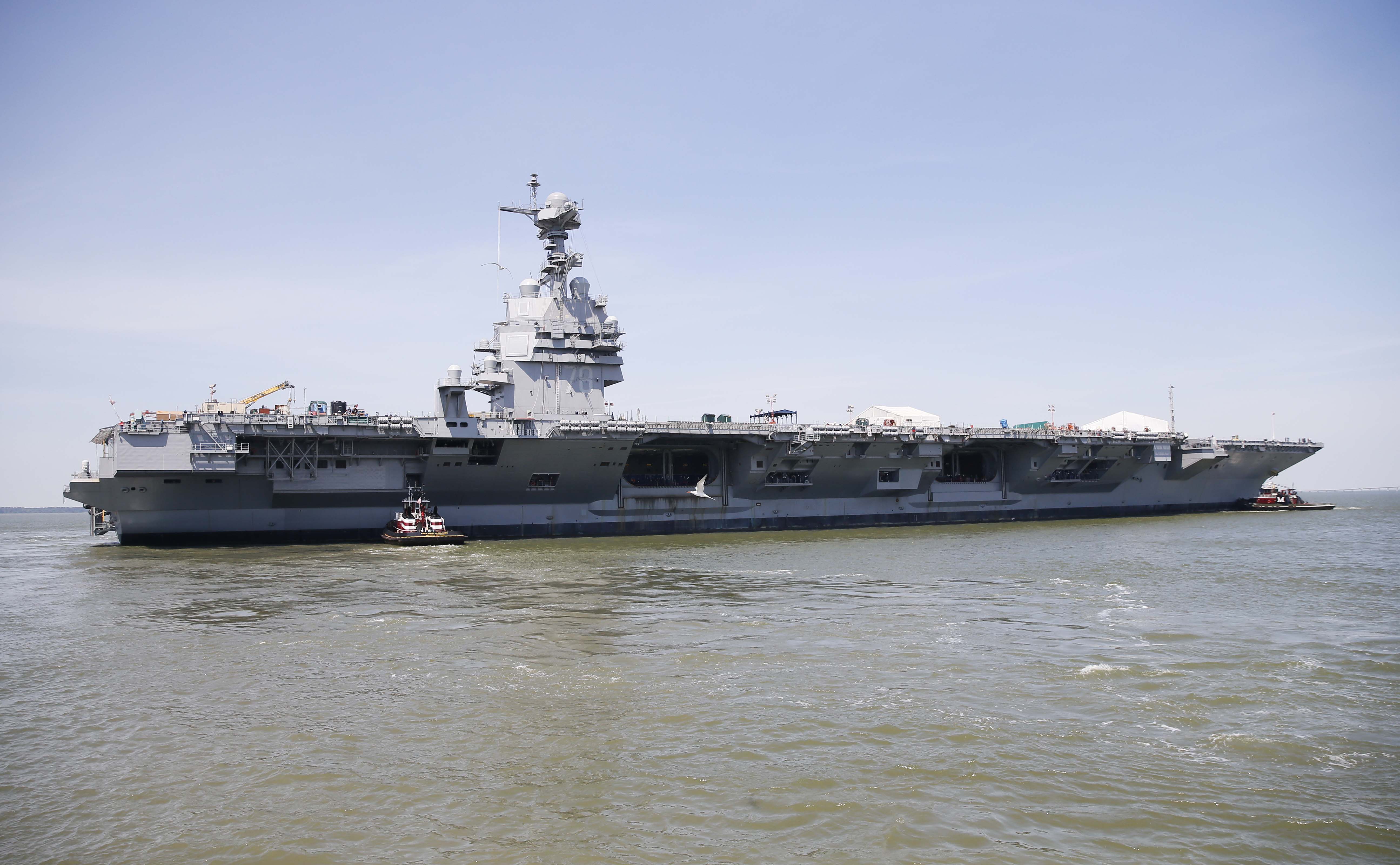 Following those trials, the Navy will hold its own series of acceptance trials before the carrier delivers to the service.

The $12.9 billion, 100,000-ton carrier is the first for the class of the service and is slated to commission into the service sometime later this year, after several delays in schedule.

Service leaders have said the complexities of integrating several new technologies into the carrier were to blame for holdups.

“It’s the first new designed aircraft carrier in 40 years. [There are a] significant number of new, advanced systems that don’t exist anywhere else in the world,” Sean Stackley — then Navy assistant secretary for research, development and acquisition — told reporters in January.
“It’s not until you bring them all together on the aircraft carrier that you get to test the fully integrated system, and so with all first-of-class ships we have been in a bit of a test-and-fix mode as we go through the test program.”