The Marine Corps’ top financial officer told lawmakers that the service considers its modernization programs properly balanced between aviation and ground needs, while acknowledging that there hasn’t been enough money in recent years to buy the ground assets at a proper pace.

The Marine Corps has faced the challenge in recent years of having to replace all its aircraft types, while simultaneously having to replace ground vehicles and amphibious vehicles and connectors. None are cheap, and having nearly a dozen modernization programs at once – plus across-the-board sequester cuts and then annual spending caps – has further complicated the service’s modernization outlook.

House Armed Services tactical air and land forces subcommittee ranking member Rep. Niki Tsongas (D-Mass.) asked during a Marine Corps modernization hearing today whether too much priority had gone to aviation in recent years instead of ground vehicles and equipment.

“While the Marine Corps certainly has a need for aircraft of many types, the ratio of spending on aircraft compared to ground equipment is striking. The Fiscal Year 2017 budget request was no exception to this trend: in it the Marine Corps requested approximately $1.5 billion for procurement of ground equipment and ammunition, however in the same president’s budget it requested $5.3 billion for just five aircraft programs: the F-35B Joint Strike Fighter, the CH-53K King Stallion helicopter, the V-22 Osprey, the AH-1 attack helicopter and the KC-130 refueler,” she said during the hearing.
“While the individual aircraft programs in question are likely very important when taken individually, the scale of the imbalance – more than three to one in just this fiscal year – suggests that upgrading aircraft is currently valued higher than upgrading ground equipment. I have some concerns about this ratio of spending on aircraft versus ground equipment, given the Marine Corps’ mission to be the premiere force in readiness and the historical reliance that the nation has placed on the Marine Corps’ role in ground combat.”

Lt. Gen. Gary Thomas, deputy commandant for programs and resources, said the Marines had not invested as much money into modernization overall as the service would have liked, due to spending caps and near-term readiness challenges, but he said in terms of the aviation versus ground force spending “we do feel like we are balanced.”

“We are a light general purpose force. One of the things that gives the Marine Corps an advantage on the battlefield is its mobility and its fires. Much of that comes from aviation,” he said.
“The ground side, in terms of fires, mobility – those are equally as important, but if we were just to look relatively how we’re investing across aviation and ground, without looking at the cost – although there are significant differences there – but in terms of capability and capacity, we think we’re balanced.” 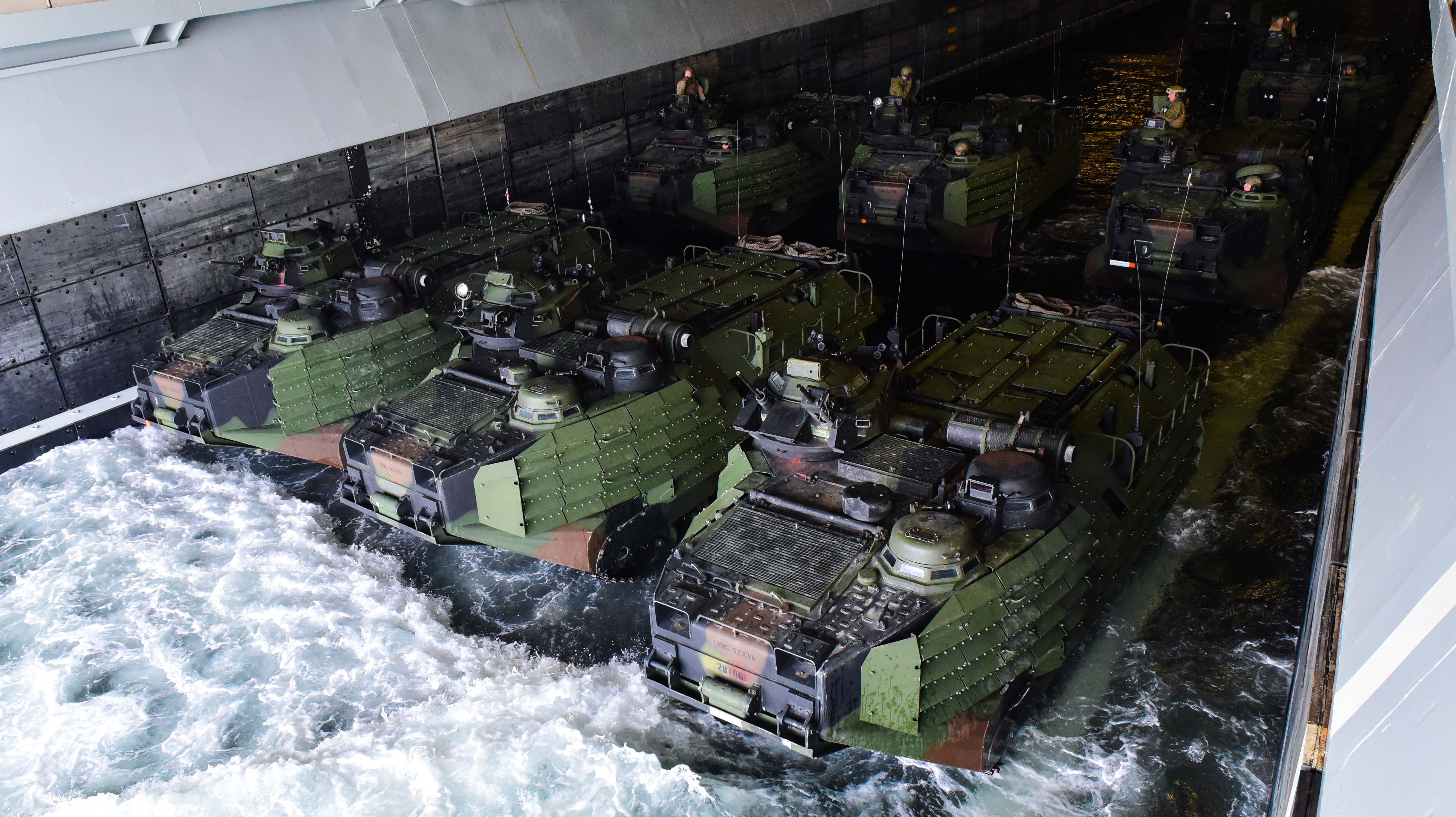 Overall, he said, “we have programs in place to address all of those (legacy programs that need to be replaced). We haven’t been able to modernize as quickly as we could to get out of the old metal, but in terms of balance, we feel that we’ve got it about right.”

On the aviation side, the Marines have been replacing nine legacy aircraft types with six new ones — all in varying stages of completion. The CH-46E and CH-53D helicopters have been replaced by the MV-22 Osprey, which the service is still buying. Same with the transition from the AH-1W and UH-1N attack helicopters to the AH-1Z and UH-1Y, respectively, and from the KC-130T to the KC-130J tanker. Farther out, though, three planes – the AV-8B Harrier, the EA-6B Prowler and the F-18 Hornet – are being replaced by the F-35B Joint Strike Fighter, which reached initial operational capability in 2015 but won’t hit full operational capability until 2031, according to a Marine Corps modernization timeline. And the CH-53E heavy lift helicopter is being replaced by the CH-53K, which is still in development and test.

Thomas noted the importance of replacing these aircraft, with the Hornets and heavy-lift helicopters more than 30 years old and struggling to stay ready for operations.

He added, though, that the ground vehicles are as old or older. The Amphibious Assault Vehicles are more than 40 years told, and the Light Armored Vehicles are at least 30 years old.

To Tsongas’ concerns about the ground vehicles suffering due to so much attention being paid to aviation modernization programs, Thomas said “we intend to address all the concerns on the ground side. … We have good programs in place that we believe meet the capability requirements at a reasonable cost to the taxpayer, but we found both on the ground side and the aviation side is, we simply don’t have the resources to do either one at the rate we desire.” 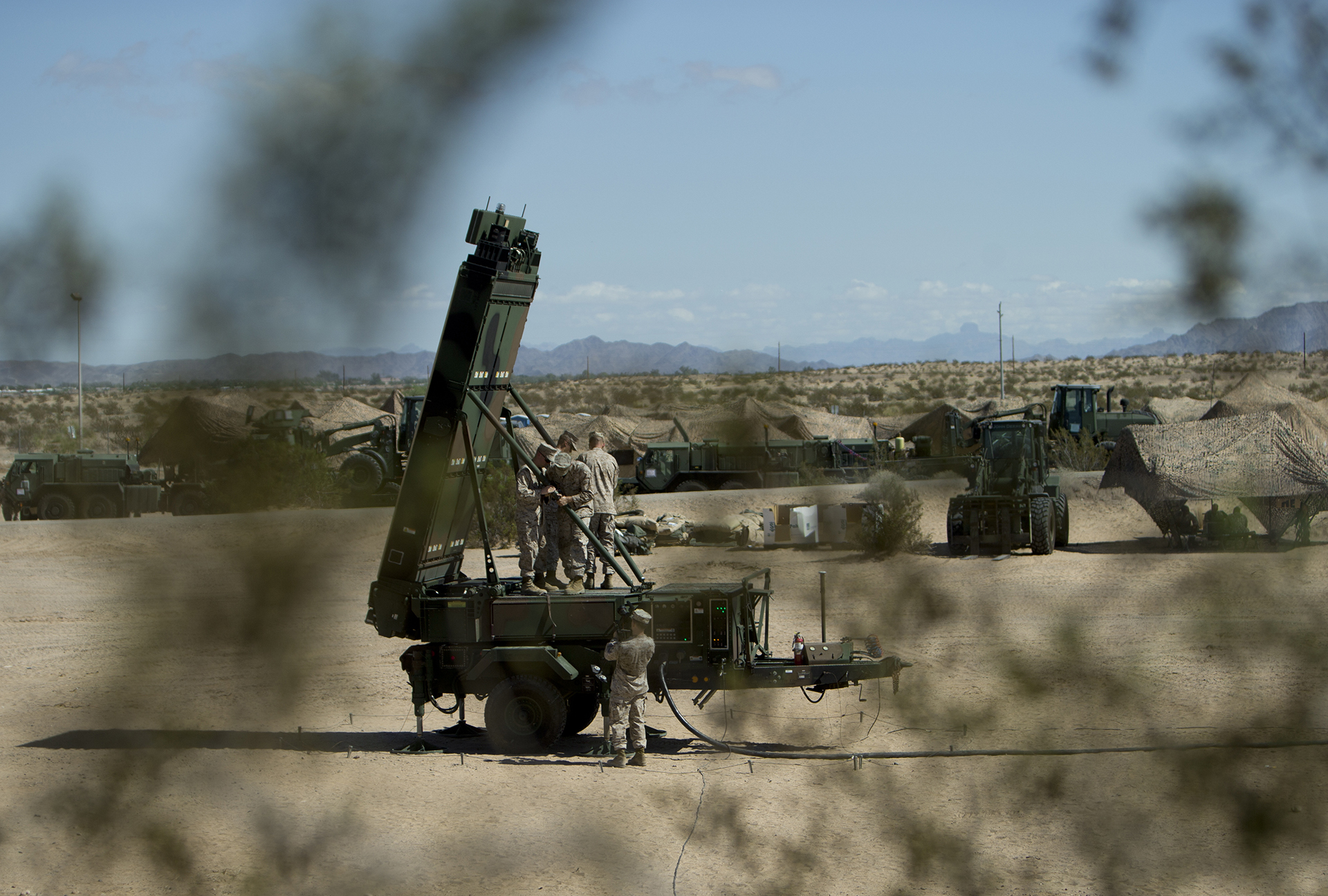 His top three ground priorities – the Amphibious Combat Vehicle to replace the AAVs, the Joint Light Tactical Vehicle to replace Humvees and the Ground/Air Task Oriented Radar (G/ATOR) – are progressing well, he said. JLTV is in procurement, ACV is set to begin testing two competitors’ vehicles this spring, and USNI News understands the Marine Corps is getting ready to accept the first G/ATOR. Still, all are farther behind than originally planned, and for the aging LAVs there is no program of record replacement yet.

Tsongas questioned why these ground programs weren’t being given more funding to stay on track and to field at a faster rate even as some aviation programs have ballooned in cost. She cited recent figures showing that the CH-53K was supposed to cost $95 million apiece in then-year dollars, but last year’s selected acquisition report showed the cost had grown to $116 million and the Marine Corps recently told her office it had increased again to about $122 million a copy.

“It seems worth pointing out that $122 million per aircraft in 2006 dollars exceeds the current cost of an F-35A aircraft for the Air Force by a significant margin,” she said, calling the heavy-lift helo a “niche” airplane with “extreme cost” compared to the ground forces’ needs.

Thomas confirmed the $122-million cost but said that the service anticipates that “the unit recurring flyaway, when the aircraft begins full rate production, will shrink below $89 million. That’s still very expensive and we’re working very hard with the program office and the vendor to keep the cost down and to drive value for the taxpayer.”