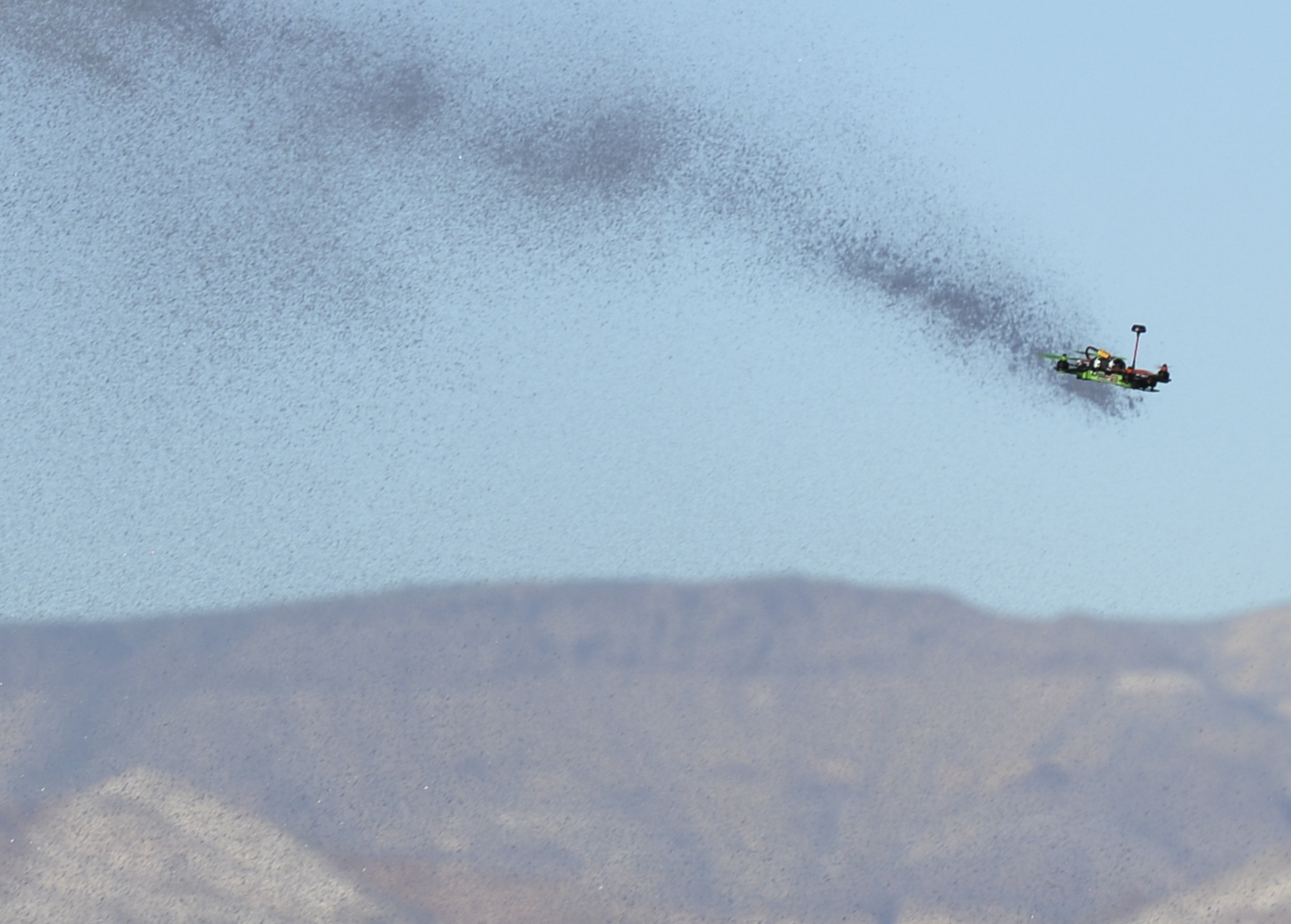 An Immersion Vortex 250 drone collides with the end of the spray from a water cannon, part of the counter-unmanned aerial system solution. US Air Force Photo

The military is moving too slowly to protect U.S. nuclear sites from the threat of commercial unmanned aerial vehicles, or drones, the commander of the Pentagon’s strategic forces told lawmakers on Wednesday.

“We’re going too slow,” Hyten said in response to a question from Rep. Don Bacon (R-Neb.).
“We have to get the right policies and authorities out there so our defenders know exactly what to do, and then we have to give them material solutions to allow them to react when they see a threat and identify that there is a threat so they do they right things. We’re just going way too slow across policy, authorities and material solutions.” 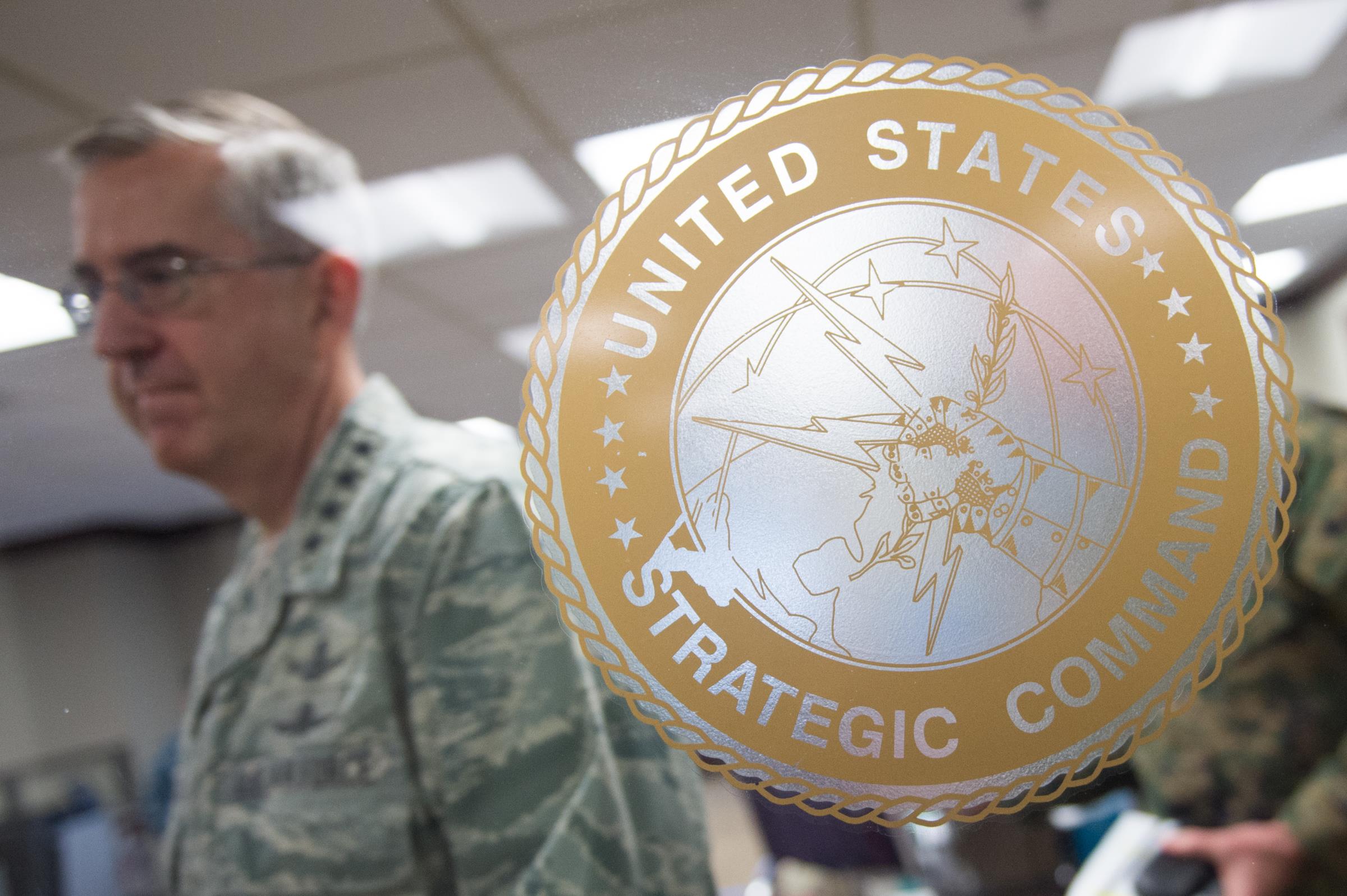 There has been much ambiguity around what level of force security personnel can use when encountering a commercial drone flying in commercial airspace.

“It’s not enough for me to tell our guys to take a shotgun and shoot down something flying over [a nuclear facility]. There is legislation about what we can and cannot do,” the head of Air Force Global Strike Command Gen. Robin Rand told reporters in September, Defense News reported.

At issue was an interpretation of federal law by the Federal Aviation Administration that prevented security personnel from shooting down a drone over a sensitive area.

That was mitigated by the December 2016 passage of the Fiscal Year 2017 National Defense Authorization Act, that included the stipulation, “if a drone threatens any nuclear facilities, missile defense or national security space mission facilities, the [Secretary of Defense] has the authorization to ‘use reasonable force to disable or destroy’ the drone.” 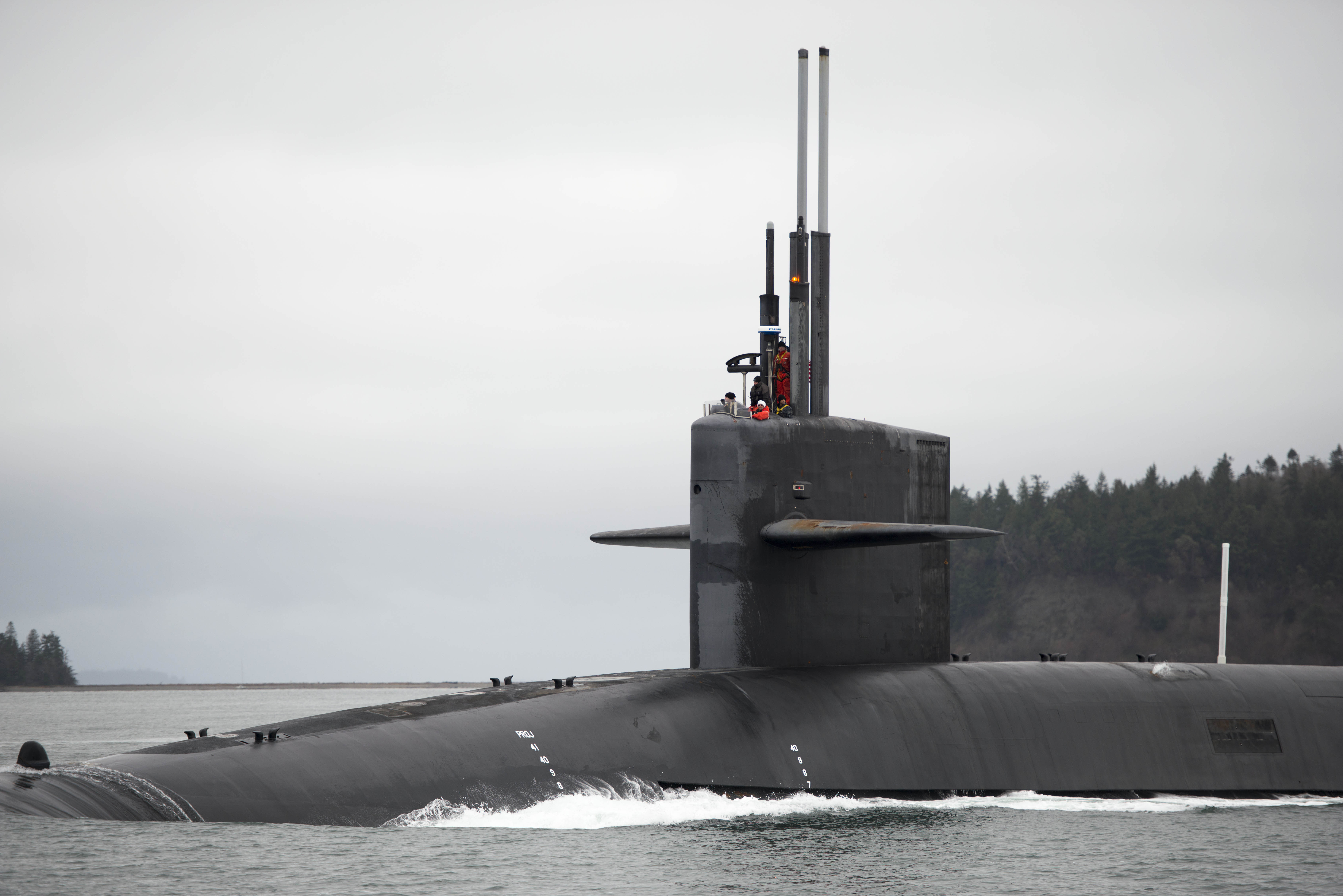 The Ohio-class ballistic-missile submarine USS Alabama (SSBN-731) prepares to transit the Hood Canal as it returns to its homeport of Naval Base Kitsap-Bangor, Wash. Alabama is one of eight ballistic missile submarines stationed at the base, providing the survivable leg of the strategic deterrence triad for the United States in 2015. US Navy Photo

Last year the Navy was on the hunt for the owner of a commercial drone or drones that took several night flight over Naval Base Kitsap, Wash. – home to the Navy’s West Coast Ohio-class nuclear ballistic missile submarines fleet. The incident raised awareness in the service of the threat.

“It’s recognizing that these UAVs are out there – whether they’re hobby clubs or someone more nefarious – and it’s really hard to determine what the origins of those things are,” Vice Chief of Naval Operations Adm. Bill Moran told USNI News after the hearing.
“We’re actively pursuing ways to remove the threat, if they become a threat. We’re also very interested in authorities that allow us to remove it when it becomes a threat.”

While Hyten thanked the House panel for helping to clear the ambiguity, he said the Pentagon was still struggling with the law.

“I look out at the number of lawyers involved in this discussion and, well, it’s significant,” he said.