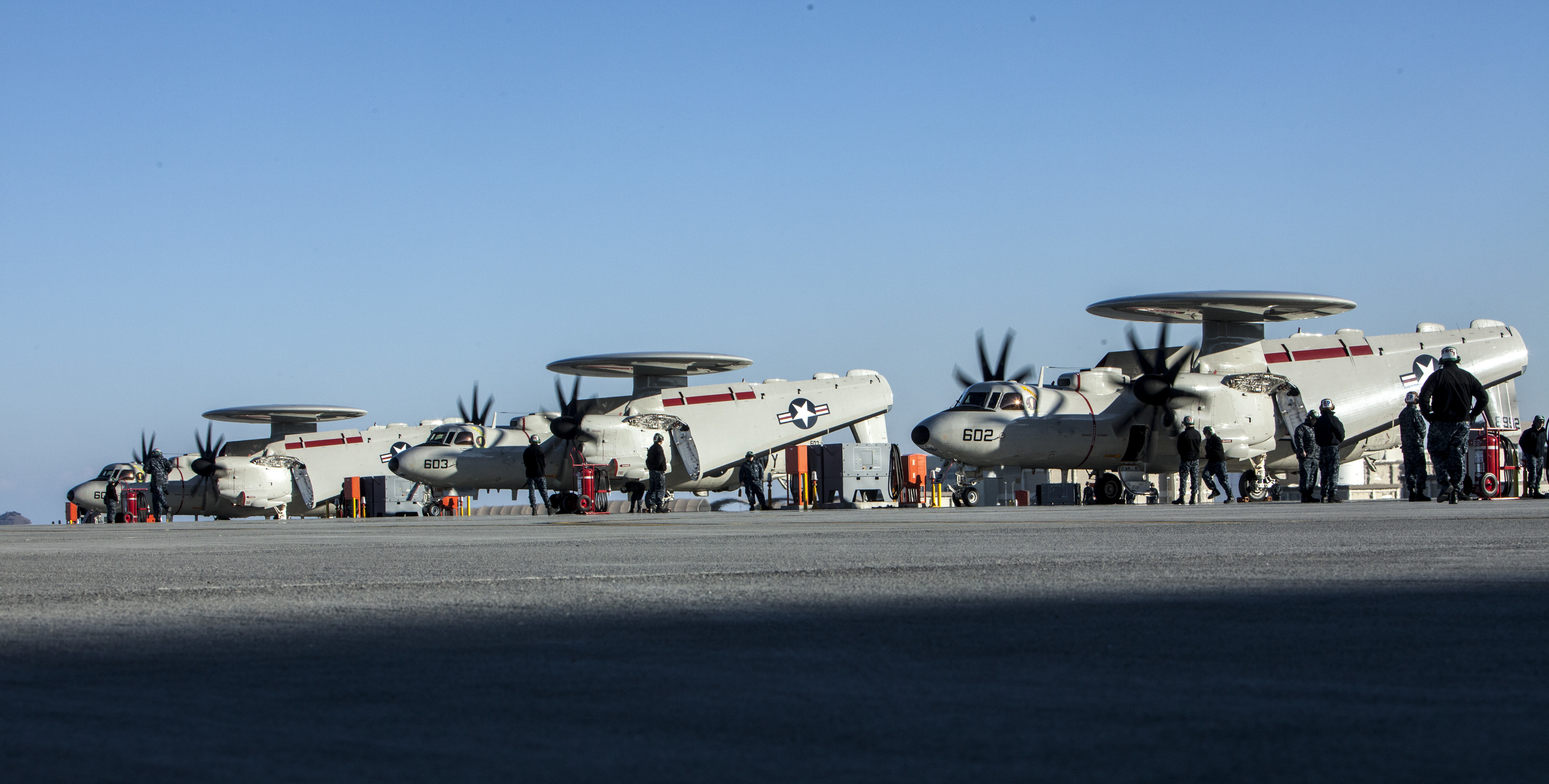 SAN DIEGO, Calif. – The Navy aviation community has kept its transition to new aircraft types on track amid years of funding challenges and will prioritize the readiness of those new planes over older ones if needed, the Air Boss told USNI News.

Vice Adm. Mike Shoemaker, commander of Naval Air Forces, said last week at the West 2017 conference that the aviation community has tried to “balance the readiness, the procurement, the modernization aspects of our force. We’ve accepted risk in readiness, and that’s acknowledged, I believe, but we’ve been able to keep that future air wing and our transitions in type/model/series on track.”

Of note, he said, the transition to the EA-18G Growler is complete, the first E-2D Advanced Hawkeye squadron has moved to Japan, and the first fleet replacement squadron of F-35C Lighting II Joint Strike Fighters stood up at Naval Air Station Lemoore, Calif., in January.

Shoemaker told USNI News after his panel presentation that, when it comes to spending limited funding on readiness for these new airplanes versus the older ones, “it’s a great balancing act right now. We’re looking at ways we can ensure that we apply the lessons from the legacy platforms – things that we learned from sustaining and supporting, supply/support – to make sure that we apply those to the newer platforms, E-2D, F-35 as it’s coming down, so we can ensure that they maintain the readiness levels we would expect.”

Asked if that meant that the new platforms were being prioritized over old ones, Shoemaker said, “I would say that’s probably accurate. But again, we’ve still got two legacy Hornet squadrons deployed, one on (aircraft carrier USS George H.W. Bush] and one on (USS Carl Vinson] right now, so we can’t take our eye off that. But I think at least from a Navy perspective … we’ve shrunk down our force to where there’s just four (Hornet) squadrons left, and I think our ability to support them, as well as our reserves and aviators up at Fallon – they’re flying legacy as well – we’ve got some choices and some tradeoffs we can make.”

For example, he said, the service currently owns more Hornets than it needs for those four operational squadrons and the reserve and Naval Aviation Warfighting Development Center. So, the community is looking for “best of breed” airplanes to keep instead of wasting precious maintenance dollars on airplanes that are in worse condition or seem to require more frequent maintenance.

“We’re trying to be smart and efficient in how we apply the legacy readiness dollars versus the new platform readiness dollars,” he said.
“And it’s an ongoing discussion and a tradeoff, but the key piece is applying those lessons to ensure that our most capable forces are ready.”

One major lesson learned likely to be followed going forward is acknowledging the importance of the APN-6 budget line – the aircraft procurement line item that supports “initial outfitting for spares, and it also covers the stock on our shelves on our carriers, our amphibs and also at our shore bases,” Shoemaker said during his panel presentation.

That line item was funded at about 90 percent of the requirement in the early 2000s, about 85 percent just before sequestration hit, around 75 percent since the sequester, and only 71 percent this fiscal year.

“So that’s year on year we’ve kind of been funding less of the requirement, and not surprisingly, not unexpectedly, full mission capable aircraft have come down from 55 percent – we try to work in a band between 50 and 60 (percent) – to less than 30 percent today. That connection’s not hard to make,” he said.

Shoemaker said aviation readiness has been on a steady decline but right now is at its “most acute” since sequestration went into effect and across-the-board cuts were imposed in 2013.

“We don’t like to get back and talk about sequestration, but we dug an incredible readiness divot across the force that we have not filled in yet, and we continue to fly below the glideslope in terms of filling in some key accounts – not just flying hour accounts for us but also readiness enabler accounts” such as the APN-6 spare parts line item. About 20 percent of the total airplanes the Navy owns are considered “non-mission capable – supply” on any given day due to lack of available spare parts, and Shoemaker said “that number continues to grow.”