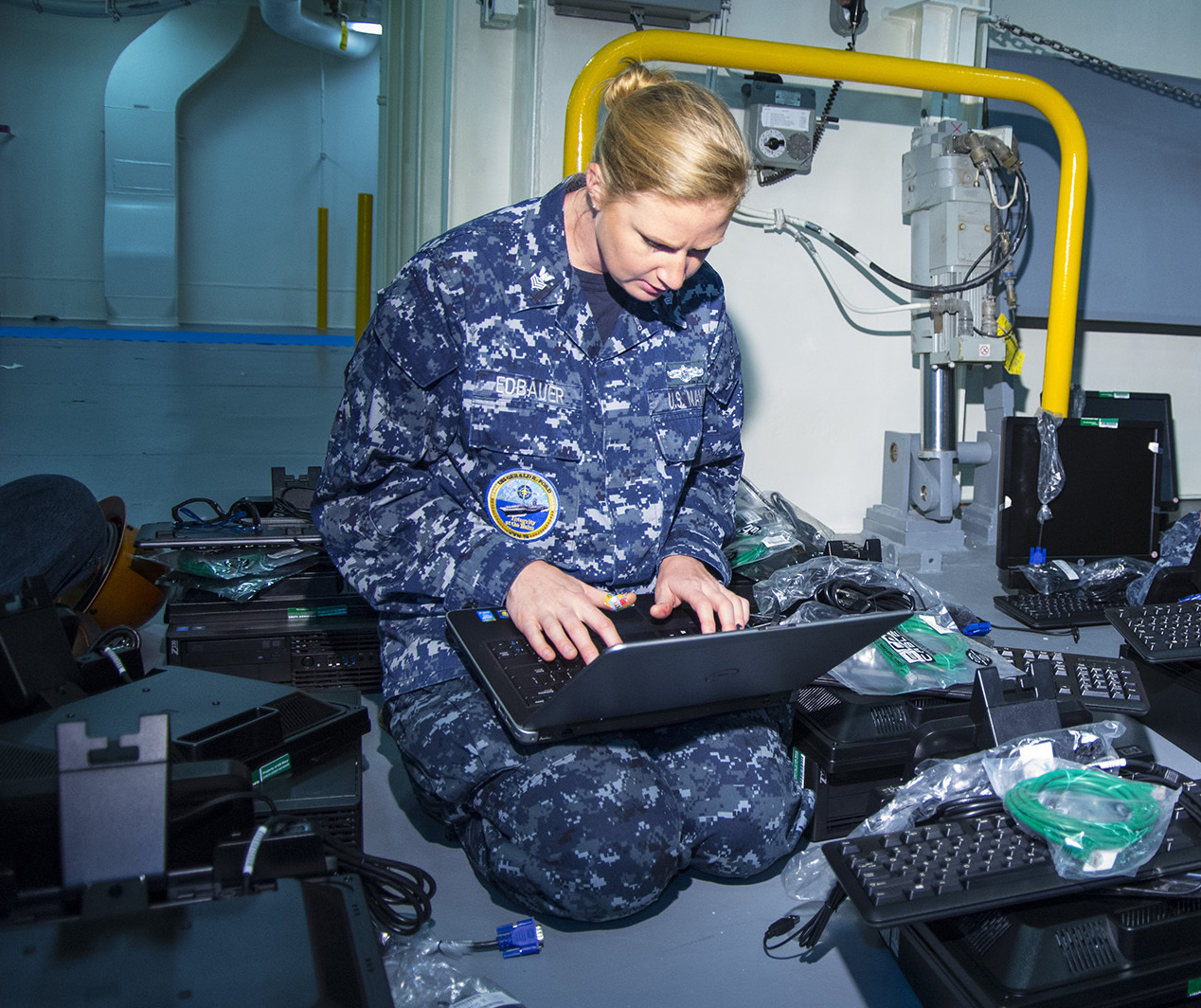 SAN DIEGO, Calif. – Unlike conventional warfare, the vast information environment has no boundaries and few rules, but rapid advances in technologies make it even tougher to keep up with cyber threats and ensure warfighting readiness, senior Navy, Coast Guard and Marine Corps leaders told WEST 2017 conference attendees in several talks and panel discussions.

“In a cyberspace event, you see bits and bytes going around. You don’t know if those are coming from one of your partner countries, adversary countries, some other agency,” Coast Guard Vice Adm. Marshall B. Lytle III said Wednesday during a panel discussion on information warfare. “You have to deconflict that as much as you can, but to some extent you have to operate in that environment.”

“Cyber warfare is not like football,” with clear lines of offense, defense and rules, said Lytle, the command, control, communications and computers /cyber (C4) director and chief information officer with the Joint Staff.
“Cyber warfare is a soccer game with all the fans on the field with you,” Lytle said. “You’ve got the two teams in the fight, trying to win, but you’ve got all the fans mixed in amongst you, and you don’t know who’s who. Nobody is wearing uniforms, but you’re trying to get that mission accomplished.”

“There will always be a battle for territory, but now that battle is prepped, shaped and executed far beyond the boundaries of any city, any country,” Lytle added.

Other panelists echoed similar concerns about the challenges in operating or fighting in the vast, unregulated and murky world of cyber. “The rules don’t fit,” Brig. Gen. Dennis Crall, the Marine Corps’ chief information officer and director for command, control, communications and computers, told the audience. Cyber “doesn’t behave like other things do.”

Limiting authorities and restrictions on activities in the space “in some cases hamstring our ability to do anything at all,” Crall said, “so the rules have to change.”

The speed at activity in the cyber world threatens to far exceed how quickly the military services can respond to threats and keep warfighting units ready and up-to-date with the latest in tech. The services must do more to innovate, but the process of procurement and acquisition “ is too slow,” Crall said. “We can’t get there in time.” He advocated “a fast track” that would poise them to get at the adversary quickly. 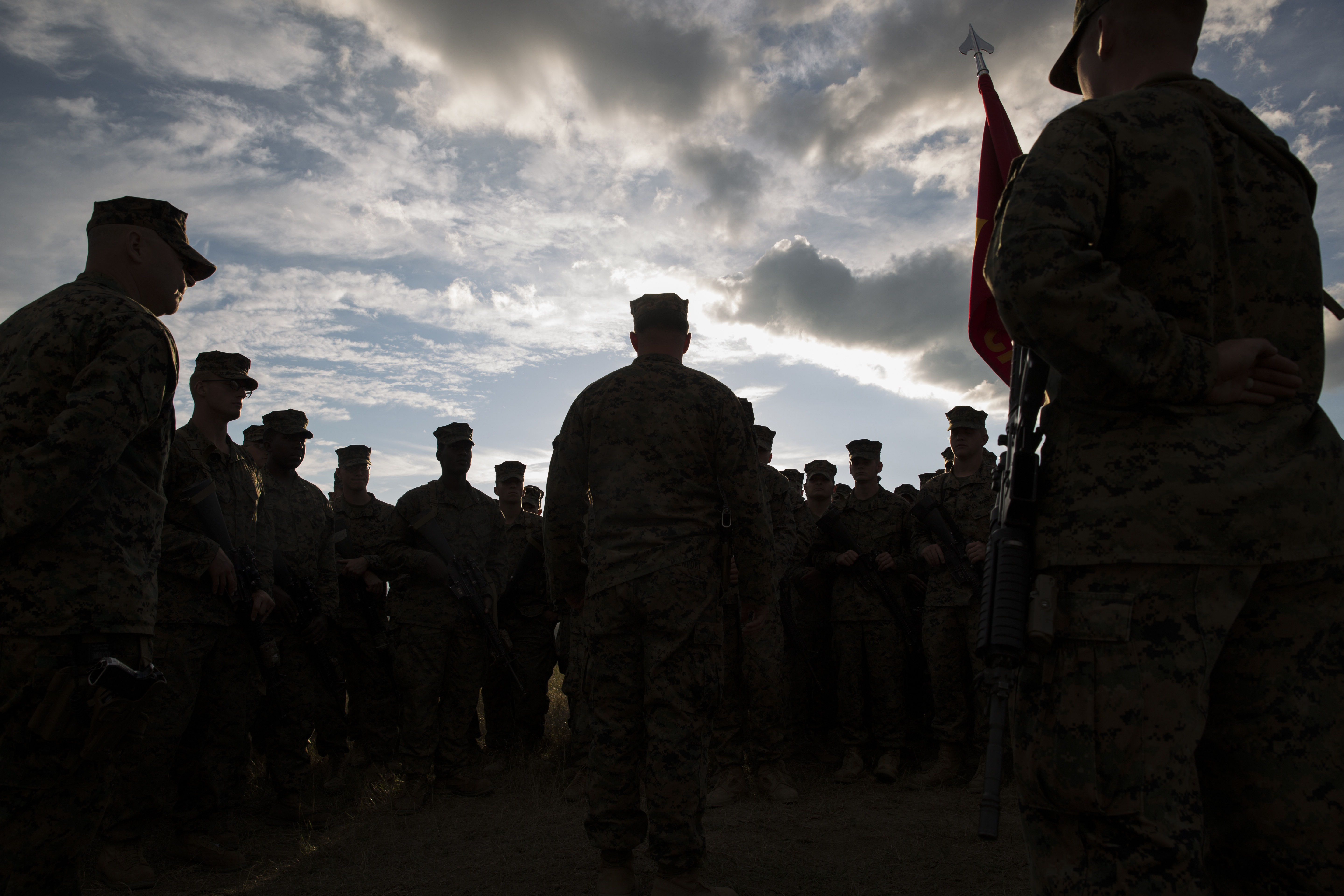 U.S. Marines with the Combined Arms Company conduct a promotion ceremony overlooking the base camp for Agile Spirit 16, Sept. 1, 2016. US Marine Corps Photo

“If we are taking seven, eight, nine, 10 years to modernize our C4I systems, we will fail,” Lewis said, speaking at a Wednesday panel on procuring the future force. “We need to fundamentally change our business in order to stay ahead of the state-of-the-art and the threat.”

Along with congressional support, “we need to team with industry soon in the process” from requirements through development and through the life of the program, said Read Adm. DeWolfe H. Miller, the Navy’s air warfare director (N98),.

“The system has got to be easy to operate and easy to maintain,” Shrader said, noting systems will be deployed with Marines.

The Marine Corps also likely will want to buy the technology data package, to build “a print to keep the cost down,” he said. An example, he said, is the cost of some ammunition, which has limited suppliers, has spiked by 600 to 700 percent. “The price of ammunition continues to skyrocket,” he added.