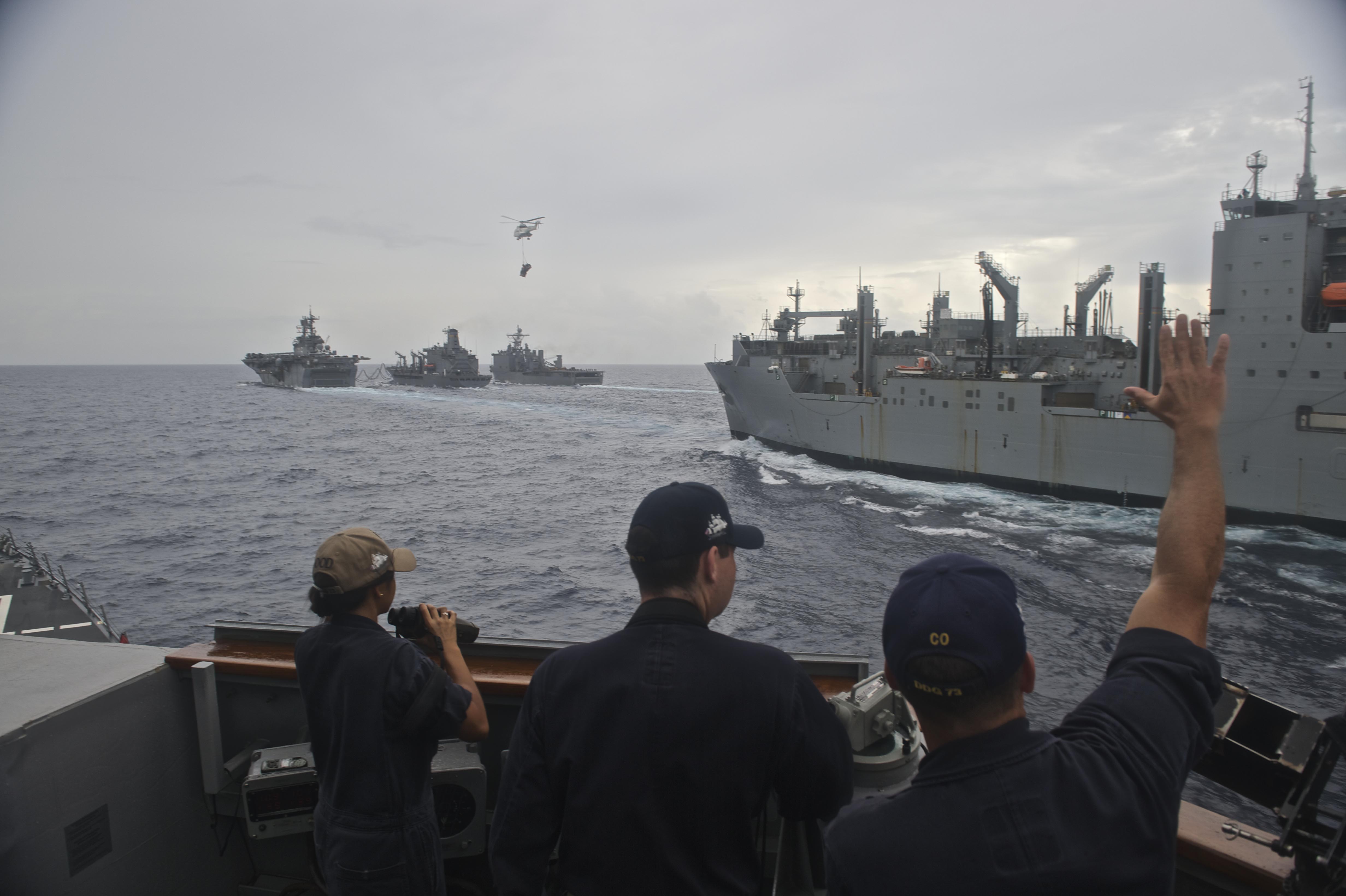 SAN DIEGO, Calif. – As the Navy looks to grow from its 274 ships today to a new goal of 355, the chief of naval operations and commandant of the Marine Corps say the fleet will have to remain balanced and netted to support naval and joint operations in the future.

Adm. John Richardson said at a sea service chiefs town hall event at the West 2017 conference that, if more money comes to the Navy as expected, the first dollar will go towards current-Navy readiness, and the next priority would be modernizing ships in the fleet to keep them relevant for today’s and tomorrow’s fight. That said, he acknowledged that the opportunity to grow the fleet in the coming years brings with it an opportunity to make smart decisions that set the future fleet up for success.

“I’ve got to, because I’m here (at West), talk about the role of information technologies” in the future fleet, Richardson told USNI News during a question and answer session.
“That’s the thing that allows us and the Coast Guard to stitch together so well, and we’re sharing it very much with the Marine Corps. Providing those data standards, communications standards that allow not only within the Navy but with our sister services to communicate, sense, target together – that’s going to be a real force-multiplier, so there’s a digital part of this that’s going to be extremely important.”

He also cited “those things such as directed energy, those things such as unmanned technology, artificial intelligence, additive manufacturing” as playing an important role in future naval operations and therefore needing to be a consideration when designing and building future ships. The CNO made clear that the Navy didn’t know what exactly a 355-ship fleet would look like, and how ship classes – current and possibly new ones – might be balanced.

“But I will tell you that in the near-term, sort of the immediate actions, if given the resources to grow, we know right now a destroyer is something that is going to be relevant and capable as far as we can see into the future. Submarines, same thing,” he said.
“We’re going to continue to need amphibs, you never have enough. And the good news also is those production lines are hot; we can just see how much more we can build with those production lines, working very closely with our partners in industry. So immediate action, if given the resources, we have confidence that there are certain platforms right now we can just dial up.”

Commandant of the Marine Corps Gen. Robert Neller told USNI News after the event that the Marines do want more amphibs, but he stressed that “the fleet has to to balanced.” 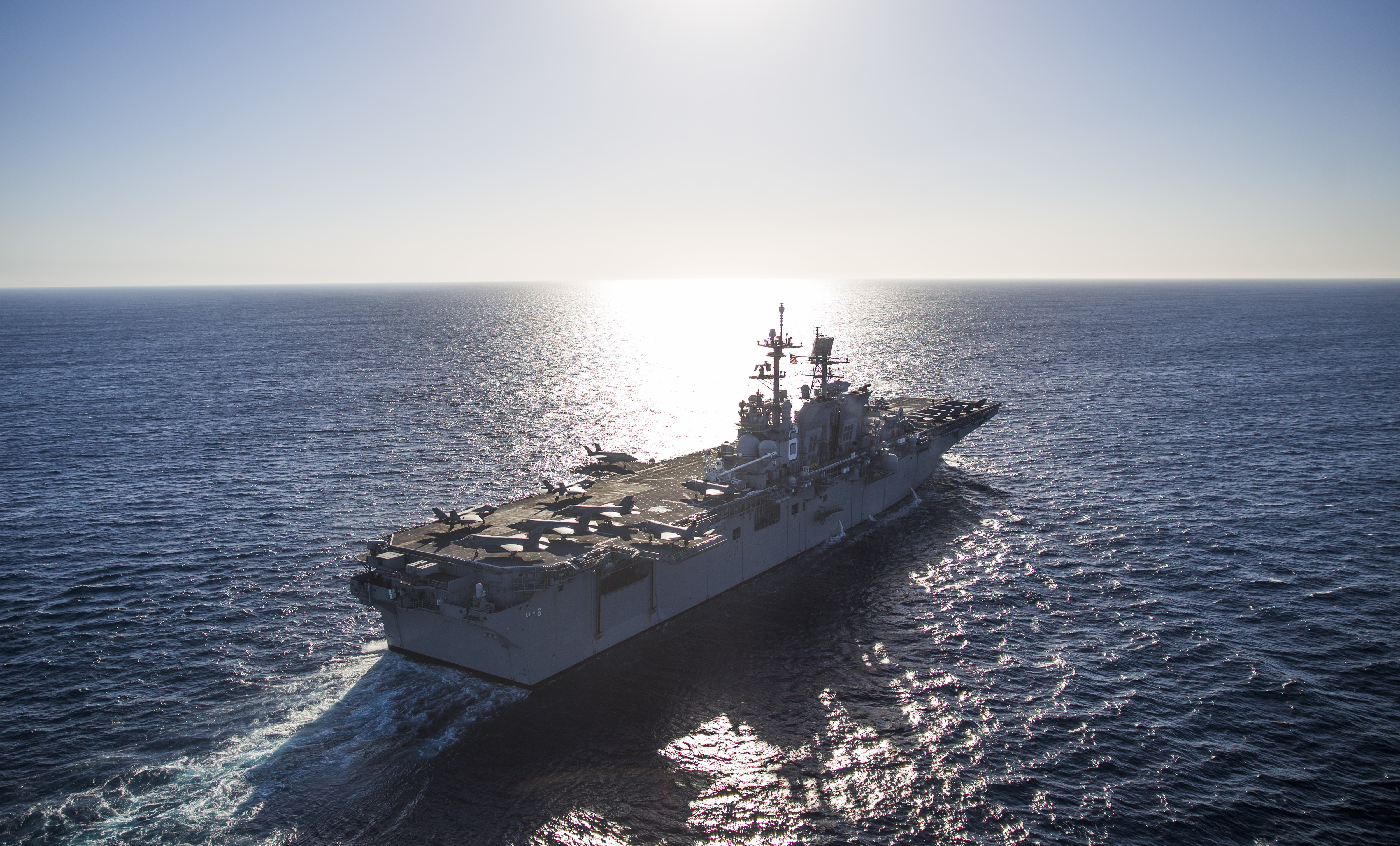 “Obviously we want to be able to have well decks to go surface and have a flight deck to go from the air, so we’re not single-sourced,” he said, signaling his support for the return of the well deck in the America-class amphibious assault ship Flight I design, after the first two ships in the class were designed with no well deck.
“So there’s the number (of amphibious ships) and there’s the capability and the types (of amphibs), but we’re also very interested that there’s enough submarines to provide protection for the force … and to do their mission to provide surveillance and [intelligence, surveillance and reconnaissance]. We’re concerned that there’s cruisers and destroyers to provide surface-to-surface fires ashore, that can do anti-submarine warfare, that can help protect the fleet, that can be used as platforms for smaller groups of Marines. I mean, we’re part of the Department of the Navy, and so we are interested in amphibs, of course, but we’re also interested in that the fleet has capabilities. And as a member of the Joint Chiefs, obviously I’m interested in the nuclear triad and that the (ballistic missile) submarine gets recapitalized.”

Neller added that the service may look at some new ways of moving Marines and their goods around – “there’s some interesting ideas about submersibles and moving people by submersibles,” he said, along with talk of having a fires barge to supplement warships – but those ideas are still premature.

“We believe we need to have a balance between big-deck amphibs that allow us to fly fixed and tiltrotor and rotary wing aircraft, and we’ve got to have the cargo capacity we get out of the LPD/LSD-type hull form,” he said.
“But we’re flexible enough, I think, to take advantage of any surface platform out there that would allow us to project Marines ashore, to have Marines operate on the oceans.”