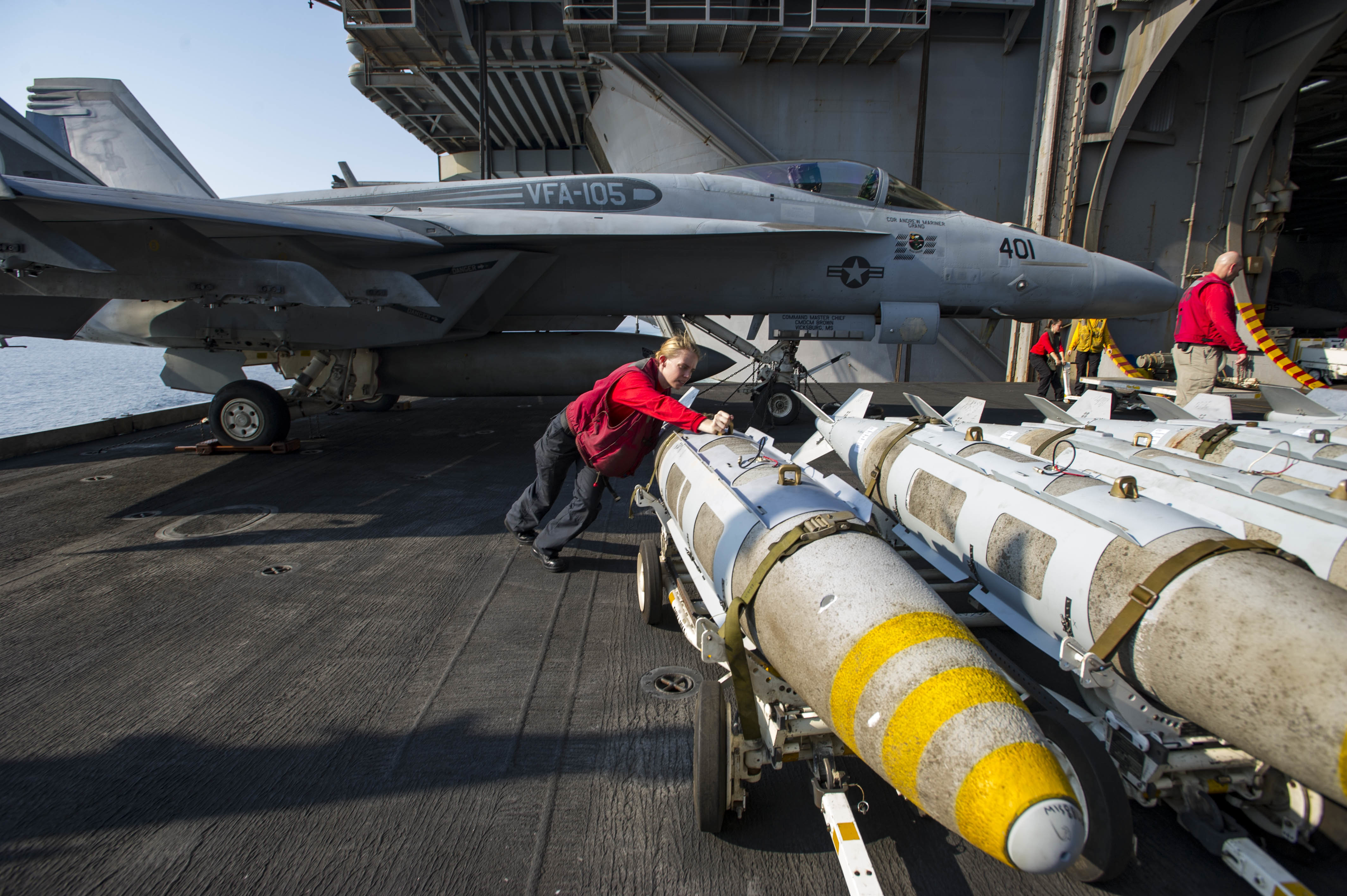 The Navy Integrated Fire Control-Counter Air (NIFC-CA) architecture is currently changing itself – as engineers find ways to bring in new airplanes, new data links and new weapons to work with the Aegis Combat System – but at a certain point a strong enough NIFC-CA network could allow the Navy to begin changing what weapons it buys, they said during a panel presentation at the WEST 2017 conference.

Though there are many challenges associated with integrated new systems into NIFC-CA, director for integration and interoperability at the warfare integration directorate (OPNAV N9I) Cmdr. David Snee said that if the ability to see over the horizon and share information quickly and accurately were to be achieved, “then I have a world where I could have a very sophisticated high-tech weapon, or not.”

“Right now we’re in a world where if I can’t see beyond the horizon then I need to build in that sort of sensing and high-tech effort into the weapon itself,” said Snee, who also serves as the deputy for the Chief of Naval Operations’ Task Force Netted Navy.
“But in a world where I can see beyond the horizon and I can target, then I don’t need to spend a billion dollars on a weapon that doesn’t need to have all that information; I just need to be able to give the data to the weapon at the appropriate time.”

The Navy has long acknowledged it is on the wrong side of the cost curve for many engagements, where a relatively inexpensive target from an adversary would force the Navy to respond with a very expensive smart weapon. Under the scenario Snee described, the weapon would need a guidance system and the ability to receive targeting data from a ship or aircraft, but not the sensors to seek out a target on its own.

Program Executive Office for Integrated Warfare Systems (PEO IWS) principal assistant program manager for Aegis development Cmdr. Andrew Thomson added, “it should be noted that every time you fire a weapon, it goes and blows up somewhere. So that’s always going to be a huge sunk cost. If you put the smarts and the sensors and the networks on the back end, those things tend to come back and are reusable and repurpose-able and everything else. But if you shoot a missile, it goes away and it’s going to blow up somewhere.”

Thomson warned not to underestimate the challenges of engineering this type of network: for every new sensor or weapon the Navy wants to add in, it takes a lengthy process of testing and measuring and testing some more to understand “what is the sensor, what’s the quality of the data that it’s giving me, what are its biases, how quickly can I get that information, what is the latency associated with it. Then, does that meet what the weapon can do, or do I need to change anything to make it work? That just takes a little bit of time and they have to do it incrementally with each” new addition to NIFC-CA.

Still, he said, if the Navy could expand NIFC-CA to be long-range enough and reliable enough, it could keep the “smarts” in the aircraft and ships in the network and save money on the actual munitions.

As NIFC-CA inevitably grows and evolves, Snee said the Navy wants to see it grow in a way that supports fighting in other domains.

“The last part of NIFC-CA is counter air, so it’s very limited in that domain,” he said.
“I think back in the [Pentagon] we’re broadening that aperture to look at naval integrated fires in all the domains. And so kind of addressing the problem from that aspect is what we’re doing going forward. This is the first chapter of [NIFC-CA]. … One of the things we’re really tackling back in D.C. is really to come up with an integration campaign plan for the Navy of how we’re going to stitch this together” and use the NIFC-CA concept to eventually go after surface or subsurface threats, for example.