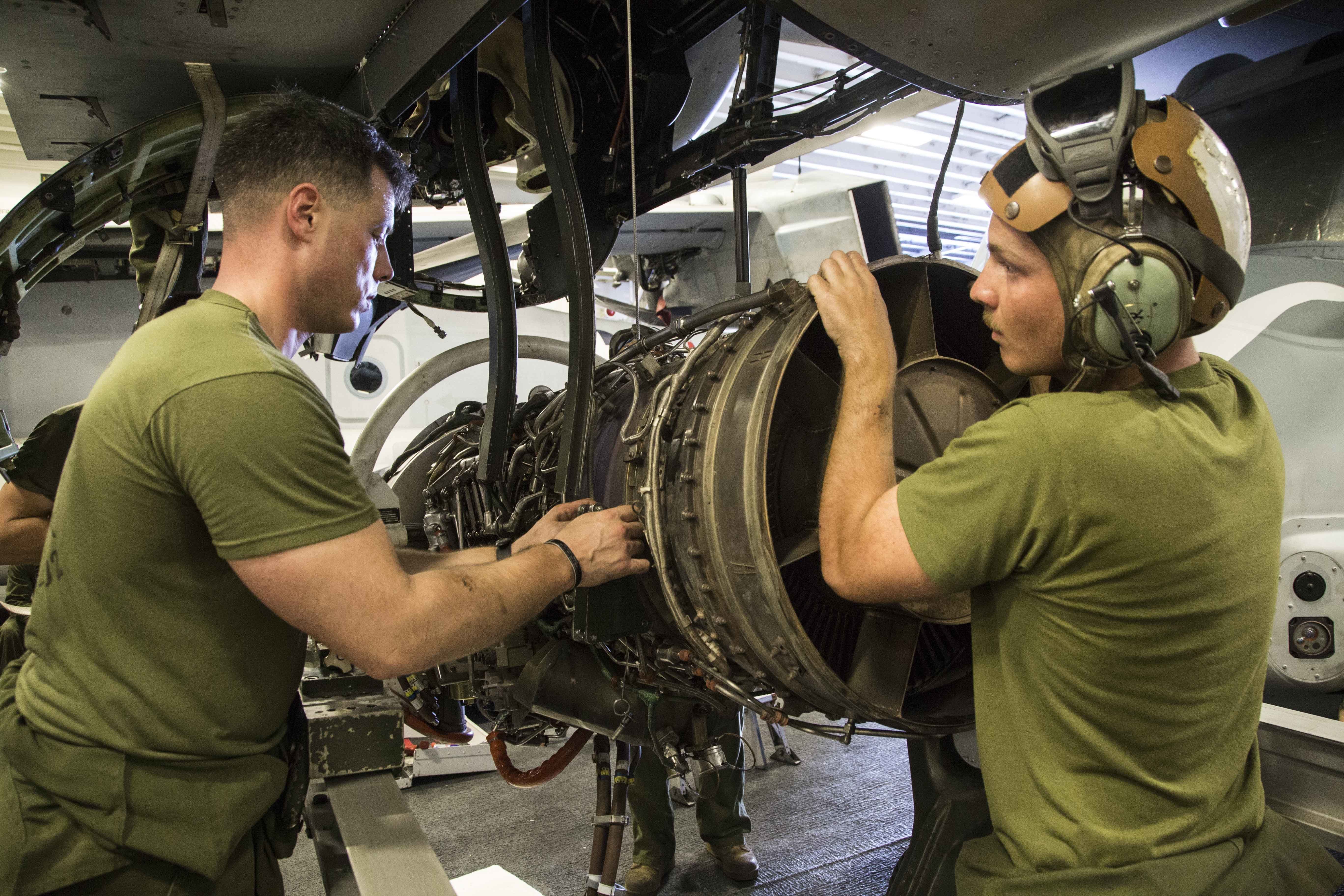 THE PENTAGON – The Marine Corps is tackling the little problems that combine to create major burdens on the aviation maintenance community, the deputy commandant for aviation told reporters today.

From a lack of spare parts, to Class C mishaps involving damaging a plane while towing it on the ground, to wasting time moving planes from one squadron to another, Lt. Gen. Jon Davis said at a media roundtable today that he was cracking down on these things that ultimately take maintainers’ attention away from routine maintenance that keeps airplanes flying.

“You guys are all very interested in the Class A mishap rate because that’s the one where airplanes are destroyed and people are killed; we’ve been focused on the little ones as well, because that takes airplanes off the flight schedule [and] I can’t fly my guys the hours they’re supposed to,” he said.

A recent Ground Mishap Review the Marine Corps conducted showed that these smaller mishaps – which have doubled over the last two years – are greatly contributing to “not mission capable-maintenance” rates, which keeps squadrons from having enough ready planes to support the required flight hours per pilot per month.

“You want them doing productive maintenance,” Davis said of aviation maintainers.
“If I tow an airplane into something and I damage it, on average that airplane is off the flight schedule for about 43 days, across the Marine Corps. That’s 43 days of maintenance that’s not doing what I would say is positive maintenance. In soccer terms, I kicked the ball in my own goal. I’m spending a lot of effort fixing things I shouldn’t have to fix in the first place.”

The biggest challenge squadrons of all type/model/series aircraft face is “not mission capable-supply,” where spare parts are not available and therefore the plane cannot be fixed and put back on the flight line.

“If you don’t have the parts you need on the shelf, what does a good industrious sailor or Marine do? They go get it off another airplane,” Davis said.
“That airplane’s a little more [broken] than that one over there, so I’m going to take it off that airplane and put it on that one. That’s several maintenance efforts, that’s very negative maintenance because I’m going to have to … go over, take a part off an airplane, install it on that airplane over there, and then eventually go back and put another part on the airplane I just took it off of. It’s crazy, but they’re doing it because they have to do it.”

The Navy and Marine Corps have sought to address this problem by asking lawmakers for more money for spare parts and logistics. While lawmakers are often inclined to find money in the budget for a new ship, or a couple new airplanes, or even sometimes more operations and maintenance money for flight hours, Navy and Marine aviation leaders this year stressed the need for the less-flashy logistics funds. Davis said the Unfunded Priorities List, which may help shape an expected supplemental budget for the remainder of Fiscal Year 2017, highlights the need for spare parts. 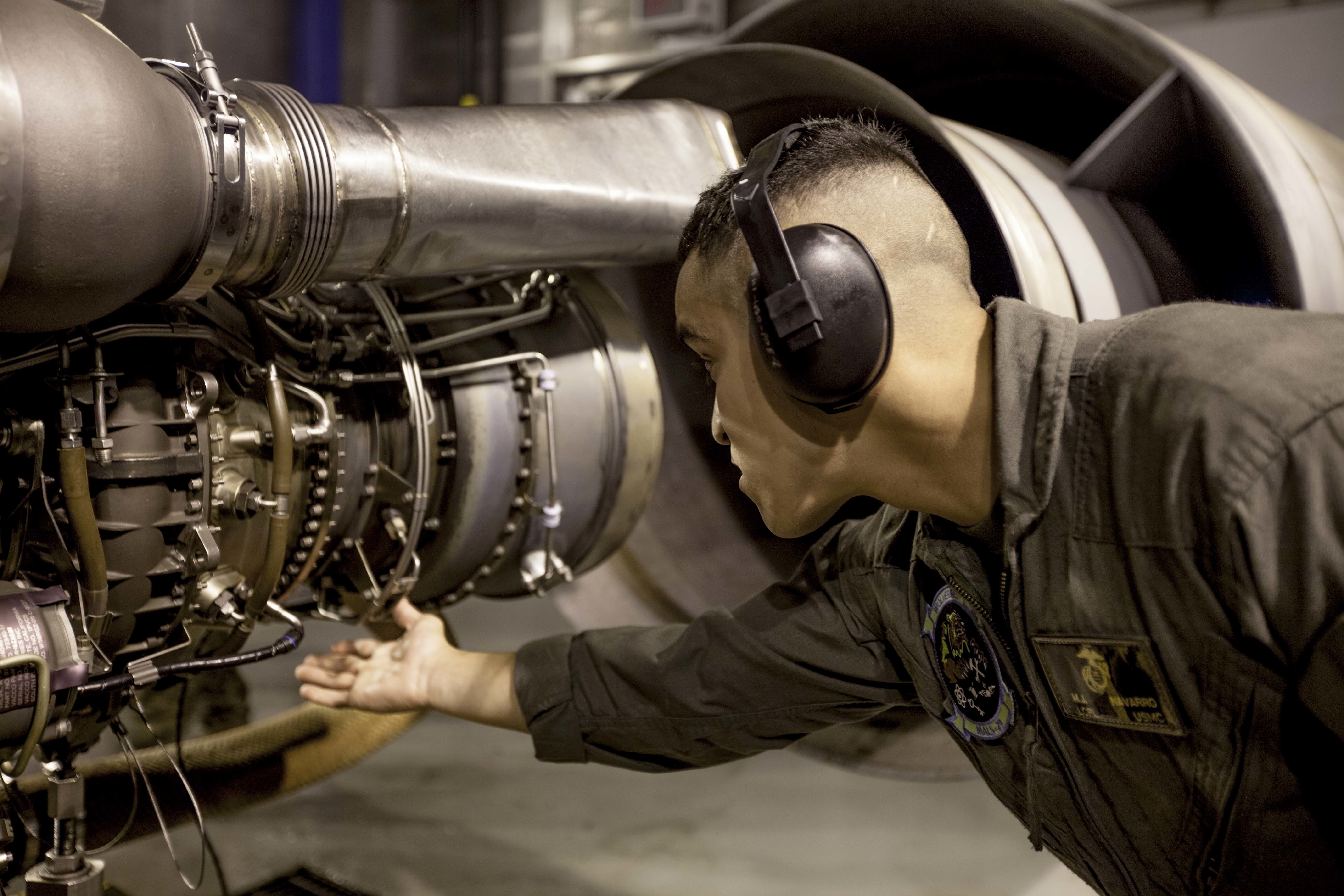 Another counterproductive but prevalent action has been transferring aircraft between units, typically in an attempt to get the most modern and highest-capability airplanes to the squadrons about to deploy. But Davis said this can take about a thousand hours of maintenance per transfer, and within the V-22 fleet alone this has been done 650 times since 2011. These hundreds of thousands of maintenance hours produced no additional readiness, he said, but just shifted planes around within the service.

Davis recently sent out a letter stating that “at the end of the day, I’m going to be the one to approve airplane transfers. Me.” He said he intends to monetize the man hours and require a cost-benefit analysis that looks at readiness lost due to the maintenance requirements associated with moving aircraft, compared to the warfighting capability gained.

A new effort in the V-22 fleet called the Common Configuration Reliability and Maintainability Initiative may help reduce the need to move aircraft around so much. In the Marine Corps and Air Force’s fleet of 263 Ospreys, 77 unique variations exist. The CCRAM initiative would take the oldest planes and, while they’re in the depot for a Preventative Maintenance Inspection Interval 1, bring them up to a common configuration to match the newest planes coming off the production line.

“We developed them off the line, there were changes we needed to go forward in combat, so they were modified as they came off the line, sometimes several in any given year and these airplanes went directly forward to either Marine Expeditionary Units or combat zones,” Davis explained of the Ospreys, which were fielded and used heavily for operations in Iraq and Afghanistan. 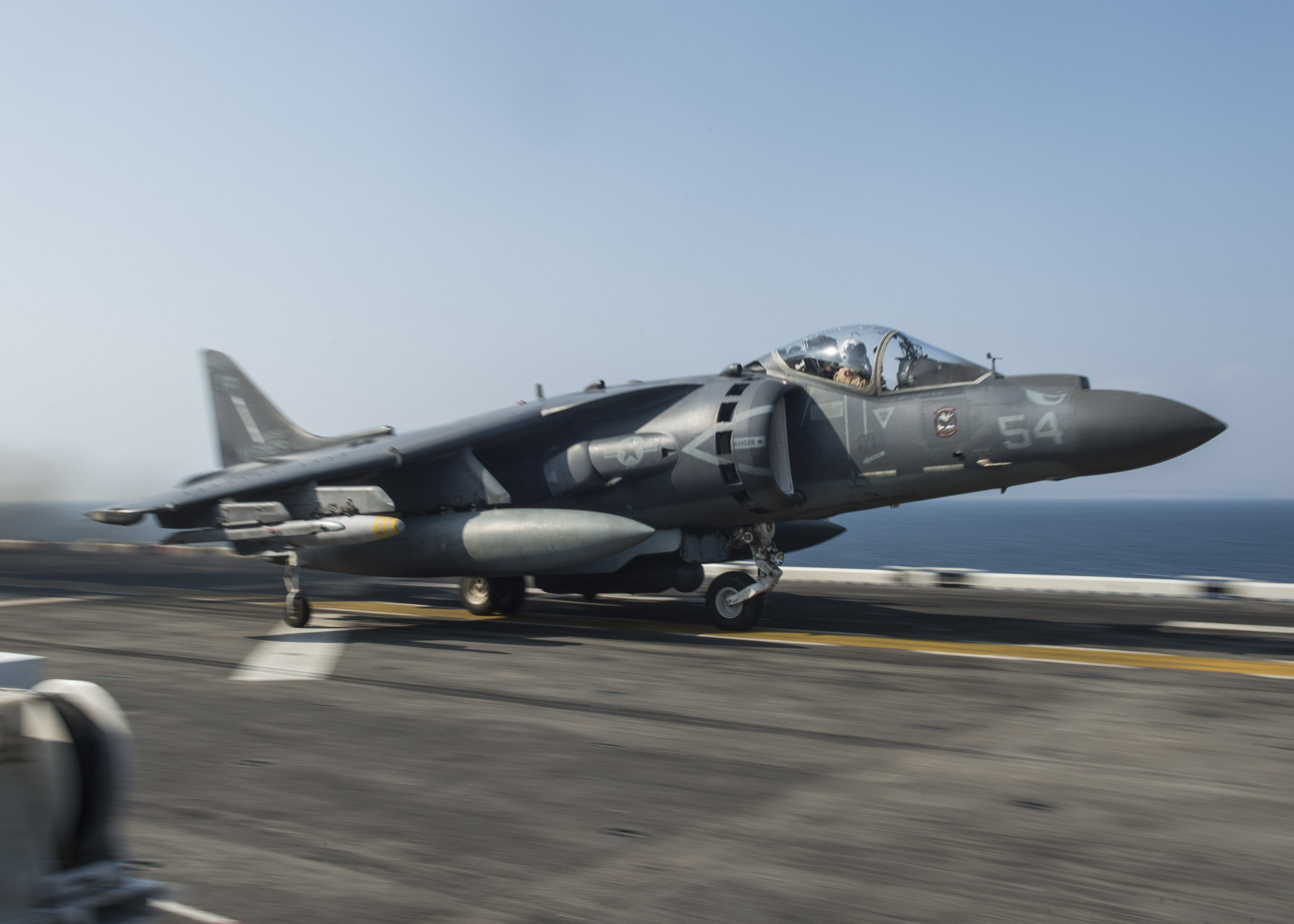 The many configurations do not affect the pilots flying the aircraft but do slow down the maintainers and complicate the logistics chain. CCRAM attempts to solve this problem, as well as make a few other improvements to the plane’s nacelles and other components to make them more reliable and maintainable.

“We’ve actually put money into that, we start the first two planes this year and then we’ll get up to 24 airplanes a year with with (CCRAM),” Davis said.

“By having a common configuration V-22… that’s going to alleviate my need to transfer airplanes,” he added.

Overall, Davis said the Marines’ readiness is improving compared to December 2014, when a readiness recovery effort began. The Marine Corps has should have 1,065 “in reporting” aircraft, with a goal of 589 of those being “ready basic aircraft” capable of flying training missions today. The service is 150 short of that RBA goal, with 439 RBA planes as of December 2016, though Davis noted readiness is typically lower in November and December due to holidays and fewer work and flying hours, and that readiness would trend upwards into the spring and summer months.

RBA is important because, without enough ready airplanes, pilots at home cannot fly the required number of hours per month to stay certified, let alone proficient. Davis said the Marines hadn’t met their flight hour goal since 2012 but that the service was meeting its goals for getting aircraft out of the depots and back to the flight lines, so by 2019 the Marines should close the gap and reach their RBA goal – and therefore hopefully the flight hour goal.