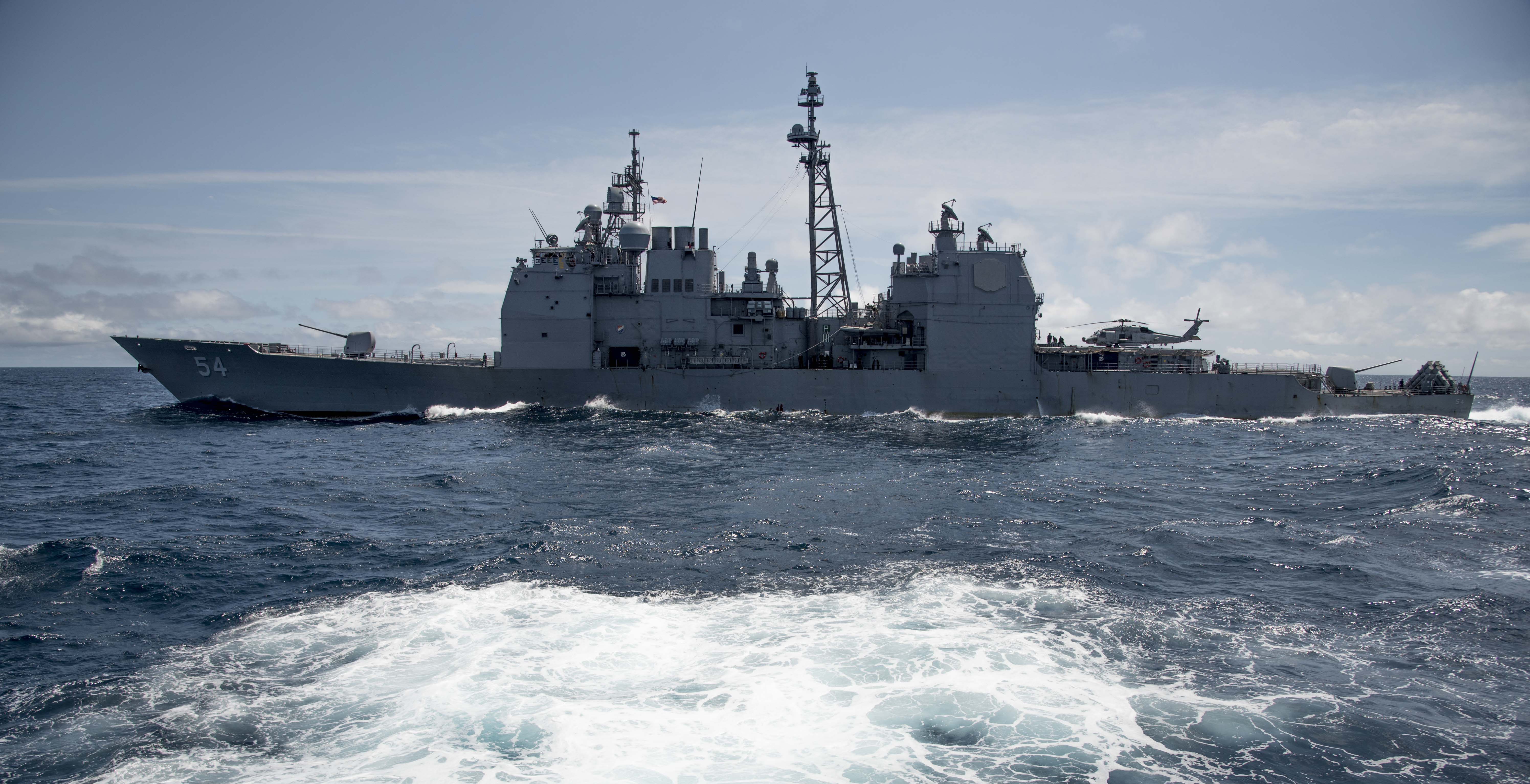 As the Navy continues to tally up the damage to a U.S. cruiser that ran aground Tuesday in Tokyo Bay, early damage reports indicate USS Antietam (CG-54) will likely undergo an extensive dry dock period to repair the ship, USNI News understands.

The Navy and Japanese authorities are also still searching for signs of the 1,100 gallons of hydraulic oil that leaked after the ship grounded, a U.S. Pacific Fleet spokesman told USNI News on Wednesday evening.

Antietam was moved pier side to the U.S. naval base in Yokosuka, Japan by tugs following the grounding and now divers are cataloging the damage to the ship with some early results.

“The ship has two reversible controllable pitch propellers and right now the estimates that have been provided so far indicate the propellers are heavily damaged to a point where they are not functional,” a Navy official told USNI News on Wednesday.

Divers have also discovered at least one of the two propeller hubs was damaged in the grounding. Controllable pitch propellers are highly complex hydraulic systems that allow a ship’s commander to position the propeller blades to change the speed and direction of a ship without changing the rotation of the ship’s shafts.

The variable pitch of the propellers increases the maneuverability of the 10,000-ton cruiser and allows the ship to come to a full stop from flank speed in only two ship lengths, according to Knight’s Modern Seamanship.

Damage to the hub would likely result in leaking hydraulic fluid from the system and require an extensive repair period in drydock.

There is no indication if there is additional damage to the ship’s hull or propulsion system following the grounding. 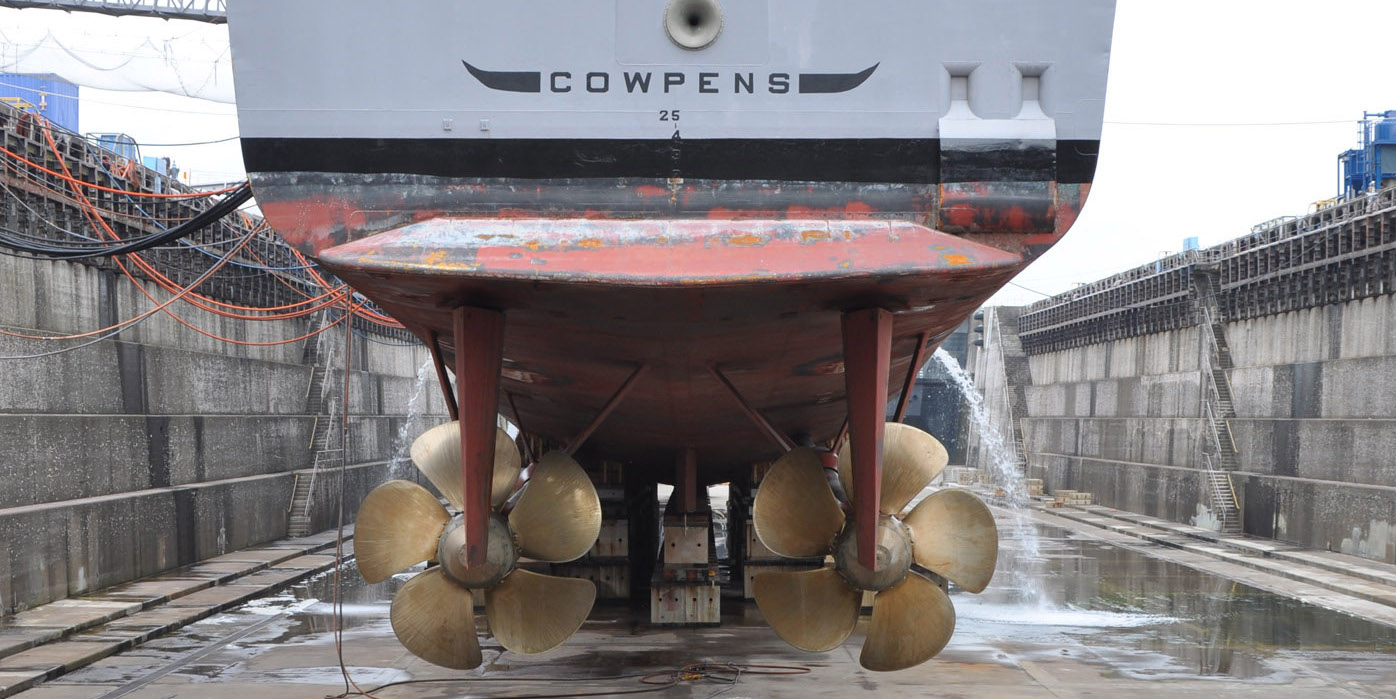 The investigation will likely take a month or more.

The last major grounding of a Ticonderoga-class cruiser was USS Port Royal (CG-73) off of Hawaii in 2009. The repairs cost more than $40 million in then-year dollars – though the damage was much more extensive than the early reports from Antietam.