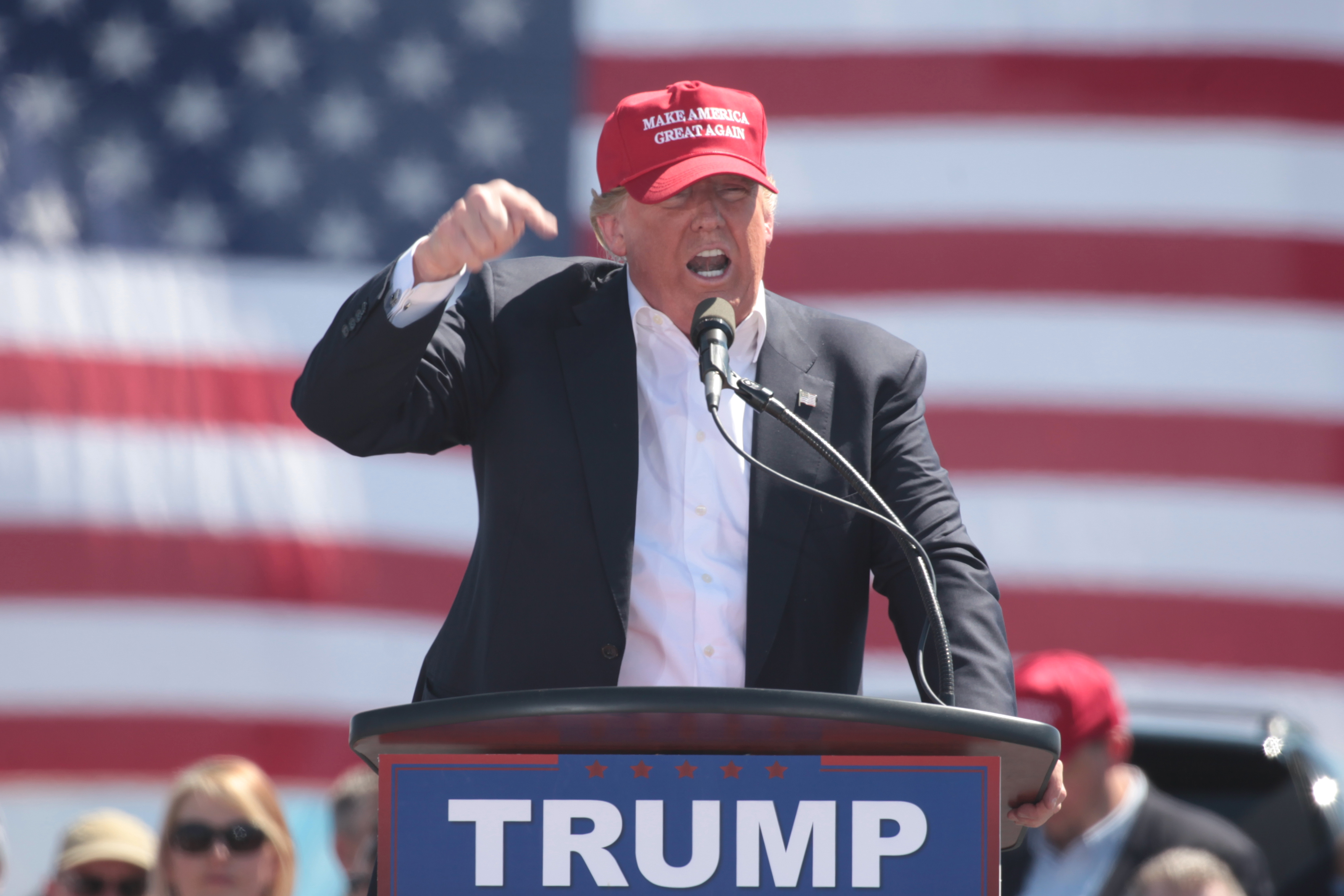 Donald Trump speaking with supporters at a campaign rally at Fountain Park in Fountain Hills, Ariz. in March. Photo by Gage Skidmore

A change in military strategy “could dramatically change” what the military buys under the Trump Administration, a panel of budget and defense experts said today.

Using President Donald Trump’s previous comments pitting Lockheed Martin’s F-35 Joint Strike Fighter against Boeing’s F-18 Super Hornet against each other, the panel noted that the competition could just be Trump’s new way of doing business, or it could allude to a change in defense priorities.

“If the defense strategy changes, like Trump has kind of talked about – for the Pentagon it’s been Russia, China, North Korea, Iran and terrorism; there’s indications that for the Trump Administration it may be flipped, that it may be terrorism as the top defense priority, then Iran, North Korea, and then China more an economic threat, and Russia, not as much of a threat,” Todd Harrison, CSIS’s director of defense budget analysis, said at a CSIS event on defense budgets under the new administration.

“If that holds true, then why do you need as many of these stealthy aircraft? That could dramatically change what we’re buying.”

Or, Harrison suggested, Trump could just be generating a competitive atmosphere for a sole-source manufacturer in serial production.

Andrew Hunter, CSIS’s director of the Defense-Industrial Initiatives Group, said during the discussion that Trump, via Twitter, had suggested that if costs for the fifth-generation F-35 couldn’t be controlled he might task Boeing with building a “comparable” Super Hornet.

“What does a comparable Super Hornet look like?” Hunter said.
“If you’ve got a different strategy, a 4 ½ generation semi-low-observable F-18 Super Hornet with lots of great carriage capacity, which it has, and good range, those could be very attractive things. But if your strategy requires you to operate continuously in denied-access air environments, there is no such thing as a comparable Super Hornet, it simply doesn’t exist. I have felt, this is just an opinion, but as I read the feedback coming out of various Pentagon officials including the [chief of naval operations], I don’t see a lot of pickup for the idea that our strategy is going to be one that a 4 ½ gen aircraft can get the job done. That’s certainly been my personal impression.”

But, Hunter added, “the strategy could change, that could drive us in a very different direction on issues like F-35 versus F-18.”

Harrison said Trump’s F-18 versus F-35 comments could foreshadow a change in strategy, or could be an attempt to pressure Lockheed Martin into lowering costs. The Navy has previously asked Congress for more money to buy Super Hornets now in lieu of carrier-variant F-35Cs, as the Joint Strike Fighter production and software development timelines slipped, and “it’s easy to say he’s uninformed, he doesn’t know what he’s talking about, F-18 doesn’t have the same capabilities as F-35C, and all of that’s true, but I think he knew that he was picking at a scab, that the Navy had pushed for this in the past and if Lockheed is going to feel competitive pressure from any other aircraft it’s probably that one.” 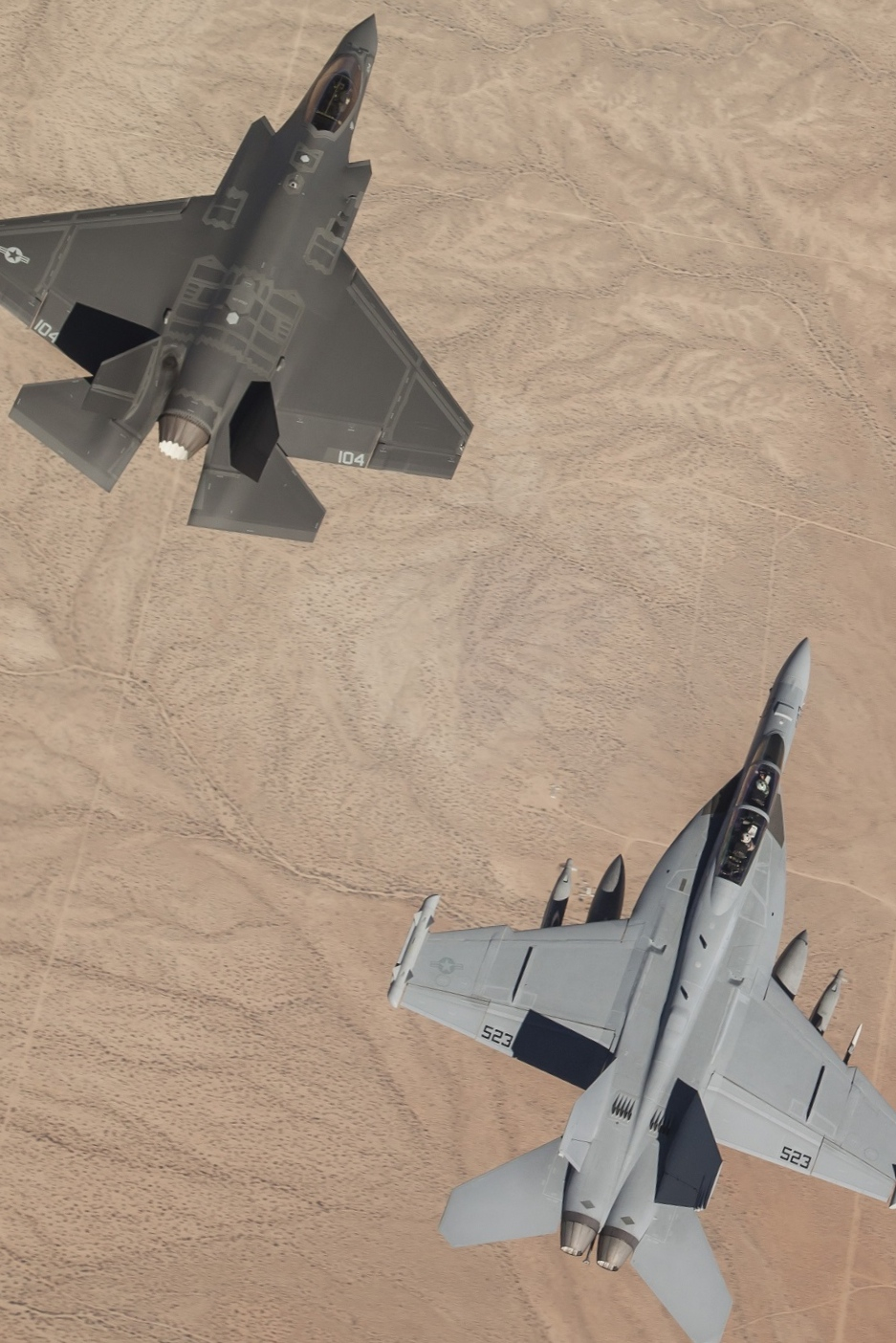 Hunter noted during the conversation that Trump “already had an impact (on defense acquisition), and that is unusual, to have a president of the United States speaking directly to specific acquisition programs is unusual.” He added that, though it’s not clear yet what changes exactly were in store, “he is going to have an impact on defense industry and the way it operates.”

Though Trump may be shaking up the defense industry world already, his team’s inexperience on the budget and acquisition side may force them to get off to a slow start getting the money to make any of these acquisition changes. Mackenzie Eaglen, a resident fellow at the American Enterprise Institute, said during the panel discussion that Trump’s team turned to Capitol Hill staffers for help drafting a supplemental defense spending plan for the remainder of the current Fiscal Year 2017, though that supplemental couldn’t take effect until Congress passes an actual appropriations bill for the year in lieu of the continuing resolution currently dictating government spending. That supplemental would focus on readiness, she said.

What comes afterwards for FY 2018 and beyond, though, is anyone’s guess. Mark Cancian, CSIS’s senior adviser for the International Security Program, put Trump’s potential budget plan – based on sparse comments Trump made during election season and a defense white paper his team put out, calling for a 350-ship Navy, a 36 infantry battalion Marine Corps and a 540,000-man Army – at about $80 billion a year above former President Barack Obama’s last spending plan but a bit shy of Senate Armed Services Committee Chairman Sen. John McCain’s (R-Ariz.) recently proposed defense spending plan.

However, Trump is still bound by statutory spending caps from the Budget Control Act of 2011, and there are no easy ways around the caps other than cramming regular base budget spending items into the non-capped Overseas Contingency Operations budget – something that Trump’s pick for Office of Management and Budget director Mick Mulvaney vehemently opposes.

It therefore is unclear how much more per year, if any, Trump could spend on defense compared to Obama, and therefore how quickly he could start achieving the larger military he outlined.