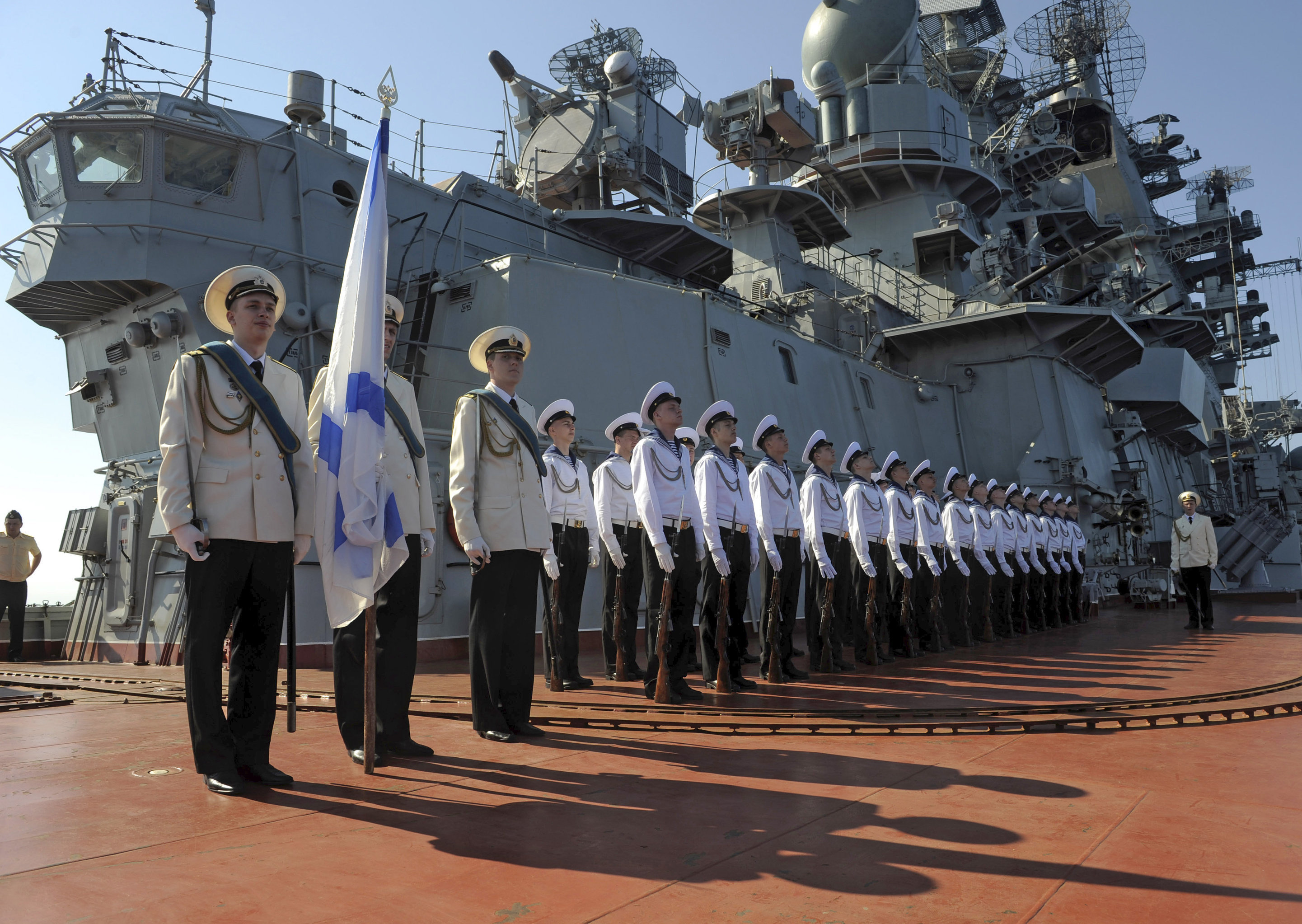 Russia and Syria have signed an agreement this week to expand Russia’s sole foreign base – a naval repair facility in Syria – into a larger naval base capable of permanently hosting 11 ships, according to the agreement issued by the Russian government.

The agreement — signed on Wednesday – would allow the Tartus installation to expand to berth larger surface combatants and submarines, according to Russian state-controlled press reports.

“The deal stipulates that 11 Russian vessels can be present in the harbor of Tartus at once, including the ships equipped with nuclear marine propulsion, provided that nuclear and environmental safety guidelines are respected,” read a report in the Kremlin-controlled Sputnik wire.
“Russia promises to send to Syria, at its request, specialists to help restore Syrian warships and will help organize the defense of the harbor of Tartus and help mount search and rescue operations in Syrian waters.”

Russia has held the facility on the Eastern Mediterranean since the early 1970s as a logistics and maintenance hub, and the site has been a key hub in Russia’s support for embattled Syrian President Bashar al-Assad.

“This agreement is an example of the rewards Russia is beginning to reap from having played a major role keeping the Syrian regime in power. The planned upgrades at Tartus will no doubt turn the base into an even more important naval and military facility for Russia in the future,” Eric Wertheim, author of U.S. Naval Institute’s Combat Fleets of the World, told USNI News on Friday.
“This is also the latest sign of Russia’s intention to increase and project its presence in the region, commensurate with its efforts to expand its naval and military power.”
While the Russian press stressed the expansion installation on Tartus would support the fight against Islamic terrorism, the permanent presence of Russian Navy assets in the Mediterranean is part of an ongoing campaign to project Moscow’s military power, Andrey Krasov, first deputy chairman of the State Duma’s Defense Committee, told the TASS news wire.

“Russia needs this base to be present in this region… Unlike NATO, the Russian Federation is the guarantor of security in the world,” he said.
“In Syria, we fight against international terrorism not only by words, but also by deeds. Both Russian Aerospace Defense Forces and Russian Navy’s ship groups demonstrate their professionalism, high qualifications in supporting the Syrian Armed Forces in the fight against terrorism.”

The U.S. has as well reinvigorated its presence in the region by stationing four ballistic missile defense-capable guided-missile destroyers at Naval Station Rota, Spain. The quartet of ships has often patrolled the Black Sea since the 2014 seizure of Crimea by Russian forces.