THE PENTAGON – The Navy and industry could act quickly to ramp up amphibious warship production if the Congress and new administration support the Navy’s new call for 38 amphibs, the director of expeditionary warfare (OPNAV N95) told USNI News.

Whereas the Navy had previously said it needed 38 but would only aim for a fiscally constrained 31 target for its amphibious ship fleet, an updated Force Structure Assessment released in late December makes clear the Navy and Marine Corps need 38. The services currently have 31, and two more are set to commission two more in the next two years – the future Portland (LPD-27) and Tripoli (LHA-7) – but the industrial base is there to support a quick ramp-up to 38 if the money were made available.

“We are ready to increase the size of the amphibious fleet, but obviously the administration and Congress will be the determiner of that because of the cost involved,” Maj. Gen. Christopher Owens told USNI News in a Jan. 6 interview at the Pentagon.
“But the good news is the industrial base is there, so we could build amphibs relatively quickly. … The amphibs are in relatively good shape as far as industrial base capacity.”

Currently Ingalls Industries builds the America-class amphibious assault ships (LHA-6) and the San Antonio-class amphibious transport docks (LPD-17). Ingalls is competing with General Dynamics NASSCO for the LX(R) dock landing ship replacement program, which will be based on the LPD design. While Ingalls had planned on building its last LPD – the future Fort Lauderdale (LPD-28), which will begin to incorporate some LX(R) features – and then transitioning to LX(R) if it won the construction contract, Owens said the yard could end up building both classes at the same time if the administration and Congress support faster amphib construction in the near term.

Ingalls Shipbuilding “is building LPDs, destroyers and (Coast Guard) National Security Cutters as well as our next big-deck amphib, so they could handle both” LPDs and LX(R)s at the same time, Owens said.
“NASSCO out in San Diego is competing for LX(R), so there’s a number of scenarios there, but frankly I don’t see any conflict if we start building LX(R)s and decided to add LPDs. The good news is the LX(R) being based on the LPD hull form, with a lot of commonality between the classes of ships. LPD-28, which the contract was just let last month, will look very similar to what LX(R) will ultimately look like. “

Current plans call for 11 LX(R)s, and the new FSA figure of 38 amphibs would likely drive that higher, so Owens said he could see a scenario where both NASSCO and Ingalls build LX(R)s at the same time, much like Ingalls and General Dynamics’ Bath Iron Works building Arleigh Burke-class guided-missile destroyers at the same time today.

Though the FSA calls for a 38-ship amphib fleet, Owens said the exact breakdown between LHA/LHD big decks, LPDs and LSD/LX(R)s is still to be determined. 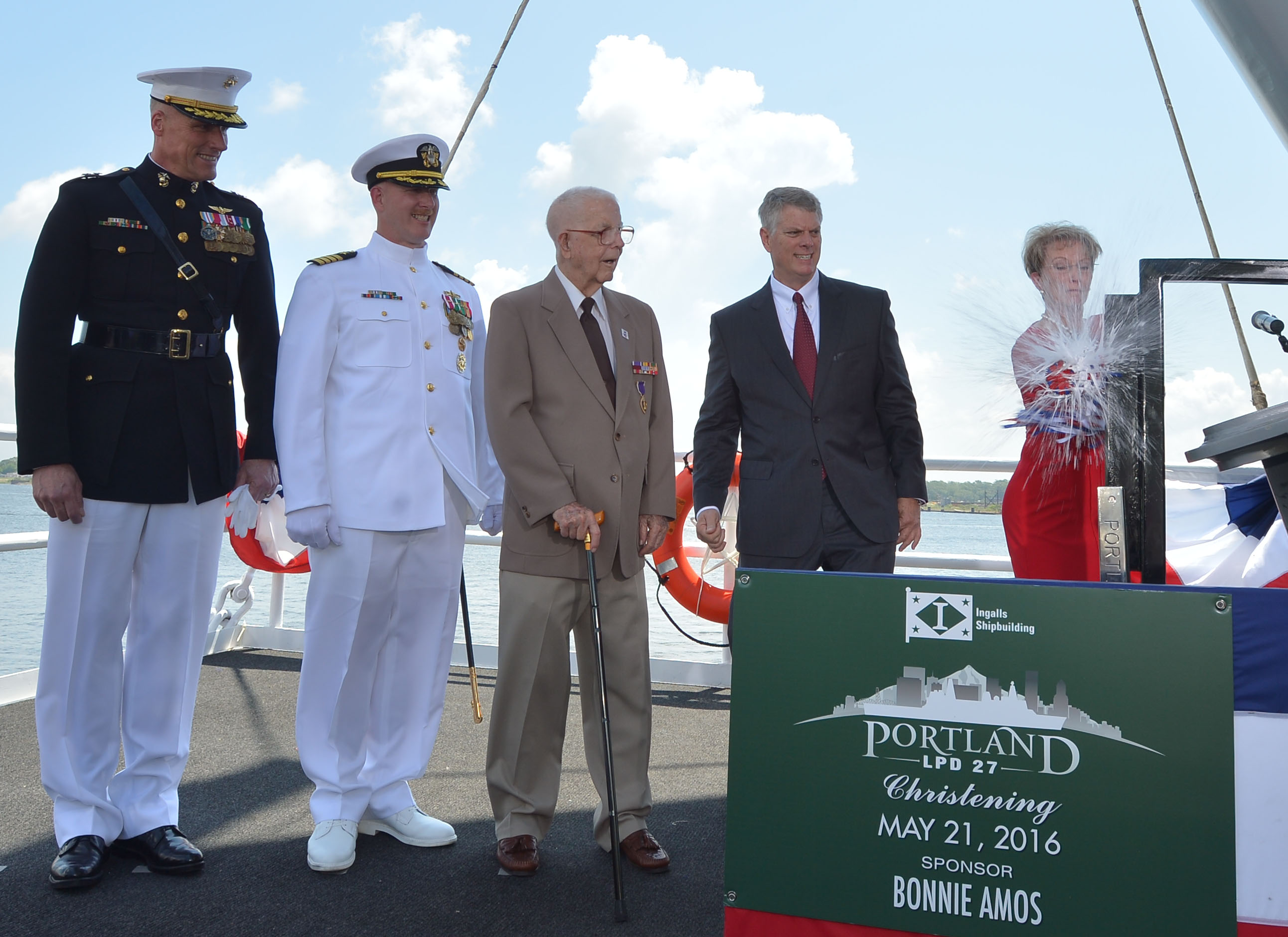 “I want more of everything, of course,” he said.
“Right now we have nine big decks – that’s really a historic low, and so getting back up to 11 with the delivery of LHA-8 in 2024 is a first goal. We’d like to see a balanced mix of ships between the LHA/LHD and then the LPD and LX(R) as nearly equivalent.”

Additionally, the FSA calls for an increase in Expeditionary Sea Base (ESB) ships – built at NASSCO – from three to six hulls. Only one is in the fleet today, with the second about a quarter of the way through construction and the third under contract but not under construction yet. Owens said these ships, which are not warships and do not meet the same standards as Navy warships, can be built faster than warships can, so NASSCO could built up that fleet “relatively quickly” if funding were made available. Whether funding in the next year or two would be made available to support continuous ESB production is yet to be determined.

“Clearly the demand’s out there,” he said.
“Commandants and [chiefs of naval operations] have testified that to meet combatant commander demand we’d need 50 amphibs. (That is unlikely) in the near-term anyway, so these (ESBs) fill a critical niche at the lower-end, so the demand signal is very high for them.”

Also important is the specific capabilities built into these ships. Owens said the request for proposals for the LX(R) will go out to industry later this year. Some aspects of the design have already been determined, such as having capabilities that will allow it to operate alone either during split-Amphibious Ready Group (ARG) operations or as an independent deployer, to meet combatant commander needs around the globe.

“Ideally the ARG and (Marine Expeditionary unit) stay together, but the truth is the demand for the amphibious expeditionary forces is great enough that we do often operate split or disaggregated,” he said.
“So having each ship capable of doing independent operations is important. And that’s again, it was one of the driving factors behind the selection of the design of LX(R) based on the LPD, so it’s got the greater aviation capability, which you need if you’re going to be out there by yourself, and probably as important or more important is the command and control capability. The LSD simply doesn’t have that; the LX(R) will.”

The Navy is still studying whether to put the Mk 41 Vertical Launching System on its LPDs or even potentially the LX(R), Owens said. The study is ongoing – each in-service LPD is slightly different and therefore the Navy has to study tradeoffs for each hull, he said, though the ships were originally designed to have the space, weight and power margins to support 14 VLS tubes. A separate study would have to take place for the LX(R) ships, since VLS tubes are not currently a requirement for the class design, but he said adding a VLS capability to amphib ships would provide long-range fire support for the ARG/MEU. 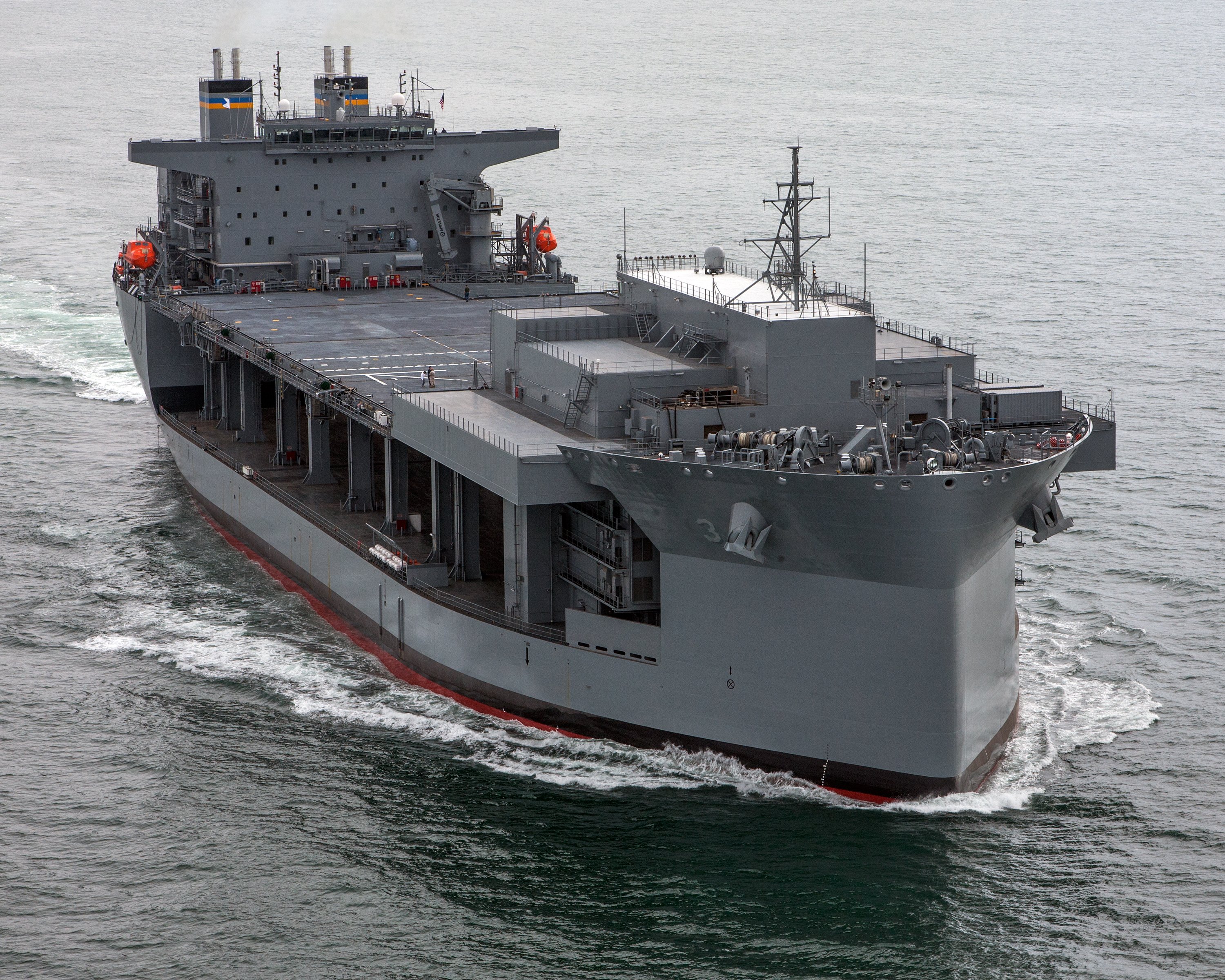 And lastly, the amphibious assault ships are set for a big capability boost when the F-35B Joint Strike Fighter deploys later this year. Six airplanes are expected to deploy with the 31st MEU aboard USS Wasp (LHD-1) this fall. Wasp has already undergone some JSF upgrades and will have a few more modifications made before the ship transits to its new homeport in Japan early this year.

USS Essex (LHD-2) is undergoing JSF modifications now and will be the first to receive them all at once. Wasp got JSF improvements early on and the Marines have learned additional lessons since then that will necessitate additional modifications. USS America (LHA-6) was built with some features to support JSF and had others added during its first maintenance period. Owens said N95 and other organizations will be watching the first MEU deployment closely to inform any potential additional modifications that would help ships better employ the fifth-generation F-35B.